We must admit to being highly sceptical of the X10 mini when we first heard about it. The full-size X10 fell well short of the mark and merely shrinking the device certainly wasn’t going to fundamentally fix any of its issues. Things weren’t helped by the gimmicky nature of the TV ads for the device with silly break-dancing fingers – like that’s how people interact with their phones. However, we must admit to being pleasantly surprised now that we’ve actually got our hands on the device.

First and foremost, it really is mini! With dimensions of 83 x 50 x 16mm, it’s not just small for a touchscreen smartphone but simply one of the smallest phones of any type that we’ve seen. It does seem (and in fact is) a bit thick, but for the most part this is just the proportions of the device making it look thicker than it actually is. 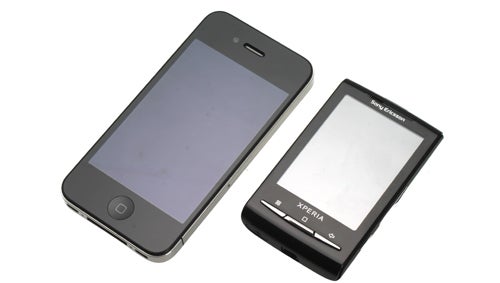 As with the full-size X10, the mini’s styling is nice with a relatively uncluttered fascia, but given those slightly chunky proportions and the sheer fact that so many buttons and other bits and bobs have to be shoe-horned into such a small space, it’s certainly not the ”most” elegant. This isn’t helped by the choice of a glossy plastic surface for the screen and front section, which gives it a slightly cheap feel and also makes fingerprints particularly noticeable.


For fans of making your mobile match your personality, you’ll be glad to know you can remove the backplate and replace it with a variety of alternatives. You get six covers in the box, which comprise soft-touch matt black, eggshell red, glossy metallic silver, eggshell pearlescent white, eggshell lime green, and glossy pink/silver finishes. Being boring old curmudgeonly blokes, we of course opted for the matt black one, but all the alternatives still looked quite nice.

The main controls sit underneath the screen, which from left to right are the context sensitive Menu button, Home button, and Back button. Whereas the back button can feel somewhat superfluous on some phones, the addition of a physical back button on this phone makes particular sense given the tiny screen. Sony Ericsson (SE) has thankfully dropped the dedicated search button, though: instead search is included as a widget on the desktop. On the top edge is a power/screen lock button.


Surprisingly for SE, which is famed for using proprietary connectors long after most other manufacturers have moved to universal standards, the company has included both standard microUSB and headphone sockets on the bottom edge. This is doubly surprisingly being as we wouldn’t have put it past SE to simply drop the headphone jack to save space. As ever, while we appreciate the potential benefits of covering the microUSB socket, we find these flaps more of a hinderance than a help in everyday use.

We’re also surprised to see a dedicated camera button on the right edge along with the volume control. What’s more, the camera even has an LED flash, autofocus, and can take shots up to five-megapixels in size. Even half-decent video is supported with a resolution of 640 x 480 and framerate of 30fps. Of course, viewing your photos and watching video on that tiny screen is going to be of limited enjoyment, but load the photos and videos on to your computer or straight to an online service like Facebook, Flickr, or YouTube and you can see them in all their glory.

Glorious probably isn’t the word you’d use to describe the shots that this phone produces however: acceptable, adequate, decent are all more appropriate. Performance of the camera app is also okay, so you won’t have any frustrating waits as the app loads, focuses, and then has a think before actually taking the photo. 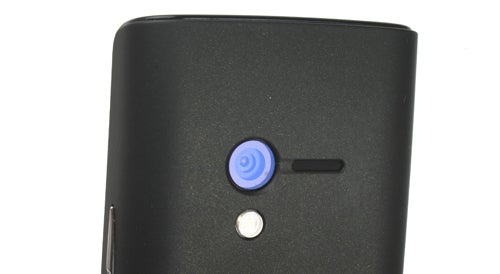 Looking a bit more closely at this phone’s screen, it measures just 2.55in from corner to corner, which to be precise is just 40mm wide by 53mm tall. Its 240 x 320 resolution is also very low – the same as the much larger “small Android phone” the HTC Wildfire. On a screen this size that resolution actually looks quite sharp, though obviously once you’re browsing the web or trying to play games the limited screen real estate is immediately apparent. Unlike large smartphones, many of which can display web pages quite comfortably, on the X10 mini you generally have to zoom in until only a third of the page’s width is displayed before text is readable. 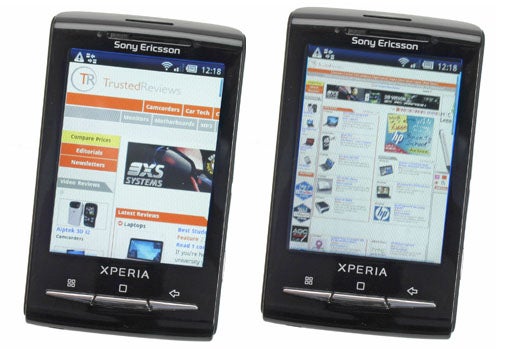 However, far from being a maddening experience, thanks to the inbuilt web browser on Android being so good and the phone being reasonably snappy, you can quite happily scroll around a page in double-quick time and get all the info you need. Also, as large blocks of text are made to fit the width of the screen, you’re saved from too much right-to-left scrolling. However, Flash isn’t supported and the screen doesn’t support multi-touch (despite using capacitive touch sensing) so you can’t pinch-to-zoom.


As for the general quality of the screen, it has decent viewing angles and colour reproduction, but its maximum brightness is fairly low so you might struggle in bright sunlight. 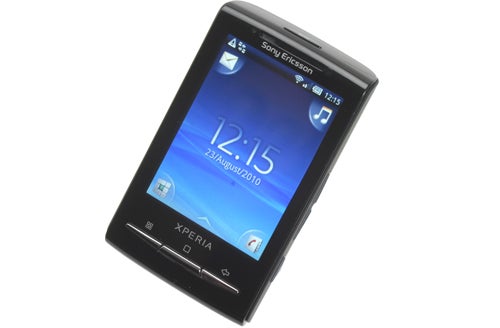 The X10 mini uses the 1.6 version of the Android operating system, which is someway behind the latest 2.2 version and combined with the low resolution screen will mean many apps on the Android MarketPlace aren’t compatible (though most of the basics are). As such you don’t get exchange email support, live wallpapers, USB tethering, as well as a whole host of speed and UI tweaks. However, given this phone’s size and some heavy customisation by SE, many of these improvements would have been of limited benefit.


Instead of multiple desktops that you can fill with widgets and shortcuts, the X10 mini only allows you to add a single widget to each desktop and there are just four fixed shortcuts in each corner of the screen. By default these link to messages, dialer, contacts, and music player but, as with the widgets, you can customise these to link to whatever apps you want. 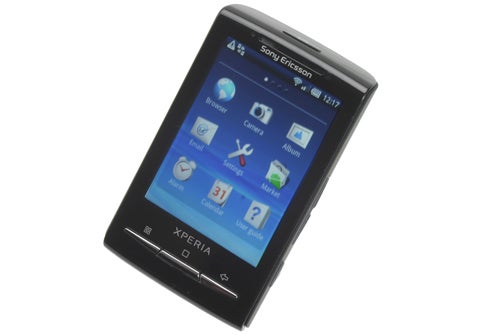 To access the rest of the phone’s apps you must open the main menu, which can be done either by pressing the home button or swiping upwards when on the desktop. Nine items are displayed on each page of the main menu and you can scroll left and right to access more pages.


It all sounds a little complicated and limiting, but in practice it works quite well. That said, we perhaps would’ve preferred the ability to add just a few more shortcuts to the home screen, rather than just four.

Elsewhere, much of the interface is standard Android except for the keyboard and the addition of Timescape. Timescape is SE’s social networking hub, and it provides a one stop shop for viewing all your friend’s messages and status updates from Facebook and Twitter in one long stream. It’s a bit of a hassle to setup and once done it adds little to the user experience, but if you desperately want such a thing then it’s there. 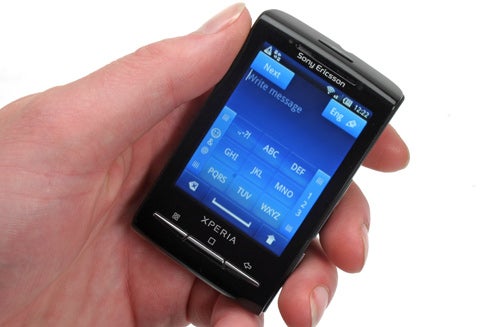 As for the keyboard, SE has heavily customised it, completely dropping a QWERTY layout and sticking with a nine button keypad. This obviously slows progress, but the text prediction engine is reasonably powerful so you seldom have to go back and correct mistakes.

An intriguing addition is the way you access the alternate characters. Instead of tapping a button to toggle what characters are displayed, you swipe left and right moving from a letters screen to a numbers screen and finally a special characters screen, the latter of which you can scroll down to access all manner of emoticons and other odd symbols.


It again sounds a little odd, but works well in practice. However, what doesn’t work so well is having the backspace button in the bottom left hand corner – almost exactly opposite where you’d normally expect to find it on a keyboard – and the screen’s lack of multi-touch. The latter means the screen can’t cope if you have more than one finger on the screen at one time, so if you’re typing fast with two thumbs and you inadvertently have them both in contact at once then no press is registered causing you to mistype words. This limits you to a fairly slow typing speed, which is probably fine for relatively slow texters, but for people that are used to bashing out emails and SMS messages in quick time on a QWERTY keyboard, it will feel positively glacial. 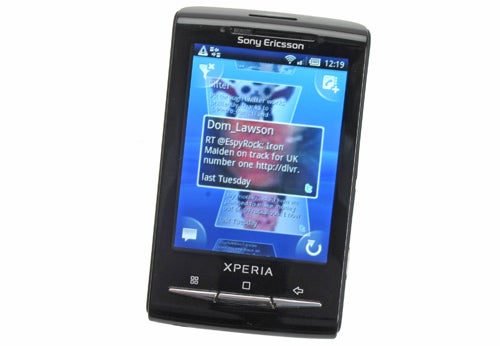 Overall performance of the phone is impressive, though. It generally feels quite nippy when flicking back and forth between programs and when running apps, like the aforementioned web browser. Connectivity is also impressive with HSDPA and HSUPA, Wi-Fi, and Bluetooth all on-board. What’s more, despite its small size, battery life was a decent two days for average use and call quality was more than acceptable.


As for cost, while this is a relatively budget phone compared to true high-end smartphones, at around £250 SIM free and free on contracts of £20, it’s not entirely budget either. Nonetheless, it’s one of the cheaper fully fledged smartphones available and certainly the smallest!


As with the HTC Wildfire, the X10 mini is not going to be for most smartphone fanatics as its small and low resolution screen will simply feel too restricting. However, it’s surprisingly usable and if size is your primary concern there’s simply nothing out there that matches it. 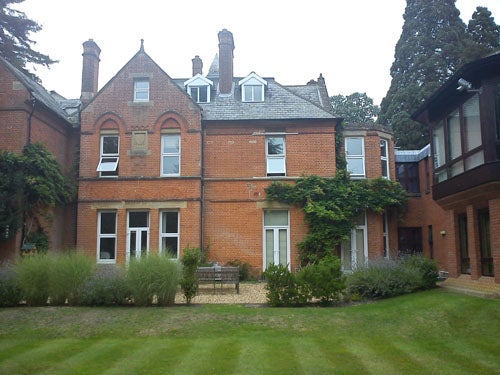 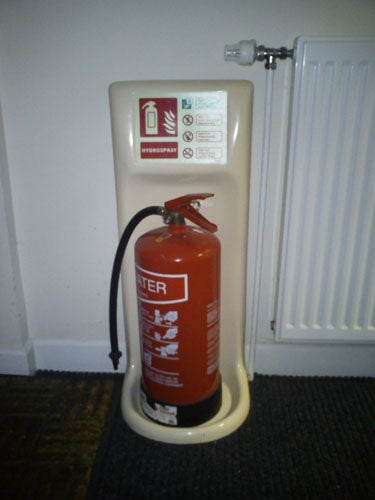 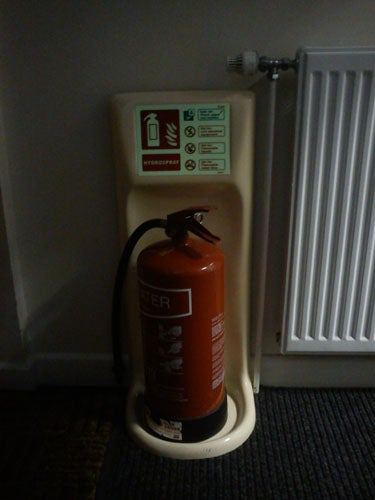