I’ve been saying for a long while now that Sony Ericsson should drop its W-for-Walkman and C-for-Cyber-shot branding and instead concentrate on producing all-rounders for different levels of the market. With the recent launch of the Aino, Satio and Yari it looks like Sony Ericsson has decided this would be a good idea too.


In the mean time, though, we have another entrant to the W range, in the shape of the quad-band GSM, 3G, Wi-Fi and GPS toting W995 – a slider which could be one of the very last to bear the ‘W’ moniker. Interestingly enough, Sony Ericsson has decided to include an 8.1-megapixel camera, more usually the domain of Cyber-shot handsets. 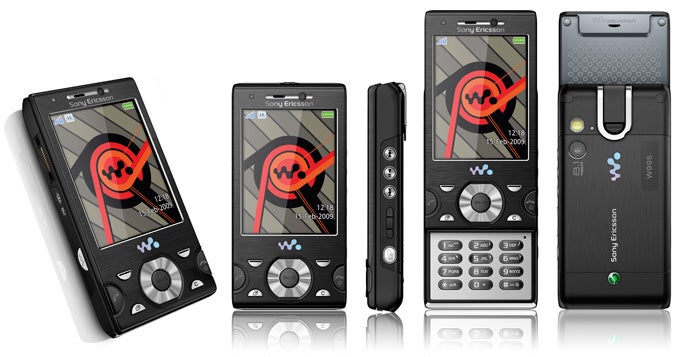 I’ve sometimes found Sony Ericsson’s phones a bit difficult to handle, but this mobile is an example of great, rather than grisly physical design. The build materials and general design are lovely. A solid black and silver colour scheme adorned my review sample. This being Sony Ericsson it has the grand name of ‘progressive black’. There are also ‘cosmic silver’ and ‘energetic red’ versions.


There is a stand on the back of the casing, which is beautiful in its simplicity. It’s a silver flip-out loop that enables the phone to stand either horizontally or vertically. When flush to the handset it provides protection for the backplate’s locking clasp.

The screen measures 2.6in diagonally and its 240 x 320 pixels are difficult to fault for sharpness and clarity. This is a comfy phone for the hand and pocket. It measures 97mm tall with the slide closed, 49mm wide, 15mm thick and it weighs 113g. With the slide up, I measured it at 125mm.


The slide action is very smooth, and the numberpad beneath it is nicely designed. The lozenge shaped keys are barely raised from the backplate, but they are very well spaced and feel comfortable under the fingers. Texting at my top speed was no problem. 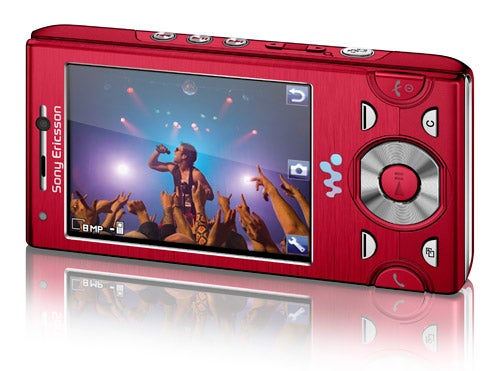 With the numberpad out of sight, there are plenty of buttons on the front and sides to keep you happy. Two softkeys, Clear and Activity Menu keys, and Call and End keys sit on the front. The Activity Menu opens up access to tabbed windows that let you get to notifications, running apps, shortcuts (including those you add), and Internet features.


When you are playing music, the front navigation pad doubles up to provide playback control. There are side buttons that perform this function too, along with volume control, so you can fiddle with tunes when the phone has other stuff on its screen. I have to say I really like this old-fashioned button-based approach to music playback. It’s so much easier to find the controls while the phone is in your pocket than it is when using a touchscreen.

In terms of sound quality, music playback is very good, and there is plenty of volume from the built-in speakers. The greatest joy of this handset, though, has to be the fact that Sony Ericsson has finally decided to show us it knows what a 3.5mm headset jack is. There is one on the top edge of the casing. 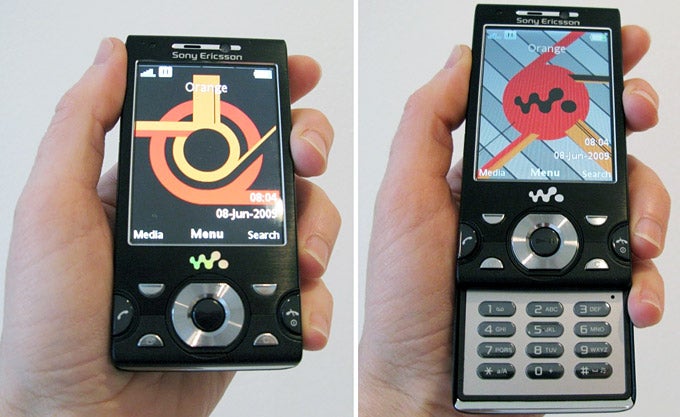 What I don’t really understand is that the provided headset is Sony Ericsson’s usual two-piece affair that shares the same connector as mains power. Yes, this is awkwardly side-mounted, but at least there’s a through-port on the mains power adaptor so you can both charge and use the headset at the same time. 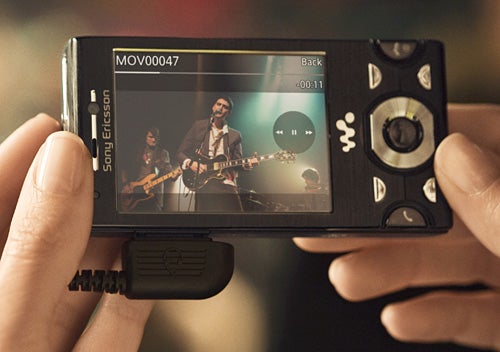 The two-piece headset has a 3.5mm connector just past the microphone so you can use your own set of headphones either in the microphone section or, of course, in the phone’s top-mounted jack. However, if you want to use just the supplied headphone part of the headset you might find things a little short. It gives you only 34cm of cable to the shortest bud, 66cm to the longest, so unless your top pocket is right on your shoulder this simply isn’t going to work. And even if it does, you can’t make hands-free calls without the microphone section.


Overall, then, this feels too much like a fudge for me to give it much praise. And considering the SIM-free price of this phone, a full set of inline music controls would have been nice too. 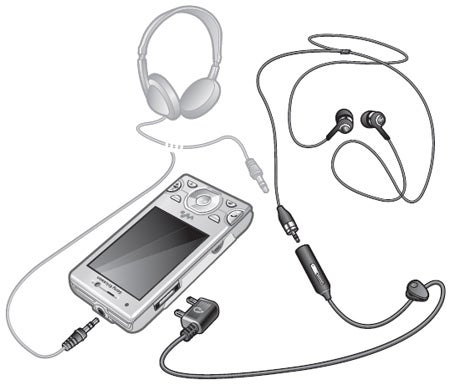 The dreaded ‘make myself look silly’ shake control is here too. You have to hold the Walkman button on the left edge of the handset then shake the phone towards or away from you to manage volume, and to the left and right to go forwards and back between tracks. I’ve never liked this system and don’t like it any more for seeing it yet again. With side buttons for these tasks, it seems totally redundant to me.


There is only 118MB of built-in memory, but Sony Ericsson provides an 8GB Memory Stick Micro card to boost that.

That 8.1-megapixel camera brings this Walkman phone up to the best of what the Cyber-shot range currently has on offer. The camera here suffers from having only an LED flash and not a Xenon one, but other than that, there are plenty of features including smile detection, face detection, and BestPic. This is a camera to be taken seriously, then. 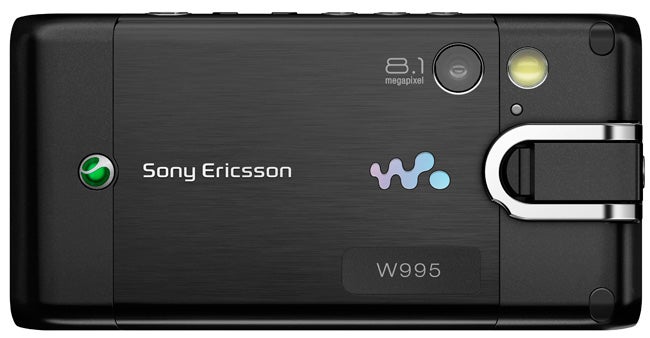 Image quality is very good. The coloured dish photographed indoors under normal household lighting is sharp and bright. The chair was photographed on a very gloomy day, its detailing is good. The poppy shows off the camera’s macro mode very nicely, and colour reproduction is accurate. There is also a front camera for two-way video-calling.


The multimedia and other extras are plentiful. I’ve already noted that both Wi-Fi and GPS are built in, but there’s also the BBC iPlayer, which offers both catchup TV and live streaming. Watching this or video over the YouTube client isn’t always great on the small screen as rendering is often blocky and not entirely smooth, and you can’t read captions such as those on the BBC’s news channel. But if you are in a fix it’s nice to have the options here. An accelerometer caters for automatic screen rotation in some applications including the iPlayer. 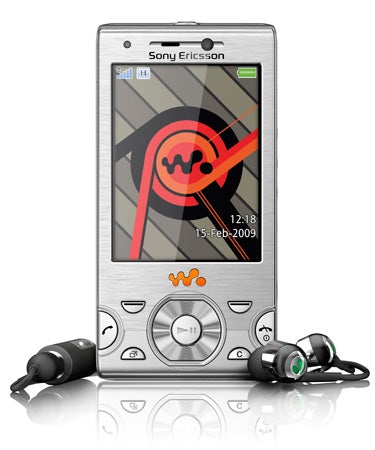 There is an FM radio, Sony Ericsson’s TrackID, PhotoDJ, VideoDJ and MusicDJ, sound recorder, messaging including email, alarms, calendar, tasks manager, notes taker, timer, stopwatch, and calculator. There’s also a range of services that take advantage of the built-in GPS including Google Maps; Tracker for recording routes travelled, for example during training; NearMe, which will find various venues and resources near your current location, and Wayfinder point-to-point navigation.


Yes, I’ve seen it all before – well except that welcome 3.5mm headphone jack, but I can’t help liking the W995. It is not exactly a revolution, but with GPS, Wi-Fi, excellent music playback and control, and a decent camera, it’s certainly a feature-rich handset – one that’s also well-built and relatively easy-to-use. The screen is a little on the small size to take full advantage of the available video streaming services, but its quality is good. Just remains to be seen if the W995 is a good place for the ‘W’ branding to take its final bow. 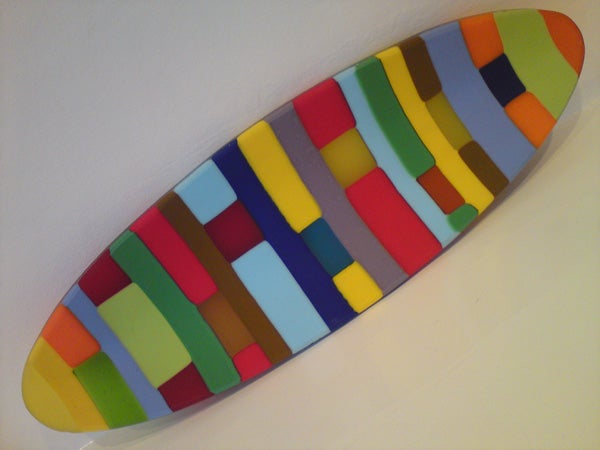 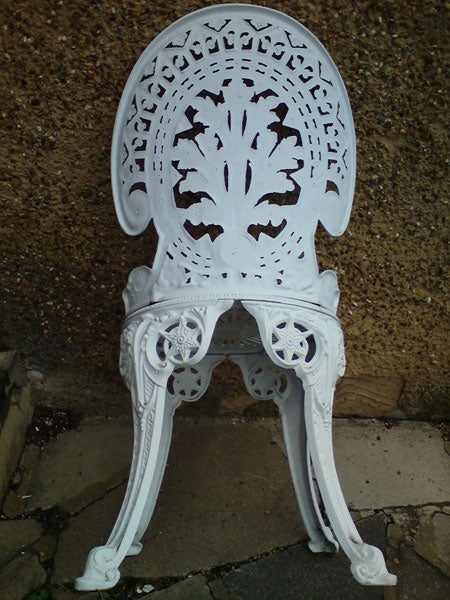 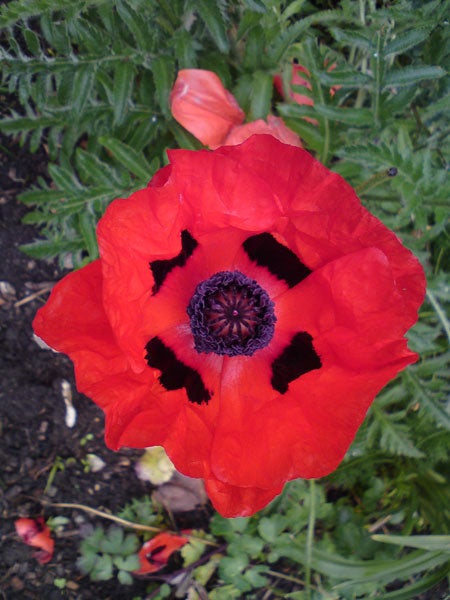