The W890i is Sony Ericsson’s current flagship Walkman handset. With 8GB of memory built in it is designed to meet the needs of the mobile music fan who doesn’t want to carry a separate player but who does want plenty of music at their disposal.


It is a tall order for any mobile phone to manage to combine the best that a mobile can offer with the best that a dedicated music player can offer. And the W980i doesn’t manage to achieve its goal, though it does make a good attempt. 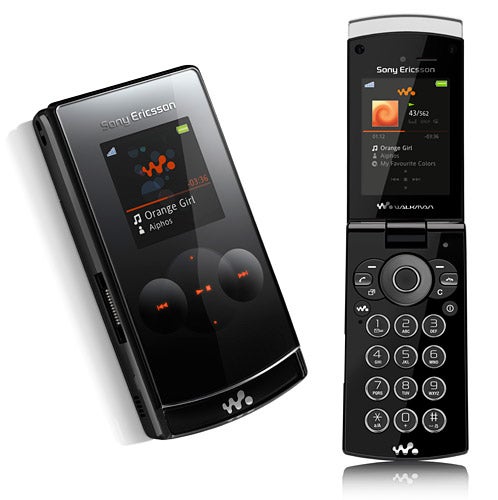 Sony Ericsson doesn’t do many clamshell mobiles. The last one I reviewed was the Z750 and more recently I looked at the lower end Walkman range clam-alike W350. Neither hit the spot for me, and the W980i doesn’t manage to do so, either.


This has nothing to do with the way the phone handles, looks or behaves when closed. The shiny black fascia is far less of a fingerprint magnet than I thought it would be for a start.


In the closed position its 92mm of height, 46mm of width and 17mm of thickness are comfortable to hold and its 100g of weight presents no problems. Yes, the phone is rather thick even for a clam, but it is comfy in the hand and cosy in the pocket. 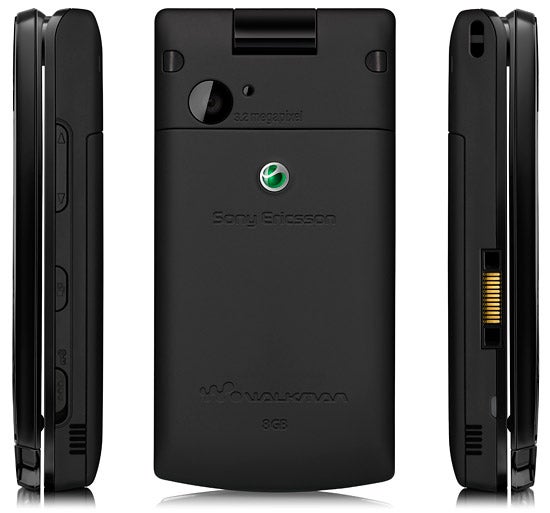 One of my problems with this phone is that it grows to nearly 180mm tall when the flip is opened. I find this too unwieldy to handle effectively. Maybe those with larger hands will like it, but dainty types might share my dislike.


The front controls and screen are superb. Three interlocking circles sit on the front fascia. When you tap one a square screen appears which measures about 1.5 inches across the diagonal and music controls appear within the circles. The controls are orange against the handset’s black fascia. You get a little haptic feedback to indicate you’ve pressed the selection you want – pause, play, back or forwards.


When a tune is playing you can run a finger round the larger central circle and up pops a touch-sensitive, white backlit D-pad. You can use this to move through lists choosing between artists, albums, tracks, playlists, genres, years, audio books and podcasts.

You can also use Sony Ericsson’s silly shake control. When the clam is closed, you place a finger on the pause/play controller; when it is opened, you use the Walkman key that sits above the top button row. Then you shake left and right to move between tunes, tilt the phone towards you to raise the volume, away from you to lower it. I’m happier with the touch keys and side-mounted controls to be frank.


You can switch to the FM radio and the standby screen using a side key, and a slider locks the outer touch buttons, protecting them against accidental use when the phone is pocketed. 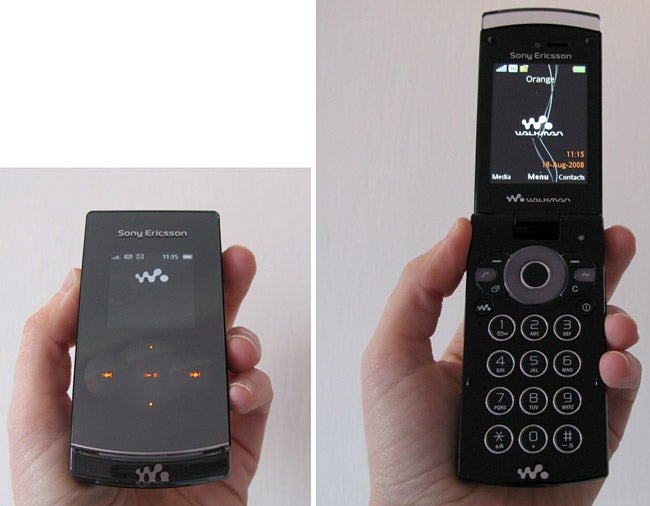 Inside, the main screen measures a healthy 2.2 inches diagonally and displays 320 x 240 pixels and 262 thousand colours. It is bright and sharp, as you’d expect from Sony Ericsson. However, it is the number pad area that really impresses. There is plenty of space for it to accommodate large number keys and a big D-pad as well as sizeable additional keys.


With 8GB of storage, you can accommodate plenty of tunes, though there is no Memory Stick slot so all your music has to come via Bluetooth or, better, a PC connection. You get a USB cable and the PC Suite software for this task.

The process of transferring music includes using the SensMe system. This automatically places tunes on a grid separating fast tunes from slow ones, sad tunes from happy ones. A SensMe grid on the phone lets you choose tracks appropriate to your mood.


With a battery life that Sony Ericsson says pushes 9 hours on GSM and offers 370 hours of standby you should get plenty of music playback. I didn’t have the phone for long enough to run my usual full playback test, but the timed testing I did manage to do indicates that there is enough life here for a day’s listening for even the most music hungry people. Oh, and there is an FM transmitter that enables you to send music to, for example, your car radio. 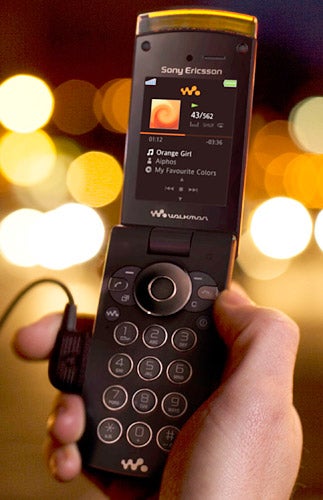 Sony Ericsson still can’t get its corporate head around the fact that it needs to build a 3.5mm headset jack into its Walkman phones. The one here is the usual Sony Ericsson brick. OK, there is a 3.5mm connector past the microphone, but that doesn’t really do the trick for me.


Moreover, the headset connector is on the side of the phone, making it sit awkwardly in a pocket. There is a pass-through connector on the mains power adaptor so you can use the headphones and charge the phone at the same time. It looks stupid but it does a solid job.

The W980i supports HSDPA and has a front-facing camera inside the flip for two-way video calling. The main camera lens is on the back. Stills are shot at resolutions to 3.2-megapixels. There is no flash or self-portrait mirror.


The coloured dish, photographed indoors under normal household lights and the chair photographed outdoors are both reasonably good. The tomatoes, photographed fairly close in, show how badly the phone manages at short range, but colour reproduction is good.


When viewing photos the screen can be set to automatically rotate as you turn the phone. But this doesn’t work with the Web browser, which needs to be rotated manually. 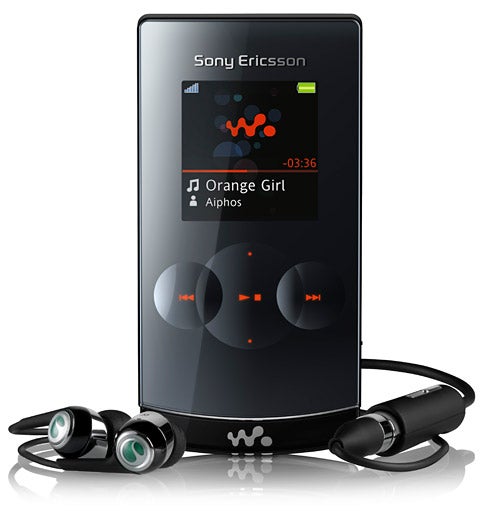 One annoying design quirk of this handset is that when holding it, clam opened, to take photos in portrait orientation, my index finger naturally rested along the back ledge created by the hinge. In doing so, it completely covered the camera lens. The solution is to hold the phone lower down which makes it feel top heavy and not entirely secure in the hand.


Without a Memory Stick slot you are forced to use the PC to transfer music and photos which won’t appeal to all. This is a very tall phone when its flipped open and the location of the camera lens didn’t work for me. As far as music playback goes there is a lot happening here, but the W980i is not the substitute for a dedicated music player that Sony Ericsson would like it to be. 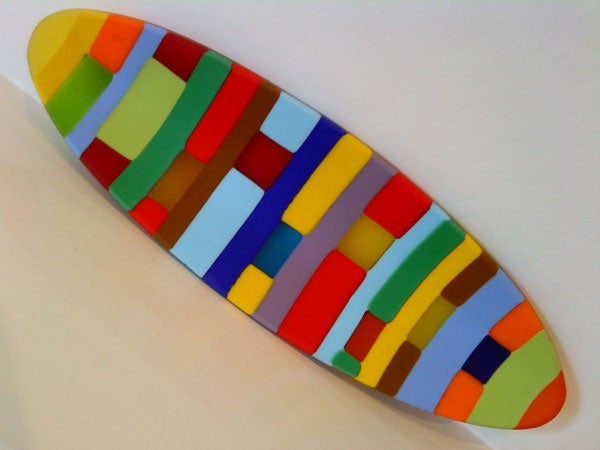 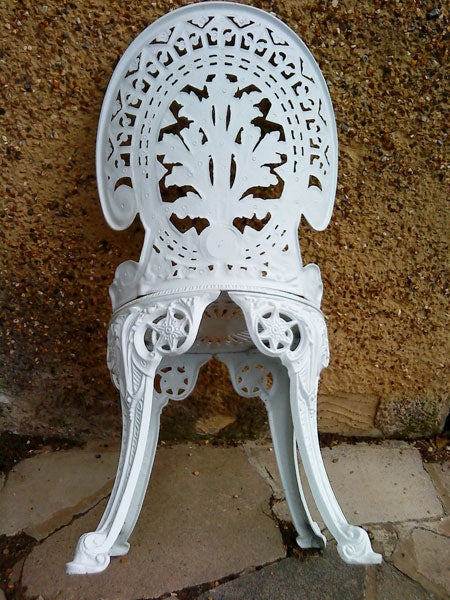 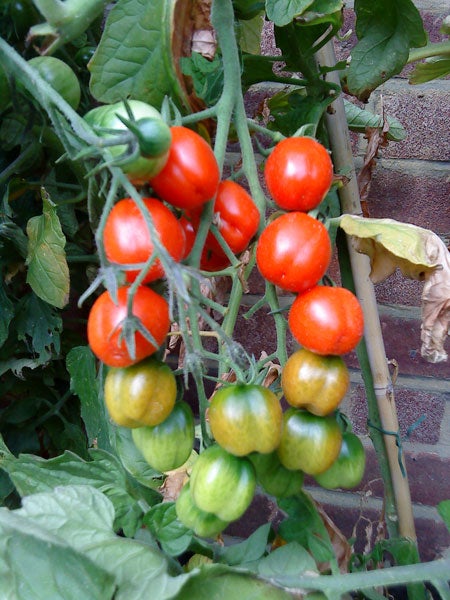