In the middle of last year I reviewed the M600i, Sony Ericsson’s attempt to bring the UIQ platform out of its chunky, smartphoney ‘P’ series shell and turn it into something for a wider audience.


Now I have the tri-band, 3G W950i in my hands. Like the M600i this is a small format slimline phone. It is 106mm tall, 54mm wide, 15mm thick and 112g and tucks away fairly nicely in the pocket. Its deep purple finish, which Sony Ericsson names Mystic Purple, looks brown in some conditions. It’s distinctive, though I’m not sure I like it.


Again it is an attempt to expand the audience for UIQ, this time aiming at music lovers, and its standout feature aside from Walkman branding and music playback ability is that it sports no less than 4GB of flash memory.


This is a lot of memory for a phone and as much as you get on the mid-range iPod nano. Unusually for a phone though there is no way of expanding the internal memory with flash memory cards. If you are OK using Sony Ericsson’s bundled Disc2Phone software or basic file transfer to get tracks to the handset, then good for you. But in my world neither is as convenient as using memory cards to get tunes onto a phone. 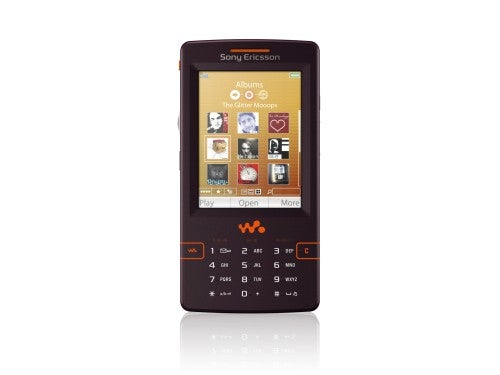 Battery life matters a lot for a phone that doubles up as a music player. The M600i did pretty well here delivering more than ten hours of music from its own speaker with its screen forced to stay on.


Sadly the W950i fared less well giving me a minute under seven hours of music, again with its screen forced on. That is disappointing when compared to what you get from standalone players.


Sound volume and quality through the loudspeaker were both reasonably good and loud too. You can view album art and assign a ‘mood’ to tunes. The choices are happy, sad, energetic, chilled and no mood. I rather like this idea. There is an FM radio which can automatically tune its twenty presets or you can tune them manually.


The headset comes in two sections. The part that connects to the phone contains the FM radio antenna, microphone used for voice calling and a lozenge offering controls for playback and system volume. Beyond these is a 3.5mm slot into which you can plug the provided earbuds or your own headphones.


Unfortunately, the lower section uses the same slot on the phone as the mains power jack. So you can’t listen to music while charging the battery.

I said right at the start of this review that the W950i is 3G so you might expect video calling to be part of the deal. Wrong. There is no front facing camera, and, incidentally none on the back either. No video calls, no stills shooting. At least 3G users will find the web browser capable. I like especially that you can flick into widescreen format to better view web sites.


Overall, the screen is very good. It measure 2.6 inches corner to corner, delivers 240 x 320 pixels and 262,000 colours. It is bright, crisp and vibrant. It is touch sensitive as UIQ demands. 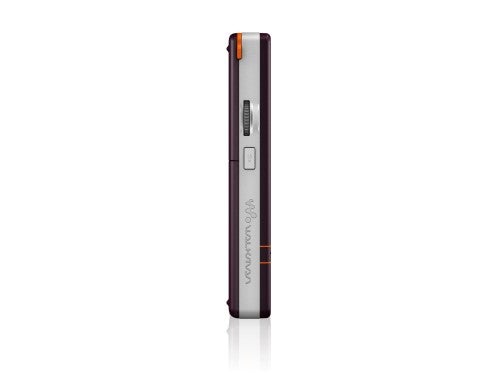 UIQ itself is a solid and capable smartphone platform. Diary and to-do list management with PC synchronisation, notes taking, mobile email, sound recorder, the already noted Web browser and RSS reader are all here. They sit alongside features like a stopwatch, calculator, unit converter and timer. Additionally, there’s more entertainment focussed stuff like TrackID. This records snippets of songs from the radio or other source and checks them against the Gracenote database telling you what you are listening to in a text message.


There is certainly plenty to entice, but the ergonomics of everyday use are not the best. The W950i has a flat number pad. Small pimples in the centre of each ‘key’ area make this easier to use than some, but it is not as pleasing or as fast to use as real keys. Texting was certainly a slower business than usual. On screen handwriting recognition and a tappable keyboard help a little but you need to use the W950i two-handed to take advantage of these and work with the provided stylus. Neither is as fast to use as a good number pad. 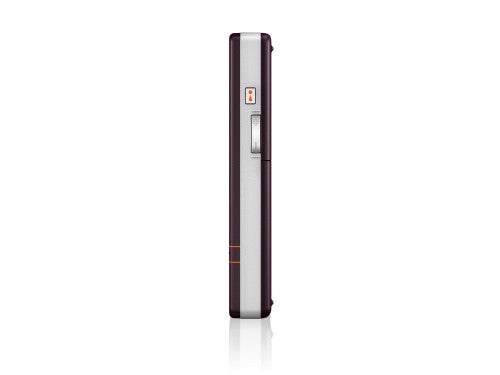 When you are using the music player three orange coloured control ‘buttons’ light up between the number pad and screen. One will play and pause tracks, one lets you skip forwards between tracks or within them if you hold it down, the third does the same job for going backwards. These disappear when you quit the music player. There is also a dedicated Walkman ‘button’ which is always visible and which launches the Walkman software, and another play/pause button – a proper one this time – on the right edge of the casing alongside a volume rocker.


A wheel on the left edge of the casing provides vertical scrolling and a press to select feature. Movement through lists on screen (for example lists of options or applications) registered a bit later than I expected, and there is an irritating freewheeling aspect so that when scrolling the wheel quickly it went rattling on for a list item or two after I’d stopped moving it. Scrolling slowly was the only way round this and it took a little self-discipline to get what should be the simple task of making a choice from a menu right every time.

Beneath the scroll wheel is a superb back button. Short presses cycle back through screens, a long press takes you straight back to the home screen.


On screen tappable icons are often simply too tiny to hit accurately with a finger. Just one example are the three buttons for quick access to the repeat, shuffle, and equaliser features on the main screen of the music player. You need fingernail precision or the provided stylus to hit any of these accurately. The real annoyance is that there is room within the screen design to have made all three much larger.

Some icons are lodged so far into the corners of the screen that I almost wonder if Sony Ericsson is having some kind of a joke at my expense, or, a less paranoid thought, if they had done much usability testing.


I’ve not yet come across a phone that can replace my Sansa e280 (Gordon reviewed the very similar but lower specced e260) and had wondered if the W950i might be it. It isn’t. 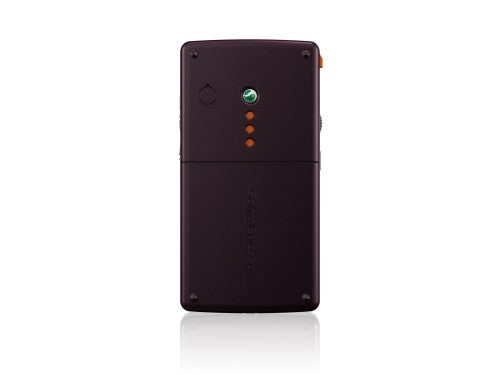 Nor, I think, is it likely to wow existing fans of Sony Ericsson’s Walkman phones. This leaves smartphone fans wanting good music playback as a possible target. Smartphone fans can be demanding customers, and the difficult user interface, poor battery life for music playback and fiddly number pad may do the W950i no favours in meeting their needs.


This is all a bit of a shame. I am in no doubt that UIQ is a strong operating system. If you are prepared to put the effort in and learn how all the little twiddles work, then the W950i is a capable, competent and ultimately useful phone. However, there are a lot of irritations and I just don’t think many people will be prepared to put in the effort.


The W950i’s 4GB hard drive is a lure but it is overly complicated by a poor user interface, which won’t satisfy either music or smartphone fans.