Sony Ericsson can fairly be said to be milking the Walkman brand for all it is worth, with Walkman phones aimed at different prices and targeting those who like different styles of phone. One such Walkman phone is the W705 – a slider aimed at the upper end of the mid-range scale. At a little under £300 SIM-free this phone is hardly a bargain buy so it has to offer plenty of goodness.


On the specifications front we have Wi-Fi – still something of a rarity for Sony Ericsson and a welcome addition here. The phone is a 3G handset with HSDPA and it has a front-facing camera for two-way video calling. There is no GPS though. A second iteration of this phone, the W715, which is exclusive to Vodafone in the UK, adds that particular feature in. The W705 will geotag photos, but like other handsets that offer this feature and lack a GPS antenna, it does so via mast triangulation, so the results aren’t perfect. 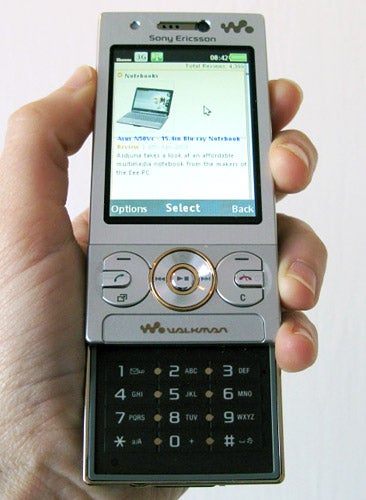 The last slider I looked at from Sony Ericsson was the C905 which I found somewhat chunky. The W705 is a welcome change. It feels neat and comfortable in the hand and for me it looks stunning.


The casing is a mix of silver, gold and brown and the combination looks a lot nicer than you might think. A significant amount of the front fascia is brushed aluminium, with gold trim around the navigation button, its central select button and the phone’s edges. The backplate is brown with a gold Walkman logo. Under the slide, the numberpad is also brown with two columns of small gold circles separating the keys. The only real design gripe I have as far as looks are concerned is Sony Ericsson’s apparent need to use the Walkman branding three times! 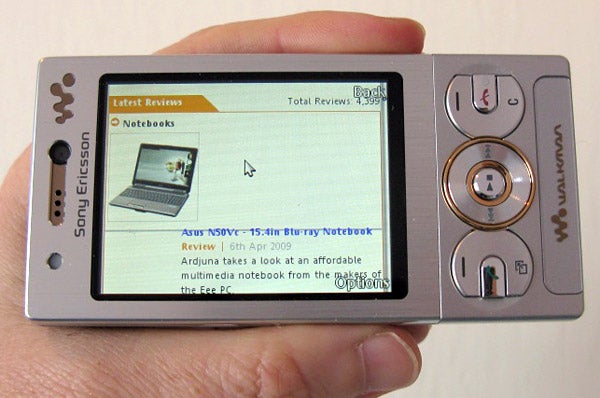 Sony Ericsson often falls down on usability for me but here the company triumphs. The numberpad is flat but its keys are slightly bevelled and respond well under the fingers. The front button design uses the circles concept that Sony Ericsson often brings into play. Some buttons are small but a combination of raising some (Call and End, and the navigation button) and making others concave (the softmenu/activity button/clear keys) works really well.


The screen, too, delivers well. It is a 320 x 240 pixel TFT LCD measuring 2.5in. It is just large enough for effective web browsing and the screen flips as you turn the phone when browsing too. It also does this in some other, but not all, applications.


Sony Ericsson spoils all this goodness with one major error. Regular readers will be anticipating this. On the left side of the phone is the mains power jack. The connector is the usual bulky beast, and this time it has a passthrough connector for the awful headset jack. Pocket snagging is sure to ensue.


There is one other usability feature to comment on. Sony Ericsson’s shake control is back. There’s a Walkman key on the top edge of the handset. You can press this at any time to get into the music software. When music is playing, you hold this key and shake the phone left and right to move through tracks, up and down to change volume. It is a gimmick. The Walkman button is a fiddle to hold down, shaking the phone makes you look like an idiot, and there are side buttons for these features that are easier to use. 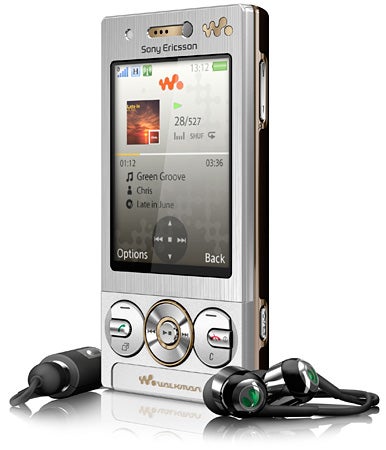 The music player itself functions superbly. Of course there is album art support and an equaliser with some presets and space for manual adjustment. I’d expect nothing less from a Sony Ericsson Walkman phone. An FM radio boosts the audio capability too.


The provided headphones are quite good to listen through, though having previously rubbished the headset connector I should now report that there is a 3.5mm jack just past the microphone section so you can use your own earphones if you prefer them.


More interestingly on the multimedia front, Sony Ericsson includes the BBC iPlayer so you can watch live TV as well as catch up and listen to live radio. This worked well for me over Wi-Fi though the screen, despite being OK for surfing, was a little too small for comfortable extended viewing. That said, coupled with the on-board YouTube client the W705 is quite a hot little phone for visual multimedia.


There is 120MB of on-board memory and you get a 4GB Memory Stick Micro card to bulk this out. The slot is on the left side of the phone under the backplate but you don’t have to remove the battery to get to it.

The main camera is a bit disappointing. It is limited to 3.2-megapixels for stills and it has no autofocus. The single LED light is bright but not up to what a Xenon flash could offer. You can use it as a torch but the setting is buried in the organiser section of the handset’s menu. The camera is on the back of the handset and not under the slide where its lens would be protected. 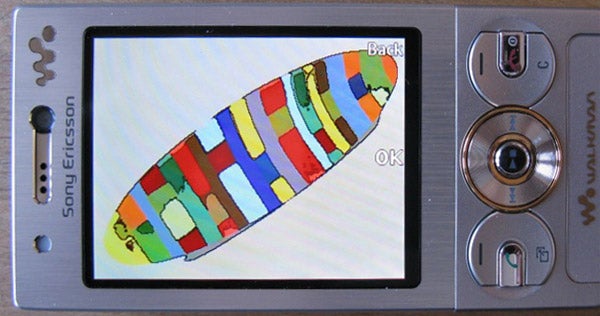 The camera is very easy to use. A side button starts its software and snaps photos, and the menu system is easy to work through using the shortcut buttons. With a photo taken you can edit it using PhotoDJ, changing brightness, light balance, adding effects and putting text, clipart and frames onto photos, for example. The cartoon effect is especially clever and the conversion is fast.


Images, though, are average at best. The coloured dish, photographed indoors and under household lights, is a little fuzzy though colour reproduction is OK. The chair is quite well-defined and acceptable for a camera of this quality. The flowers were photographed quite close in and show up a problem with colour reproduction outdoors. In the real world they are all the same purple colour rather than ranging towards blue as the photo would have you believe. 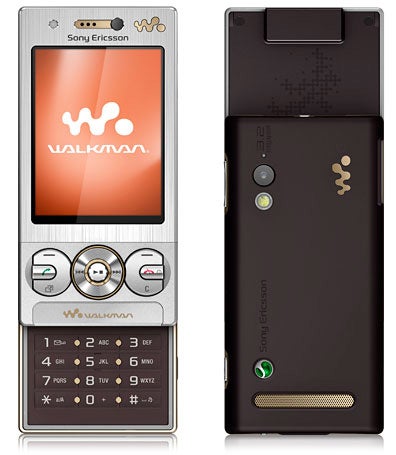 To get your photos online, there are automatic uploaders for Picasa, MySpace and Blogger and you can add others yourself. Other software not already mentioned includes messaging and mobile email, calendar, tasks manager, notes, timer, stopwatch, calculator, five alarms, Google Maps, sound recorder, the Walk Mate pedometer, AccuWeather for weather forecasting and Sony Ericsson’s VideoDJ and MusicDJ.


Battery life is rated by Sony Ericsson as 10 hours of talk and 400 hours on standby. Leaving Wi-Fi switched on I managed two days of use between charges.


The Sony Ericsson W705 is a comfortable, well-built and easy to use phone, though it does suffer from that awful headset connector. However, by adding BBC’s iPlayer and Wi-Fi to round out its features nicely, Sony has made the W705 an attractive option. 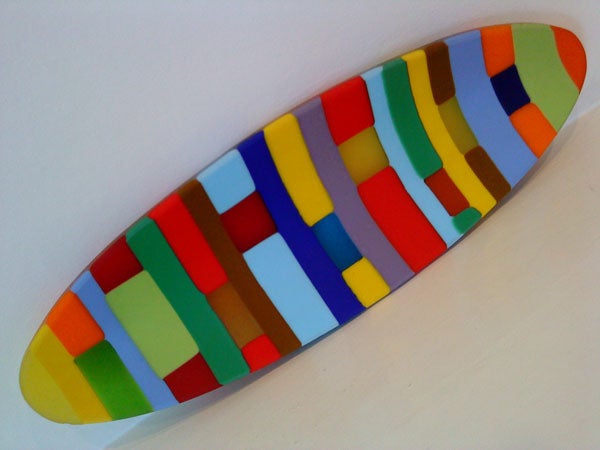 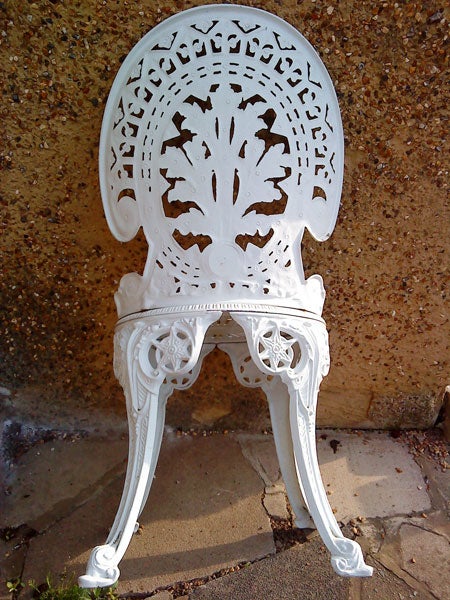 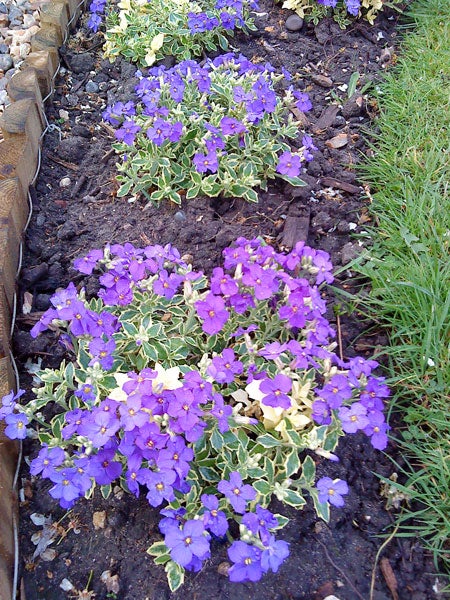