Last month I reviewed Sony Ericsson’s W595 handset and I was quite impressed; it hit a lot of the right buttons for me. It was also announced at the same time as the W302 which is an altogether less inspiring handset.


When writing this review, Carphone Warehouse was offering the W302 on O2 for free on a £30 per month contract.


Dropping in at the lower end of what Sony Ericsson has on offer, this handset could bring the Sony Ericsson music experience to the masses, but it is a bit lacking in specifications. 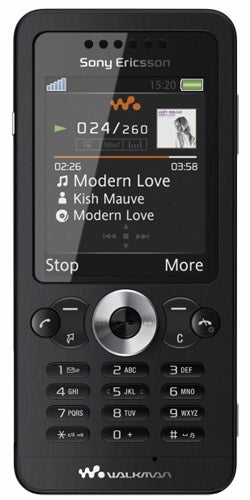 On the other hand I do like the design. This is a simple candybar handset, light in the pocket and comfortable in the hand. It weighs just 78g making it one of the lightest mobiles I’ve ever seen. Indeed it begs the question ‘how light is too light?’ since it has lost that reassuring weight and solid feel that some users might like.


It is ideal for those who want a phone to shove into a tiny pocket as it measures a mere 100mm tall, 46mm wide and 10.5mm thick. The ‘midnight black’ fascia on my review sample, with its silver highlights, was not unappealing and there is also a ‘sparkling white’ version.


The trade-off for the small size is a relatively little screen. At two inches, measured diagonally, it is adequate but there are plenty of phones with larger screens. Its 176 x 220 resolution mean that it lacks the definition I’m used to seeing from Sony Ericsson too. 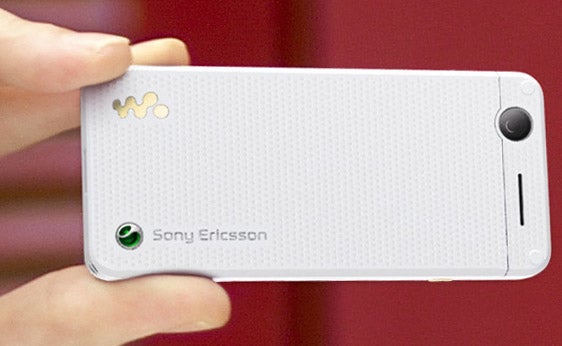 The buttons are reasonable. The number keys are thin wide lozenges and they do look small. But they are raised from the fascia and give a reassuring click when pressed which helps a great deal with usability. I found them OK to use, though if you have broad fingertips you might have a problem.


Above the number keys and beneath the screen is an array of buttons. Sony Ericsson has adopted its familiar rounded design for these. So, to the far left and right are small Call and End buttons that are complete circles. These are embedded into partially circular rockers the top end of which accesses the softmenus and the bottom end of which is for Clear and Shortcuts features.

Sadly the W302 lacks the excellent Sony Ericsson Activity Menu that I like to praise every time I see it. The Shorctuts key instead simply opens up a set of six options – TrackID, Bluetooth, Alarms, Profiles, Tasks and Record Sound.


Side keys run to a volume/camera zoom rocker and camera button on the right edge and a Walkman button on the left, the latter starting the phone’s music software regardless of whatever else you happen to have been doing at the time. 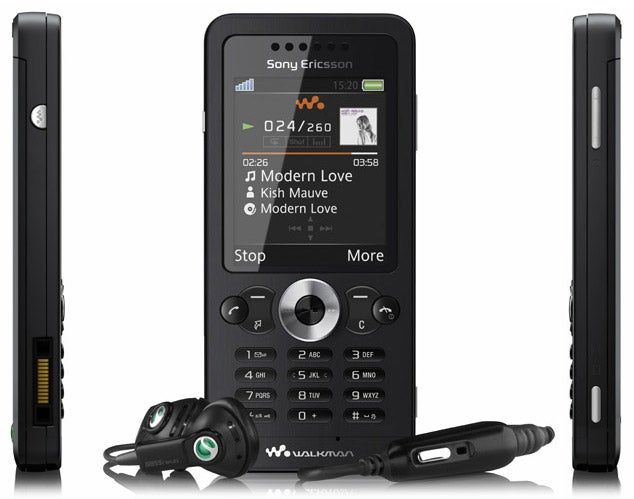 So far this all sounds like pretty standard Sony Ericsson stuff. But as I said at the outset, you shouldn’t expect huge levels of ability from this handset.


Network capabilities are a bit limited with quad-band GSM setting the limit. There’s no fast 3G here. Nor does the phone offer a lot by way of native memory. There is just 20MB built-in and a Memory Stick Micro slot under the battery cover with a 512MB card popped into it.


There’s no shake control – I see its absence as a blessing, actually, as there’s no inducement to look like a numpty in public while randomly flicking the phone around to switch tracks and change volume. 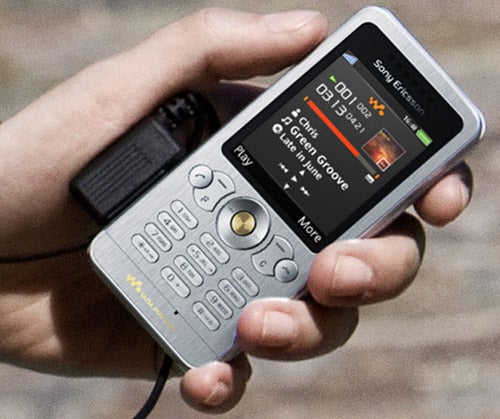 I have to mention the loathed standard Sony Ericsson headset connector which as usual sticks out like a sore thumb from the left side of the casing.


Still, if we are looking for pluses from this ‘W’ branded handset the headset is two-piece so you could use your own headphones in favour of the in-ear ones supplied by Sony Ericsson and there is an FM radio on board. The player supports album art and you can skin it which adds a little something positive to proceedings.

As indicated by the lack of shake control, there is no accelerometer. But then the relatively small screen isn’t going to be used for a lot of media rich activities so this absence isn’t a big deal. Countering that with another plus point you get a Blogger.com account for blogging on the move and a posting link is embedded in the photo gallery.


So, I’ve alluded to the camera now, and this is probably the low-point of this particular handset. It shoots photos at just 2-megapixels, which puts it way down the pecking order. There is no flash and no self-portrait mirror.

Image quality is reasonable outdoors provided you don’t want to get too close to your subject or want to capture a lot of detail. The yellow flowers are really lacking in detail and look very washed out. The white chair is reasonably good, though, with near-uniform colour and good detailing.


Indoors you might struggle to get much joy. The coloured dish was photographed, as usual, under normal household lighting and with the camera’s lighting settings on auto mode. The colour reproduction and white balance isn’t too hot and indoor photos were generally disappointing. 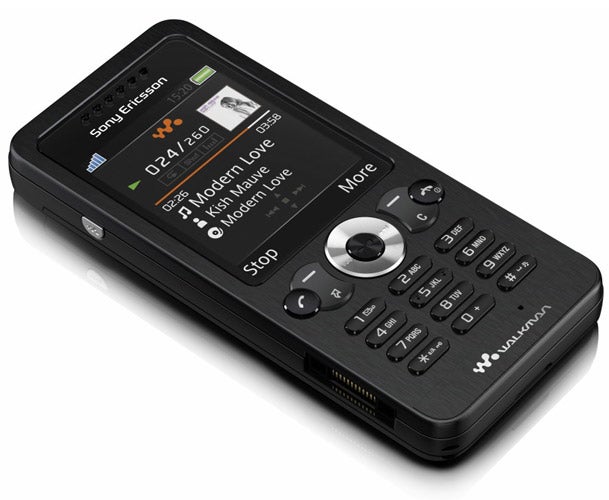 Software is a bit spartan on this phone. There’s a single alarm, FM radio, calendar, task manager, sound recorder, timer, stopwatch, calculator and unit converter as well as a couple of games but not much by way of snazzy extras.


Battery life was OK. I got through a couple of days between charges, but then this is the kind of phone you can’t thrash by using sophisticated features like GPS or Wi-Fi because they aren’t here. Music playback is the only thing likely to really push the battery.


Sony Ericsson’s W302 is a simple, light and compact handset, but even as a phone ‘for the masses’ the W302 is a bit lacking on the specifications front. For example, I would have liked to have seen the inclusion of Sony Ericsson’s excellent Activity menu and a better screen and camera. 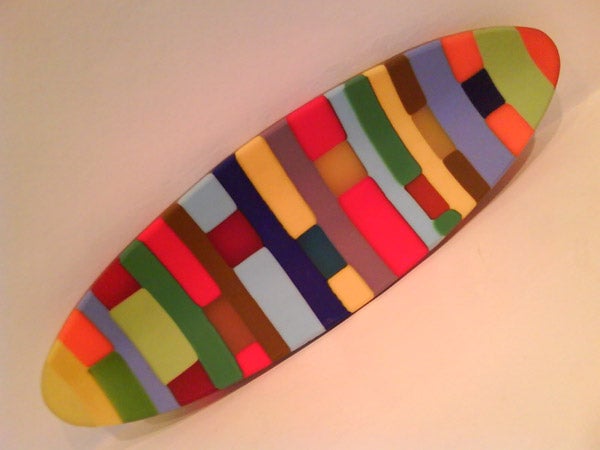 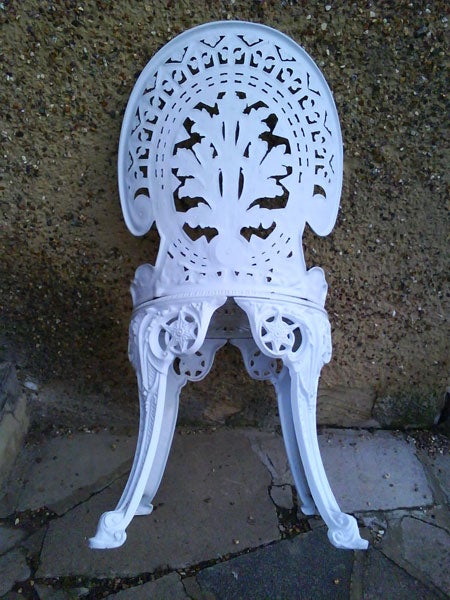 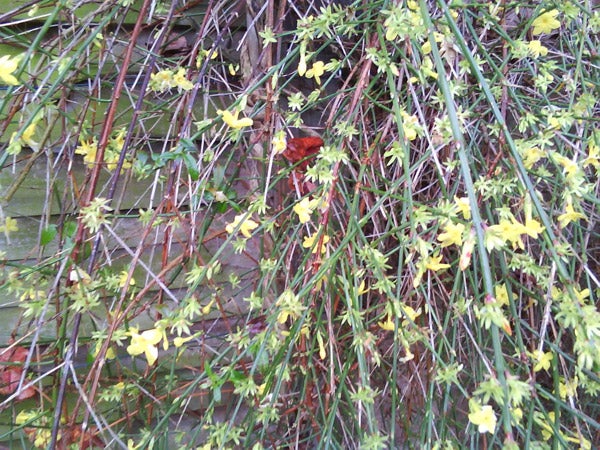