For a long time now, phone manufacturers have been trying to cram as many megapixels as possible into their flagship camera phones. Indeed Sony Ericsson has been one of the leading exponents with its K700 and K800 series as well as more recent offerings like the Satio. However, the new buzz is around HD video so Sony Ericsson has obliged and released a slim touchscreen phone with an 8-megapixel camera that can also shoot video at up to 720p (HD Ready).


Contrary to what we’ve come to expect of camera-centric phones, the Vivaz isn’t a bulky device with a large protruding lens. In fact, with dimensions of 107 x 51.7 x 12.5mm, it’s very compact and thanks to its flush camera section, curved profile, and weight of just 97g, it’s very pocket-friendly. However, with an all plastic body and screen, and unprotected lens, you may want to invest in a case to keep it in tip-top condition. All that plastic also makes it feel more like a device costing £150 rather than the £350 (SIM-free) it actually demands.

We’re not too sure on the styling either. It seems simple enough with its largely black front and silver back but the translucent blue sides don’t really fit in. Furthermore, we’re immediately put off by the side-mounted headphone socket as it’s just not practical if you listen to music on the move. At least there is one, though, and we’re also glad to see a micro-USB socket for charging and connecting the phone to a PC, even if it is covered by an ungainly plastic flap.

We thought we’d like the dedicated buttons for both the stills and video camera, too, as they save fiddling around in menus to quickly change the mode you’re in. However, it can be a bit confusing as you expect the more pronounced stills button to double as the record button for video, as it does on most other devices. Instead, it just changes back to stills mode, leading to much frustration. These two buttons sit below the volume rocker/zoom control on the right edge while a power/lock button lives on the top. Just three buttons for the call menu, the main menu, and ending calls are on the front. Along with the rest of the buttons they’re a little mushy and indistinct and again put you in mind of a cheaper device.

A 3.2in touchscreen dominates the front of the Vivaz. It packs in an impressive 360 x 640 pixels, which puts it comfortably ahead of many large touchscreen rivals like the iPhone and HTC Legend, though it isn’t quite up there with the latest smartphones like the Google Nexus One and upcoming HTC Desire, which both have 3.7in, 480 x 800 pixel screens. It does, however, create a wonderfully sharp image and you can fit a decent amount of information on it as well – especially useful for web browsing. Good viewing angles and strong colours also really help when using the phone’s camera. 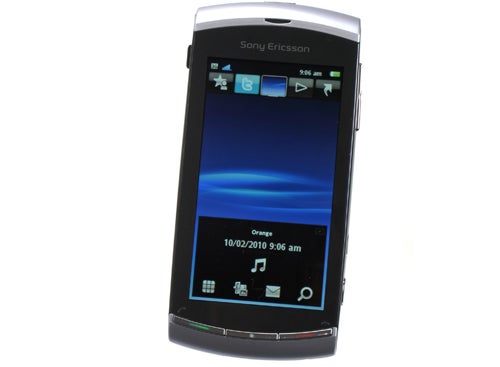 But for all its viewing prowess, the screen is severely let down by its resistive touchscreen. This makes general navigation an absolute pig as you’re constantly forced to press rather than just touch the screen. This isn’t so bad for pin-pointing individual icons and text links but if you’re moving around the screen – scrolling for instance – it feels so much more cumbersome than capacitive screens. And with no support for multi-touch, using the keyboard is very slow whereas gestures like pinch-to-zoom are absent. At least one advantage of the Vivaz’s resistive screen, though, is being able to operate the touchscreen camera controls while wearing gloves. 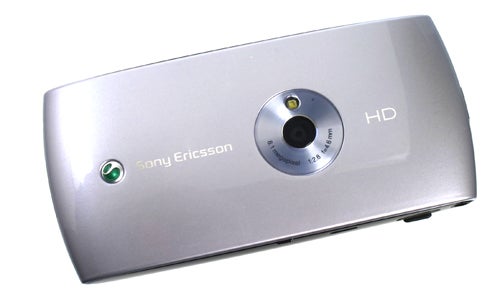 The camera itself is of course the big draw with the Vivaz and for the most part it lives up to expectations. The extra detail that 720p video provides over the usual standard definition or lower resolution of many camera phones really stands out, and in good lighting you can get very usable results. That said, sensor noise is obvious and you certainly won’t want to be shooting your next epic on it, but with a smooth framerate as well, it’s still a welcome step up. In darker conditions, the noise level does increase significantly but a night mode means you’ll at least be able to see things and the LED lamp provides a light boost within a range of a metre or two. In fact, aside from the weediness of the LED, we’re rather impressed, though we do concede that HD video on a phone is probably a bit pointless. 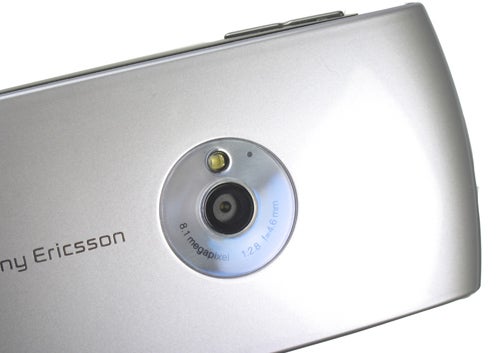 As for the still image performance of the camera, it’s decent if unexceptional. Like the video, it shows an obvious step up compared to many phones but still suffers from the usual camera phone caveats of high sensor noise, poor sharpness, and lack lustre colouration. In fact, due to the poorness of the lens, it even comes out worse in terms of detail than the Nokia N900, which is a smartphone, not a camera phone (the Vivaz does produce more accurate colours though). The lack of a proper Xenon flash also holds the Vivaz back from competing with the best camera phones. Photos and videos are stored on microSD cards and you get a whopping 8GB one in the box. We’re also glad to see that you can access the memory slot without removing the battery.

Sadly, any positives derived from the camera are quickly cancelled out by this phone’s use of Symbian S60. Aside from its ability to multitask (something that apparently is less of a concern nowadays), this operating system falls behind just about every other one when it comes to ease of use in a purely touchscreen driven environment. Menus are inconsistent, keyboard layout is awful, some interfaces allow you to use finger-scrolling while others don’t, it’s rather ugly, and to top it all off, it’s quite slow as well.

Now, Sony Ericsson (SE) has at least done its best to help out. Symbian normally has a fixed homescreen, but SE has given the Vivaz five different “wallpapers”, which you can slide left and right. By default, one wallpaper shows favourite contacts, the next has Twitter, the middle one is blank (aside from a swirling pattern), the penultimate one is a gallery, while the last has shortcuts to your favourite programs. It’s an interesting change from the usual Symbian layout but is probably more of a sideways step rather than an upwards one. 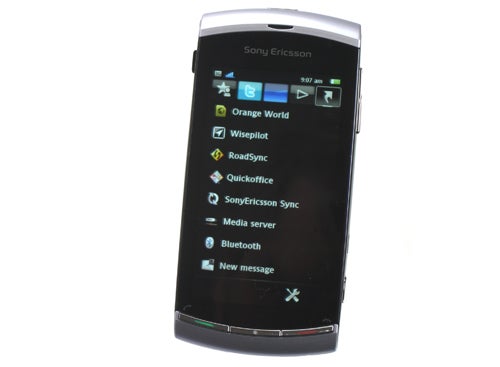 Press the call end button and you get an overlay across the bottom half of the screen with shortcuts to the music player, message folder, search function, dialler, and multimedia interface. The latter of these has also been given the usual SE spit and polish so it resembles the PS3 crossbar interface. As ever, this works rather well and has full support for music libraries with album artwork.


As far as apps go, you get Faceboook and IM clients pre-installed and Google Maps is also present, which takes advantage of the inbuilt GPS. There are also a couple of crummy games but aside from the usual stop watch, calculator, and calendar bits and bobs, that’s it. 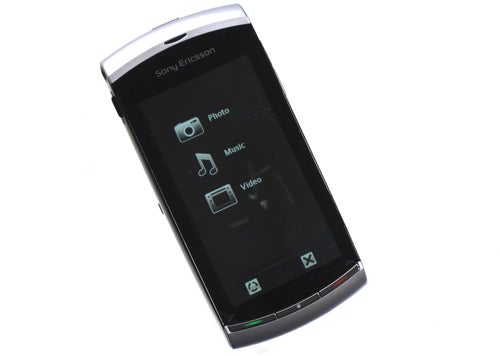 As to that most fundamental of phone attributes, call quality was fine with plenty of volume on tap. The loudspeaker is a little tinny but again, plenty loud enough for most practical use. Perhaps more importantly, battery life was actually impressive compared to most phones with large touchscreens – you should easily get two days and stand a good chance of getting three out of it.


The Sony Ericsson Vivaz is an odd beast. On the one hand, its combination of a slim design, good basic features, impressive battery life, and HD video recording abilities make it quite appealing. However, it feels cheap, has a poor touchscreen, and the interface leaves a lot to be desired. 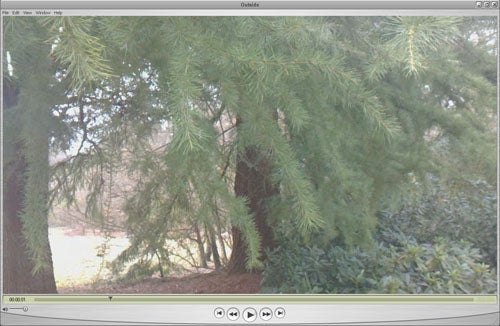 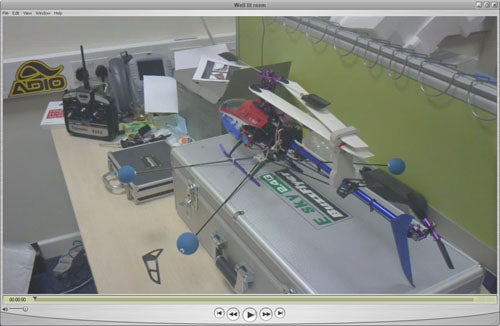 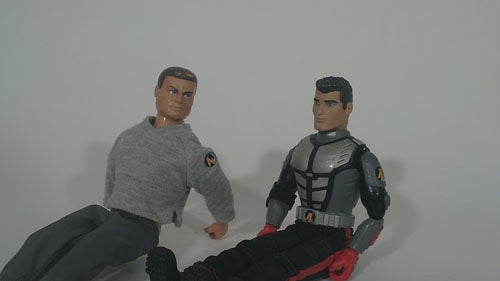 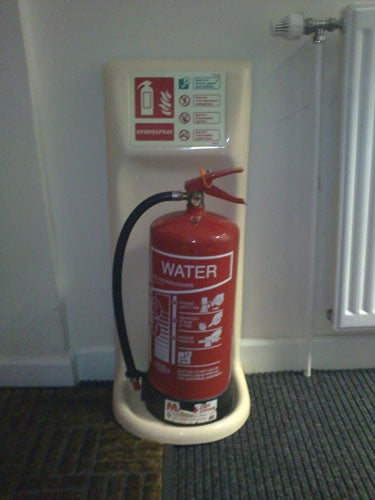 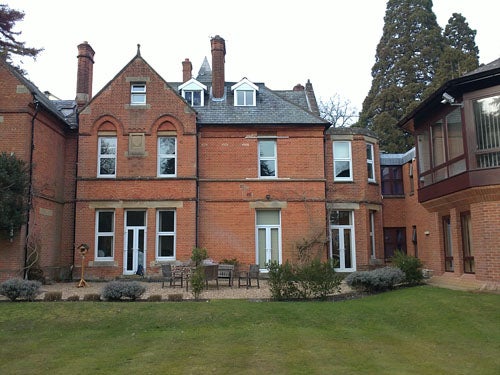