Sony Ericsson has a reputation for making high end, fancy, music playing and camera-toting mobiles. See, for example, the W980 on the music playing side and the very nice C902 for a 5-megapixel camera and some neat additional camera related features.


But the company has fingers all over the mobile phones pie, and wants to attract more than just the punter looking for higher end mobiles. Hence, the T303 is an attempt to capture some of the entry-level market.


The T303 is a slider and at a mere 83mm tall, 47mm wide and 15mm thick and growing to about 110mm tall when opened it is small enough for the most dainty of pockets to cope with. It weighs just 93g too, making it a no-brainer to carry around when you want to travel as light as possible. 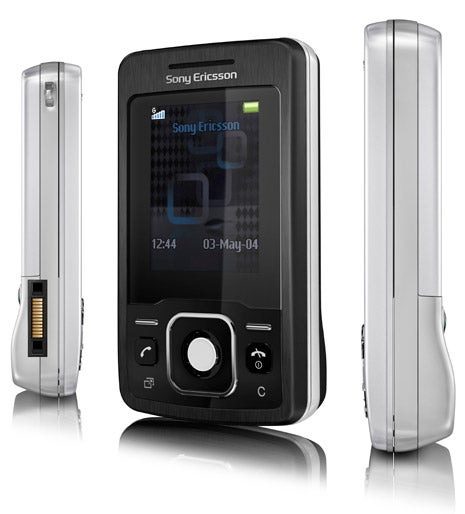 Sony Ericsson lists this handset in both sliver and black liveries, but checking around on the Web while writing this review I found it only in its silver guise even from Sony Ericsson’s own online store, where it was available at £99 SIM free. From operators on pay as you go it comes in at between £50 and £60. Some parts of the casing are metal, notably the frame to the front and the battery cover, with the remainder a silver/grey plastic.


The slide action is good for a low-cost mobile. I’ve seen a lot less impressive spring-loaded slide mechanisms in more expensive handsets. You need to push and pull against the screen to open and shut the phone and that will inevitably leave fingermarks on its mirrored surface.


One of the areas in which the T303 loses out in comparison to mobiles that are more expensive is the screen. Sony Ericsson’s higher end phones often have superb displays, but not here.


The screen is small. I measured it at 1.8 inches diagonally. There is room for a larger screen inside the casing, but clearly Sony Ericsson has saved money by choosing the tiniest display it thought it could get away with. Money has also been saved on the screen quality. Its 120 x 160 pixels are clearly visible and the display looks a little blocky if you do more than just glance at it.

The front buttons are easy enough to use though they are a bit of a design mish-mash. Two small narrow buttons are the softkeys, then below them two comparatively large ones are Call and End buttons with the latter doubling as the main on/off switch. Below these are two areas of the fascia that are marked with the cancel symbol and My Shortcuts. The navigation pad is large enough, its central select button is also sizeable, but the overall design is not, to my eyes at least, very pleasing.


Inside the slide the flat number pad is backlit blue when a number is pressed. Unfortunately, the backlight on my review sample left the right side of the right hand column of number pad keys unlit. A design disaster. 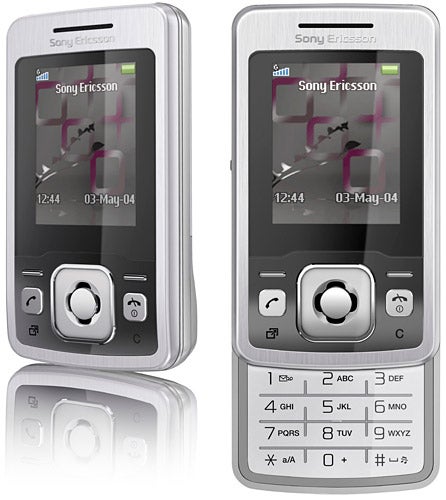 When it comes to software, this phone is very unsophisticated. An example is the My Shortcuts button already mentioned. This simply takes you to a set of links to various aspects of the phone. You can add what you like here, but it is way less featured than the tabbed My Shortcuts system available from higher end Sony Ericsson handsets.


I also found that the phone’s software ran quite slowly with noticeable and irritating waits at times, such as when tagging multiple photos for transfer over the air or via Bluetooth. In fact, so minimal is the on-board software that the user guide is a fold out sheet equivalent to four sides of A4 paper rather than a proper booklet.


The phone plays music and supports playlists, but the capabilities in this respect are relatively basic and I’m inclined to think that the FM radio will come into its own as an aural entertainment device. The phone will record radio, which could be handy. 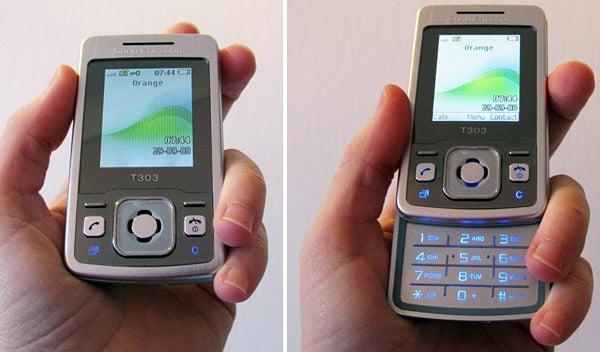 There’s no album art support, either. And there’s just 8MB of built-in memory and no memory expansion capability. You can use the phone as a mass storage device but making a wired connection to your PC requires the purchase of the necessary cable.


So instead I used Bluetooth to get tunes onto the phone for my music rundown test. Here there is some good news to report. Loudspeaker volume is relatively high and sound quality reasonable – though easily bettered by higher end Sony Ericsson handsets.


I have to bemoan yet again Sony Ericsson’s inability to incorporate a 3.5mm headset jack into its phones and the incongruous location of the connector for the giant headset jack on the left edge of the phone. I really noticed the 15cm of extra width my pocket needed to accommodate the phone with headset connected.

Another plus, though, is that battery life was decent. I got just over 11 hours of non-stop music from a full battery charge. Sony Ericsson reckons you’ll get 9 hours of GSM talk and 400 hours on standby. There’s no 3G and relatively few power hungry apps to eat away at battery life, so the phone also did well in everyday use with a couple of days of usage between charges.


The 1.3-megapixel camera is protected by the slide when not in use. It has no flash, self-portrait mirror, autofocus or any other extra features. There is no camera side button so you need to run its software from the handset’s main menu. 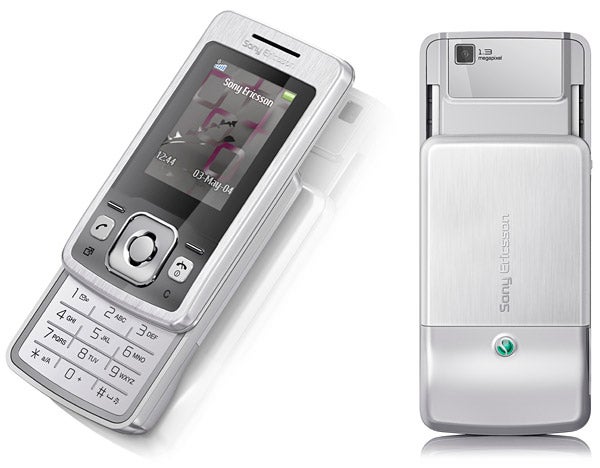 It coped fairly well outdoors. The colour reproduction and detail on the flowers is good and the chair photo is acceptable for a camera of this type. Indoors things are less impressive. The coloured dish photographed under household tungsten lighting lacks vibrancy and sharpness and in general, indoor shots were dull and dark.


Other applications not already mentioned include a WAP browser, alarm, calculator, calendar, stopwatch, tasks manager, timer, voice recorder and TrackID for identifying tunes over the air.


Though it’s light with a good spring-loaded slide mechanism, the T303 is a fairly unsatisfactory mobile. It’s small screen is below par, it’s not very sophisticated in terms of features and in use the navigation and software is annoyingly slow. There are better entry-level options at this price. 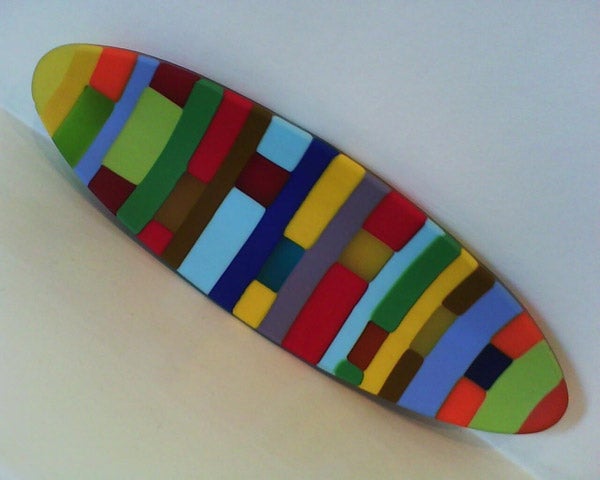 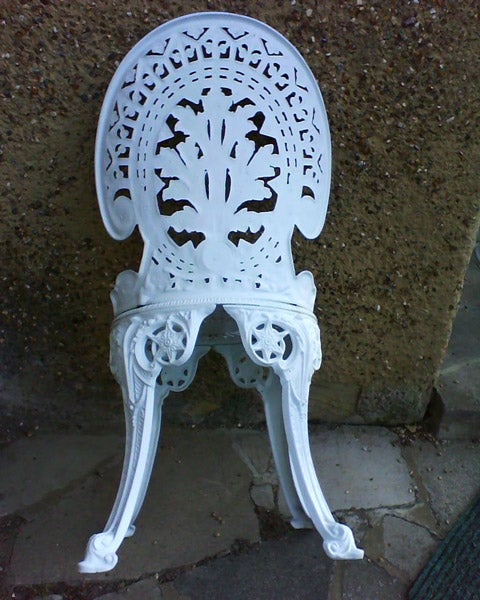 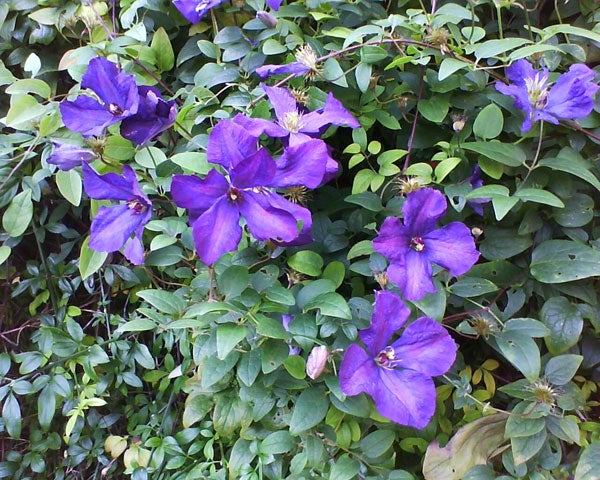