It’s taken a while but the world and its dog finally seems to be getting the idea when it comes to recycling and the environment – there’s only one world so let’s at least try and do our bit to keep it habitable. Not everyone is onboard yet and not all the measures are exactly life changing but every small step should be applauded. So, when Sony releases a range of mobiles, collected under the GreenHeart banner, and claims they are greener than your average phone it’s sure to pique our interest.


One of these handsets is the Naite J105 – a relatively cheap candybar phone that sits at the bottom of the Greenheart range. It’s available for as little as £60 on Pay As You Go and for free on even the cheapest contracts. Its green credentials are derived from the use of recycled plastics, water-based paints, an energy efficient display, an on-phone manual instead of a paper one, and a lower-power consumption charger (though as the phone tells you every time you unplug it, you should unplug or switch off the charger at the mains anyway to save power). All told these measures apparently result in a 15 per cent drop in the overall CO2 emissions of the phone. This is of course good to hear, though we can’t help but feel a 15 per cent saving would easily be bettered simply by buying second-hand and prolonging the life of existing products. Still, if you’re looking to buy a new phone, it’s good to know you’re doing your bit for the environment. 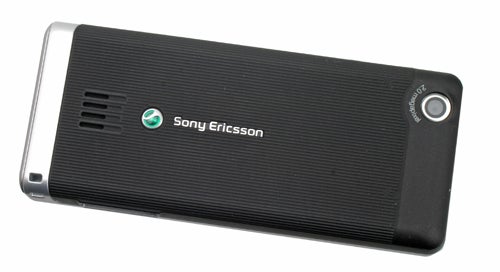 Being a budget phone, it’s no surprise that the Naite is lacking somewhat when it comes to fit and finish. That plastic body is rather flimsy and the keypad buttons are very wobbly and overall it just doesn’t feel all that solid. It’s certainly not going to fall apart at the drop of a hat but it doesn’t fill you with confidence. Weighing just 82g, the plastic construction does at least get you a light device and its dimensions of 108 x 47 x 13mm make it highly pocketable as well. We also rather like the simple styling with its matt black back and combination of glossy black and silver on the front.


Also, despite their wobbliness, the buttons of the keypad are relatively easy to use thanks to a neat and logical layout. The action isn’t great thanks to that aforementioned wobble but there’s still a discernible click so it’s easy to tell when you’ve pressed one. In addition, the navigation buttons are a little small but again not enough to be of major concern. Overall, we found we could type at a decent pace and navigating the menus was not hampered at all by the keys. 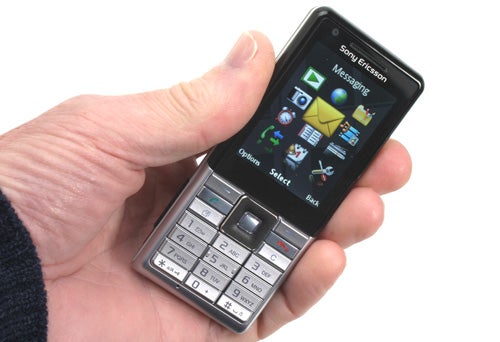 However, looking at the screen, which measures 2.2in diagonally and has a resolution of 240 x 320 pixels, things take a turn for the worse. While we know not to expect anything too clever from the screens of budget devices, this one really does stand out thanks to its poor viewing angles, or more precisely its poor viewing angle. Particularly when viewed from the right, the screen suffers from a huge drop in contrast making greys or any sort of darker detail disappear into blackness – an angle of just 20 degrees or so results in some menu items becoming almost invisible. In fairness, it’s not that the screen is unusable in any way, it’s just that the contrast shift is noticeable from even the slightest angle resulting in a slight shimmering effect when holding the phone anything but perfectly still.

Other hardware gripes include the use of Sony’s proprietary headset/charging/USB connection, which precludes the use of your own headphones. The included headset is the usual poor quality wired affair with two earbuds and a microphone. It’s fine for taking calls but the lack of noise isolation and poor bass response make them inadequate for music listening. You can of course get headphone adapters but one isn’t included in the box.

For loading multimedia onto the Naite, there’s a microSD card under the battery cover. You don’t get a card in the box but up 8GB cards are supported. Photos taken with the handset’s fixed focus 2.0-megapixel camera are stored on the memory card, but the results are about as poor as you’d expect. They’re limited in detail, suffer from a lot of sensor noise, and the lack of autofocus means close-up objects in particular are difficult to capture. The camera is at least reasonably quick in operation so you’ll be ready to capture that fleeting moment while other more capable yet slower cameras are still starting up. Video is also available but with a resolution of 320 x 240 pixels and a framerate of 15fps it’s next to useless. On the back is a fairly lousy speaker and a lanyard loop in the bottom left hand corner.

Given the phone’s less than impressive hardware, you’d be forgiven for thinking that the Naite’s software might also leave a lot to be desired. However, this is not the case. While it’s no thoroughbred smartphone with its lack of Wi-Fi, GPS and proper app store support, the web browser is surprisingly nippy and is quite capable of showing full web pages and scrolling round them quickly. Furthermore, push email is supported, 3G is onboard (it can be turned off to save battery), and the messaging interface shows Facebook messages, SMS, IM, and emails, making it easy to keep track of all your messages at a glance.


As well as the very nice Facebook app, you can also download additional apps through the PlayNow portal though we found the selection to be very limited with basics like a Twitter app missing. Pre-installed apps include a Timer, Stopwatch, Calculator, a password manager, and a file manager, as well as four half decent games; Sudoku, Brick Breaker (a breakout game), Kasparov Chess, and Quadrapop (a ball stack/Tetris clone). 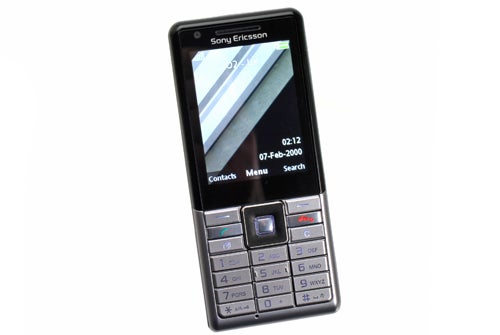 When making and receiving calls, we found the Naite to be perfectly adequate with clear audio from the microphone and earpiece, though the speaker struggles during conference calling. Signal reception, which can be iffy in our area, also seemed to be fine. As for battery life, considering this phone’s lowly screen and 1000mAh battery it was no surprise that it lasted a long time. It was still going after four days of regular use and we think it could easily last a week or more with occasional use.


The Naite J105 proclaims to be an environmentally friendly phone and we can appreciate the efforts Sony Ericsson has made by using recycled plastic and water-based paints. However, there’s no getting round the fact that a second-hand phone will probably be of greater benefit to the environment. Nonetheless, if you’re looking for a low-cost basic candybar phone, this is entirely capable, if unexceptional. 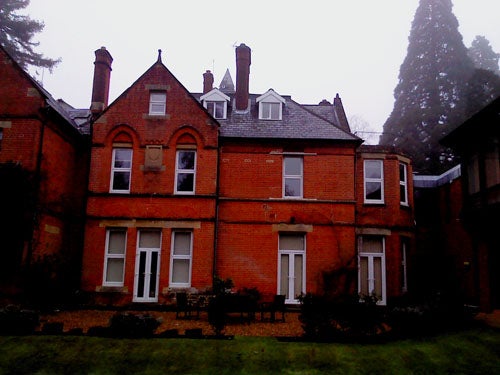 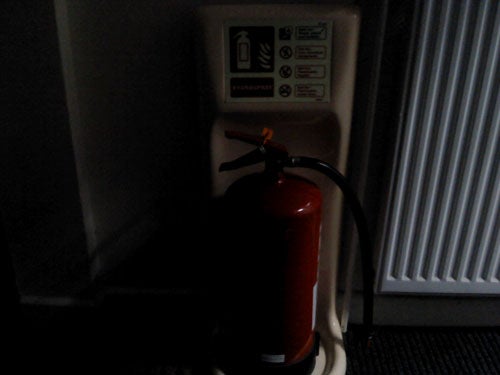 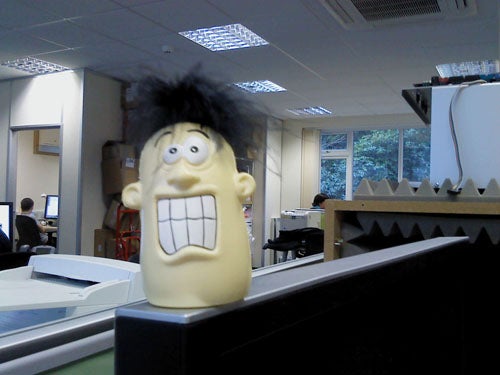