Fashion phones come in all sorts of shapes and sizes, from the jaw droppingly expensive Motorola Aura to the more modest Onyx Liscio. One thing generally brings them together though; they tend to get a hard time of it here on TrustedReviews. This is because they often offer poor value in terms of features, performance and usability even though they can look the part and tend to be well built.


The Sony Ericsson Jalou F100i, then, is a tiny clamshell fashion phone aimed squarely at, well, anyone that might invest in a clutch bag and care about their make-up routine. It’s certainly no smartphone but packs in a respectable number of features and, in its non-Dolce & Gabbana branded guise, it’s available for a respectable £130.


When we first set eyes on the Jalou we were simply flabbergasted. With dimensions of 73 x 45 x 17mm, when closed, this is one of the smallest phones we’ve seen in years. It is a little thick so is less suited to slimline pockets but it should leave ample room for all the other life essentials that find home in a handbag. 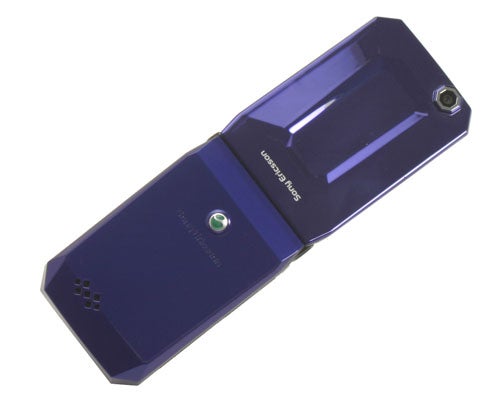 It’s also a rather glamorous looking device thanks to its cut-gem lines and super shiny deep-gloss finish. At least that’s the case for the top surface; sadly the bottom doesn’t have the same quality finish and is instead just metallic paint. Indeed, if you open the phone up and look at the back, it’s clear the two purples shades aren’t quite the same. (black and blue are also available along with a gold finish used on the Dolce & Gabbana branded version). We’re somewhat baffled by the decision to use clashing purples. Surely either a matching or completely different finish on the bottom would’ve looked classier? Still, fingerprints aside, the Jalou F100i does play its fashion phone part rather well.


We also love the hidden outer screen. This monochrome LCD display sits in the dimple on top of the phone where it’s completely invisible when off. Close the phone or press the side volume button while it’s closed and suddenly white lettering just appears on the top. We have seen these displays before but this one is particularly striking. It shows all the usual basic information like time, battery level, signal strength, and whether you’ve got a new message. 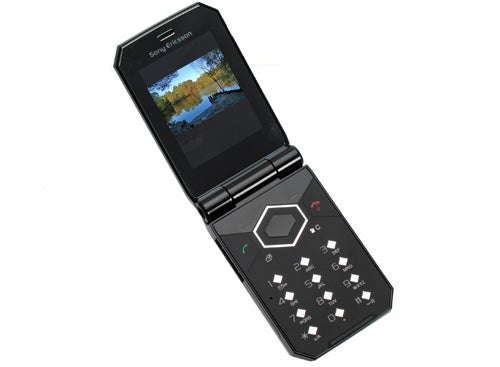 Open the phone up, however, and things take a turn for the worse. In particular, the keyboard looks decidedly tacky and in terms of performance has few merits. The single piece of malleable plastic that makes up the surface of all the keys is wobbly and generally cheap looking. This combined with the slightly bunched up navigation section meant that we frequently pressed the wrong button. Admittedly, the number keys are okay to type on but overall this is one area where Sony Ericsson really should have spent a bit more cash.

We do, however, like the shiny surface of the screen. Why? Because when you press the Cancel button it turns the screen off and that shiny surface turns into a compact mirror. Rather comically, when you press the Cancel button it even pops up with a messaging saying ‘Turning on mirror’. It’s not going to replace a dedicated compact mirror for make-up emergencies but it’s a useful addition. 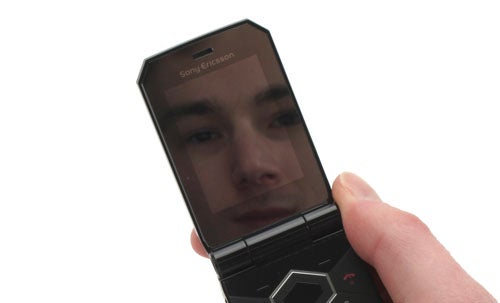 When the screen’s actually on, however, we’re again disappointed. At 2in across, it was never likely to dazzle us – though the 240 x 320 pixel resolution isn’t bad for this size – but thanks to poor viewing angles it is particularly disappointing. By all means, it’s perfectly adequate for everyday messaging and calling, which is most likely all you’ll be doing on a phone of this type, but even then, when the merest wobble causes the screens contrast to shift significantly it can be quite distracting. 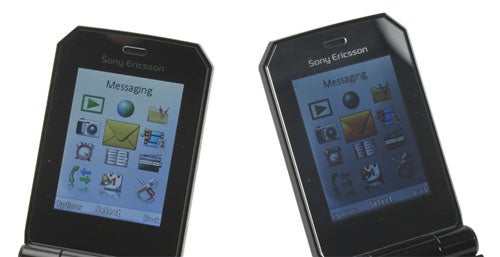 
Another negative comes in the form of Sony Ericsson’s usual proprietary headset/USB/charging socket that sits on the left of the phone. As well as being non-standard, it means the phone also lacks a normal 3.5mm headphone socket. Instead, you get a basic headset in the box that includes an in-line microphone with call answer button. The earphones on the end are fine for taking calls but lack any decent level of external noise reduction and have weedy bass reproduction so overall are poor for music listening. The only other thing you get in the box, apart from various manuals, is the charger.


As for the rest of the hardware, on the right edge is a volume rocker while above it, incorporated into the hinge, is a lanyard loop. Take the battery cover off and you’ll find a 930mAh battery, under which is the SIM slot and a microSD slot that takes cards up to 8GB – plenty considering the Jalou F100i’s fairly modest multimedia pretensions. Internally, you get quad-band 2G and tri-band 3G connectivity with HSDPA up to 3.6Mbps. You don’t however get Wi-Fi, GPS, a digital compass, or any such smartphone luxuries. 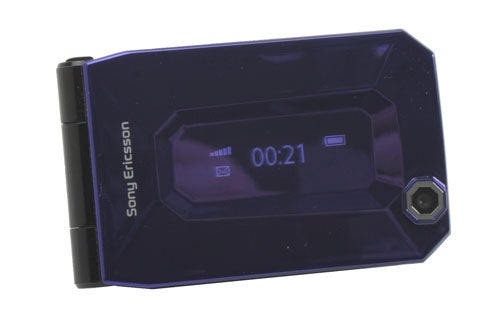 The camera is a fixed-focus 2-megapixel affair that sits on the top half where it faces the front with the phone open. It’s as limited as you’d expect given those specs and the lack of even an LED flash will mean it’s next to useless for taking shots of your friends dancing around their handbags. Video is likewise very poor with its maximum resolution of 320 x 240 pixels and framerate of 15fps.

As for the Jalou’s software, the operating system is the same as used on most non-touchscreen Sony Ericsson devices. The desktop can be changed to a picture of your choice, have an animated clock, or just match the theme but it can’t be filled with icons or shortcuts or anything quite so fancy. The directional pad can be configured to provide shortcuts to four of your favourite apps, though. The main menu, meanwhile, is a simple grid with sub-menus arranged in tabbed lists. It’s nothing too clever and certainly isn’t very flashy but it does the job simply and easily. 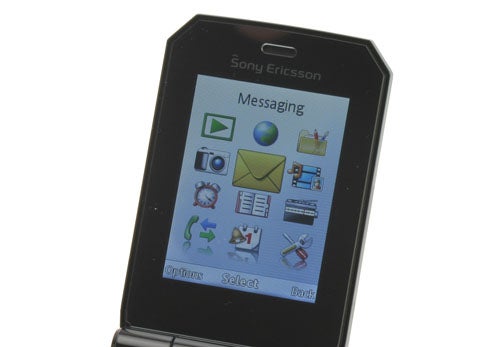 Sony’s superb crossbar style multimedia interface is also on-hand for navigating your music, videos, photos, and games, though considering the lack of headphone jack, poor video playback, and tiny screen, it’s unlikely to see a great deal of use. The web browser is also quite poor as it can’t display full web pages but instead gives you a squashed up, single column, mobile version. At least push email is supported and there’s an inbuilt app for Facebook so keeping in contact shouldn’t be a problem – though text messages aren’t stored in conversations as we’re used to nowadays.

Unsurprisingly, considering its lowly specification, this phone doesn’t put much strain on its battery and as such it should last you several days between chargers. Call quality also seemed adequate, though the speaker is pretty woeful.


Comparing the Jalou to other basic handsets and Sony Ericsson is clearly charging a premium for its looks as phones costing £50 less will still give you the same, if not better, functionality. Were it just the below par functionality then we could largely forgive this, but adding in the poor buttons and less than stellar screen and it sinks further in our estimation. 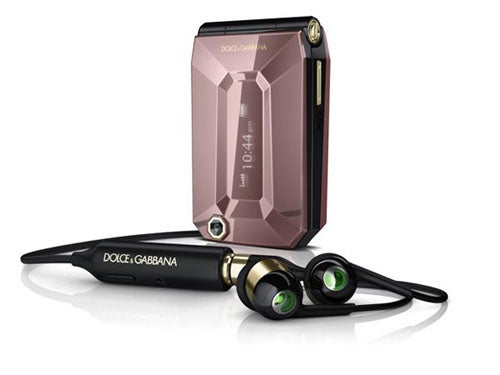 As for the Dolce & Gabbana branded version, it swaps the chrome accents on the Sony version for gold, comes with a rather nicer looking headset, and is loaded with Dolce & Gabbana themes and pics. However, it is still the same basic handset with its poor keypad and less than impressive build quality, so for its £379.99 asking price, it’s clearly a ridiculous buy.


The Sony Ericsson Jalou is trying to achieve something very difficult by being a relatively inexpensive fashion phone and it does just about succeed. Certainly it looks nice, is tiny, and is perfectly adequate in terms of functionality. However, you do pay a small premium for its looks and size and the keypad is particularly poor so even non-techie users might find it a little lacking. As for the Dolce & Gabbana branded version, just don’t go there. 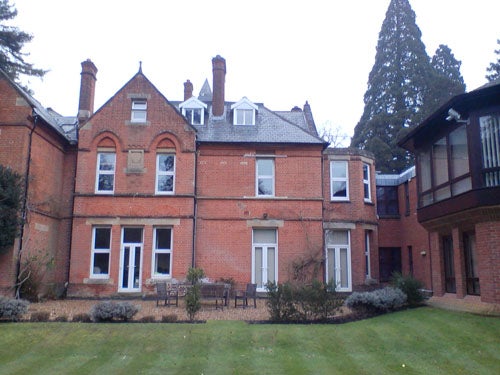 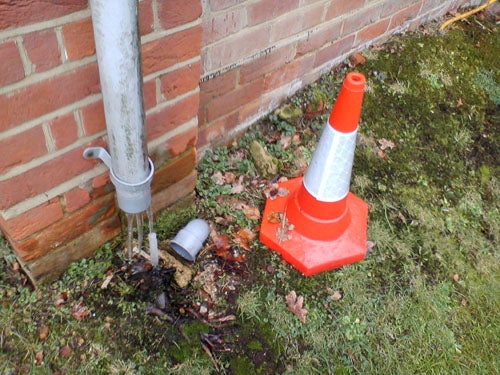 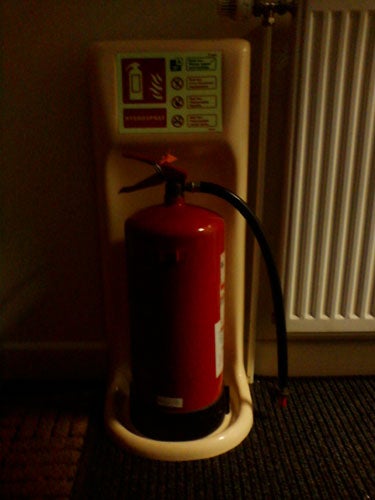