We first encountered Sony Ericsson’s new line of environmentally friendly ‘Greenheart’ phones when we looked at the Naite. It was a nice enough budget handset but definitely had room for improvement, which is where the Elm J102 comes in. Available for around £150 either SIM-free or on PAYG, it’s the next step up and correspondingly has a much better specification.


This is a typical candybar phone with a 2.2in screen set above central navigation controls and a 12-button keypad at the bottom. It stands 110mm tall, making it only a mite shorter than large handsets such as the iPhone. However, at just 45mm wide and 14mm deep it’s far from a chunky handset.


Sony Ericsson hasn’t strayed too far from familiar territory with the Elm’s styling – there’s sadly no wooden finish, for instance – but it has tweaked a few things here and there. For a start, the backplate is brushed aluminium, which is a finish we certainly wouldn’t expect to find on such a modest handset. This backplate also covers the top section of the phone rather than the bottom or whole thing, as is more conventional. Perhaps most striking, though, is how the phone becomes thicker about a quarter of the way up its back. This gives it a peculiar bottom-heavy profile that we’re not sure we approve of, despite it making the phone sit more securely in your hand. . 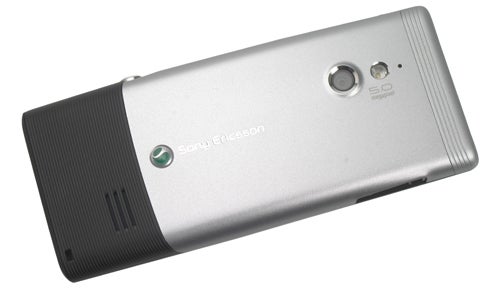 While the aluminium back hints at a phone with high build quality, the rest of the Elm doesn’t quite hold up so well. The screen has a tough and perfectly flat finish and the keys are all securely seated with no excessive wobble and a nice positive click. However, the overall body of the phone is a little creaky and wobbly: something that shouldn’t affect its performance but just takes the edge off any feeling of quality.


The navigation keys are standard Sony Ericsson fare and the two soft keys’ functions change depending upon the application you’re using. Then we have call answer and call end (and power) buttons and the D-pad in-between. The bottom left button calls up a combined task manager and shortcut box while the button marked ‘C’ performs a backspace function. We’ve always found this layout to be quick and easy to use and so it is here.

Further controls can be found on the right edge. Here there’s a shutter button for the 5-megapixel camera and a volume rocker switch that doubles as a digital zoom. Aside from the camera and its flash on the back, the only other notable physical feature is the charging port; it’s the usual proprietary Sony Ericsson one. This replaces a conventional headphone socket and unlike many Sony Ericsson devices, the company hasn’t included a headset adapter in the box. In other words, if you want to use your choice of headphones with this phone, you’ll have to invest in a third party adapter. The included headset has two earpieces and incorporates a microphone but it’s not a patch on even a £20 pair of headphones when it comes to music listening.

Something we haven’t touched on yet is the Elm’s supposed environmentally friendly characteristics. These include using recycled plastics and non-toxic paints to construct the phone as well as using a small cardboard box with no plastic padding for transportation. The charger (the only other thing in the box bar a couple of manuals) is also supposed to be more efficient, and when you unplug the phone it reminds you to unplug or turn off the charger as well. As we said in the Naite review, you’ll probably do the environment more good by buying second-hand but we’re at least glad to see some evidence of the tech world embracing a greener way of life. 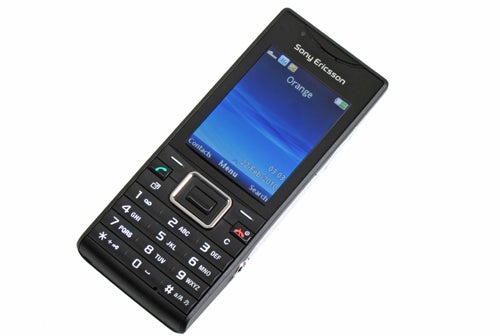 LCD, rather than the much lauded OLED, is the technology used for the Elm’s 2.2in screen, but don’t let this put you off. Yes, its viewing angles aren’t as good as OLED and its colours aren’t quite so saturated but the former is still perfectly adequate and the latter are still strong. Black levels are also decent and despite a seemingly mediocre resolution of 240 x 320 pixels, everything looks smooth and easy to read – a testament to the phone’s image handling rather than inherent quality of the screen, it must be said. Video is also nice to watch, though given the screen size you’re unlikely to want to do this with any regularity.


Aside from the impressive image handling, the Symbian-based operating system Sony Ericsson has employed does an excellent job when it comes to ease of use and speed.


The homescreen is essentially fixed with notification icons across the top and shortcuts to contacts, the main menu and a search function across the bottom. However, you can add widgets to the homescreen, which you can then scroll left and right between. The choice is somewhat limited with just Facebook, Twitter, Myspace, Calendar, and Walk Mate Eco apps on offer but it’s better than nothing. The Walk Mate Eco app is essentially a pedometer that uses the internal accelerometer to work out how many steps you’ve taken and thus how much carbon dioxide you’ve saved. You can also assign shortcuts to the left, right, and down, D-pad directions when on the homescreen. 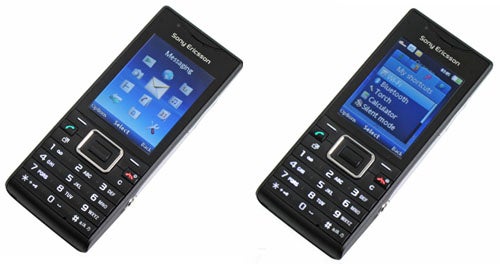 Open the main menu and you’re greeted by a simple and familiar grid of shortcuts that gives you quick access to the camera, media browser, message folder, and web browser, among other things. Enter a secondary menu and you’re presented with simple clear lists. Everything works very quickly and is intuitively laid out.


Messaging capabilities are decent for a feature phone but not quite on the level of a smartphone. SMS and MMS messages can be viewed in conversations or by order received. IMAP and POP3 email is also supported but there’s no push capability for that truly real time email experience. Facebook also comes pre-installed and it’s a really slick app with full access to all Facebook features bar instant messaging and apps.


With its small screen, web browsing can feel a little cramped but most content remains readable thanks to its excellent image and text handling, Also, it’s fast and displays complicated layouts correctly most of the time. The only major downsides are no tabbed browsing for opening multiple pages at once and no flash support, neither of which we’d expect on a handset of this calibre.

GoogleMaps takes advantage of the onboard GPS and operates surprisingly quickly, though moving around the map using just a D-pad does become tiresome. There’s also WisePilot Sat-Nav software but it isn’t particularly easy to use and certainly isn’t good enough for use in the car. Rather more useful are apps for finding stuff like restaurants and cinemas near where you are, or for tracking your progress when going for a run. 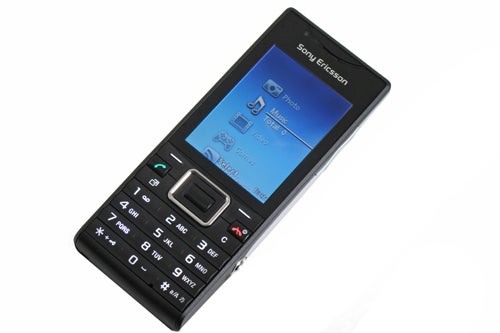 Sony Ericsson’s usual Multimedia interface is present and it’s as nice to use as ever. A vertical list gives you quick access to photos, music, videos, and games and as you move into each sub menu, you get a visual representation on the left edge of which level you’re at in the overall menu system. Photos gives you access to your locally stored and Facebook pictures as well as Picasa, Blogger, and Flickr picture services. Music arranges your music according to the usual Artist/Album/Track arrangement and also houses podcasts, a link to connect to media servers, and a link to the PlayNow portal for downloading music. As for Video, you get access to your local videos, PlayNow, and YouTube. Only one game comes pre-installed, and it’s a rather poor Tetris clone, but you can buy others from PlayNow. 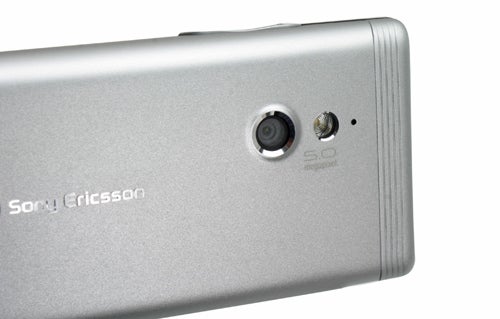 We’ve come to expect a good quality camera on Sony Ericsson phones and the J102 is no exception. The application loads quickly and shot to shot time is adequate with around two shots every 10 seconds. More importantly, results are better than average. There’s no obvious lens distortion, colours are accurate, and the LED flash does a reasonable job in the dark. Obviously detail levels aren’t amazing and it has its limitations but with smile detection and panorama, as well as plenty of scene modes, you’ve a good chance of getting a usable shot in most situations.


A video mode is also available and again, it’s a cut above the rest. It’s not HD but with a resolution of up to 640 x 480 pixels there’s an adequate amount of detail and the maximum framerate of 30fps means you should get nice smooth footage that can cope with bit of movement onscreen.

As we would expect, the Elm held up well in call quality tests with ample volume available from the earpiece and clear audio at both ends of the line. The speakerphone particularly impressed with a surprisingly deep, warm, and powerful tone from the speaker and impressive noise isolation through the microphone. However, battery life seemed to be much less impressive. We would have expected to get at least three days of use out of this phone with fairly regular use and certainly be able to last a night in standby even with less than a quarter battery left. However, we found it would regularly run dry after a couple of days, even with very light usage. This was with Wi-Fi, 3G, and GPS left on and with the Facebook app on the front page, though.


The Sony Ericsson Elm mostly lives up to its remit of being an easy to use, relatively feature-rich, yet environmentally-friendly candybar phone, with particular highlights being the camera and aluminium battery cover. However, the lack of a headphone jack would really put us off and without turning off many of the best bits – Wi-Fi, 3G, GPS – battery life isn’t the best. 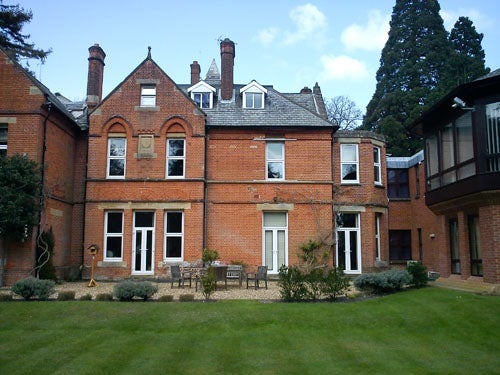 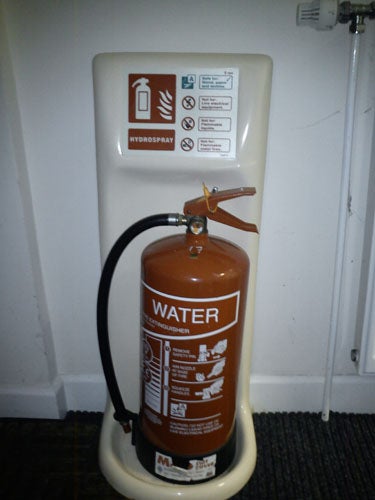