With smartphones getting ever cheaper, the market for so called feature phones is rapidly dwindling. That said, if your priorities are still call quality, battery life, and ease of use, then something like the Sony Ericsson Cedar might be right up your street. Selling for around £50, it undercuts even the cheapest smartphones by a considerable margin, though currently isn’t widely available on network deals.

The form factor of the Cedar is as classic as they come, with a 2.2in screen sitting above a cluster of navigation controls and a 12-button keypad. Dimensions are 111 x 49 x 15.5 mm so it’s around 10mm shorter and narrower than you’re your average smartphone, though not the slimmest device going. Thankfully it’s nice and lightweight at just 84g. Despite this feather-like leaning, the plastic body feels nice and solid with little discernable flex.


Styling is never likely to be a strong suite at this price but as these things go, the Cedar looks very nice. You can get a few different coloured backs – though they seem pretty rare – but we have the silver version here. The gentle swoop it creates along the phone’s side along with the overall curve of the back looks elegant and simple. Also, both front and back have a matt finish, which gives the overall look a muted feel and should help keep the phone looking good for longer than glossy rivals, as scratches won’t show up as badly. 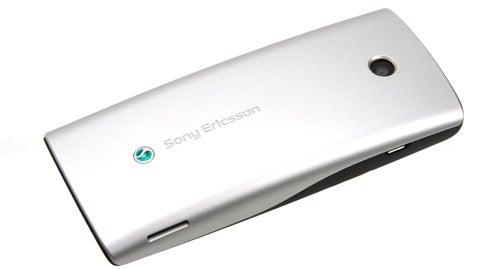 There are no immediately obvious causes for concern when it comes to connectivity either, with a headphone jack up top, microUSB on the left edge, and if you prize the back off you’ll find there’s a microSD card slot as well. You don’t get a card in the box but it’ll support up to 16GB ones. It’s also worth noting that there is a volume control on the right edge, as these can sometimes be omitted on cheaper phones. Sadly, it’s a little fiddly so is difficult to operate blindly.


On the back is a camera but at only 2-megapixels and without autofocus or flash, it’s next to useless in anything less than bright sunshine. This is what we’d expect for such a budget phone though. 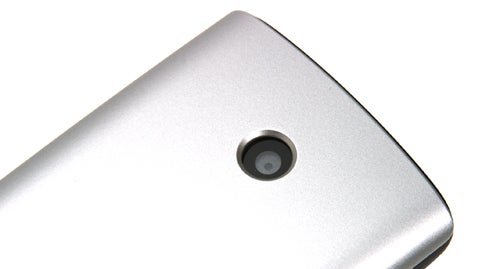 The phone’s screen is a 2.2in colour LCD with a resolution of 240 x 320 pixels. This actually means it packs in the same number of pixels as a number of budget smartphones, but thanks to its size it looks considerably sharper. Inevitably it’s only so much use for watching video or browsing the web but otherwise it holds up well with punchy colours and decent viewing angles. The tough and perfectly flat plastic finish means it should resist scratches well and doesn’t pick up reflections as much as more flexible, wobbly examples.

Typing is surprisingly swift. The stepped arrangement makes it really easy to pick out each row of keys, while each individual key is more than wide enough to easily tell apart. The action of one or two of the keys – mostly notably ‘0’ – is a bit mushy but overall they provide a decent level of feedback. Obviously typing speed is limited by the layout, and can’t match what you’d get on a full qwerty arrangement but so far as T9 keypads go, it’s great. 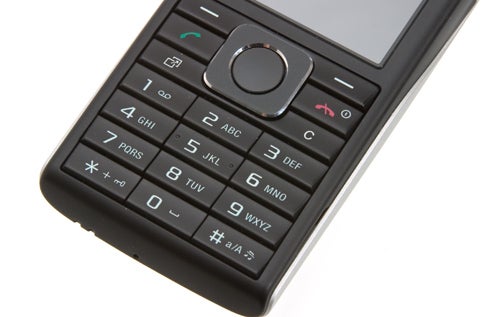 The Sony Ericsson Cedar runs a proprietary OS but it’s very easy to get to grips with. On the homescreen you’ve got the usual arrangement of notifications along the top, a large space in the middle that can be filled with a choice of five widgets (Facebook, Twitter, Notes, Clock, Myspace) and shortcuts along the bottom. The two shortcuts either side of the central main menu link correspond with the soft keys that flank the phone’s central D-pad. These change function depending on what application you’re using and can be customised to link to whatever you like from the homepage.

The other physical controls are from left to right and top to bottom call and call end/power buttons, and app launcher and backspace buttons. Like the two top soft-keys the D-pad can have each direction assigned a shortcut so that a single tap from the homepage gets you to your favourite features.


Open the main menu and it’s arranged as a simple grid with links to playnow, internet, entertainment, camera, messaging, media player, alarms, contacts, calendar, calls, organiser and settings. You can change the layout to be a rotating carousel or a list of icons but we don’t know why you’d want to. Click through to any of these and you’re presented with simple lists of items. The whole lot is easy to work out, neatly presented and is nice and speedy. 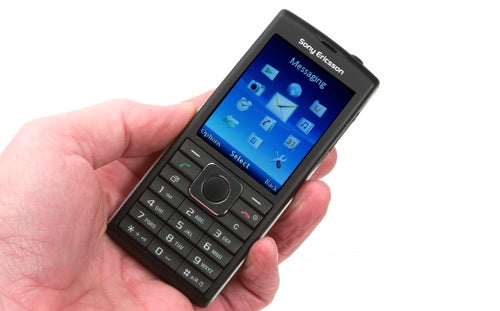 Looking through those features, PlayNow gets you access to the very limited number of widgets and games available for the platform – the phone does have a couple of vaguely amusing games but you’ll certainly want to invest in a dedicated gadget if you really want gaming on the move.


The web browser supports full HTML pages, rather than just mobile versions but thanks to the small screen it can take a while to scroll around and find what you’re looking for. Unsurprisingly flash videos don’t work, and some more challenging websites can cause it to come a cropper. For most emergency checking of the weather, train times, football score, it’ll get you by, though.

Entertainment is where you’ll find the games, along with PlayNow, the FM Radio (requires headphones for aerial), and even GoogleMaps. The phone doesn’t have GPS but you can use the service to look up directions or such like. Incidentally, the phone can be used as a modem to hook your computer up to your mobile network (assuming your carrier supports it).


The Media interface apes the PS3’s crossbar interface providing quick and easy access to your music, photos, videos, and games. It’s nothing too clever but we certainly found it easy to locate our files. 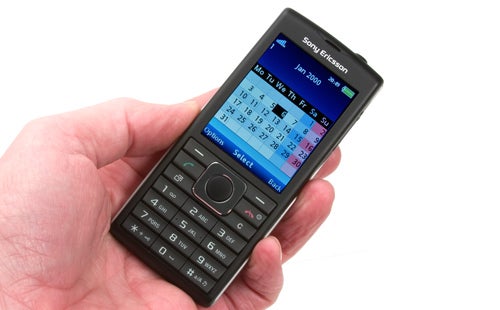 Social networking provision is limited, with no contact integration, but you can still access java apps for Facebook, Twitter and Myspace. Messages from Facebook even find there way into the messaging inbox. Meanwhile text messages are conveniently stored in conversations so it’s easy to keep track of everything you’ve said to a contact. A list of shortcuts at the bottom of the message typing box also gives you easy access to adding music, photos, and videos to your text.


Email is also catered for. Again, it’s fairly basic in terms of presentation but you can enable push notifications. Sadly, along with browsing the internet, email download speed is limited by the phone’s lack of Wi-Fi – it’s 3G only. 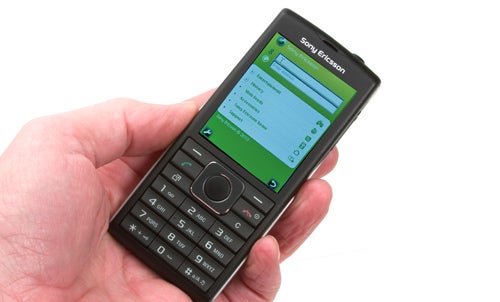 Making a few calls on the Cedar revealed no major causes for concern, though sound quality certainly wasn’t exceptional, just adequate. In contrast, battery life was most impressive with us getting five days of on and off use out of it before leaving it over the weekend and still finding it with a bit of juice by the Monday.

If you’re into saving the planet the Cedar may also appeal thanks to its use of recycled plastics, lack of plastic bags or manuals in the box (it’s electronic and on the phone), and use of waterborne paint.


The Sony Ericsson Cedar is a classic candybar feature phone that’s been given a shot in the arm to keep up with today’s standards. Physically you’ve got the modern standards of a headphone jack and microUSB charging and on the software front you can browse the web, collect your email, view Facebook, Myspace, and Twitter, and find out where you need to go with GoogleMaps. All this is presented in a fairly basic fashion but its easy to use and tidy while build quality and battery life are excellent. Add in the £50 asking price and we can think of few reasons not to snatch one of these up, if you’re in the market for a budget phone. The only thing to consider if whether you can get a second hand or on-deal handset with a few more capabilities for the same money, particularly given the very poor camera. 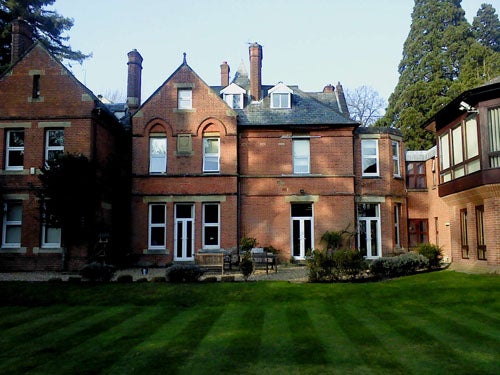 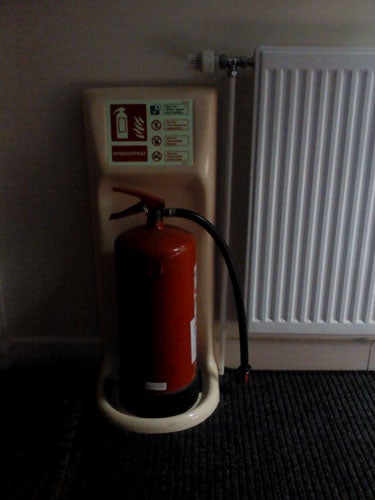