We’ve tested some lovely portable DVD players this year, such as the LG DP391B and the Toshiba SD-P73S, but the DVP-FX930 is a pretty straight-laced affair. It uses a traditional flip-top design and an all-over black finish devoid of eye-catching flourishes, but it’s not completely without charm – the slim screen swivels 180 degrees and folds back onto the base, turning it into a hand-held tablet, plus it’s robustly built and compact even with the battery pack clipped onto the underside. 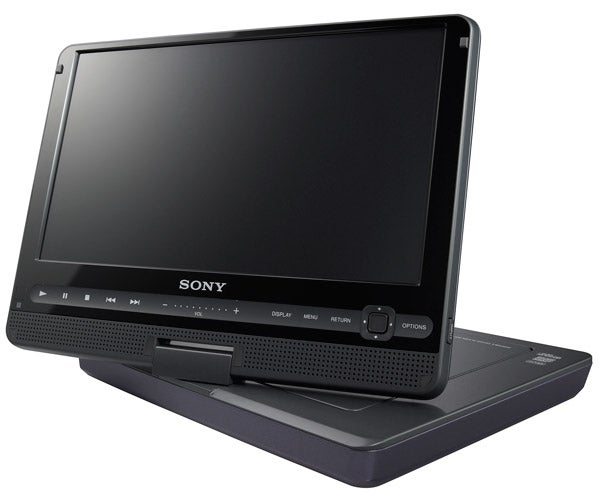 We love the row of touch-sensitive buttons just below the 9in screen. They cover all the key functions and there’s a little pad on the right that lets you navigate menus. A Hold switch on the side disables these buttons, which is worth bearing in mind as it took a moment to work out why the onscreen display kept telling me to ‘Hold on’ every time I pressed a button…


Take a look down the right-hand side of the base and you’ll find a bank of connections. They include a USB port, which allows you to play MP3, JPEG and DivX from a flash memory drive, two headphones outputs and two minijacks, one audio in/out and one video in/out. These will come in handy should you want to output DVD pictures to your TV or send an analogue audio signal to your AV receiver, and you’ll find the relevant adapter cables in the box to do so. You can also feed video and audio into the player. It’s a decent socket selection, but at this price the lack of digital audio output is surprising.

The FX930’s vital statistics are impressive. A fully-charged battery should last for six hours, which is excellent news when making a lengthy journey, but that’s with headphones and with the LCD backlight set to minimum – in reality it’ll be shorter. Even more impressive is the screen’s 800 x 480 resolution, which means you should be able to watch DVDs in a lot more detail than many portable DVD decks allow.


Aside from MP3, JPEG and DivX playback, the FX930 happily spins DVD-RW/-R (recorded in Video and VR formats), DVD+RW/+R, SVCD, VCD and CD-RW/-R. The deck doesn’t output Dolby Digital or DTS in bitstream form but it does downmix Dolby Digital 5.1 to stereo when listening through the analogue output. Aside from that there’s a dearth of eye-catching features – the only things of note are the supplied headrest mounting bracket and a cigarette outlet charger.

The DVP-FX930 is incredibly easy to use. The touch-sensitive buttons on the front are satisfyingly responsive, and the onscreen menus are sensibly laid out, using a bright yellow cursor and legible text. Press the Options button, and a menu appears on the right hand side giving you two options – LCD Mode and Setup. Using the former, you can alter the contrast, hue and colour levels as well as switch between Full and Normal aspect ratio modes and dim the backlight. Select the latter and you get a basic set of options, the most noteworthy of which is the DivX Video on Demand registration code for watching content purchased online. There’s also a separate playback display which shows the Title, Chapter, audio track and running times. 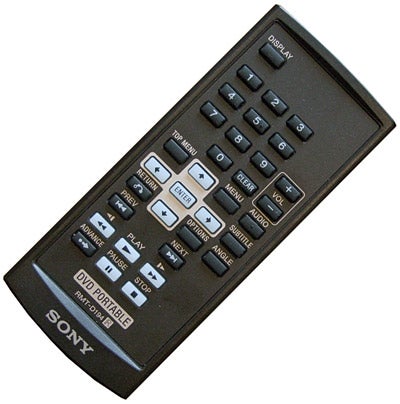 The player comes with a compact remote that boasts a well thought out button arrangement. The cross of menu controls and volume buttons above it are directly under the thumb and the rest are clearly labelled and well spaced out. The only downside is that the playback keys are at the bottom, which requires extra dexterity to press them. There’s no button for selecting the line input or the USB port – to do that, you have to press the Input button which is hidden away down the side of the screen.


Onto picture quality and from the start it’s clear that the DVP-FX930 is a cut above many portable DVD players. As predicted the key is that 800 x 480 resolution, which makes ”Spider-Man 2” on DVD look crisp and detailed without any sign of the visible LCD pixel structure that hinders some rival portables. The intricate patterns on Spidey’s costume and fine textures during facial close-ups are clearly visible and give the picture pleasing depth and punchiness, while diagonal edges are crisply defined without any stepping. 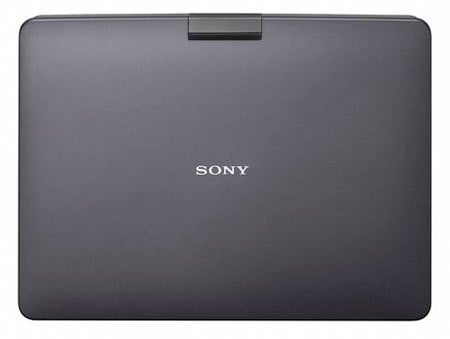 Also impressive is the player’s well-judged colour balance, which prevents skin tones looking lobster-like, yet saturates colours strongly enough to give Spider-Man’s costume a deep, luxurious shade of red. There’s also some excellent shadow and shading work on display, giving darker scenes (like the climax inside the deserted warehouse) admirable clarity, while blacks look solid and motion tracking is smooth. It’s not flawless, as there’s some grain crawling around on some backgrounds and some hints of mosquito noise flittering around some moving objects, but on the whole we can’t complain – this is one of the best portable picture performances we’ve seen for a while.

Sound quality through the built-in speakers is typically dire for a portable DVD player. ”Spider-Man 2’s” normally breathtaking finale sounds like a succession of hisses and pops, with no bass on hand to give the sound any depth. As a result, we make our usual recommendation that you use a good pair of headphones instead – when you do, you’re treated to rich and dynamic sonics with both movies and music. 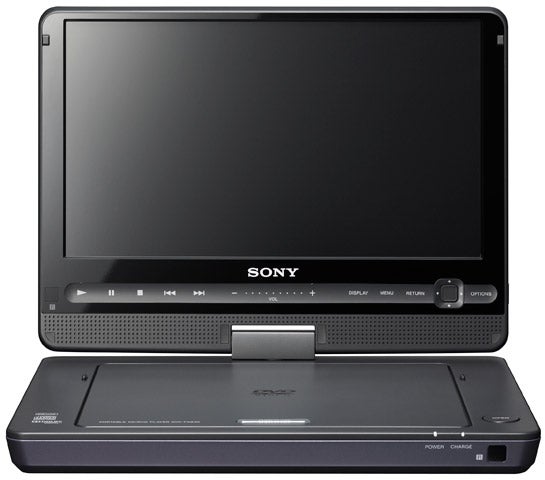 Next we plugged in a USB stick containing a variety of test files, and unsurprisingly it wasn’t interested in playing WMA or DivX HD even though the latter appeared in the menu. But regular DivX files look terrific on a screen of this size and JPEGs look nice and sharp. Files are presented in a simple folder-based menu, which also shows a graphic equaliser and bitrate when playing back an MP3 file.


Although it’s not the most exciting player to look at, the DVP-FX930 is a tremendous picture performer thanks to its hi-res 9in screen, plus the USB port, six-hour battery life, touch-sensitive buttons and nifty swivel screen are all welcome additions.


That said, at £200 it’s not particularly good value for money given the lack of digital audio output and the fact that the 9in Toshiba SD-P91S and 8in LG DP391B both offer more features for less dough. The Tosh’s screen resolution is lower than the Sony’s but with a saving of around £70 it might be worth the sacrifice. But if money is no object and the FX930 still takes your fancy then rest assured that it’s an impressive, user-friendly player that will serve you well on your travels.