As a full-frame compact camera that’s only slightly bigger than a regular compact, the all-new Sony RX1 looks set to take the Japanese electronics giant into new territory – the sort of territory that, until now, has been occupied by the £4.5k Leica M9 and, to a lesser extent, by the more affordable albeit APS-C equipped Fujifilm X100 (£800). Given that pre-order prices for the 24.3MP Sony RX1 are coming in at around half that, it certainly looks like something that could give Leica a run for its money, but will it offer enough to justify the extra cost compared to the X100? 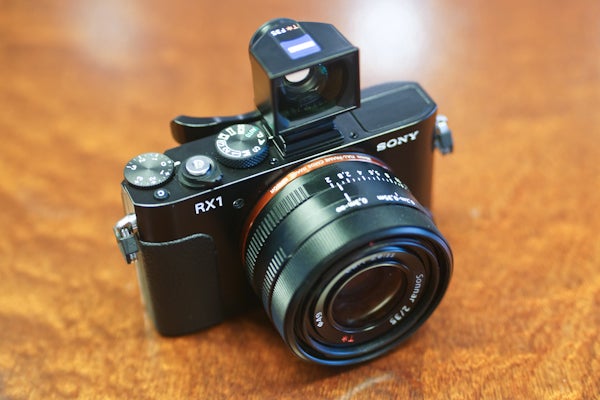 We’ve been fortunate enough to gain some hands-on time with a Sony RX1 sample, although sadly it didn’t have any batteries so we were unable to fire it up. We did, however, manage to get some good first impressions about what this potentially groundbreaking camera has to offer.

Picking it up for the first time the first thing that struck us was just how small the camera is overall – especially when you consider the size of the sensor inside. That said, owing to the fast f/2 lens the RX1 is fitted with it’s too big overall to slip inside anything but the biggest of coat pockets, which does kind of put paid to Sony’s claim that it offers ‘full-frame in your pocket’. However, the fact that the RX1 is able to sit neatly in the palm of your hand is testament to the engineering feat that Sony has pulled off. Given the wide-aperture lens and high-quality metal body of the RX1, it was surprisingly lighter than we expected too. 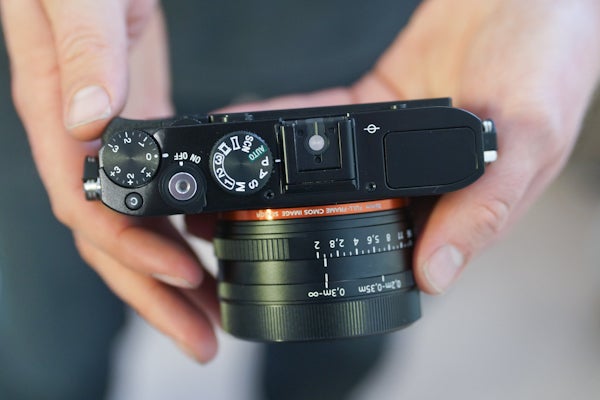 In terms of design the RX1 is remarkably similar to the recently launched RX100, with curved edges and a flat top-plate (that reminds us, to a certain extent, of Samsung’s NX range). There are a few subtle differences between the two Sony models, however, that help to distinguish the RX1 as an ultra-premium enthusiasts’ model and cement its position as the company’s flagship premium compact. For example, in addition to the mode dial on the top plate there’s also a dedicated exposure compensation dial. Given that the RX1 sports a 35mm, f/2 fixed lens, there’s obviously no need for a zoom control either. Internally, the major difference is that the RX1 uses a 24.3MP full-frame sensor, whereas the RX100 uses a 1in chip with an effective resolution of 20.9MP.

On the pre-production model we were able to get hands-on with we found that both the mode dial and EV compensation dial were quite stiff, and certainly firm enough to withstand accidental shifts – something that can sometimes be an annoying issue on other cameras with similarly placed dials. Indeed, some may even find that the extra effort that’s required to rotate either dial a little awkward. Then again, this could well have just been a pre-production quirk that Sony will iron out in full production models. 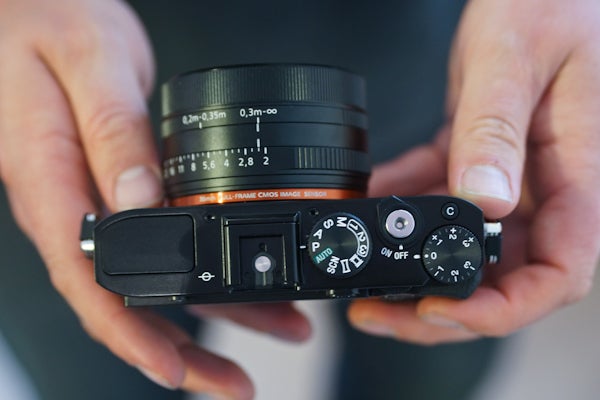 Another area where the RX1 and RX100 differ is with the design of the finger grip. Whereas the RX100 doesn’t get one at all, the RX1 sports a rubberised finish that wraps all the way around the side of the camera to the back, enabling you to cradle it more securely within you palm than you would otherwise. While this arrangement does improve overall grip, we’re somewhat surprised that Sony didn’t decide to implement something more substantial to wrap your digits around.

Unlike the two dials on the top plate, the rear command dial moves quite easily, as does the circular dial that surrounds the directional-pad, and which serves as the menu pad selector. Pressing the flash button located on the back of the camera just above the 3in, 1.23m-dot Xtra Fine display causes the pop-up flash to spring up promptly. 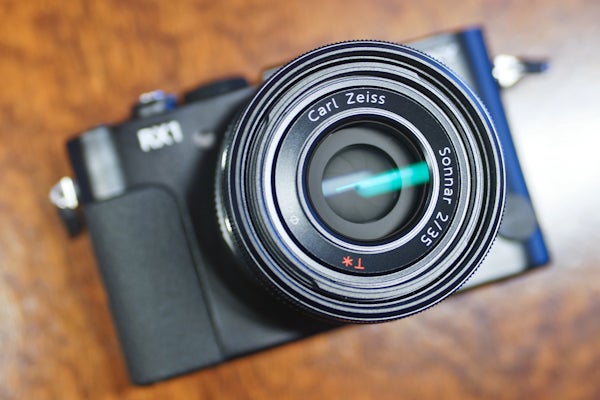 Overall, the general ergonomics of the RX1 are pretty spot on and it feels every inch the ultra-premium compact it’s positioned as. Of course, only a through test of a fully working sample can tell whether it has the performance and image quality to match though – keep your eyes peeled on TrustedReviews for our full review.

Verdict
The Sony Cyber-shot RX1 is undoubtedly an exciting – if not particularly cheap – addition to the Sony range that will take the company into the same ultra-premium compact camera territory that Leica has made its own over the years. Without being able to switch our pre-production sample on we were only able to get a feel for the basic design and in this respect the new model certainly impresses. Hopefully we should be able to lay our hands on a full production review sample soon, so keep your eyes peeled for a full review in the next couple of months.