If you’re of a mind to spend around £250-£300 on a digital compact camera, you’re going to have some pretty nice products to choose from. Most of them are going to be top-of-the-range cameras loaded with advanced features, models such as the Panasonic LX3, the Canon S90, the Ricoh CX2 or the Nikon P6000. There aren’t many ultra-compact snapshot cameras that fall into that price bracket, but there are one or two, such as the Canon IXUS 990 IS or the new Olympus mju 9010. There is now another one to add to that very short list; the Sony Cyber-shot DSC-TX1, a 4x zoom 10-megapixel ultra-compact that is currently selling for a wallet-busting £290. 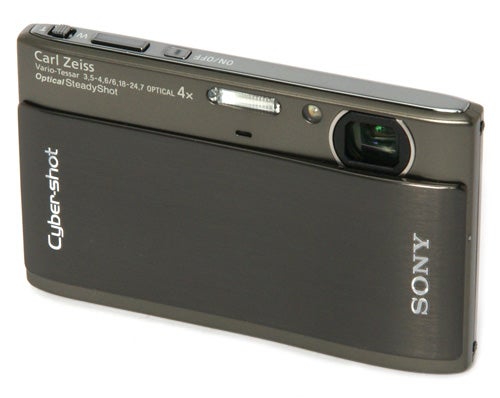 Although that might seem like a lot of money for what is essentially a point-and-shoot snapshot camera, there’s no denying that the TX1 is a beautifully made camera with some very clever features to add to the value. The build quality is excellent, with a sleek all-metal body that is just 16.5mm thick, making it one of the slimmest cameras on the market. It’s fairly light too, weighing 142g including battery and memory card, making it a good fit for a shirt pocket or purse on a night out.


The TX1 is available in a range of colours, including silver, gold, pink, blue and the handsome gunmetal grey shown here. The overall design is basically the same as most of Sony’s other T-series cameras, a with a slide-down front panel that covers a corner-mounted internal zoom lens, in this case the same Carl Zeiss 4x zoom f/3.5-4.6 optics as last year’s T900, giving it a focal length range equivalent to 35-140mm. 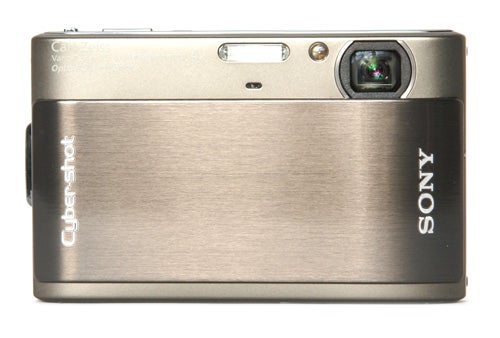 The TX1 has a touch-screen interface, with a three-inch wide-screen monitor taking up most of the room on the back of the camera. There is a narrow textured area on the right, and the large strap lug doubles as a thumb rest, so despite its ultra-skinny profile the TX1 is actually quite comfortable and easy to grip securely.


There are only four external controls; the on/off button (although in normal use opening the front panel switches the camera on), the shutter button, a button to toggle between playback and recording modes, and a very small slider switch to operate the zoom. At first I thought that this was going to be very fiddly, but in fact the zoom action is smooth and responsive, and it is possible to jog the zoom in very small increments by tapping the control, allowing for very accurate framing.

As I’ve made abundantly clear in the past, I’m not a big fan of touch screen interfaces on digital cameras. In my opinion they’re little more than a gimmick and don’t offer any real advantage over conventional buttons and D-pads. The rest of the world seems to disagree with me however, and to be fair the touch-screen interface of the TX1 isn’t too bad. The on-screen button areas are fairly large, the plain icons and help text make it easy to understand, and it does offer a couple of useful features, such as touch-selection of the focus point, or painting tools that can be used to edit images in playback mode.


The menus can be customised by dragging icons from the main menu onto the sidebar menu, which is a nice idea. The screen responds well enough to a finger touch as long as you press firmly, but there is also a small stylus supplied for more precise control. Unfortunately the touch interface is a bit slow, with a noticeable delay between touching a control area and the camera responding. It’s not unbearable, but compared to the slick controls of some of its rivals at this price point it does feel a bit clunky at times. 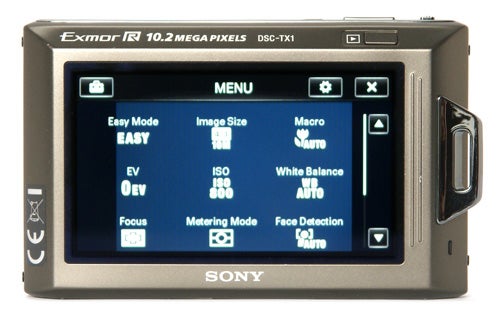 As you might expect from such an expensive camera, the TX1 does include a number of advanced features, including a couple that I haven’t seen before. One is the Sweep Panorama mode. Many camera have a panorama stitching mode, offering an on-screen guide to help when taking a series of photos that can then be combined into a wide panorama using an image editing program. The TX1’s Sweep Panorama mode does the stitching for you on the fly; simply press the shutter button and pan the camera across the scene in the direction indicated by an on-screen arrow. The camera captures a series of images which are combined almost instantly into an ultra-wide panoramic view. 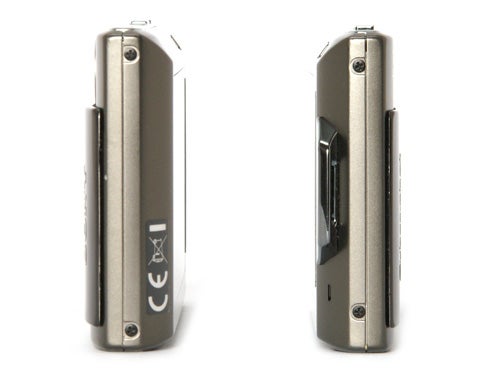 Another clever new feature is the Hand-held Twilight mode (oh the temptation to make a terrible pun about sparkly vampires…). In this mode, and in the Anti Motion Blur mode, the camera takes six full-resolution shots in approximately 1.5 seconds and then combines them into one image, incurring less image noise than the same shot taken in High ISO mode. Of course this will only work with stationary subjects, but it can compensate automatically for camera movement and under the right circumstances it does work surprisingly well. I’m rather surprised that this hasn’t been combined with an in-camera HDR mode, since this is available on some of Sony’s DSLRs.


Other more conventional features are equally impressive. The video recording mode can shoot in 1280 x 720 pixel resolution at 30fps with surprisingly clear mono audio, and unusually the optical zoom lens can be used while recording. The zoom motor is completely silent and cannot be heard on the soundtrack.

The TX1 is equipped with Sony’s latest Exmor R high-speed CMOS sensor and BIONZ processor, giving it some pretty impressive performance figures. It starts up is a fraction under two seconds, and in single-shot mode at full resolution it has a shot-to-shot time of a decently brisk 1.5 seconds. In continuous mode it is a bit unusual. It has three speed settings, each of which can shoot a maximum of ten frames, in either one second, 2.5 seconds or five seconds, all at full 10MP resolution.

The autofocus system is also nice and fast, although it does slow down a bit in low light. It is reliable even in very low light though, with a good AF assist lamp giving it a range of several metres even in pitch darkness. The flash is nice and powerful too, easily filling a large room and attenuating well for close range shots.


Image quality is also everything you’d expect from a £300 camera. The Carl Zeiss lens performs excellently, with good corner-to-corner sharpness, very little wide-angle distortion and plenty of detail. At maximum image quality files average around 4.2MB, and there are no signs of image compression. Colour rendition is very smooth and natural, and dynamic range is also better than average for an ultra-compact, although the Dynamic Range Optimiser doesn’t appear to be terribly effective in very high contrast shots. Image noise is very well handled. The camera has a normal maximum ISO setting of 800, and at this setting images are quite usable, with good colour and very little visible noise. At lower settings they are better still, with the unusual minimum setting of 125 ISO producing very clean sharp images. 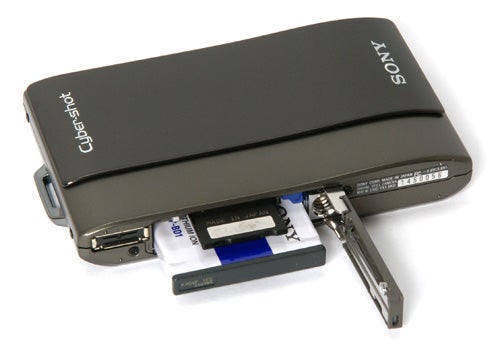 Although it is very expensive for a pocket snapshot camera, the Sony Cyber-shot DSC-TX1 does offer a lot of camera for the money, with excellent build quality, surprisingly good handling and a range of useful high-tech features. Image quality is as good as any of its competitors, so if you can afford it you won’t be disappointed. 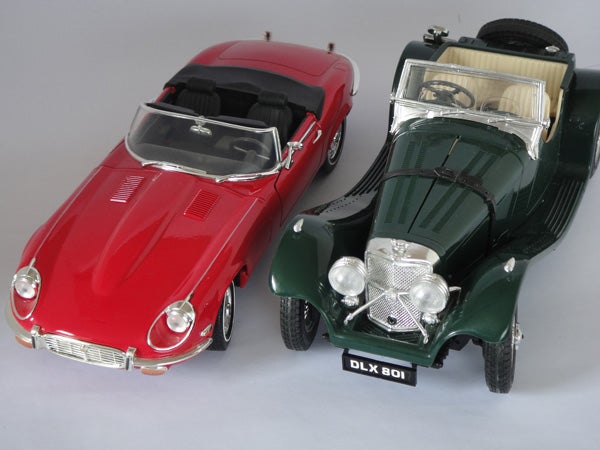 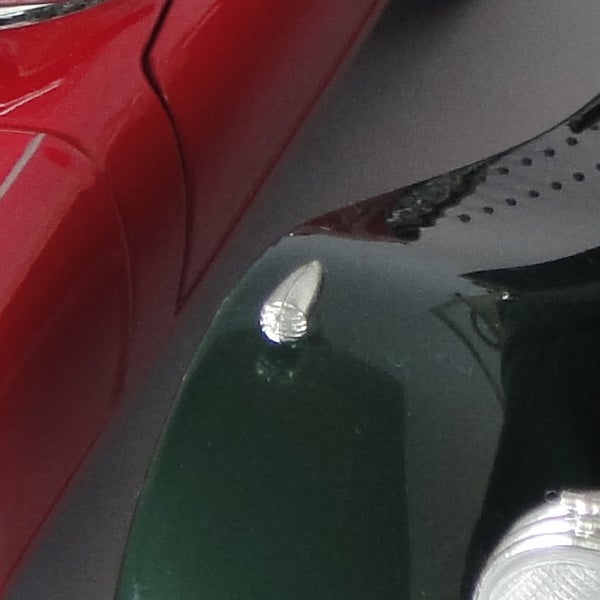 At the minimum ISO setting the image quality is very good, with nice smooth colour gradients. 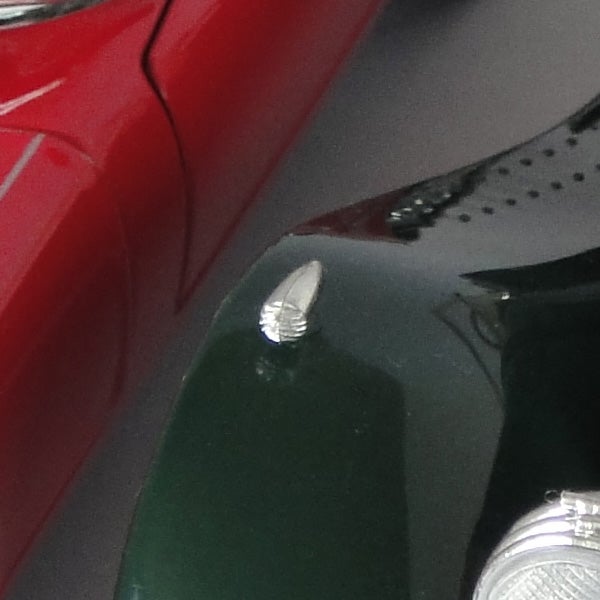 Not much differnce at 200 ISO. 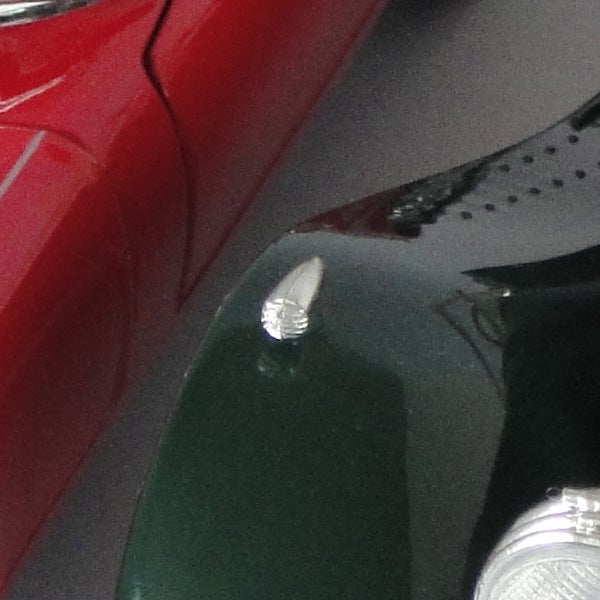 There is a bit of noise visible at 400 ISO, but overall image quality is stilll very good. 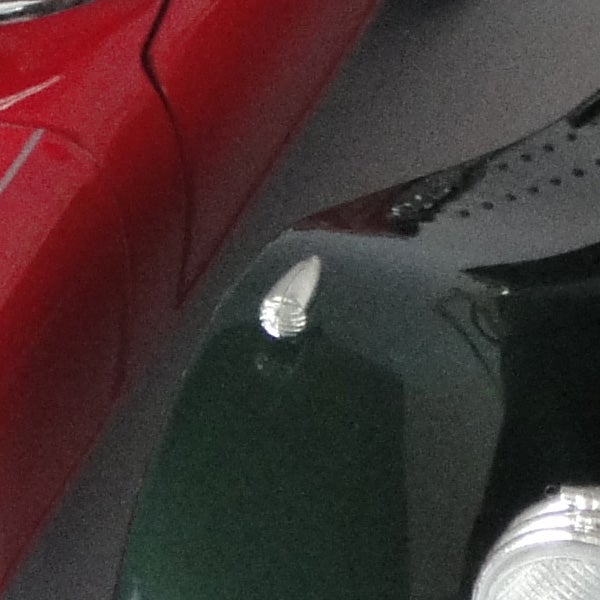 Noise is plainly visible at 800 ISO, but the image is still usable. 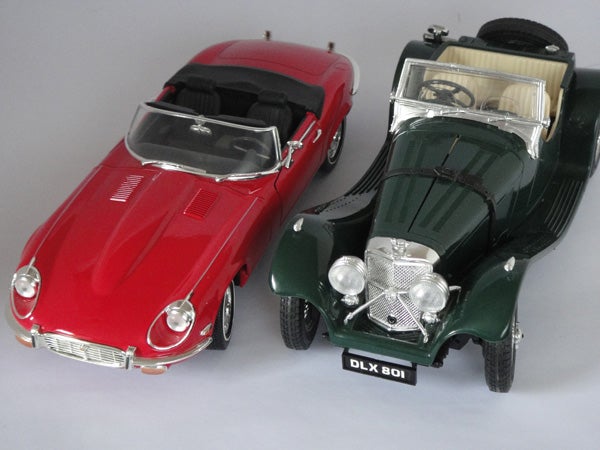 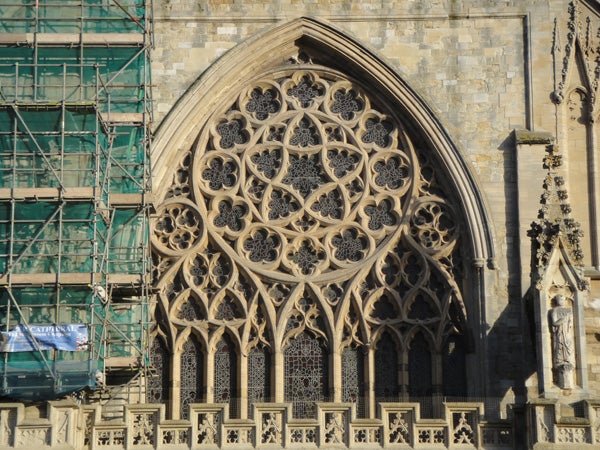 Here’s the usual detail test shot of the West Window of Exeter Cathedral, for you to compare with other cameras. See below for a full res crop, or click to see the whole picture. The downloadable file is approximately 5MB. 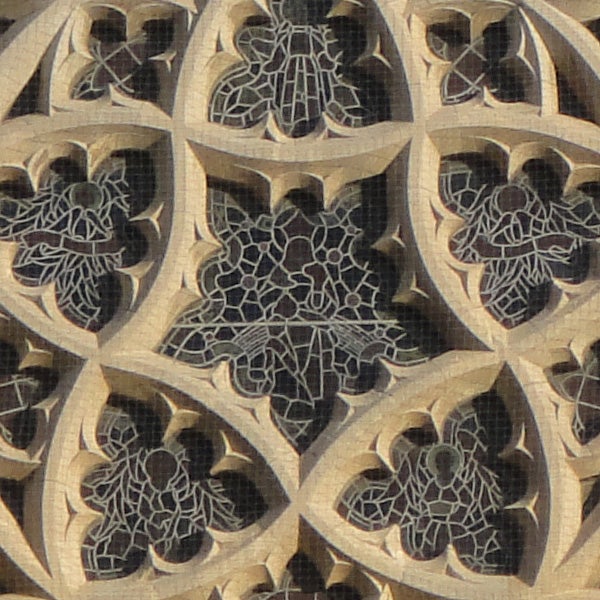 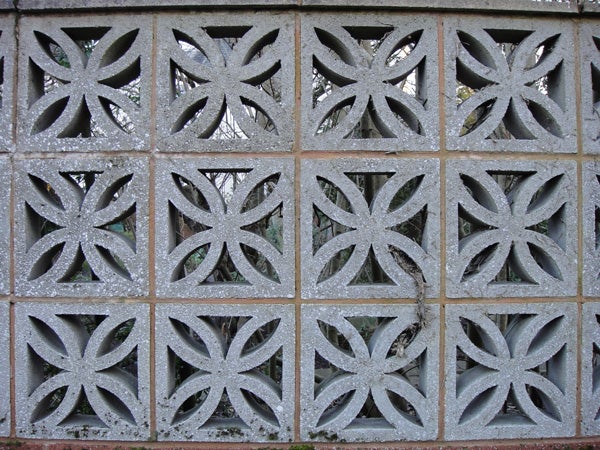 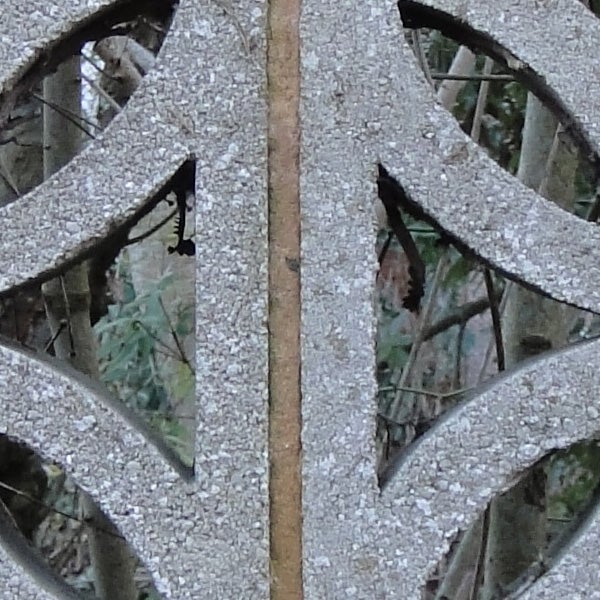 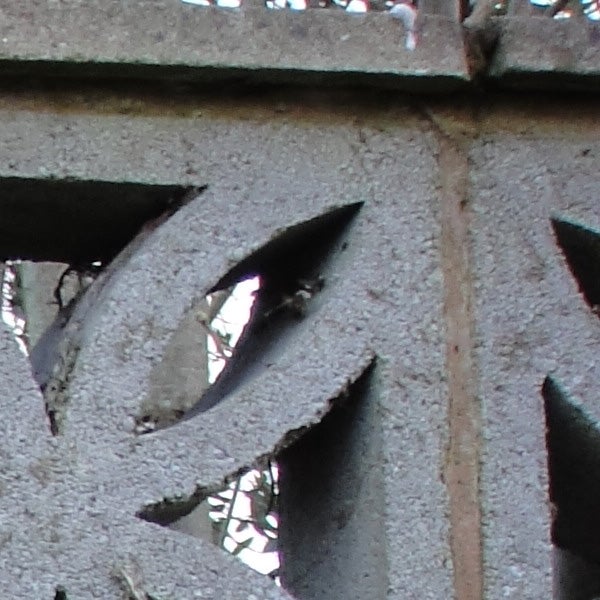 Corner sharpness is particularly good, with no chromatic aberration. 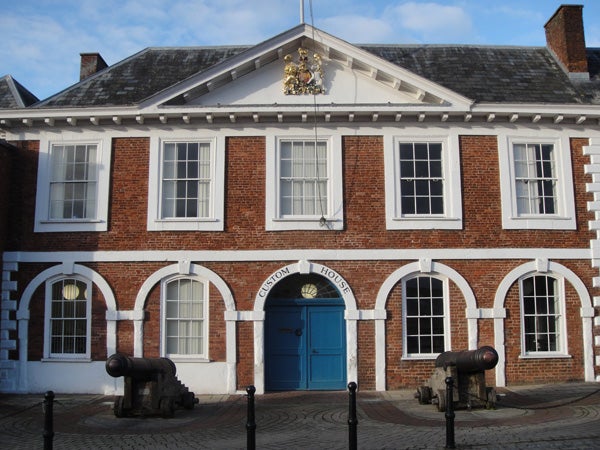 The wide angle end of the zoom is equivalent to 35mm, not particularly wide. 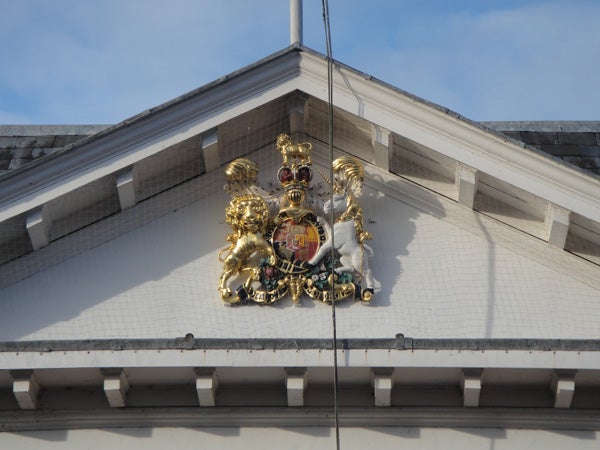 The telephoto end is equivalent to 140mm.. 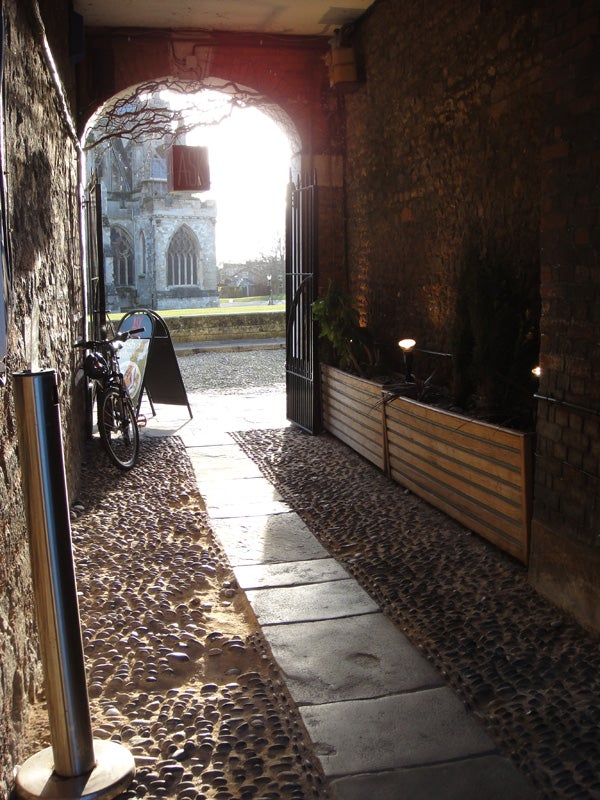 With the DRO switched off the dynamic range is slightly better than average for a pocket 10MP compact. 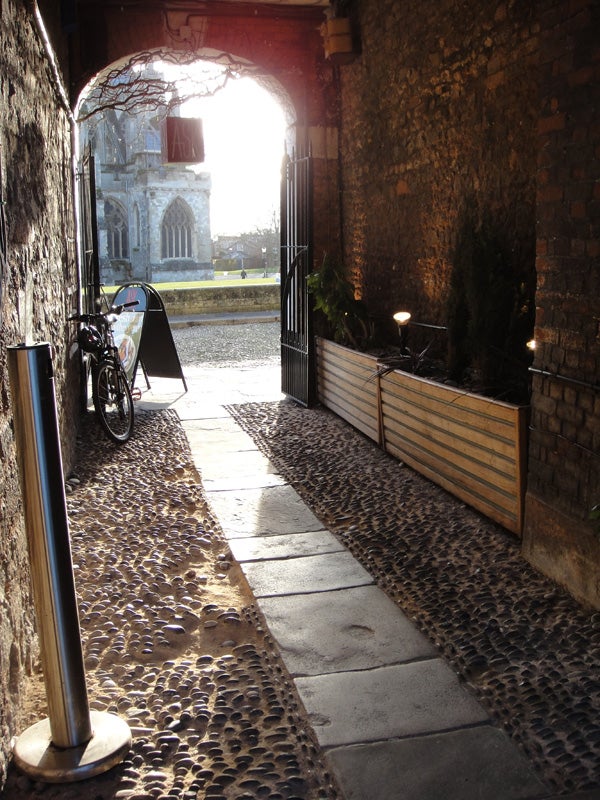 Switching on the DRO doesn’t seem to amke a whole lot of difference.

The Sweep Panorama feature can stitch together a shot like this on the fly. 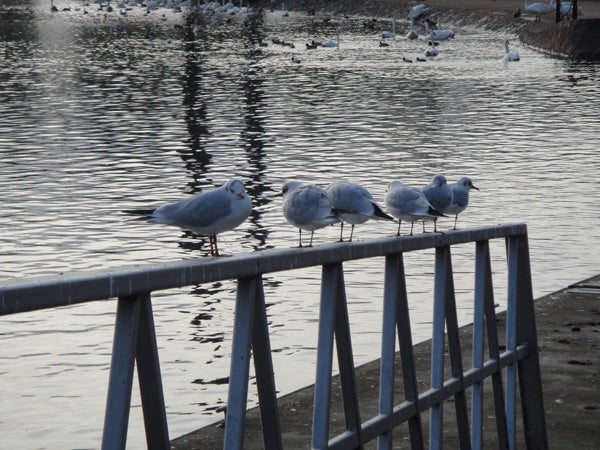 The quick shutter responce and 4x zoom is good for gettingclose to nervous subjects.