Modern digital compact cameras are wonders of advanced technology. Features that would have been unimaginable just a few years ago such as tiny multi-megapixel image sensors, face detection and even face recognition software, ultra-compact zoom lenses with optical image stabilisation, high resolution LCD monitor screens and tiny memory cards holding gigabytes of data are relatively commonplace today. However it has to be said that for all this sophistication, most cameras aren’t particularly modern-”looking”. While they have become smaller, the overall design hasn’t really changed that much since the days of film. It’s occasionally refreshing therefore to come across a camera for which the designer has been given free reign to come up with a really stylish and attractive product, incorporating all of the above features in a package that looks like it belongs in the 21st century. When this happens, the result is something like the Sony DSC-T2. 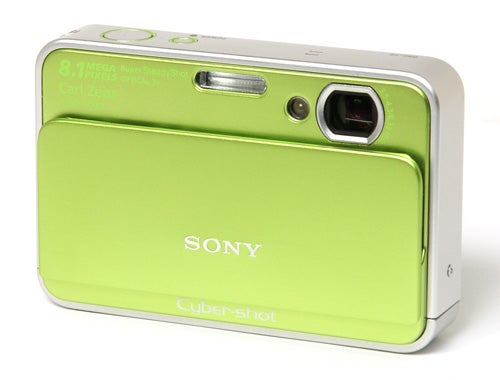 The T2 incorporates a number of design ideas that have been seen before, but does so in innovative and stylish way. It has a sliding front panel that covers the lens, which is not a new idea, but in this case the top two thirds of the front panel slides downward and lifts over the lower third, so that when closed it forms one flat surface. Meanwhile on the back it has a 2.7-inch touch-screen LCD monitor, again not a new idea, but the T2 uses it for almost every control function, with the few remaining buttons incorporated into the design more as styling flourishes rather than functional controls. The camera body itself is also both stylish and clever. The front, top and sides are all smooth aluminium , and it comes in a range of colours including black, white, turquoise blue, bright pink and the metallic lime green of my review sample. 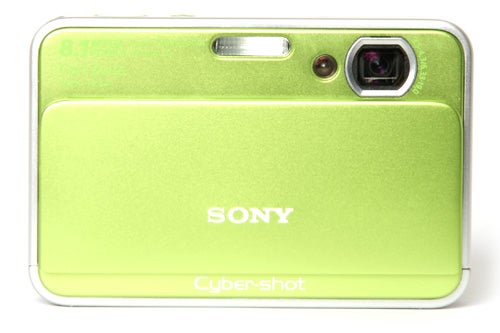 The basic specification of the T2 is unremarkable. It is an 8.1-megapixel camera with a 3x zoom lens equivalent to 38-114mm. However it is exceptionally compact and lightweight, measuring 86.8 x 56.8 x 20.2mm and weighing 156g including battery and memory card. This makes it one of the smallest cameras on the market, and it is tempting to compare it with models such as the Canon IXUS 80 and Pentax Optio S10. However the T2 has a number of features that these models lack, particularly its Super SteadyShot optical image stabilisation system. It is also rather expensive for a compact camera, currently selling for around £210 from most retailers. The IXUS 80 is around £180, while the 10-megapixel Optio S10 is around £150.

One of the main selling points of the T2 is its four gigabytes of internal flash memory. The idea is that you don’t need a memory card, and you don’t need to download your images onto a computer. The camera can store well over 1,200 pictures at the maximum quality setting, or over 1,500 at the 5MP size, so in theory you can permanently store all of your pictures in the camera’s memory. It has a number of playback options, including a scrapbook feature, slideshows and a number of in-camera editing functions, such as red-eye removal and the option to paint and draw on your pictures, add pre-set shapes such as hearts or arrows, or add filter effects such as radial blur, which can be positioned using the touch screen. The T2 can be connected directly to a printer via the multi-connector socket, and pictures can be printed straight from the camera. It does have a slot for Memory Stick Duo cards, so storage capacity can be increased by (currently) up to 4GB. 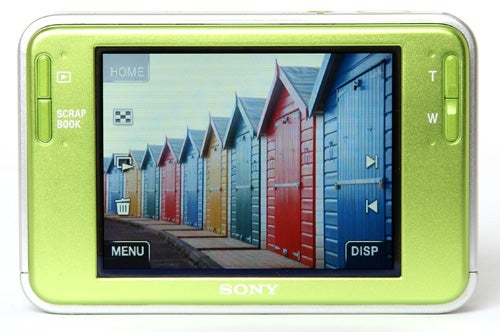 While I like the concept of an ultra-compact camera with image stabilisation, I do have a couple of problems with the T2’s design. The first is the position of the lens. In common with a lot of sliding-cover cameras the lens is in the top right corner of the body, and it is very easy to smear your finger across it when opening the front cover. If you don’t notice you’ve done it, you’ll end up with a lot of blurry, misty pictures until you clean the lens.


My other concern is more specific to the T2. Touch-screens work well on PDAs and the iPhone, but the screen on the T2 is a lot smaller than those gadgets. Admittedly I do have very large hands, but I found the 4 x 7mm button areas of the T2’s touch screen to be too small to operate comfortably with the tip of my finger, and I ended up using the tip of a pen to operate them. The screen is also quite soft and flexible, which results in a ripple effect when touched. 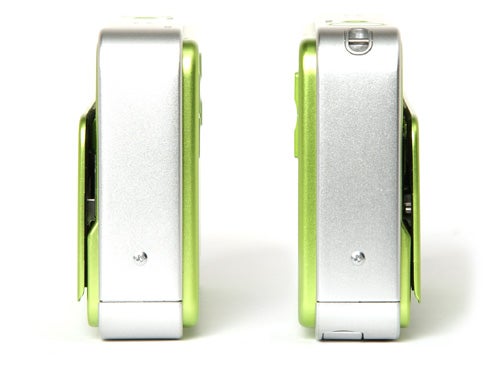 The camera’s other features work extremely well though. The touch-selectable focus point is an excellent idea, and Sony’s well-tried optical image stabilisation is capable of delivering around three extra stops of hand-held stability. The zoom lens control is slow but very smooth, allowing precise control over framing. The T2 has a fairly good movie mode, with the internal memory providing 51 minutes of recording time at the maximum quality 640 x 480, 30fps setting. The zoom lens can be used while filming, and is quiet enough that it doesn’t impinge on the soundtrack.


The T2 has Sony’s “Smile Shutter” system, which uses a variation on the face detection system to delay firing the shutter until people in the shot are smiling. It sounds like a good idea, or at least an interesting one, but in practice you have to grin like the Joker in order to get it to work.

The T2’s overall performance is pretty good too. It starts up in just under three seconds, which is about average for a compact. In single-shot mode its shot-to-shot cycle time is and impressive 1.2 seconds, while in continuous shooting mode it can maintain a consistent speed of approximately two frames per second, which is also very good. The multi-point AF system is very good, focusing quickly and accurately in all lighting conditions, including near darkness. The built-in flash is a little bit underpowered, with a maximum range of three metres at wide angle, but it works well at close range, with accurate metering and no burned-out highlights even on very close-up portrait shots. As for battery duration, Sony claims that the relatively small 660mAh battery powering the T2 is good for 280 shots on a full charge, but after three days of use I found that the camera was down to just one bar on the charge meter having only taken around 170 shots. This is by no means a poor performance for an ultra-compact, but it’s not quite as good as some rivals in this respect.

So far so good then, but finally we come to image quality, and here the news is not so good. Presumably to make the most of its internal memory, the T2’s image files are very compressed, averaging around 2.1MB, which is very small for an 8MP camera, resulting in visible processing artefacts and a general lack of fine detail. This is a pity, because the lens, although relatively small, has Carl Zeiss credentials and produces good sharp images with little distortion and a minimum of chromatic aberration. Colour reproduction is also very good, producing very natural tones in the default standard setting. The T2’s main image quality problems stem from its heavy-handed noise control, which blurs out fine detail on shots over 200 ISO. Shots over 400 ISO are pretty poor, and the 3200 ISO maximum setting is all but useless, as such settings usually are on compact cameras. Overall the image quality was a a bit disappointing for a premium-priced compact, especially one featuring such advanced technology. 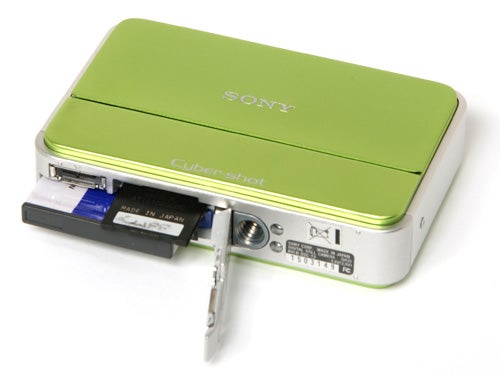 The Sony Cyber-shot DSC-T2 is an extremely stylish ultra-compact camera with a range of interesting and innovative features. If you can cope with the rather fiddly touch-screen interface and keep your fingers away from the lens, you’ll find it an excellent camera for social snapshots, and the creative playback features are a lot of fun. However it is quite expensive, the the overall image quality doesn’t live up to the price tag. 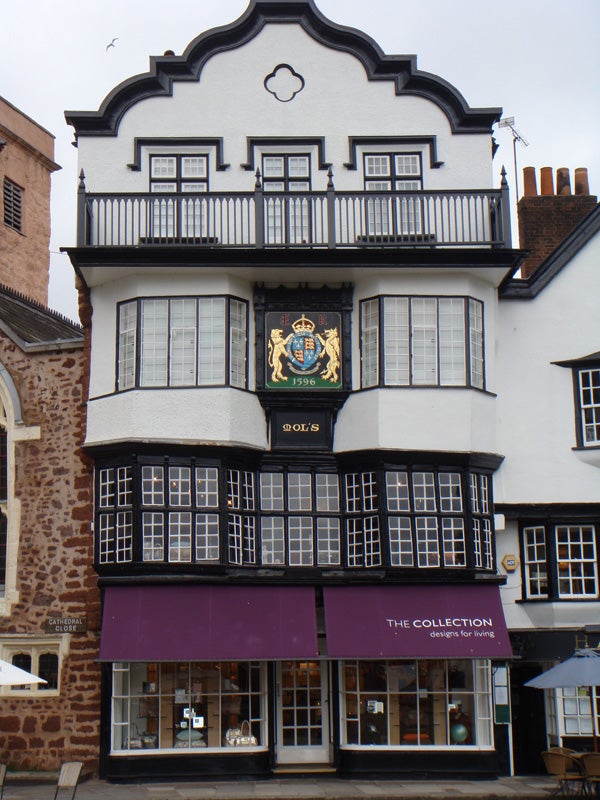 At 80 ISO the image is clean and sharp, with good colour and no visible noise. 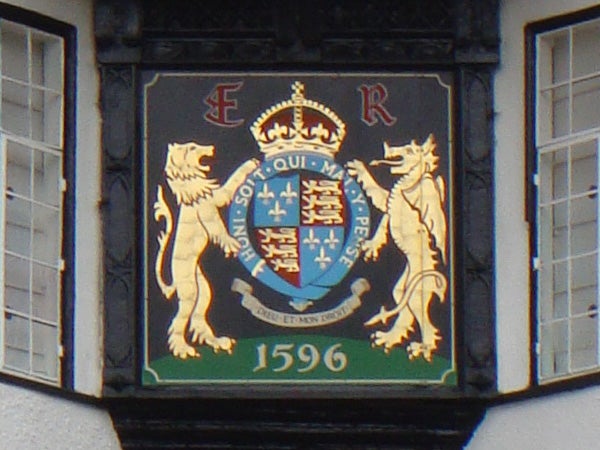 At 100 ISO there are already some processing artefacts visible. 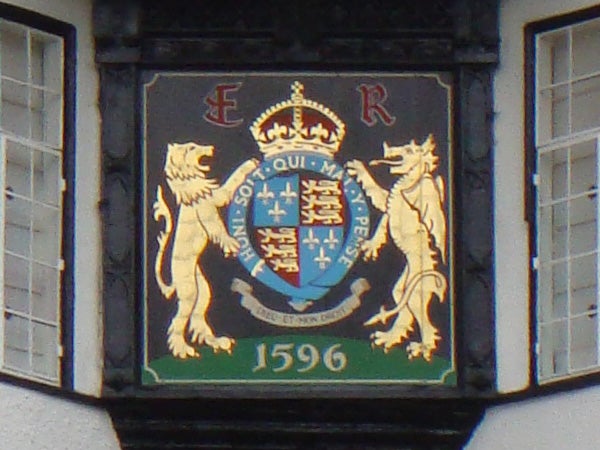 There is a bit of colour noise at 200 ISO, but the overall image quality is still pretty good. 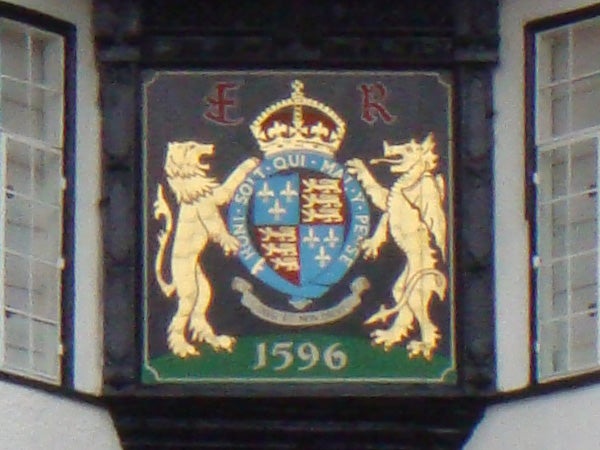 Noise is a problem at 400 ISO, with the noise reduction blurring out fine detail. 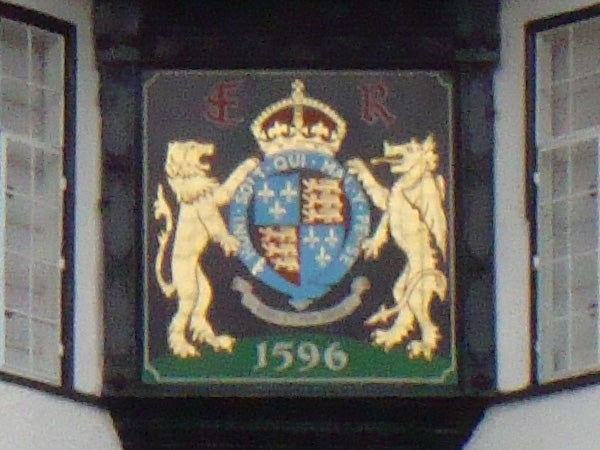 At 800 ISO the image noise and noise reduction effects are much more noticeable. 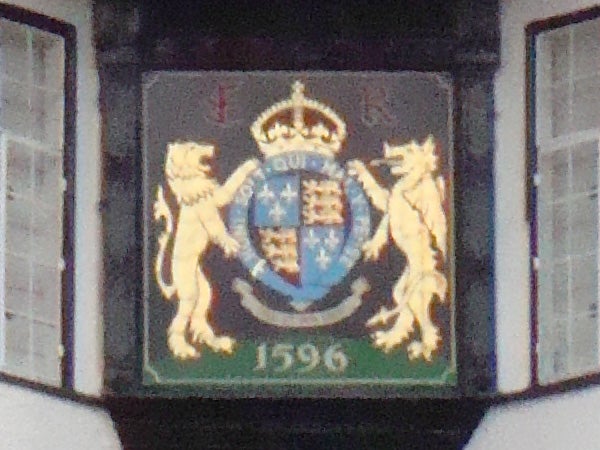 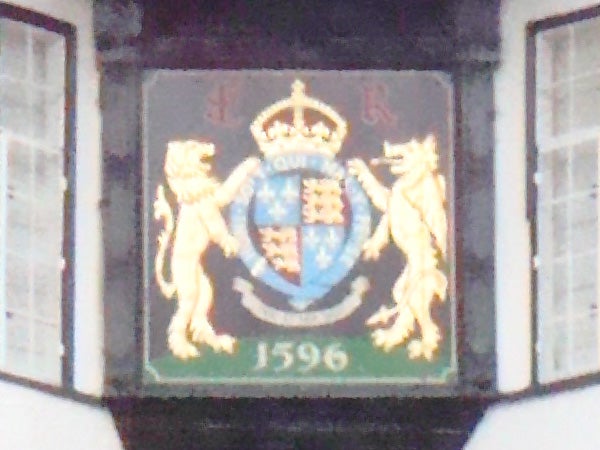 As is usually the case, 3200 ISO is virtually useless. 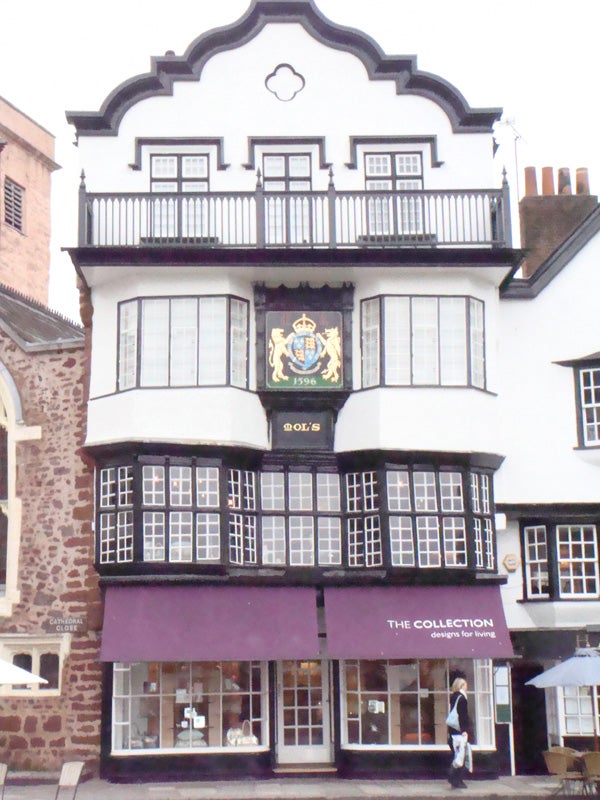 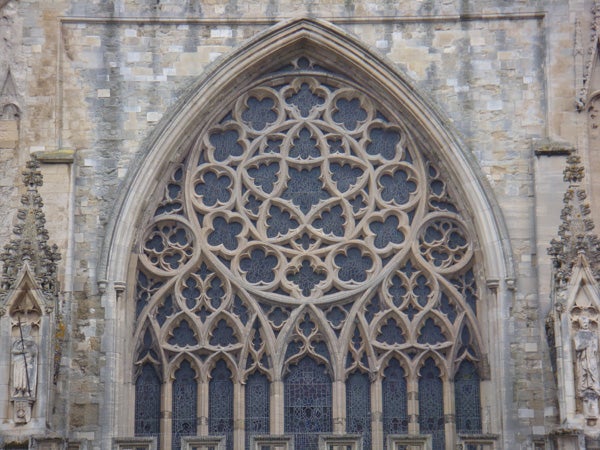 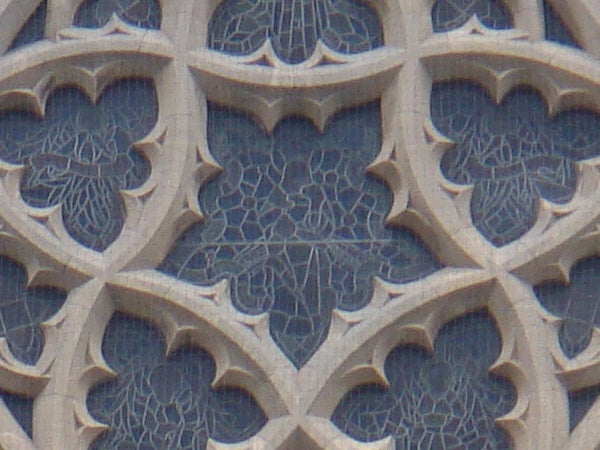 The heavy image compression has robbed the image of a lot of fine detail. 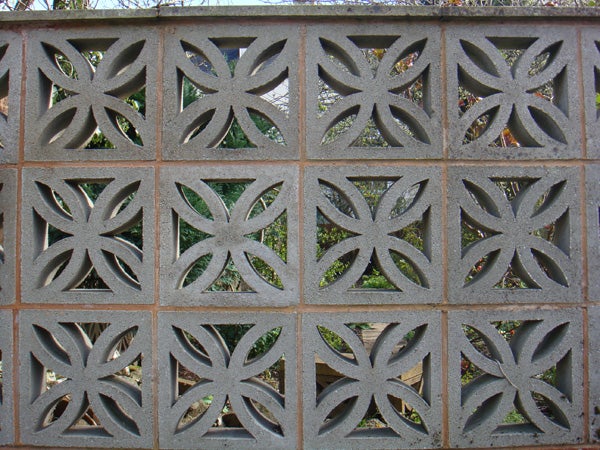 The lens produces only slight barrel distortion at the wide angle setting. 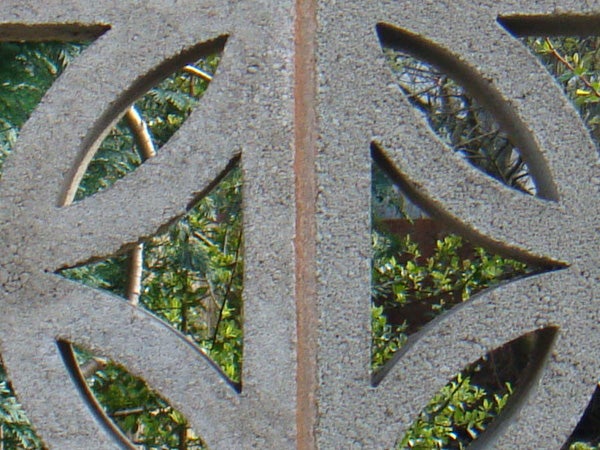 The centre of the frame is quite sharp. 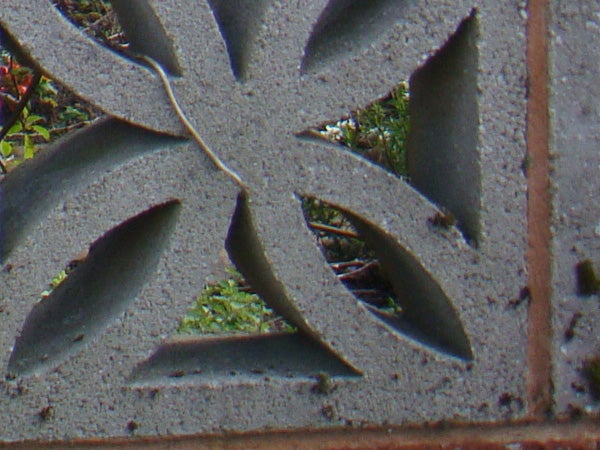 Corner sharpness is also good, with only a little chromatic aberration. 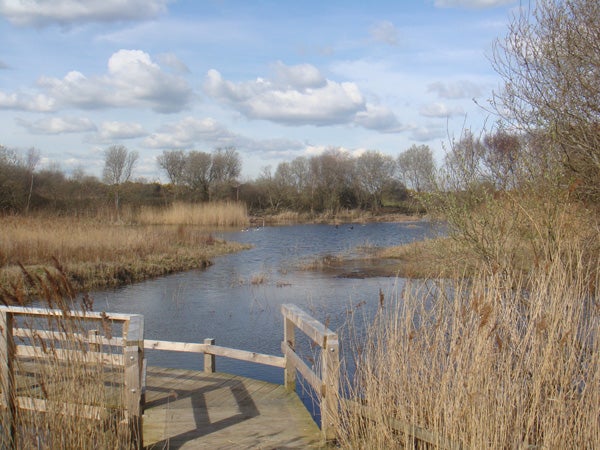 The wide-angle end of the zoom range is equivalent to 38mm. 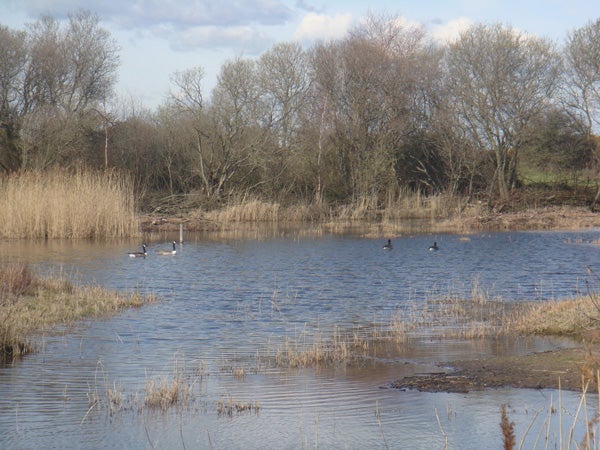 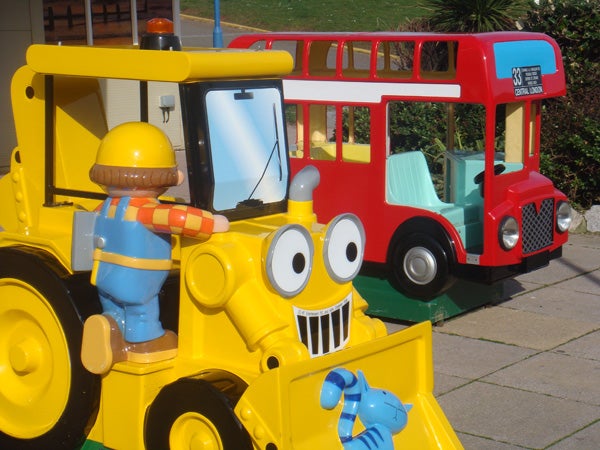 Colour rendition is excellent, but the lens is very prone to dirt, which can cause some blurring. 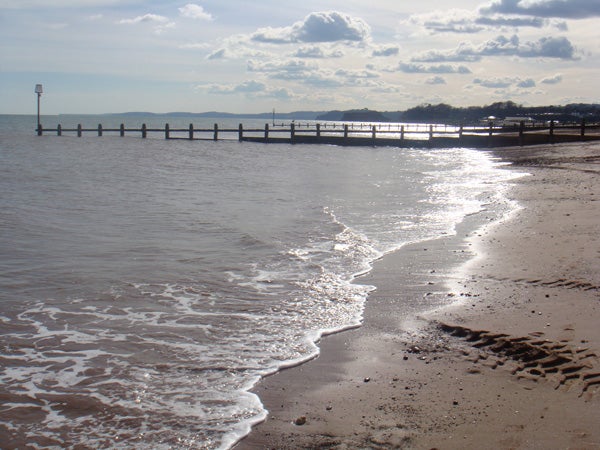 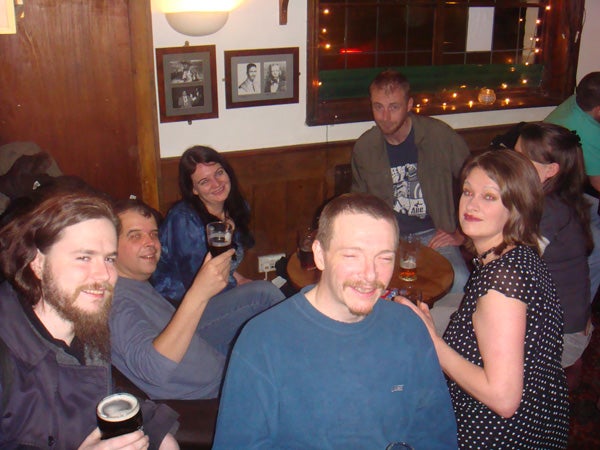 The flash isn’t very powerful, but exposure and frame coverage are good.