Super-zoom cameras are a well established and popular sector of the digital camera market. They mark a boundary between pocket compact snapshot cameras and entry level digital SLRs, and offer a compromise between the convenience of the former and the capabilities of the latter. Most of the major manufacturers have products in this category, including of course Sony, which has a range of five super-zoom cameras in its H-series models. Today I’m taking a look at the Cyber-shot DSC-H9, an 8.1-megapixel camera with a 15x zoom lens, equivalent to 31-465mm. Until the announcement last week of the DSC-H50, the H9 was Sony’s top-of-the-range super-zoom model. 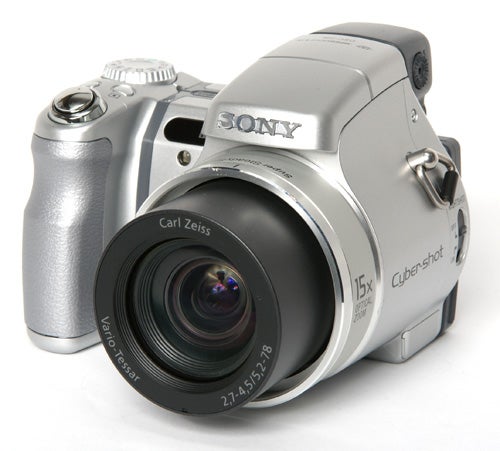 In well-established products lines form tends to evolve to follow function, so it’s not particularly surprising that a lot of cameras with similar specifications end up looking alike. The Sony DSC-H9 bears at least a superficial resemblance to a number of other super-zoom models. The overall design seems to have some strong influences from Konica-Minolta’s Z series, and could represent what the Z series might have developed into had Konica-Minolta not abandoned the digital camera market. As for other manufacturer’s models, the H9 bears comparison with the Fuji S8000fd (£172), the Olympus SP560UZ (£208), the Panasonic FZ18 (£229), and of course the Canon S5 IS (£233). The DSC-H9 is currently available for around £220, putting it mid-way up the price scale for an 8MP super-zoom. 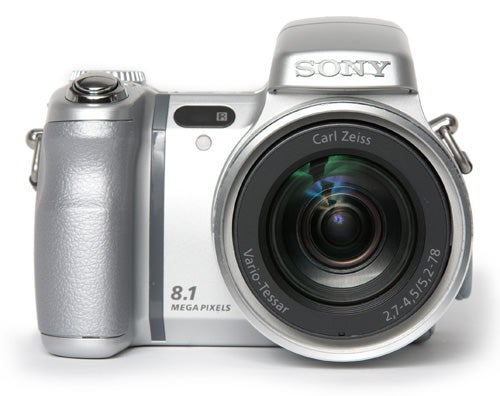 The initial impression of the H9 is mixed. On the one hand it is a fairly large and imposing camera, measuring 109.5 x 83.4 x 85.7mm, and that big lens with its Carl Zeiss brand name certainly looks the part. The camera has a fairly large handgrip, and the body itself is quite thick, and it at least looks quite solid and businesslike. However on picking up the camera, it feels rather lighter and less solid than it looks, despite weighing in at a substantial 546g including battery, and it doesn’t feel as well made as some rival models. The plastic body feels a bit thin in places, with a few worrying creaks when squeezed. The pop-up flash and battery/card hatch especially feel quite flimsy.

Apart from its big zoom lens, the H9’s most obvious feature is its huge three-inch 230k articulated monitor screen. This is mounted on a two-way hinged bracket, allowing it to tilt up to ninety degrees up or down, allowing it to be used either as a waist-level finder or for overhead shots, and is also quite handy if the camera is mounted on a tripod, although it would be even more useful if tilted from side to side. I’m fairly sure this is the largest articulated monitor on any non-SLR camera. It’s a good screen too, very bright and sharp with good colour rendition and a very high angle of view. The refresh rate could be a little better, but you can’t have everything. 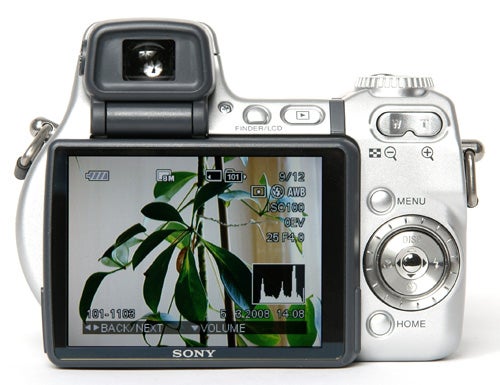 Super-zoom cameras tend to be aimed at more experienced photographers, and the H9 caters for this more demanding audience with a range of manual options for creative photography. It has shutter priority, aperture priority and full manual exposure, with shutter speeds from 30secs to 1/2000th of a sec, and apertures from f/2.7-4.5 to f/8, selectable in 1/3EV increments. 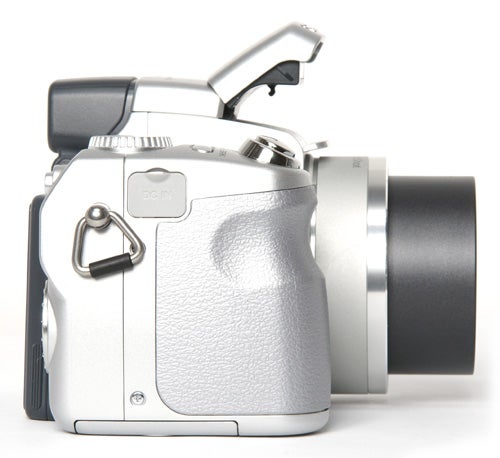 The H9 is equipped with a couple of Sony’s more advanced features, specifically Super SteadyShot image stabilisation and the Bionz image processor with Dynamic Range Optimiser. Both of these work extremely well, the IS providing approximately 2-3 stops of extra shooting stability, and the DRO pulling out about two stops of extra shadow detail.


However the H9 is lacking a number of features I would have expected to see, such as manual focusing, an interval timer, or even more basic things like adjustable sharpness, colour balance, contrast or saturation. Even its range of automatic shooting options is very limited. The main mode dial offers the standard range of shooting programs, including landscape, portrait mode with face detection, night portrait and sports mode, as well as a scene mode, however this has just four scene programs; fireworks, snow, beach and twilight. Since snow and beach are pretty much the same thing, this has to be the most miserly range of automatic modes I’ve ever seen. 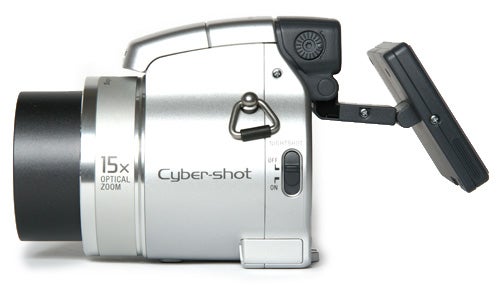 The H9 does have one unusual feature though; the clever nightshot mode first seen on the DSC-F717. This is a special shooting mode in which the infrared filter that normally sits in front of the CCD is moved aside, and a small infrared LED provides unseen illumination. All compact cameras can see infrared light to some extent (try it out with the IR emitter on your TV remote), but the H9 can literally see in the dark, producing an eerie green image on the monitor, and capturing grainy, ghostly images that wouldn’t look out of place in a Most Haunted series. The image quality is pretty terrible, and you can’t make out much detail, but it is an impressive novelty and a good party trick.

The H9’s performance is pretty good for a super-zoom camera, starting up in about 2.5 seconds and shutting down again in about the same time. In single shot mode, shot-to-shot cycle time is an impressive 1.2 seconds, while in continuous mode it can maintain two shots a second until the memory card is full, which is pretty good going. Sony’s nine-zone AF system is very quick and reliable, and works well in a wide range of lighting conditions, including complete darkness thanks to an AF assist lamp. It will also focus in the dark in Night Shot mode with the help of the IR illuminator. Battery performance is also fairly good for a big camera, with the 940mAh Li-ion battery providing enough juice for approximately 280 shots, although unlike some recent Sony still cameras, the H9 doesn’t have the useful InfoLithium charge meter. 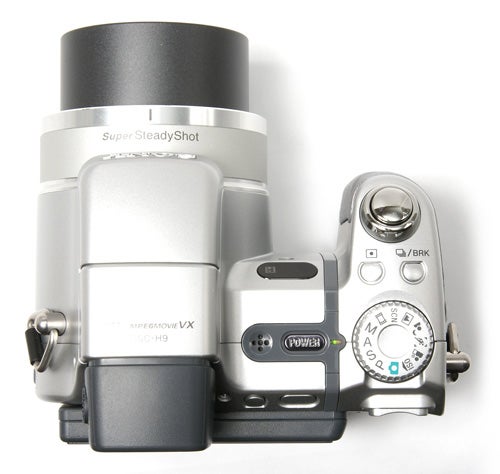 Unfortunately the DSC-H9 is fitted with a small 1/2.5-inch sensor. It is a Sony SuperHAD CCD, which should confer some advantage, but in fact the final image quality really isn’t that good. Surprisingly, considering its illustrious brand name, a lot of the problems are caused by the lens. It suffers from significant barrel distortion at the wide angle end, pincushion distortion at the telephoto end, and very visible chromatic aberration getting progressively worse toward the edge of the frame. Centre sharpness is good, with plenty of fine detail, but the negative effects detract noticeably from the image quality. Image noise is also an issue, but mainly because of the very heavy-handed noise reduction system, which is unfortunately not adjustable. Images over 200 ISO look very processed, and images at the 3200 ISO setting are, as is usually the case, virtually unusable. I also noticed some problems with inconsistent exposure, with several shots being significantly under or over exposed. 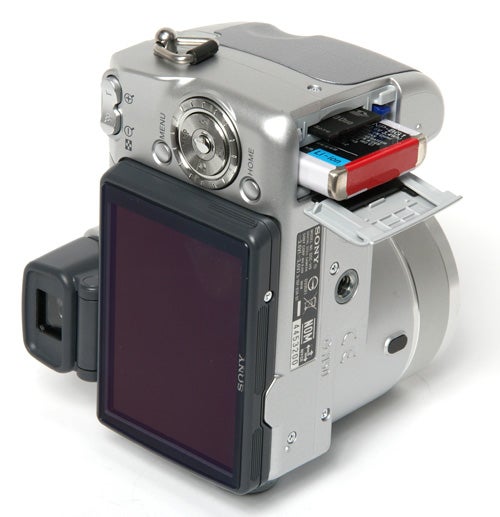 Sony’s DSC-H9 has some interesting features, including an impressive zoom range, manual exposure options, night shooting and a big tilting monitor, and it is competitively priced, but it lack the versatility of some rival cameras. It is also lacking in final image quality, with unexpected optical problems as well as overpowered noise reduction. Not a bad camera, but there are better alternatives available. 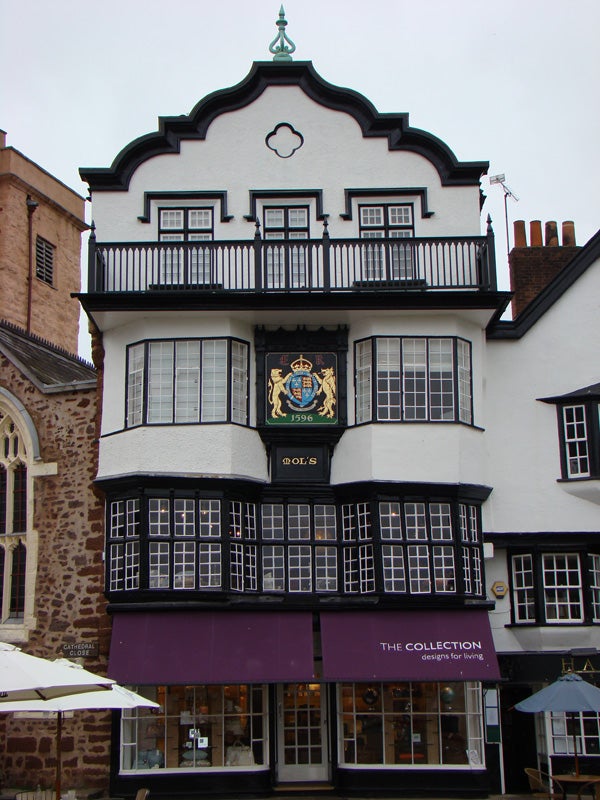 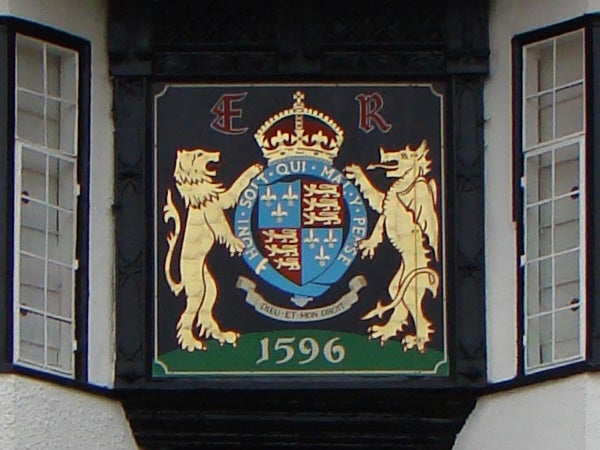 Although there is no noise, there are other problems with the image quality. 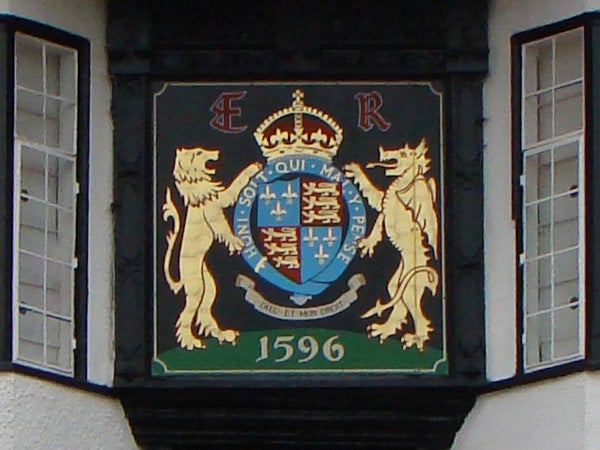 At 200 ISO there is some colour mottling in the darker areas. 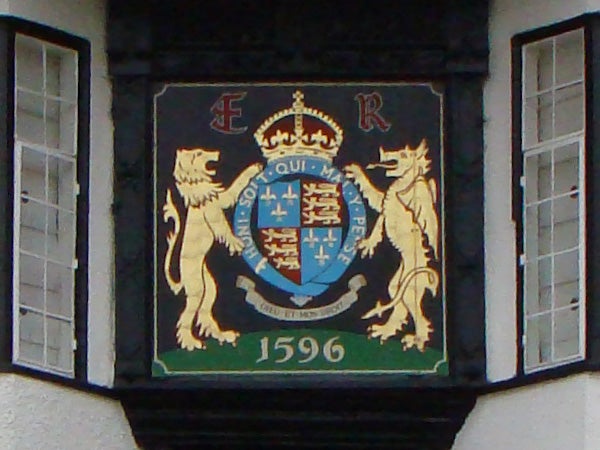 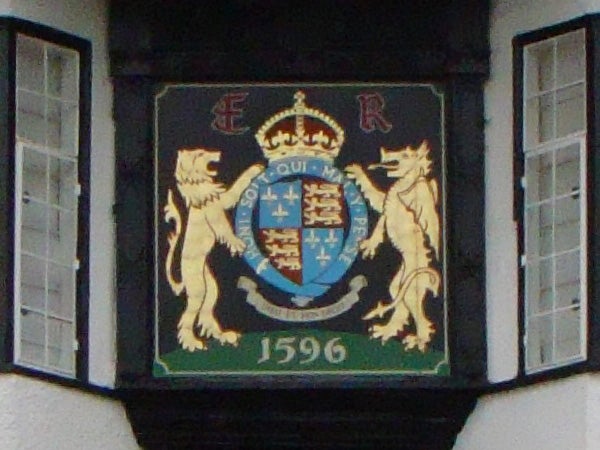 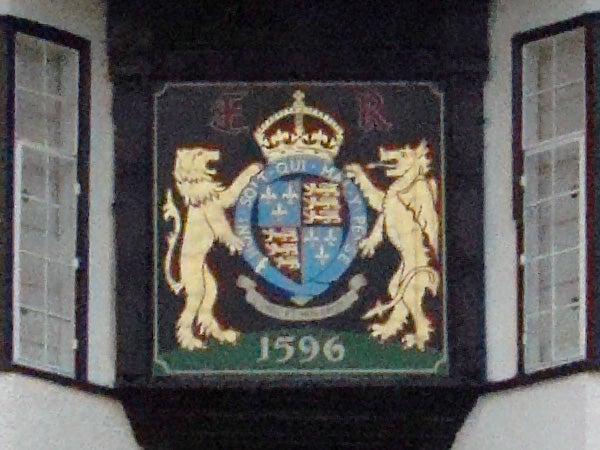 At 1600 ISO there is no fine detail left, and the image quality is very poor. 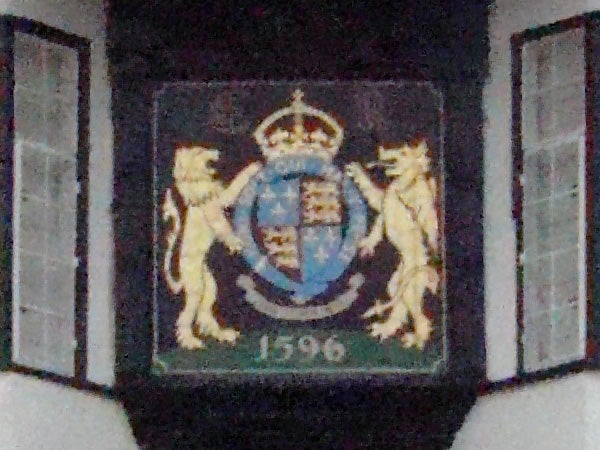 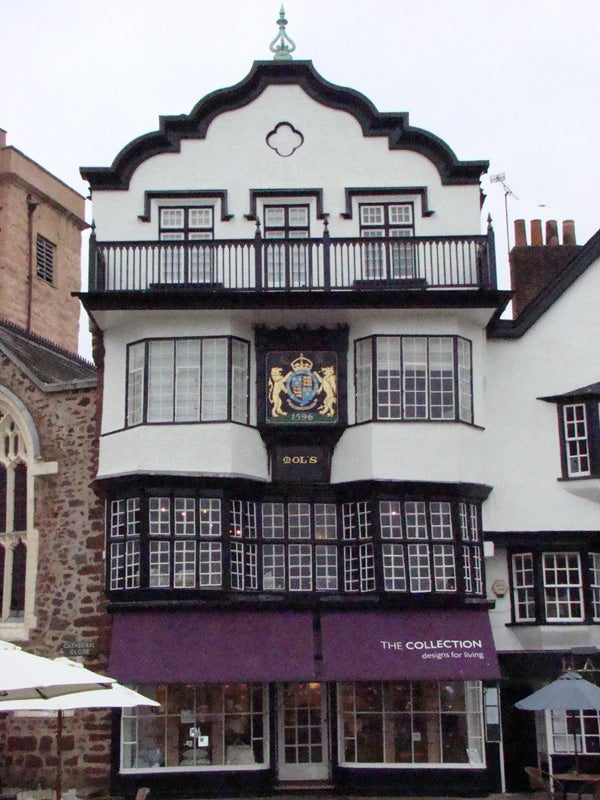 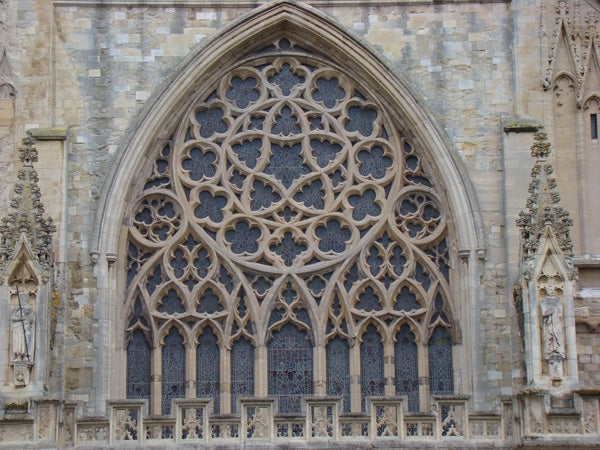 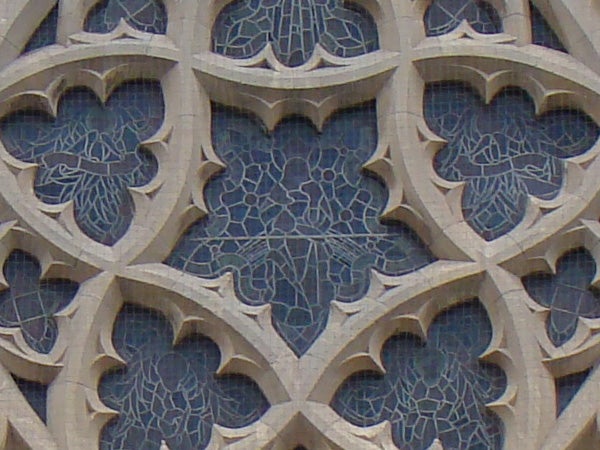 Close to the centre of the frame, the level of sharpness and fine detail is impressive. 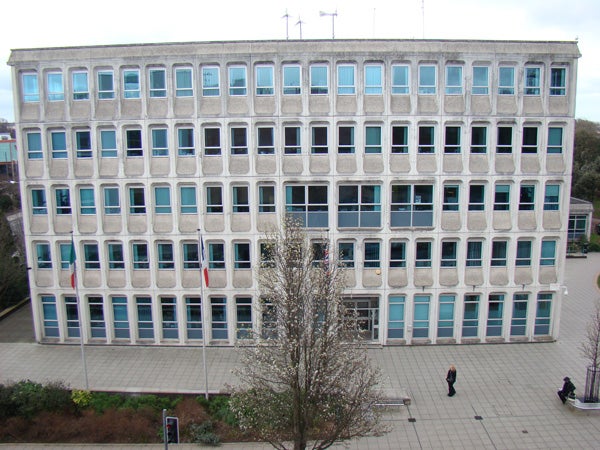 The “Carl Zeiss” lens produces horrible barrel distortion at the wide angle end, and the shot is also slightly over-exposed. 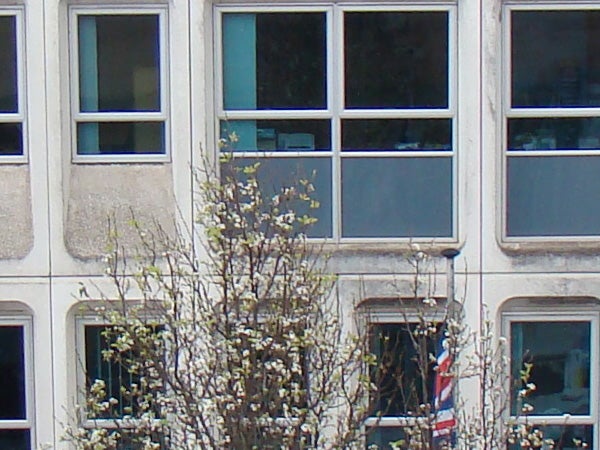 Centre sharpness is good, but you can see traces of chromatic distortion even here. 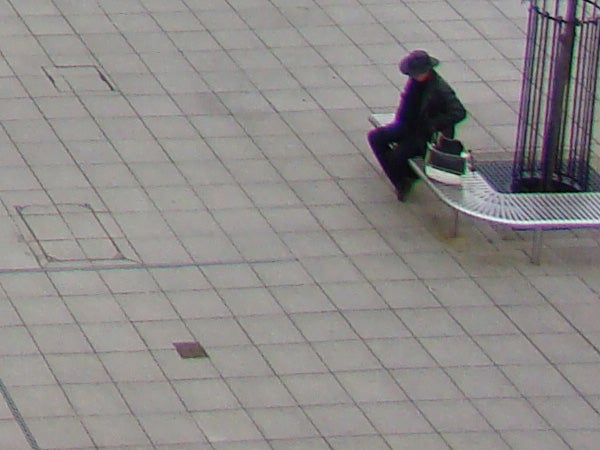 The cyan and green fringes here are caused by chromatic aberration, the lens not focusing all colours at the same point. 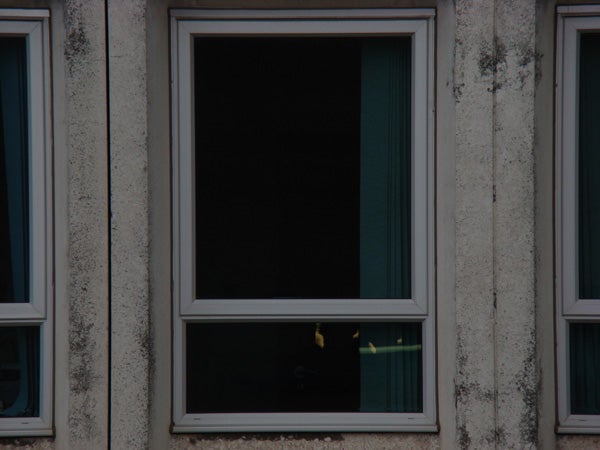 At the telephoto end, pincushion distortion squeezes in the sides of this shot. 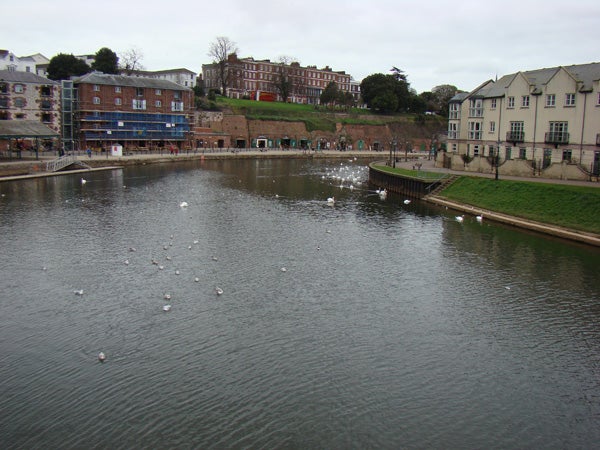 The wide angle end of the zoom range is equivalent to 31mm, pretty wide for a super-zoom. 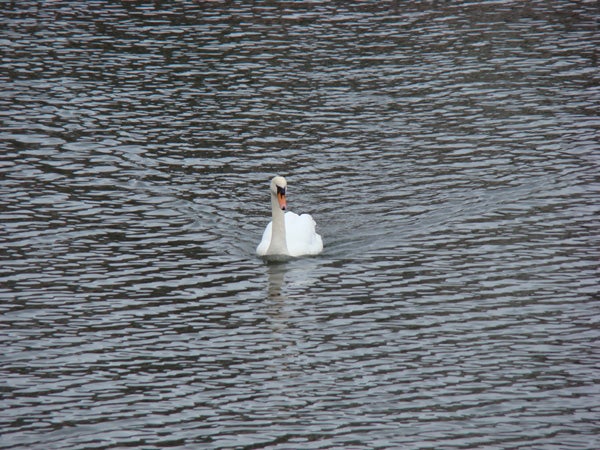 The telephoto end is equivalent to 465mm, great for picking out details in a scene. This was taken at a shutter speed of 1/80th of a second, hand held. 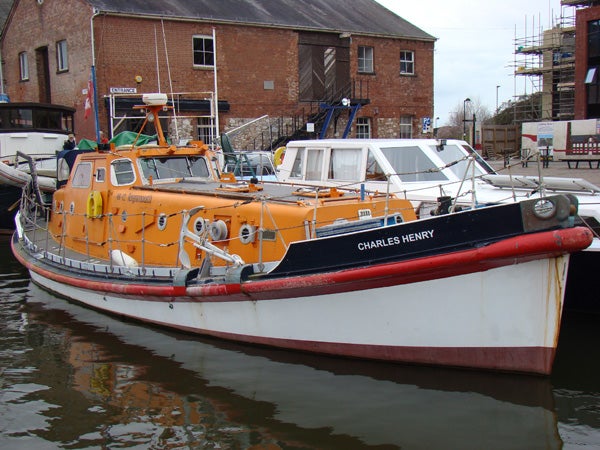 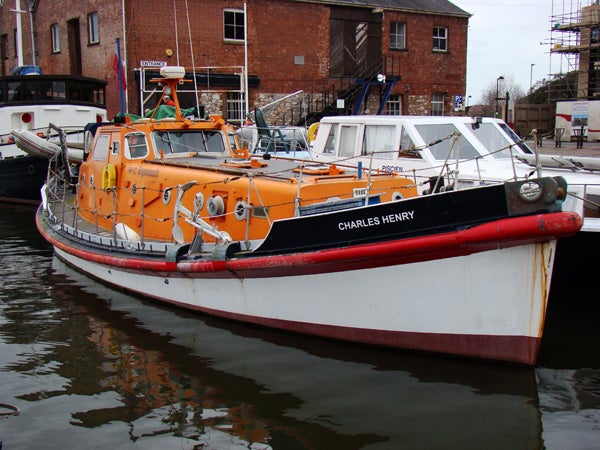 Vivid colour is a bit over-done. 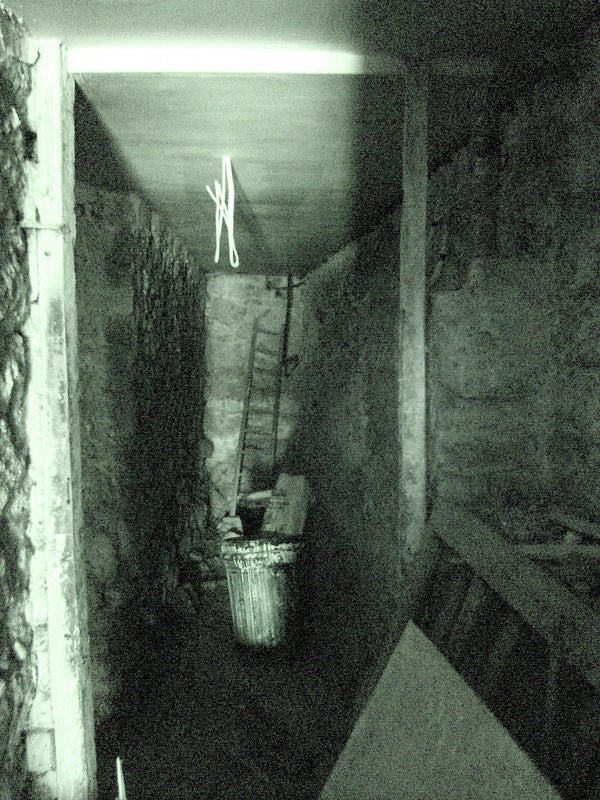 Our creepy zombie-infested cellar in infrared, in Night Shot mode.