Although Sony was doubtless chuffed to receive a well-deserved Recommended badge for its VPL-HW15 projector recently, the thought may also have flitted across its mind that the quality the HW15 served up for under two grand might make the brand’s £5,000 VPL-VW85 we’re looking at today a hard sell.


Especially as last year the VW85’s predecessor, the VW80, failed to totally convince us that it was worth its extra cost over the HW15’s predecessor, the HW10. Then again, given that the VW85 arrives in our test labs fresh from winning a Best Projector European Imaging and Sound Association (EISA) award, maybe Sony has simply decided to respond to last year’s criticism and really do a number on its latest step-up SXRD projector. 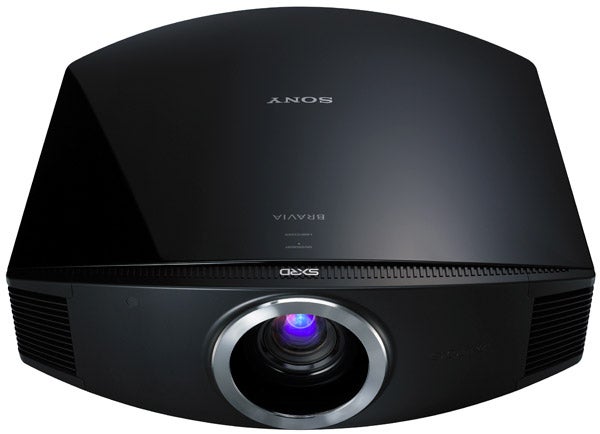 SXRD, if you’re not familiar with it, is Sony’s proprietary projection technology, and is, like JVC’s D-ILA system, a ‘spin-off’ of Liquid Crystal on Silicon (LCOS) technology. Sony’s home-grown SXRD chips offer a couple of claimed advantages over standard LCOS chips. First, they’re exceptionally small, allowing for smaller pixel pitch – something that should help produce a brighter, sharper picture devoid of visible picture structure.


Second, since the liquid crystal layer on an SXRD chip is exceptionally thin, it can respond faster to changes in image content, delivering potentially significant benefits when it comes to showing fast motion.


In fact, one of the biggest reasons for the VW85’s three grand price hike over the HW15 is its use of one of Sony’s High Frame Technology 3SXRD panels. These double the number of images displayed on the screen per second versus the HW15, resulting in, hopefully, even greater reductions in judder and blur.

The VW85 additionally promises to double the 60,000:1 contrast ratio of the HW15; adds an Anamorphic Zoom mode for compatibility with anamorphic lenses; and for better or for worse, introduces some meaty extra video processing power in the form of MotionFlow.


The MotionFlow system has two distinct elements to it: Film Projection and Motion Enhancement. The latter is pretty self explanatory, offering two different levels of frame interpolation for reducing judder. Film Projection remains, so far as I can think, a unique feature for Sony, and involves inserting black frames into the picture to recreate more accurately the slight flickering effect of watching 24fps celluloid whizzing through a cinema projector. Rest assured I’ll come back to both these features in the performance section of the review.

The VW85’s easy to read onscreen menus, meanwhile, contain a pretty good level of flexibility. Particularly important to cinephiles will be its Real Colour Processor, which allows you to adjust the saturation and hue of the six main colour elements, as well as allowing you to fine tune the position and range of each colour within a ‘circle’ containing the whole available colour spectrum. The RCP system handily drops all the colour elements out of the picture bar the one you’re working on at a particular time.


Yet oddly, I still wanted to fine-tune things a touch more – perhaps having the facility to tweak the brightness of each colour, say. Then again, my minor frustration during colour calibration could have been a result of me not ever feeling totally in tune with the unusual RCP interface. 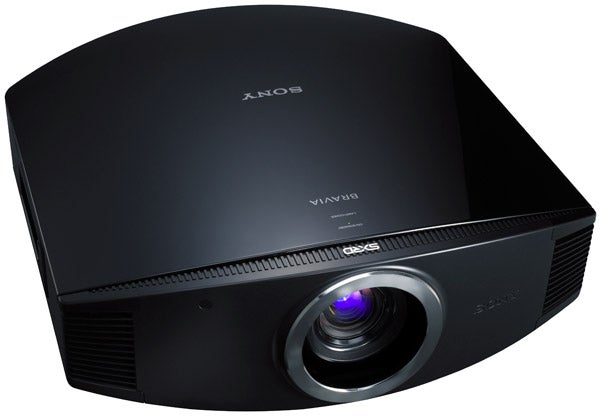 The VW85, as with most projectors, lets you switch the lamp output between high and low levels, and delivers a potential further contrast boost courtesy of Advanced Iris 3: Sony’s latest auto iris system, which comes with two different ‘automatic’ levels plus a much-appreciated manual adjustment that lets you position the iris in a fixed position of your liking.


Other stuff worth a passing mention includes an MPEG NR system that goes so far as to let you fine tune and balance the separate mosquito NR and block NR components, and six different Gamma options (for me, Gamma 3 appeared to produce the most ‘movie-like’ results).


With a glamorous elliptical design and glossy, deep black finish (with glittery highlights), the VW85 cuts a surprisingly attractive figure considering that it’s actually quite large by domestic projector standards. It’s tidily connected, too, with the inevitable two HDMIs joined by a couple of 12V trigger outputs, a composite video input, an S-Video input, a D-Sub PC port, and an RS 232 remote control port.

If there are any disappointments on the VW85’s spec sheet, they’d be that it only uses Bravia Engine 2 processing rather than the BE3 system found now on Sony’s top-end TVs; and that it only claims a brightness of 800 Lumens versus the 1,000 Lumens of the HW10.


Regarding this latter figure, though, my personal experience is that slightly lower brightness levels can actually deliver a better projection picture, provided, of course, that other elements of a projector’s optics are up to the job and your room is as blacked out as possible.


In any case, one of the first thing that strikes me about the VW85’s pictures as I finally settle down to watch it in action is how bright its pictures look versus the HW15 and even last year’s VW80. The picture is really driven off the screen, bringing films and games to life with a strong, vibrant colour palette and some impressively pure whites and brights.

Of course, the VW85 depends on an auto iris to achieve its deepest black levels, whereas the JVC models can achieve theirs ‘natively’, with no need for an auto iris. But I have to say that the new Advanced Iris 3 system Sony has implemented on its latest SXRD models really is impressive, hugely reducing the instances of obvious brightness ‘jumps’ compared with the VW80.

In fact, the only times I noticed any instability in the picture were while watching one or two animated scenes, or, oddly, while playing FIFA 10 on the Xbox 360, during which the pitch’s colour tone seemed to momentarily skip around from time to time.


It’s important to add here, too, that the dynamic iris system doesn’t lead to as much crushing of dark areas as I would have expected based on previous SXRD machines. Yes, under really extreme conditions, such as a shot of a star field, JVC’s D-ILA models can produce more and brighter stars against the blackness of space than the VW85. But it’s a much more marginal difference than it ever has been before. 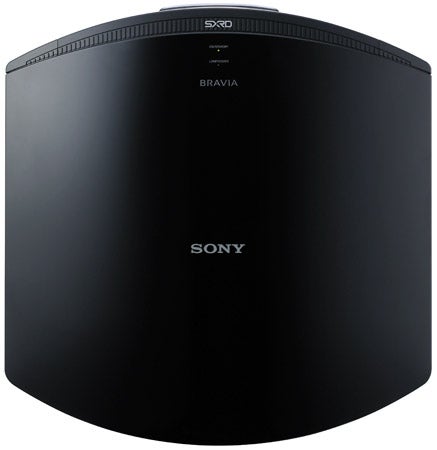 Moving on to the VW85’s colours, they are both stable and vibrant, as well as containing no obvious noise. I would recommend that you spend a little time fine-tuning the colour palette, as it seemed a little yellow in tone for my tastes using any of the from-the-box presets. But make no mistake about it: unlike the VW80, the VW85 really can produce a startlingly cinematic colour palette when set up right.


All this, and I haven’t yet mentioned what became, by the time I’d finished with the VW85, my single favourite thing about its pictures: their phenomenal sharpness. 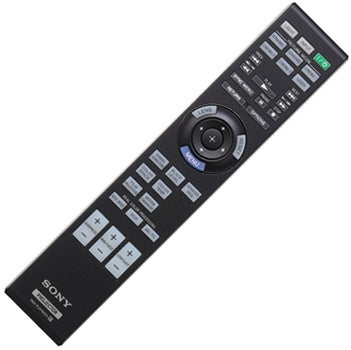 I’ve long found this to be one of SXRD’s most potent strengths, but the VW85 shifts up yet another gear, delivering levels of detail and clarity so acute they can actually inject new life into film sequences I’ve watched literally dozens of times before.


For instance, at the end of the ”Casino Royale” opening credit sequence, a bunch of animated bank notes explode around Bond as he walks toward the camera. This, of course, I’ve noticed before. But the VW85’s fine detailing is such that for the first time it hit me right between the eyes that these were all £10 notes, with every last detail of the numbers and pictures on your average tenner looking stunningly clear.

This £10 note action also introduces the bit of the review where I look at the VW85’s motion-related processing. For one of the reasons the detail on the £10 notes looked so clear is that I was experimenting, when I first noticed it, with the projector’s High Motion Enhancement mode – a mode that makes even 24p Blu-ray playback look silky smooth (while generating startlingly few side effects).

If like many movie fans, though, you don’t like the fluidity introduced by the highest Motion Enhancement setting, there are two options open to you. First, you can turn Motion Enhancement to its less dramatic Low setting, or you can experiment with the VW85’s Film Projection settings. For I found that the flickering/pulsing effect this introduces serves to make the fluidity of the Motion Enhancement system look more natural without losing motion sharpness, leaving you with a picture that looks kind of cinematic but also judderless and clear.


Having said all that, I have to say that personally, despite trying to live with it for many hours, I never really got used to the Film Projection modes – not even the ‘gentlest’ setting. The flicker was just that bit too distracting and didn’t feel quite organic enough to really recreate the celluloid experience. But this could well just be a matter of personal taste. 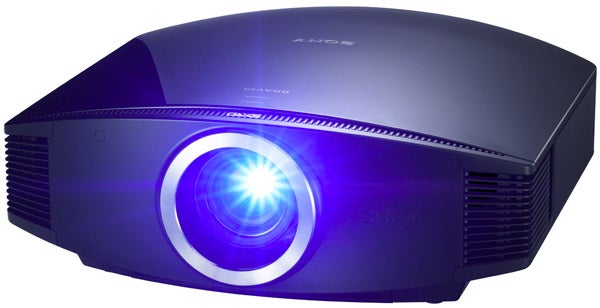 In any event, I urge anyone who buys a VW85 to at least experiment with its dual motion processing tools. And don’t forget that even if you decide you don’t like them at all, the VW85’s pictures are still absolutely excellent even with all the motion processing turned off.


As final reasons to celebrate what really has been a mighty fine showing by the VW85, it runs very quietly for such a potent projector, and suffers seemingly no technology-related noise (like DLP’s rainbow effect or LCD’s ‘screen door’ effect’).


As well as succeeding where its predecessor did not in justifying its price hike over Sony’s latest entry-level SXRD model, the VW85 sets a really high new standard for the £5,000 sector of the projector market. Will JVC’s new D-ILA models manage to be even better? Well, sadly I just don’t know right now. But man, it’s going to be fun finding out…