So far we’ve looked at the two extremes of Sony’s current SXRD projector range: the good but over-complicated and expensive high-end VPL-VW200, and the excellent value VPL-VW40. So we thought we’d better complete the ‘set’ by checking out the mid-range VPL-VW60 – especially as we have high hopes that it might combine the best features of the two extreme models to make one perfect step-up package.


In price terms, it’s nice to find the VW60 sitting considerably nearer the VW40 than the VW200; its £2,900 asking price really doesn’t look at all bad for a projector with what we’ll soon discover is a pretty fearsome spec sheet.


It’s nice to find, too, that the VW60 adopts the same rather cute design concept as its siblings, combining an unusual stretched diamond shape with a high gloss, ‘Dynamic Anthracite’ finish to winning effect.

Connectivity is all that you might reasonably expect on such an affordable projector too. And so we find highlights of two v1.3 HDMI inputs, a component video input, a D-Sub PC port, and an RS-232C port for integration into an AV system. It’s worth adding, too, that the HDMIs are ‘Bravia Theatre Sync’ enabled, for enhanced communication with and control of connected Bravia sources.


Arguably the VW60’s most significant feature – if only because it’s here that the projector diverges most significantly from the VW40 – is its claimed contrast ratio. At 35,000:1 it’s way higher than most projectors in its price range, and more than twice as extensive as that of the VW40. Fingers crossed that the VW60 is going to present us with some truly stunning black levels.


As with most non-DLP projectors, though, it’s important to point out that the 35,000:1 figure is not a ‘native’ figure, but one that’s dependent on the fact that the projector can reduce its lamp output during dark scenes to give an enhanced black level response at the expense of a little brightness. The VW60’s native contrast ratio is 7,000:1 – still respectable, certainly, but considerably lower than the 15,000:1 native contrast ratio figure of JVC’s actually slightly cheaper DLA-HD1 projector, with its D-ILA technology.


The VW60’s maximum brightness is a shade higher than that of the VW40, coming in at 1,000 ANSI Lumens, and as usual with SXRD technology (which is able to cram loads of pixels into a tiny space), the VW60’s resolution is a Full HD 1,920 x 1,080. The SXRD pixel density is worth dwelling on a touch more, actually, as by fitting 1,920 x 1,080 pixels into a chip just 0.61in across, the VW60 should be able to do away more or less completely with the so-called ‘chicken wire’ effect sometimes seen with panel-based projectors, whereby you can make out the projector’s pixel grid structure in the final picture.

The VW60 seems pretty well served in the picture processing department. There’s Sony’s Bravia Engine image-boosting system for starters, with its attempts to improve colours, black levels, noise reduction, motion handling and detailing. But the projector also carries Sony’s 24p True Cinema system for smoother playback of Blu-ray 1080p/24fps images, and Real Colour Processing, which lets you fine tune the individual red, green, blue, yellow, magenta and cyan elements of the picture to within an inch of their lives via a quite inspired graphical interface.


Other key adjustments you can make to the picture include various ‘Auto Iris’ settings (which adjust the ‘severity’ of the system that closes the iris when dark scenes are detected); the ability to turn the lamp manually between high and low settings, and finally a really sophisticated gamma adjustment arrangement, complete with supplied PC application software.

One last point well worth raising before finding out how the VW60 performs is that it’s extremely easy to set up for such a sophisticated bit of kit. There’s a healthy x1.8 level of optical zoom, vertical and horizontal image shifting, vertical keystone correction, and a well-judged series of picture presets to get you going right away if you don’t want to bother with all the fine-tuning touches we’ve mentioned. What’s more, all the lens adjustments can be carried out via the remote control, rather than forcing you to mess around with the usual ‘lens ring’ manual focus/zoom system.


The only issue I have with the VW60’s set up is that its HDMI sockets seem very ‘baggy’, so that I found it difficult to get either of my normal high-quality HDMI cables to sit properly in them. I’ve had exactly the same problem with Sony’s VW200 and VW40 models, suggesting that this is a general point Sony really needs to improve on. 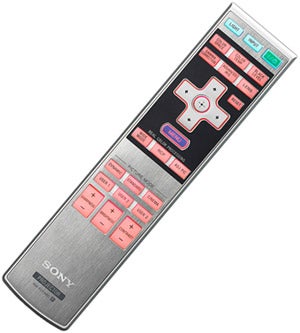 Given the VW60’s specification, its position in what’s already proven a very engaging projector range, and the fact that it won an ‘EISA’ award for best projector 2007-2008, I’m surprised to say that its picture quality doesn’t actually blow me away.


Two major shortcomings for this price point in the market are immediately apparent. The first concerns the projector’s colours, which for my money look slightly ‘faded’ and wan versus the best available elsewhere at this money. In the Blu-ray of, um, ”National Treasure 2” (look, I had to watch it for work, OK?!), the supposedly rich, vibrant shots of the interior of Buckingham Palace fall rather flat. And although by playing with the RCP system I was able to marginally improve the tone of colours, I never managed to find away around this basic washed out quality.


The second problem for the VW60 surprisingly concerns its black level response. Actually, saying it’s a ‘problem’ is perhaps a bit harsh, as the black levels achieved aren’t truly bad or anything. But the fact remains that no matter what lamp output or iris setting you use, dark scenes appear with more flattening, distracting greyness over them than you get with one or two rival models in the same price bracket.

On the plus side, the VW60 is a chip off the old SXRD block when it comes to sharpness and HD detailing. Whatever you might say about ”National Treasure 2” as a film, there’s no doubting the superb clarity and texturing of the Blu-ray’s picture quality – and the VW60 delivers the full impact of this quality to a degree you’d normally have to spend way more to see. For instance, in the close ups on Riley Poole as he’s signing books at the film’s start, for better or for worse I saw real blemishes in his complexion that just aren’t usually visible with most projectors costing around £3k – even on my 140in screen. 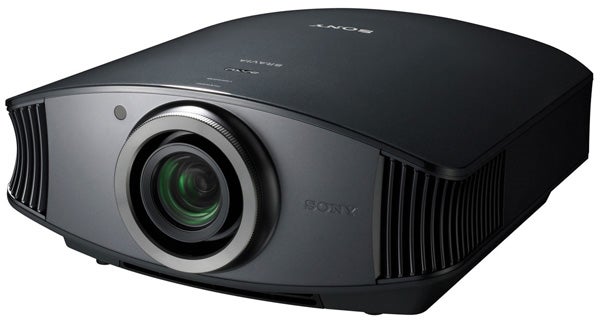 Naturally this extreme sharpness is partly down to the projector’s Full HD resolution. But the Bravia Engine processors surely also play a part, as does the fact that SXRD technology, by its very nature, doesn’t throw up technology-induced noise problems like DLP’s rainbow effect or dithering noise over motion (though to be fair, the latter of these problems is now only rarely found on DLP machines at this price level).


Elsewhere, motion from 1080p/24 sources is portrayed very smoothly, and there’s a nice amount of shadow detail to be seen in dark areas of the picture, despite the slight grey overtones.


The final plus point to mention is that the VW60 runs very quietly indeed – more quietly, in fact, than any other projector in its class, so far as I can recall.


Try as we might, we just didn’t find ourselves warming to the VPL-VW60 as much as we would have expected. It doesn’t score on picture quality as much as its VW40 and VW200 siblings and for my money it’s outgunned by two other, similarly priced front projectors that we’ve seen: The £2,999 InFocus IN82 and, especially, the truly awesome JVC DLA-HD1, which can also now be had for under £3,000 from one or two online retailers.