Having been deeply impressed recently by the first of Sony’s new Bravia LCD range, the KDL-32S2010, we’re seriously excited by the arrival of the 40in KDL-40V2000. After all, it’s both bigger and even more feature-packed than its already illustrious sibling. So surely it can’t possibly go wrong, can it?


It’s certainly not been anywhere near the ugly stick, that’s for sure. We’ve seen more overtly glamorous TVs, but there’s something impressively serious looking about the Sony’s matt black fascia and tough, uncompromising build quality that makes the glamour pusses look rather shallow in comparison.


Since Sony’s ‘V’ models are a step up from the entry-level ‘S’ model we looked at before, we’d hoped Sony might have upped the 40V2000’s HDMI count. But sadly there’s still only one. Darn. Just as well some sort of compensation can be found in the presence (among other things) of component video ports, a D-Sub PC input and a CAM slot for adding subscription digital terrestrial services to your channel collection. 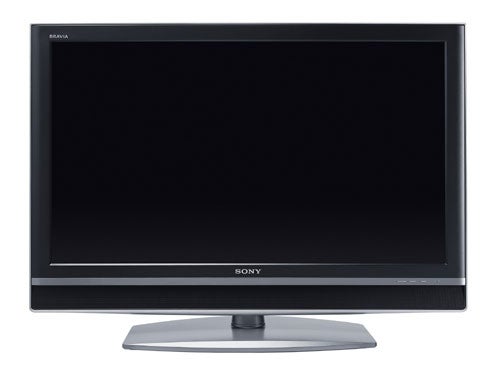 Of course, there wouldn’t be much need for such a CAM slot if the TV didn’t have a built-in digital tuner, so it’s no surprise to find the 40V2000 fully supporting the Freeview service.


A native pixel count of 1,366 x 768, meanwhile, joins with the 40V2000’s aforementioned HDMI and component video jacks to assure the set full HD Ready status – though we’re a tad disappointed to find the 40V2000’s step-up features not including compatibility with the up and coming 1080p format.


You’re probably wondering at this point exactly what step-up features the 40V2000 does have. Actually, there’s only one big difference between the 40V2000 and the 32S2010: Live Colour Creation. This is specifically designed to tackle LCD’s common problems with reproducing believable reds and greens by using a combination of a new Wide Colour Gamut Cold Cathode Fluorescent Lamp – WCG-CCFL for short! – and advanced image processing.

The WCG-CCFL backlight employs improved light-emitting phosphors originally developed for Sony’s Trinitron CRT TV range, which apparently actively extend the red and green colour spectrum that the backlight can deliver. This is then matched with newly optimised RGB filters within the LCD panel itself to deliver a claimed 27 per cent more of the visible colour spectrum than Sony’s previous LCD sets have managed.


The image processing part of Live Colour Creation is actually part of another key feature Sony has developed for its latest sets: Bravia Engine picture processing. Also found on the 32S2010, Bravia Engine builds on the company’s acclaimed WEGA Engine processing by using, for the first time, algorithms and techniques developed exclusively for LCD use. As well as the aforementioned colour-boosting systems, Bravia Engine introduces enhanced noise reduction processing via more refined filtering know-how, and adds in more picture detail. 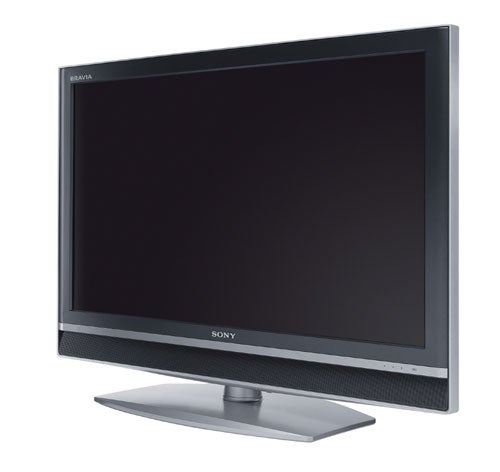 Another new technology the 40V2000 shares with the rest of Sony’s current Bravia range is something called Super Vertical Pattern Alignment. This effectively squeezes a series of angled sub-planes into each pixel so the backlight can be refracted over a wider area, resulting in a picture that should be watchable over a much wider viewing angle than usual without the normal loss of colour and contrast.


As well as all this prodigious ‘backroom’ stuff, the 40V2000 sports a feast of features you can play with yourself, including backlight adjustment, gamma correction, contrast and black level enhancement, standard and MPEG noise reduction routines, and white level optimisation.


So does the addition of Live Colour Creation to the 40V2000 really make its pictures even better than those of the 32S2010? Indeed it does. Not by a massive amount, perhaps, but given how good the 32S2010 was, any improvement clearly means we’re talking about a picture that’s genuinely special.


Since they’re the main benefactor of the step up in quality, let’s start with the 40V2000’s colours. The first thing you can’t help but notice is how outstandingly vibrant they are, as they burst off the screen with a richness and brightness rarely, if ever seen on an LCD of this sort of size.

What’s really important about the colour response, though, is that the enhanced vibrancy hasn’t come at the expense of a flair for the subtler things. In other words, the enhanced red and green palette actually helps colours across the whole spectrum look more natural, with skin tones in particular appearing considerably better. The 40V2000 is also a master at delivering the minute colour gradations that help make a picture look more solid and three-dimensional.


Elsewhere the 40V2000 matches the 32S2010 point for point. And so, for instance, we find some exceptionally deep black levels for such a king-sized screen, reducing the common LCD flattening effect caused by greyness over dark areas. There’s plenty of shadow detail in dark sections of the picture too, ensuring that they look like fully integrated parts of the picture rather than the ‘black holes’ still seen on some LCD TVs. 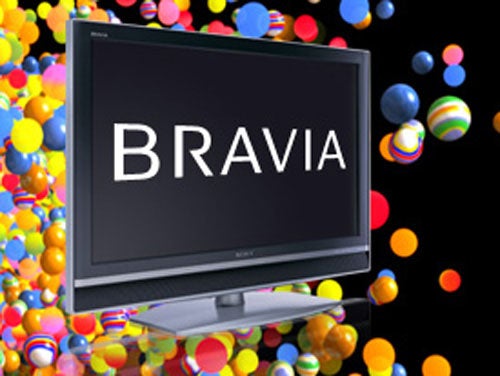 The full prowess of the Bravia Engine system is also clearly evident in the 40V2000’s sharpness, as it effortlessly portrays the very finest of HD details without any attendant processing or grain noise. What’s more, the Bravia Engine’s noise-free extra sharpness is also evident standard definition pictures, making the 40V2000 one of the finest picture all-rounders in town.


Another point for praise is the fact that thanks to the SPVA design the set really can be watched from an extreme angle without the picture degrading badly. Also, moving objects look reasonably sharp, rather than noticeably smeared as they have on previous Sony LCDs.


Although our feelings towards the 40V2000’s pictures are overwhelmingly positive, there are still one or two areas for the Sony boffins to work on. For instance, while the Live Colour Creation system certainly helps the TV deliver Sony’s best LCD colour performance yet, really intense reds still occasionally take on a slightly orange hue. Also, particularly harshly contrasting edges can appear with a slightly distracting ring around them that can make some highly detailed shots look a touch ‘bitty’.


But these really are very minor glitches in the grand scheme of the 40V2000’s picture excellence. And our complaints are made to appear all the more churlish by an outstandingly potent audio performance replete with soundstage width; heavy dollops of healthy, clean bass; immaculate treble clarity; and a tone with vocals that’s to die for.


Sony’s latest round of picture innovations achieve results on the 40PV2000 that are nothing short of spectacular. So much so, in fact, that in our opinion it’s currently the finest 40in TV on the market.