Exploring the
picture setup menus reveals a pretty huge list of tweaks. Highlights
include standard, noise and dot noise reduction routines, Sony’s Reality
Creation system with its sharpness boosting and noise filtering
elements; a multi-level Smooth Gradation system that reduces the
striping effect you can get with colour blends (even on Blu-rays);
multiple settings for Sony’s Motionflow motion compensation system; edge
and detail enhancers; RGB gain and bias tweaks via a White Balance menu
option; a handful of Gamma settings; a black correction circuit; and a
multi-level contrast booster.

The two most significant
adjustments, though, are Live Colour – which expands the colour gamut –
and the LED Dynamic Control system, which allows you to adjust the
potency of or switch off completely the local dimming system that played
such a huge role in the success of the HX853 series.

Firing the 55W905 up first with a combination of broadcasts from its own Freeview HD tuner and an HDMI-connected Sky HD receiver, the impact of the Triluminos system is immediately obvious. The Sky News logo, for instance, radiates with an intensity of red we just haven’t seen on a TV before. Similarly the rich blues of the Sky News studio look sensationally intense, as well as containing a few more subtle tonal differences than we’re accustomed to seeing. 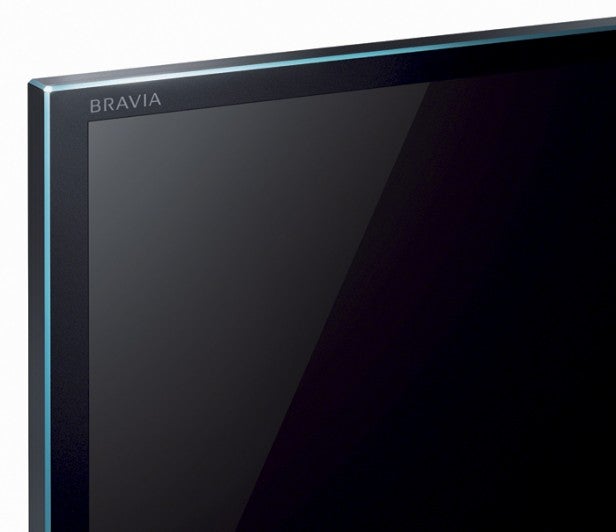 It’s the same deal with the green trees and parks on show during outdoor broadcasts; the blues and yellows of UK police car livery; the shirts of players and hues of the pitch and advertising hoardings during a Premiership football match… anything with any even slightly bold colours looks clearly more vibrant and more nuanced than it does on a ‘normal’ TV.

The ultimate test of Triluminos is to run the Sony Bravia KDL-55W905A side-by-side with other screens, using the same footage via an HDMI splitter. If you do, it’s instantly and abundantly clear if you do this that Sony’s set achieves a range and definition of colour that its rivals do not.

It’s just as well we were so chuffed with the impact of Triluminos since, as noted earlier, you can’t actually turn it off. Please take note, though, that you can make Triluminos look like a bad thing if you’re not very careful indeed with that Live Colour feature we mentioned earlier. Adding Live Colour – even on its low setting – to the already widened colour gamut introduced by Triluminos pushes things too far, so that colours can start to look unbalanced and over-wrought.

We’re not saying you should never apply Live Colour under any circumstances, it’s worth experimenting with and it adds extra punch to 3D viewing, but Live Colour should be avoided at all costs with Blu-rays. Not only does it make colours look forced, it also shifts the gamma point, reducing black levels and contrast.

While we’re on the subject of Blu-rays, we should quickly cover a slight complication coming our way soon that has a bearing on the Triluminos feature. Sony has announced that it’s launching a series of 15 (10 initially, five later) ‘Mastered in 4K’ Blu-ray titles that sacrifice extra features in order to deliver higher bit-rate transfers that include wider colour gamut information. And Triluminos TVs will be able to reproduce that extra colour depth and range. 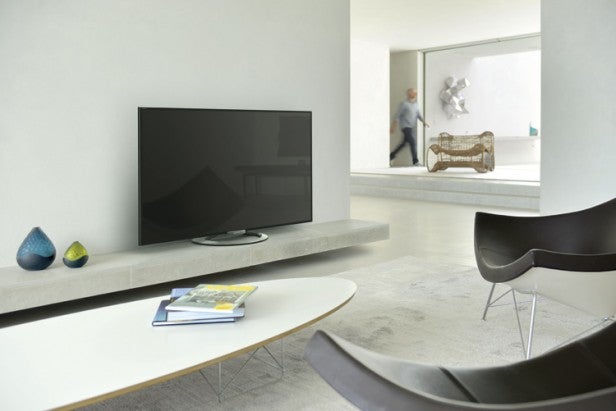 It’s unclear how many of these titles there will ultimately be given that they look from here like a sort of stop-gap solution until full 4K Blu-ray titles are available. We recommend you snap up every single one if you buy a W9.

As we wrap up our thoughts on Triluminos, it’s probably worth pointing out that Sony lets you to define totally different picture settings for each source, so you won’t always have to manually tweak the Live Colour setting every time you switch, for instance, between a Blu-ray and a broadcast.

Pretty much everything else about the Sony Bravia KDL-55W905A’s pictures is awesome. For starters, Sony has not only recaptured the stunning contrast glories of last year’s HX853 superstars, but marginally improved them.

The algorithms Sony uses to power the local dimming system that drives the edge LED lighting system continue to be heads and shoulders above those used by rival brands. They deliver the inkiest black levels edge LED has to offer without you having to put up with the regular brightness fluctuations and/or light blocking distractions rife with most other local dimming TVs.

Some very extreme moments of contrast can still catch the system out, but the Sony Bravia KDL-55W905A suffers fewer problems than any other system we’ve tested and delivers deeper blacks and brighter whites than any other edge-lit LED set.

Motion handling is equally good. Even with no motion processing, objects track across the screen surprisingly smoothly, noiselessly, and with a bare minimum of resolution loss. But Sony has done a more comprehensive and useful job than most brands with its optional Motionflow 800Hz motion processing system, offering a much wider selection of modes and adjustments than most brands bother with.

Furthermore, the power of the TV’s processing engine is sufficient that the motion processing can deliver its extra motion clarity and reduced judder while generating only the most fleeting and rare of unwanted processing side effects – especially if you stick with the relatively low-powered Clear Motionflow setting.

The clarity of the motion contributes to another of the
screen’s major successes: its sharpness. HD feeds look pretty much
pristine, packed with texture and detail, but also free of the tendency
to fizz that you have to calibrate your way round with Samsung’s latest
TVs.

Having mentioned Samsung, you may be wondering how the 55W905’s contrast performance compares with that of the  Samsung UE55F8500.
Basically what you’re talking about is a choice between a markedly
superior ‘single-frame’ contrast range on the Sony thanks to its local
dimming, but a greater sense of light uniformity and stability on the
non-local dimming Samsung. It comes down to personal preference as they’re both outstanding in their own ways.