When dealing with standard definition, for the most part the Sony Bravia KDL-55W905A upscales even pretty ropey-looking standard def material very well, adding plenty of detail and sharpness while also – thanks, no doubt, to the cleverness of the X-Reality Pro engine – keeping noise low.

We did feel that the Live Colour feature tended to make standard definition pictures look a bit noisier, but many users may find this a worthwhile compromise in return for Live Colour’s richer colours. 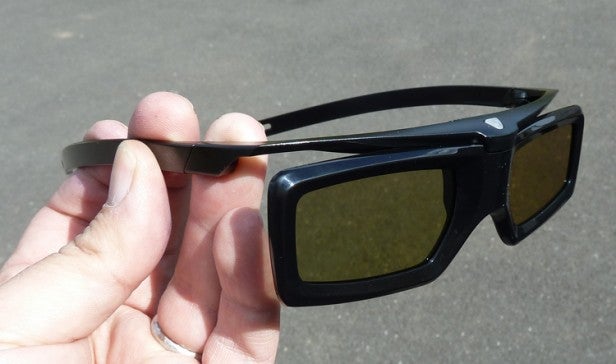 Next on our checklist is 3D – an area that’s caused Sony a little
embarrassment in the past. Sony has introduced passive 3D for the first
time elsewhere in its 2013 range, but the Sony Bravia KDL-55W905A sticks with the active
format – which makes it a very pleasant surprise to discover four pairs
of active shutter glasses included free with the TV.

These light glasses use our preferred (as it’s more stable) RF connection with the TV, and cover your field of vision well. Registering them to the screen for the first time is a bizarrely complicated procedure (it took two visits to the TV’s ‘i-Manual’ before we got it to work), but you only have to do it once.

Once registered you’re rewarded with a very enjoyable 3D experience. The Sony Bravia KDL-55W905A extreme contrast performance helps it deliver a strong sense of depth and space, and colours look phenomenally intense despite the effects of the active shutter glasses. This is especially true with Live Colour active – an area where the feature is genuinely useful.

Detail levels are extremely high with 3D Blu-rays too, with our only complaint being the appearance of a little low-level crosstalk over some starkly contrasting objects in the mid to distant background. To be clear about this, though, the crosstalk is far too subtle to become a really defining part of your 3D experience.

Overall, so long as you’re judicious in your use of Sony’s Triluminos tech and motion processing, the 55W905 delivers pictures that are groundbreaking good, building on the already spectacular foundations laid by the HX853 series last year.

There is, though, one fairly significant flaw we need to warn you about. For the 55W905’s viewing angle seems exceptionally limited, even by LCD’s usually uninspiring standards. Even if you watch from as little as 20-25 degrees off axis, the screen black levels start to take a hit, with greyness creeping gradually in from the side of the screen opposite to the one you’re sat on, so that you can have half of the image looking greyer than the other half.

This is definitely something you need to think about if your room layout routinely finds you or other members of your family watching from a significant angle.

If you’re a gamer, meanwhile, we’ve got some brilliant news for you. Using the game preset with as much picture processing turned off as we could find, the 55W905 delivered an input lag measurement of just 7ms – the lowest figure we’ve ever recorded from a domestic television.  The only catch is that if you game on a 55W905, you won’t be able to blame your TV for your rubbishness at Call of Duty…

Turning finally to the 55W905’s audio, we’ve got another potentially important new feature to discuss. Or two, actually. First, Sony has introduced a new long duct speaker system, whereby a 1.2m-long duct built into an isolated speaker box at the bottom of the set’s rear helps the set produce more bass than most skinny TVs. What’s more, the resulting sound is directed straight towards the viewer via an angled ‘wing’ hanging below the speaker outlet, rather than the sound just firing downwards as usually happens. 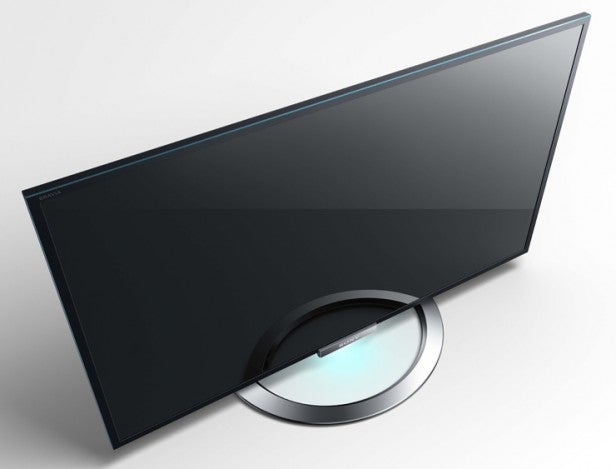 Second, there’s Sony’s Signal-to-Sound architecture, which uses processing derived from Sony’s specialist audio division to – and we quote – ‘restore, optimise, and refine audio signals for vibrant music and dialogue that adds an extra thrill to your viewing’.

What this all adds up to in is a superior audio performance. Not something you can put in the same class as the audio we’ve repeatedly heard coming from Sony’s upcoming new 4K screens, with their magnetic fluid speakers, but certainly there’s more dynamism, range, bass, clarity and distortion-free power than you hear from the vast majority of modern TVs.

We were also struck by how accurately the sound seemed to be placed on the screen, thanks presumably to the way the audio is reflected out forwards rather than firing downwards.

The Sony Bravia KDL-55W905A is another TV triumph for Sony. Its Triluminos system lets it build substantially on the already outstanding picture quality of last year’s brilliant HX853 series, while its audio performance and multimedia features are also both far more advanced than they were on 2012’s Sony TV models.

It has to be said that there’s certainly still room for improvement with Sony’s Smart TV interface, and the set’s extremely limited viewing angle could be an issue in some living rooms. Viewed from its optimal position, though, it represents another genuine step forward for LCD picture quality, making it a mighty fine consolation prize if you can’t quite afford one of Sony’s upcoming 4K TVs.

Update 02/05: Due to an editing error this TV was originally
given 9/10. It has since been changed to 10/10 to better relfect the
reviewer’s intentions.