Even by the standards of your average 52in TV, Sony’s KDL-52EX1 looks enormous. For as well as the acres of screen, the TV sports a dramatically white gloss bezel that stretches out well over two inches from each of the screen’s sides. What’s more, the impact of this chunky white bezel is exaggerated by the application of a further centimetre or so of eye-catchingly contrasting black outer frame.


Regular readers might recognise this distinctive black and white finish from the recent review of Sony’s KDL-32E5500. But for some reason, while I found the bold design very likeable on the 32in 32E5500, it left me feeling just a little cold when stretched to the enormous extremes witnessed with the 52EX1. It somehow crosses that thin line between attractively eye-catching and overly in your face. That said, there will doubtless be some people who love it to bits. 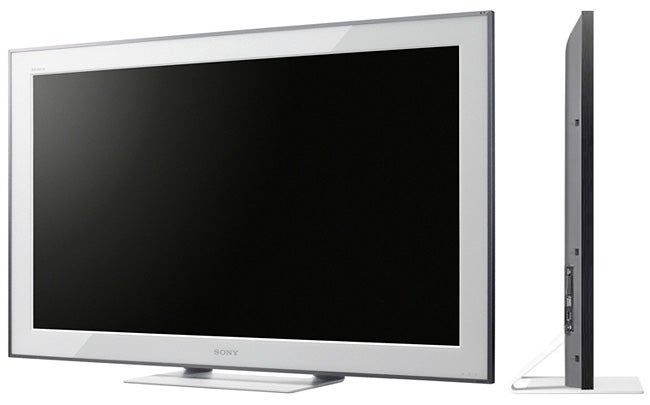 One thing the 52EX1’s extravagant looks certainly do succeed in, though, is giving you the impression of luxury. And this impression is quickly enhanced by both the set’s wallet-thumping £2,595 price, and the presence alongside the screen of an external wireless tuner/connections box, finished in a similarly opulent gloss white.


In case you missed it, I said back there that the external tuner box was wireless. For the 52EX1 is the first Sony TV we’ve seen since its all-singing, all-dancing KDL-40ZX1 to sport wireless HD video transfer between the media box and the screen – clearly a very handy trick indeed for anyone seeking to give the 52EX1 the wall-hung space its photo-frame design probably warrants.

Connections on the 52EX1’s media box include a respectable though unspectacular three HDMIs (with another one on the screen that can, crucially, take 1080p/24), a D-Sub PC port, a digital audio output, and a USB 2.0 port via which you can play a variety of multimedia sources.


Of these, I’d argue that simple JPEG stills are the most important files so far as the 52EX1 is concerned. For the set’s unusual design, low-power Picture Frame mode and PhotoTV HD engine clearly indicate that Sony wants you to use the TV as a still photo frame when you’re not actually watching a programme on it. The set even carries six built-in digital images you can use to turn the TV into a work of art if you can’t find any snaps of your own to do the job.

The 52EX1 scores respectable results with some of its other key specifications, such as the (increasingly inevitable) Full HD resolution of 1,920 x 1,080; support for x.v. colour; Sony’s MotionFlow 100Hz processing; carriage of Sony’s always likeable Live Colour Creation colour booster; and a more than solid contrast ratio claim of 50,000:1.


However, there is one unwelcome surprise to report, namely that the 52EX1’s core video processing is only Bravia Engine 2 (BE2), rather than the Bravia Engine 3 (BE3) system sported by most of Sony’s 2009 range. This could prove to be a significant shortcoming given that I’ve generally found Bravia Engine 3 TVs to offer marked improvements over Sony’s BE2 models, especially in the colour and contrast departments.


Settling down to watch the 52EX1 proves my BE2 fears to have some foundation. But that’s certainly not to say that it’s a bad performer overall. 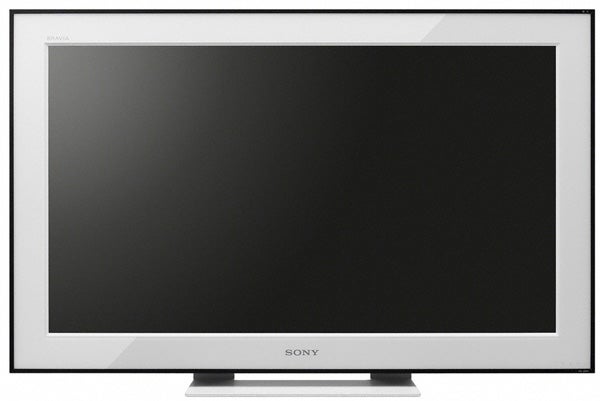 Where the 52EX1 falls slightly short of the best of Sony’s current models is with its black levels and colours. Regarding black levels, dark scenes in games and films just don’t look quite as dynamic as they do with, say, Sony’s W5500 models – partly because there’s a fraction more grey over areas that should be black, and partly because it seems as if the image is having to reduce its brightness further than the BE3 models in order to get black levels looking their best.


As for colours, while there’s impressive subtlety when it comes to presenting blends and tonal shifts, there’s not quite as much outright vibrancy as you get with the best BE3 models. I should add, though, that using the set’s Wide colour space setting rather than its standard one does improve colour vibrancy without having the sort of disastrous effect on colour tones we often see with similar modes on other TVs.


A less anticipated shortcoming of the 52EX1 versus the best of the BE3 crowd is the way it doesn’t present HD or standard definition footage with quite as much sharpness.


At this point, though, it’s important that I stress that while the 52EX1’s performance isn’t quite up there with Sony’s own W5500 or even V5500 models, it’s still very impressive versus many other rivals, with black levels, colours and even sharpness all actually holding up well against most of the LCD competition.

The set’s motion handling is respectable too, suffering enjoyably little with either LCD motion blur or judder – provided you’ve got the MotionFlow system activated.


There is a small price to pay for the benefits of MotionFlow in the shape of a shimmering halo effect around certain fast-moving objects, and even a little ‘vanishing’ or ‘ghost’ ball syndrome when watching something like tennis or cricket. But provided you avoid the ‘High’ MotionFlow setting option, these problems don’t crop up all that often, and so aren’t as distracting as they sound on paper.


In fact, perhaps the single greatest tribute I can pay to the 52EX1’s pictures is that they really are strikingly natural to behold for the vast majority of the time, making them easy to connect with no matter how mundane a programme you might be watching. 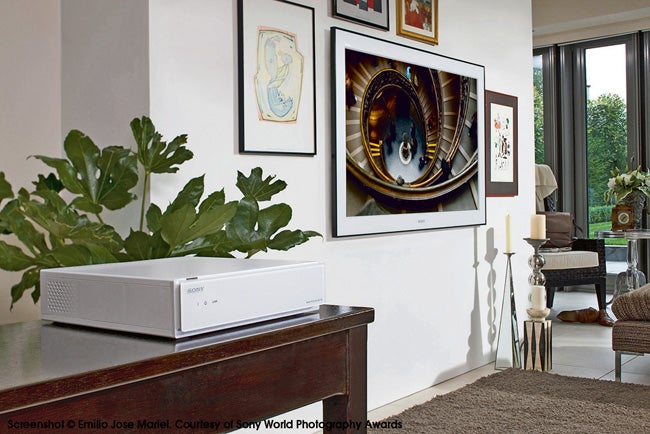 It’s worth adding here that the general quality of the images obviously pays impressive testament to the stability and abilities of the 52EX1’s wireless AV transfer engine. Here’s hoping Sony can get 1080p running with its next wireless generation.


Sonically the 52EX1 is a disappointment. I’d hoped that the set’s hulking chassis would be able to tuck away some really substantial speakers and power handling, but actually the soundstage sounds treble-heavy to the point of sibilance; low on dynamic range; and strangely swallowed, as if the sound is coming from somewhere behind the TV rather than being fired directly at you.


Basically, although I haven’t had the chance to hear it in action, I suspect you’d be well advised to get your hands on the optional subwoofer-sporting SS-TBL700 speaker system Sony does for the TV as soon as funds allow!


The 52EX1’s pictures are among the finest we’ve seen from a 50in-plus LCD TV, the set has plenty of features to slightly help towards justifying its cost, and some people – though not me, to be honest – might well find its flash-Harry design irresistible.


In other words, as with the E5500 model I reviewed, the 52EX1 just doesn’t do enough to justify its price to anyone but the most dedicated tech poseur or cable hater.