There are signs of Sony’s image processing prowess elsewhere, too.
Colours are really well-balanced and reasonably punchy (albeit not as
vibrant as those of the Triluminos-using W9 series). Noise is
impressively dealt with too, with even low-quality standard definition
sources ending up looking reasonably sharp and clean without MPEG
blocking or mosquito noise being in evidence. It’s great to see, too, no
evidence of moiré noise over very fine details or glowing noise over
the edges of moving objects.

It’s worth adding that the set’s black level deficiencies are much less obvious during bright room viewing than they are with the curtains drawn, and that HD pictures look engagingly punchy, pure and detailed (like some sort of ‘super HD’ at times) when showing bright scenes. 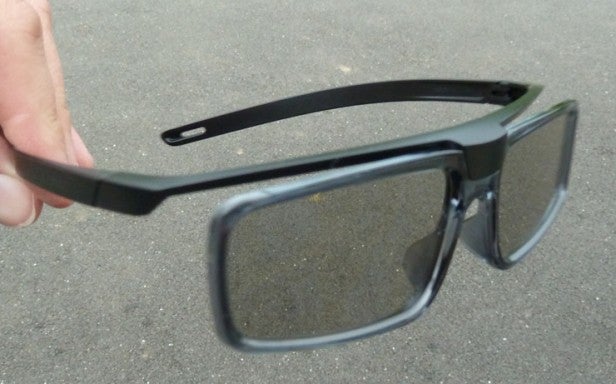 The Sony KDL-47W805A is good fun in 3D mode, too. Its passive 3D images are – as
we’ve come to expect of the passive format – extremely relaxing to
watch, with a natural sense of depth and no feeling of eyestrain.
Crosstalk ghosting is pretty much non-existent too, so long as you can
keep your vertical viewing angle to below 13 degrees (any more than that
and crosstalk suddenly becomes a huge problem).

The 3D picture looks bright and exceptionally colourful as well, thanks to there being no need for any shuttering mechanisms with passive 3D glasses. And you can watch the 3D pictures even in a bright room without having to worry about the flickering problem commonly experienced in such conditions with active 3D TVs.

We were also impressed by how well the Sony KDL-47W805A handles motion in 3D mode, as it almost totally avoids the judder problems sometimes seen with 3D pictures without having to rely on messy motion processing.

On the downside, it’s undeniable that the Sony KDL-47W805A’s 3D pictures are softer – or at least, less detailed – than those witnessed recently on the active 3D Sony KDL-55W905A. It’s also occasionally possible – most notably around sharply contrasting edges or small, bright objects – to make out traces of horizontal line structure caused by the physical polarising filter that lies across the screen of passive 3D TVs. But this is seldom distracting if you’re watching from a sensible sort of viewing distance.

We also spotted a continuation of the rather milky look to dark scenes already discussed at length with regard to 2D images. But this problem isn’t quite as troubling in 3D mode, where actually it’s brightness, colour, and a relaxing rendering of space that we tend to value more than black level.

Concentrating on the Sony KDL-47W805A’s audio next, the step down from the
excellent performance of the W9 TV with its long duct design is very
noticeable. Bass levels are much reduced, and there’s less breathing
room when the TV is required to shift up a few gears to accommodate an
action scene. This can lead loud scenes sounding a bit boxed in and
muffled.

Considered against more ‘normal’ speaker systems, though, the Sony KDL-47W805A’s Bass Reflex Box speaker system is a decent effort, delivering quite a bit of volume without distorting or becoming painfully harsh; handling voices cleanly; and producing a wide soundstage without the mix sounding dislocated or forced.

One last performance element to test is input lag – a key factor for serious gamers. The Sony 55W905A delivered one of the lowest input lag figures we’ve seen on a TV, but we weren’t expecting similar heroics from the 47W805A due to its use of an LG passive 3D panel – panels we’ve often found to introduce quite lengthy delays between sources arriving at an input and them appearing on the screen.

However, our concerns prove wholly unfounded, as remarkably the Sony KDL-47W805A produces even less image lag than the W9: a negligible 6ms so long as you choose the Game picture ‘scene’ in the Options menu and additionally turn off every other bit of picture processing you can find. 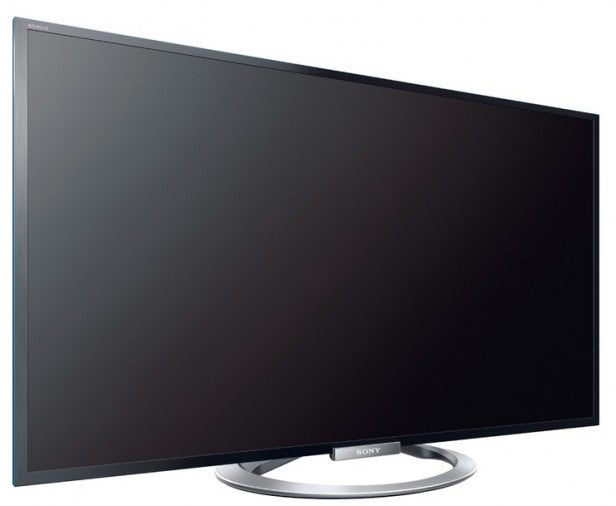 There are times when the Sony KDL-47W805A’s pictures look great, its Smart TV and operating system are both good, and its low input lag is a big attraction for gamers. It’s reasonably aggressively priced, as well.

However, its problems with dark scenes make it impossible for us to give it a whole-hearted recommendation. Our hope had been that the Sony KDL-47W805A would essentially give us one of last year’s HX8 TVs at a more aggressive price, but instead we’ve ended up with something which – if you’re a movie fan, at least – falls way short of the heroics of both this year’s W9 and last year’s HX8s.