We at TrustedReviews are, of necessity, a rather cynical bunch. And so as we set about reviewing a new piece of electronics, we’re generally pretty unmoved by any hype that might surround it, no matter how cutting edge it’s meant to be. But today, as Sony’s KDL-46X2000 sits quietly on our test benches, we really are experiencing a little tingle of anticipation. In fact, scratch that: we’re itching all over to find out what it’s capable of.


Why the excitement? Three main reasons. First, it’s the biggest set to date from Sony’s so-far exceptional new Bravia range. Second, it’s the first set to emerge from Sony’s new flagship Bravia ‘X’ Series and so comes packing a notably fuller feature set. Finally and most significantly, it’s the first TV from Sony to sport a ‘full HD’ resolution of 1,920 x 1,080 pixels. Hopefully you’re now as excited as we are…

Few mainstream brands do classy looks better than Sony, and the 46X2000 is no exception, looking just peachy in its pitted inner and transparent outer frames. It feels sensationally robust, too.


The early feel-good factor continues as we peruse the set’s connections and spot two HDMI inputs. This doubles the HDMI quotient of Sony’s current S and V Bravia series, and even better, it turns out the HDMIs are both capable of taking in the new ultra high quality 1080p HD format set to become such a hot potato with the launch of Blu-ray and HD DVD.


Not that the 46X2000’s HD exploits stop there either, for very unusually the set sports two HD-capable component video jacks. Four HD connections in total? Truly Sony, you’re spoiling us. Not that we’re complaining… 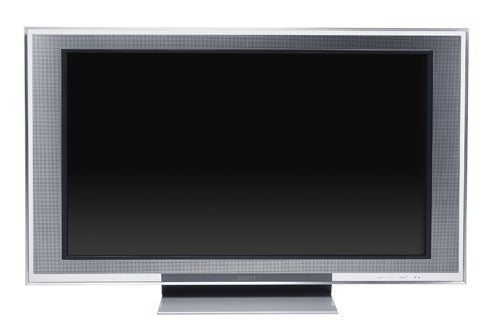 
In terms of other specifications, the highlight is that 1,920 x 1,080 native pixel count we mentioned earlier. But this is notably backed up by an ‘EX’ version of Sony’s Bravia Engine image processing system, which has been specially designed to cope with the different demands generated by the full HD resolution.


Key elements of the Bravia Engine EX CV include multiplying the resolution in standard definition pictures by a factor of four to adapt them to the 1,920 x 1,080 panel, producing a more expansive contrast range, eliminating video noise and processing colours to make them more vivid yet also more natural.


The 46X2000 also sports two other key new technologies found on Sony’s lower V series, namely Super Vertical Pattern Alignment for expanding the angle from which you can view the picture without it losing significant contrast or colour; and the Wide Colour Gamut backlight system with its new and improved phosphors for serving up a wider portion of the ‘real world’ colour spectrum.


The set’s contrast ratio, meanwhile, is quoted at a very respectable (for an LCD TV of this size) 1300:1, while other interesting features amid the impressively well populated and attractively presented onscreen menus include: Digital Reality Creation processing for almost infinite fine-tuning of the balance between noise reduction and sharpness; MPEG blocking reduction for smoothing out messy digital broadcasts; backlight output adjustment; and horizontal and vertical image shifting.


Enough of the small talk. Let’s finally find out if the 46X2000’s full HD set-up helps it deliver even better pictures than Sony’s other Bravia offerings.

Starting, inevitably, with HD, in the form of 1080p from a Marantz upscaling DVD deck, and 1080i from an Xbox 360 and Sky HD receiver, the 46X2000 quickly convinces us that it’s got arguably the finest picture quality yet seen from an LCD TV.


For starters, all the familiar Sony Bravia strengths are there. And so we find colours looking almost preternaturally vivid, delivering sensational impact with colour-rich Xbox 360 games like Ninety-Nine Nights, but also being subtle enough in their blends and realistic enough in their tones to look as completely credible with dark film scenes as they are solid and vibrant with bright ones.


In fact, we’d argue that its extra resolution actually improves the 46X2000’s colour performance over other Bravias, since the extra pixel density makes colour blends even more subtle.


Highly detailed, motion packed scenes, meanwhile, reveal that the demands on the Bravia Engine EX processing of the TV’s extra resolution don’t seem to have caused any adverse processing side effects. 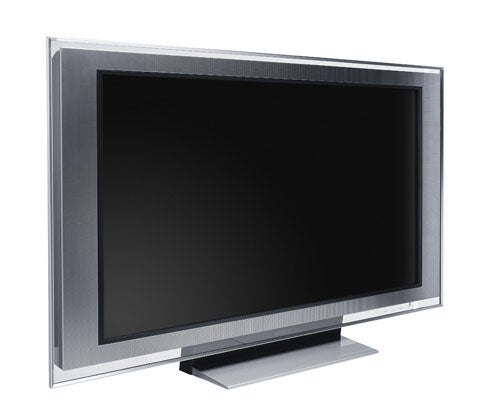 While this all proves that nothing about the step up to a 1,920 x 1,080 panel has damaged the 46X2000’s pictures though, aside from the subtler colour blends we haven’t really covered areas where the extra resolution visibly improves things. But believe us, these areas are certainly there.


Take for instance the amount of detail in the picture. With the 46X2000 there simply seems more of it, as the full HD resolution shows every pixel of our 1080-line sources on a direct one to one basis. The picture thus looks sharper, and more textured.

There’s noticeably more clarity in the picture too, which we presume must be down to some extent to the absence of any mess-inducing downscaling processing while showing 1,920 x 1,080 pictures. That final full HD benefit of smoother edges to rounded contours is also evident, leaving a picture about as near to perfect as we’ve seen.


With so many picture glories on offer, we almost forgot to give the 46X2000’s audio a work out. But we’re glad we didn’t, for it blew us away with its combination of sensational volume levels, complete clarity and bags of frequency range.


The 46X2000’s prohibitive cost and occasional problems with standard definition pictures arguably don’t make it the sort of ‘all rounder’ that might suit casual TV viewers. But if you take TV and home cinema seriously and intend to embrace every facet of the current high definition revolution, it’s hard to think of a TV better equipped to make your HD dreams come true.