If there’s one thing about TVs that Sony knows how to get absolutely right, it’s advertising. Who could forget those sensational ads for Sony’s Bravia LCD TVs featuring coloured balls rolling down a San Franciscan street, or vibrantly coloured paint being ‘exploded’ all over a grim block of flats?


Pity, then, that the TVs wearing the Bravia name haven’t quite lived up to the hype as consistently as we’d have liked. For while one or two individual models over the past couple of years have kept us just about satisfied, the Bravia range as a whole certainly has not.


Hopefully the 46W3000 will be the TV to put that straight – at least if design and on-paper specification is anything to go by. 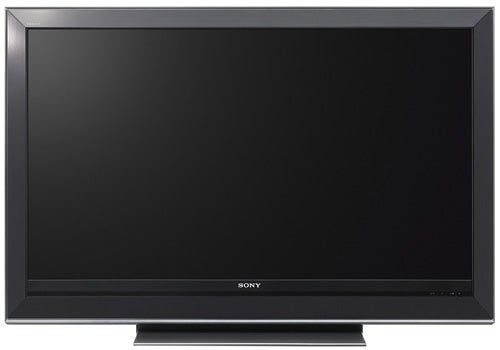 The design is very unusual in today’s marketplace in that it eschews the gloss black approach favoured by the vast majority of flat TVs in favour of a deeply ‘serious’-looking brushed metal finish. As well as deserving Kudos simply for being brave enough to ditch black, the quality of the 46W3000’s finish is very impressive indeed.


As for its specification, its 46in screen sports a full HD resolution, delivering a promised contrast ratio of 16,000:1. This is an extremely high figure by LCD standards, getting mighty close to the sort of figures being quoted by Pioneer’s ground-breaking KURO plasma TVs.


Before you work yourself into too much of a lather about the 46W3000’s contrast ratio, though, as ever with an LCD TV we need to qualify the claimed contrast ratio by saying that 16,000:1 is not a ‘native’ figure, but rather one that’s only achieved via a dynamic backlight arrangement that dims the image’s brightness during dark scenes to produce more credible black colours. In other words, unlike with Pioneer’s plasmas, you can’t get the maximum contrast and brightness levels on screen simultaneously. For the record, the 46W3000’s native contrast ratio is a rather more modest (though still certainly not bad) 1,800:1. 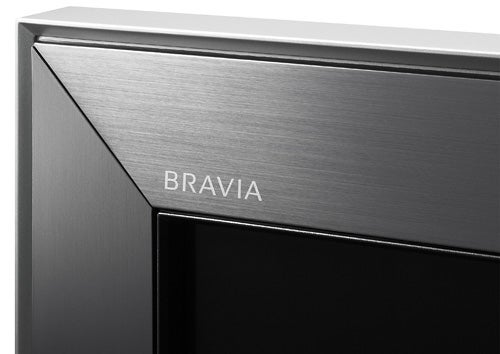 Since the ‘W’ part of the 46W3000’s name marks it out as belonging to the upper echelons of Sony’s current LCD range, it comes as no surprise to find the set boasting one of the highest-level versions of Sony’s Bravia Engine image processing system. Called Bravia Engine EX, this version further fine-tunes the processing in the standard Bravia Engine found on TVs lower down the Sony range, with a focus on noise reduction, contrast boosting, colour processing and fine detail enhancement.


The Bravia Engine EX has impressed us overall in previous incarnations, so hopefully it will still look good in today’s highly competitive world. Especially considering that Sony has presumably tweaked it a touch since its last-gen outing.

As well as seemingly having processing worthy of a TV that sits near the top of a brand’s range, the 46W3000 also has the connectivity. For instance, HD fans will lap up the three v1.3 HDMIs (two on the rear, one down the side) and two component video inputs on offer. But there’s also a handy dedicated PC D-Sub input and a digital audio output, plus the HDMIs are equipped to handle the much-vaunted but still as yet unseen Deep Colour format.


While we’re on the subject of colour, it’s worth adding that the 46W3000 also features an option to choose a colour space more suited to digital photos; carries Sony’s Live Colour system combining Wide Colour Gamut backlights with chroma signal processing to boost the set’s dynamic range; and allows you to adjust the colour matrix and RGB dynamic range manually. 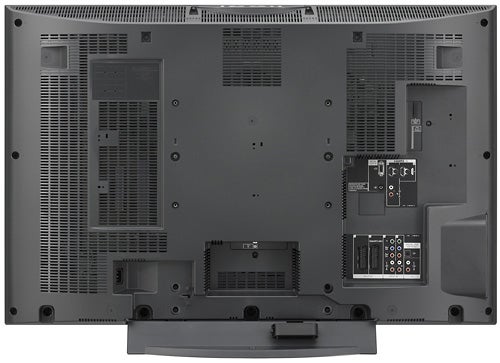 
While the 46W3000’s features list might be long, however, it does still have something missing: the MotionFlow 100Hz system found on Sony’s flagship X Series models. This feature doubles the image’s refresh rate in a bid to fight LCD’s normal motion blur problems. And its absence here turns out to be a bit of a disaster.


For during a play through of ”The Italian Job” recorded in remarkably pristine HD from Sky’s HD movie service, the amount of smearing and resolution loss with moving objects really is depressingly severe. Check out almost any part of the justly famed Mini Cooper escape sequence, for instance, and you’ll find the trio of Minis regularly leaving an unwanted ‘trail’ behind them as they cross the screen. Even the wrinkles and pores clearly evident on the actors’ faces when they’re stationary tend to disappear as soon as those faces move a little. 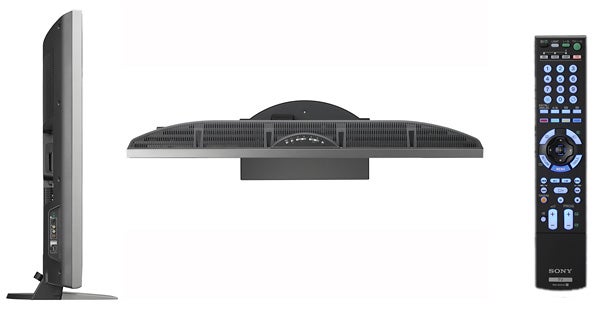 I really must stress that I’m not just being pedantic here, either. The Sony’s motion problems aren’t just slightly irritating; they’re downright distracting. To an extent that we’d only really expect to find on a budget LCD TV these days, not a relatively premium one like the 46W3000. Hmm.


Making the motion issues even more annoying is the fact that they do their level best to distract from some real picture strengths in the 46W3000. For instance, colours are superbly rendered. The patriotically coloured Mini Coopers positively blast off the screen, yet the screen also ensures that you can make out superbly subtle blends and tonal differences in their bodywork. What’s more, the skin tones of all the protagonists are as natural as the 1969 film stock allows.

Strong colours like those exhibited by the 46W3000 usually have some credible black levels for company, and so it proves here. As Charlie sits in a darkened room watching a film of his Italian colleague explaining how the heist can be done, there’s only a relatively minor trace of the grey clouding over black areas that’s so apparent with many rival LCD TVs.


Also pleasing is how little noise there is in the HD image, as the 46W3000’s noise reduction circuits smooth away seemingly all traces of such general problems as grain and dot crawl.


However, in reducing noise levels – and suffering with motion blur – it seems to my eyes as if the 46W3000 leaves both standard and high definition pictures looking slightly less crisp than we’d like. This has the secondary effect of making skin, especially in standard def mode, look a bit plasticky. 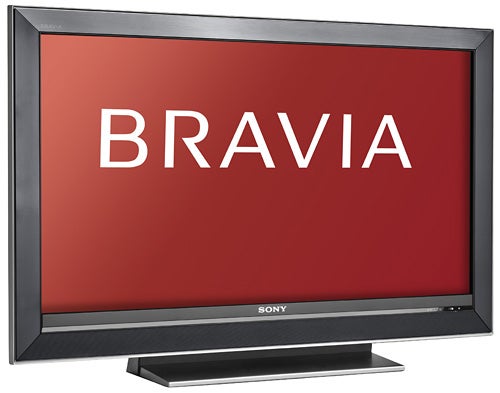 Now we’re back in a negative frame of mind, I have to wrap up the picture performance section by pointing out that while black levels are decent enough for most of the time, they are occasionally – seemingly without warning – affected by a really strange, very distracting purple haze of indeterminate origin. Nasty.


The 46W3000’s audio is thankfully more consistent than its video. The mid range tones have plenty of breathing room to work with, allowing the soundstage to expand nicely to meet the demands of, say, any of the big action set-pieces in the Blu-ray of ”Mission: Impossible III” (”The Italian Job’s” 1969 vintage means we’ve decided not to use it as our audio test source…). Plus treble detailing is extreme, if occasionally prone to minor distortion, leaving a slightly thin bass line as my only serious complaint.


For all its good bits, Sony’s 46W3000 has to go down as a severe disappointment. Its poor motion handling leaves many action sequences looking nothing short of a mess, while the sporadic appearance of a purple tinge to dark scenes is horrendously distracting whenever it occurs. Funnily enough, we don’t remember these issues being represented in any of those ground-breaking TV advertisements we mentioned…