Sony might still be considered one of the world’s most trusted brands, but that doesn’t alter the fact that the previous Sony TV we tested, the KDL-46W3000, was a bit of a pup. So here’s hoping the new KDL-40W4000 – from the range which directly replaces the W3000 – brings some serious improvements to the table.


Aesthetically, at least, it’s definitely better. The black – sorry, ‘Midnight Sky’ – bezel is pleasingly compact and combines exceptional solidity with a polished finished to deeply attractive effect. The tastefully illuminated Sony logo doesn’t do any harm on the prettiness front, either.


But, where the set really stands out, is in the see-through panel that sits between the screen bezel and a burnished metal strip running the full length of the 40W4000’s bottom edge. It’s difficult to put my finger on exactly why this quite quirky design flourish helps make the set look more attractive, but it certainly does. 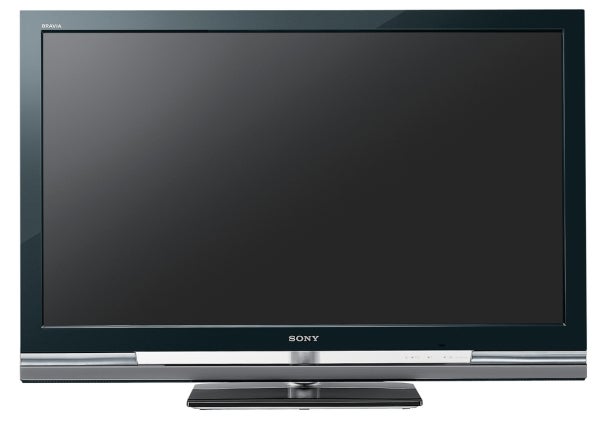 Reluctantly dragging our eyes away from the 40W4000’s cute front-end to its rear, I found myself just a tad disappointed to find ‘only’ three HDMIs. Obviously this will probably be enough to satisfy most users, but it’s hard to forget that Samsung’s latest A656 models carry four.


At least all three HDMIs are built to the latest v1.3 specification, with Deep Color compatibility and CEC capabilities so that you can operate CEC-compatible sources via the 40W4000’s remote control.


Other jacks of interest include a D-SUB (VGA) PC port, a digital audio output, and a USB input. This USB takes on particular significance with the 40W4000 because of its new Picture Frame Mode. This effectively turns your TV into a digital picture frame, where you can leave the set running permanently or for a time period of your choosing with one of your own digital photos on display, or one of six images pre-installed on the TV. These pre-installed images include a Van Gogh painting, a pretty photo of what looks like a Highlands landscape, and a couple of modern art efforts.


Of course, if you think about it, there’s no reason why you couldn’t also show pictures in this way on other TVs with USB inputs or SD card slots. But to be fair to the 40W4000, it does also feature a PhotoTV HD mode especially designed to optimize digital photos and show them in full HD quality. Plus, rather crucially in these ‘green’ times, the Picture Frame mode has been designed to use 35% less power than the TV uses during normal viewing.

It’s the 40W4000’s next feature that’s really going to be crucial, though: its Bravia Engine 2 image processing. This is the latest version of Sony’s proprietary image processing engine, aimed at improving colours, contrast, motion handling, and detail, and so it’s to this that we’ll be looking for some sort of fixes for the picture problems – chiefly involving motion – that so plagued the W3000 range.


Sony also claims to have improved its dynamic contrast system for the W4000 models, so that the 40W4000 delivers a claimed – curiously precise! – contrast ratio of 33,000:1. One of the highest we’ve ever seen. 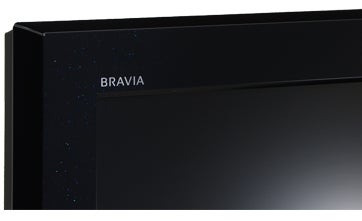 Other important features include a 24p True Cinema mode designed to deliver Blu-ray 1080/24 sources with greater smoothness; Virtual Dolby Surround processing to create a wider soundstage from the TV’s onboard speakers; MPEG and standard noise reduction routines; Sony’s Live Colour processing for delivering an expanded and more natural colour palette; plus an auto setup feature that guides you through a few key settings when you first turn the TV on.


With bated breath I settled down to find out if Bravia Engine 2 really does make a difference. And thankfully it does. In fact, it makes so much of a difference that I’m beginning to suspect there may have been other things wrong with the W3000 series besides its image processing; maybe poor quality source panels with low response times? 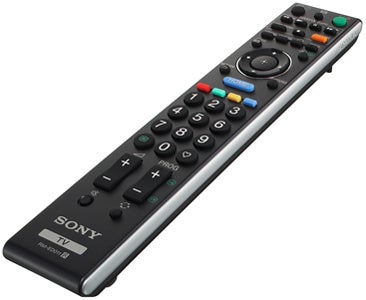 Anyway, let’s concentrate first on the 40W4000’s handling of motion, given that this was such a problem on the set’s predecessor. Remarkably the smeary, laggy mess of the 46W3000 is more or less completely gone with the 40W4000 – even though the set doesn’t carry any 100Hz processing.


During Sky’s HD showing of Braveheart, therefore, the pitched, frenetic battles between Wallace’s Scots and the English look sharp, detailed and clear rather than blurred and out of focus. Even better, as Wallace prowls left and right on his horse while delivering the justly famed ‘they’ll never take our freedom’ speech, Wallace blurs scarcely at all as he crosses the screen, even when the camera tracks to keep up with him.


In fact, from the disaster of the W3000 we’ve gone to a position where the 40W4000 is one of the most accomplished motion-handlers we’ve seen in the LCD world, even without 100Hz. This leaves us free to appreciate the other things the 40W4000 has going for it – of which there are many.

Fine detail levels with HD footage, for instance, are absolutely superb. In fact, I don’t think I’ve ever seen the distance shots of the massed troops across the battlefields in Braveheart look sharper, clearer or cleaner. Or turning to more intimate footage, as Wallace hunts a deer just before he has his life saved by the mad Irishman, you can see every last hair of the deer’s fur – something I’ve never noticed before. Truly stunning.

Equally remarkable are the 40W4000’s black levels. Dark Braveheart scenes like the one where Wallace is visited in the forest by the French princess achieve depths of blackness that have previously only been achievable by plasma technology. What’s more, the black levels we’re talking about look completely stable, with no trace of the sort of brightness ‘stepping’ that can trouble many LCD TVs with dynamic contrast systems.


So what’s next? Let’s go for colours. Once again the 40W4000’s handling of Braveheart’s unusually varied palette – which takes in everything from rich greens for the Scottish landscape through bright fabrics in the clothes of the English nobles to lots of naturally and low-lit skin tones – is as good as anything we’ve ever seen on an LCD TV. It hardly puts a foot wrong at any point, shifting effortlessly from the vibrant hues of the shot where a bloodied, blue-painted Wallace stands against a rich blue sky to the dull browns and greys of a meeting of Scottish nobles in a dingy castle room. 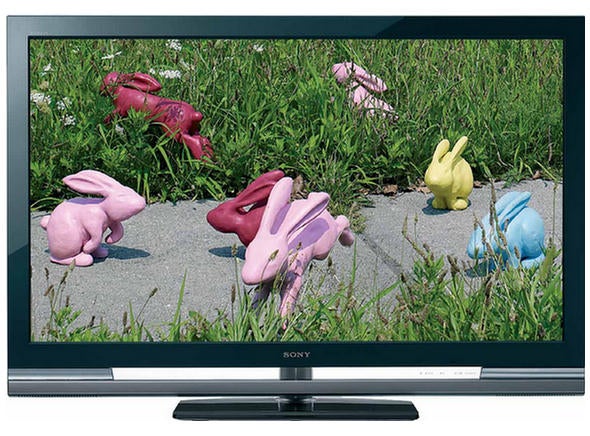 What’s more, the screen’s 1920×1080 resolution is put to full use in conjunction with the Bravia Engine 2 processing and 10-bit video engine in making colours appear with infinitely subtle blends; there’s no trace of colour banding anywhere, even over faces.


Maybe there’s some sort of video noise going on to let the side down? Nope, not at all. HD images look absolutely pristine, with no sign of the grain or dot crawl that can afflict HD footage on many rival screens.


It’s important to stress following our problems with the 46W3000 that the 40W4000 is also unusually accomplished with standard definition, upscaling it to the screen’s full HD resolution with a noiseless assurance that’s now up there with the best of the similarly priced LCD competition.


If I had to find fault with the 40W4000’s pictures, I might point to the way some mid-dark shots look just a little ‘crushed’ in black level terms versus the vast majority of footage. Also there’s some very minor low-level shimmering noise over the occasional patch of particularly fine detail, and I guess it’s possible motion could look even sharper on Sony’s upcoming new 100Hz ranges.


But, with the set pumping out a very respectable audio performance to accompany its mostly glorious pictures, I’m far more inclined to count my blessings for £1,000 than dwell on a couple of puny little negatives.


After misfiring so badly with its previous LCD set, Sony has returned to form in quite spectacular fashion with the 40W4000. In fact, this TV isn’t just good, it’s shockingly good.