Is it just us, or is Sony’s TV model numbering system this year unbelievably confusing? We’ve actually had the brand’s 40in KDL-40NX803 sat in our stock room for two or three weeks now, but haven’t looked at it before because we thought we’d already tested it! 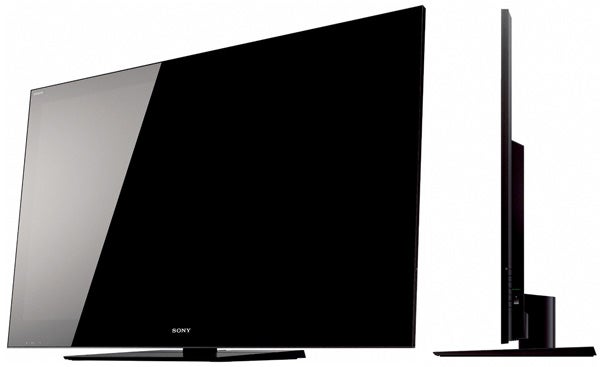 So where exactly does the 40NX803 sit in Sony’s range, then? Well, the N part of its name shows that it sits within the Network section – which is roughly in the middle of Sony’s range as a whole. So there’s no 3D playback. But there is a startlingly full suite of multimedia options (which we’ll come back to in a moment), as well as Sony’s appealing monolithic design.


This finds the set sporting a single-layer, ultra-glossy fascia, with a glinting black bezel and luminous Sony logo. It can also be used in Sony’s seriously stylish but sadly optional extra silver bar-style stand, complete with integrated speakers and the ability to tilt the TV back by six degrees if it suits your viewing circumstances. 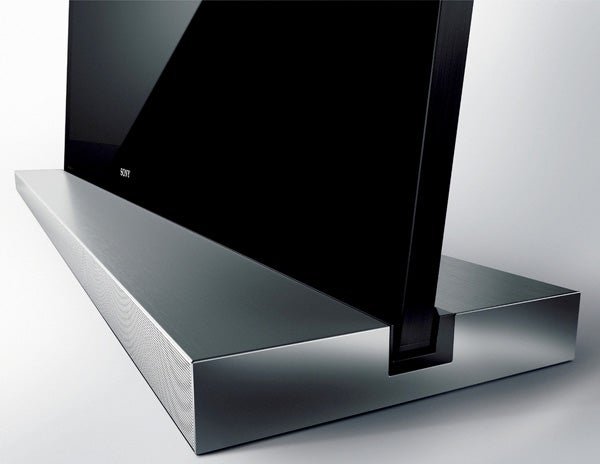 Another key spec of the 40NX803 is that it uses edge LED lighting rather than a CCFL lamp. This allows the screen to be impressively slim at its edges, boosting the Monolithic appearance – though there’s a section along the bottom of the rear side that sticks out considerably further than edge LED sets we’ve seen recently from Samsung and LG.


The cheaper 40NX703 model also offers all the features we’ve just discussed, though. The key area where the 40NX803 sets itself apart from its cheaper NX703 sibling is with its motion processing. For the 40NX803 carries 200Hz while the 40NX703 only musters 100Hz.


This might not sound like much of a justification for the 40NX803’s higher price, but we have no hesitation in saying that if a 200Hz engine works well, it can deliver comfortably enough extra picture quality to make the higher spend worthwhile if you can afford it.


There is actually one further, less obvious difference between the 40NX803 and the cheaper 40NX703 – and it’s not necessarily in the more expensive model’s favour. For the rated power consumption for the 40NX703 in a home environment is 81W versus 104W for the 40NX803. This slightly higher energy consumption on the more expensive model is presumably caused by the 200Hz engine.

Right, back to those multimedia features we mentioned earlier. The highlight, for us, is the set’s Bravia Internet Video system. This online service can be accessed via either the TV’s Ethernet port or built-in Wi-Fi system (there’s no need for an optional extra Wi-Fi dongle with these Network series sets), and offers a truly prodigious quantity of video streaming sources from Sony’s ring-fenced section of the Internet.


We haven’t the space to cover everything Bravia Internet Video offers in full here (though we will do so in a dedicated feature we’re doing next week comparing all the main online TV services). But highlights include LoveFilm, YouTube, Demand Five, Eurosport and the recently added BBC iPlayer. 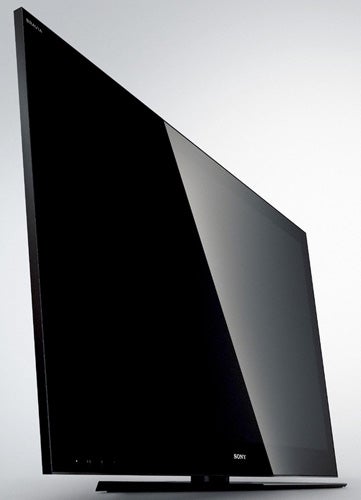 For us the Bravia Internet Video system has the richest amount of content of all the current TV online platforms, and we also admire the stability with which the reams of video sources stream in, even using a bog-standard 2MB download pipe.


The 40NX803 carries, too, a USB port able to play JPEG, MP3, MPEG2 and AVCHD multimedia files, while its network features additionally extend to future interactive services that might come courtesy of its built-in Freeview HD tuner, as well as the ability to stream stuff in from networked DLNA PCs. 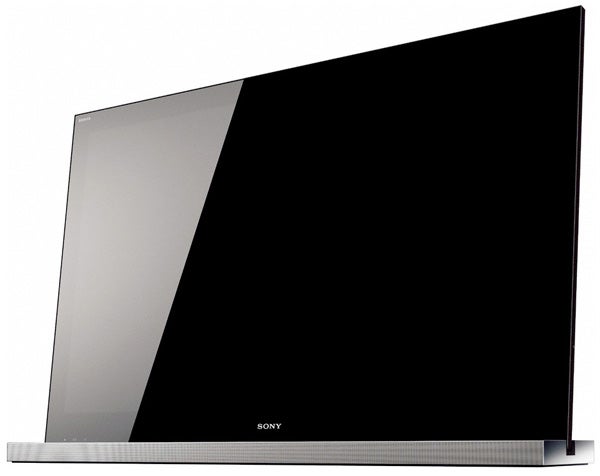 There’s a touch of colour management too, in the facility to adjust the gain and bias of the red, green and blue colour elements. But we would ideally have liked Sony to try a little harder in this area. It’s noticeable, in relation to this, that Sony hasn’t pursued third party endorsement from either THX or the Imaging Science Foundation for any of its current TVs.


Not that you have to spend an age fiddling with the 40NX803’s pictures to get some generally very impressive results, mind you.


The 200Hz engine makes an impact right away, helping deliver motion that’s clearly a level or two cleaner and crisper than that of the 46NX703 model we looked at. This helps the picture look generally sharper and more detailed, especially when you’re watching a motion-packed HD source.


We’re always on the look out for unwanted processing side effects with heavy duty motion compensation systems on LCD TVs. But here again, provided you stick with the Standard rather than High setting for the 40NX803’s MotionFlow feature, Sony scores a notable success for the most part. Obvious negative side effects are limited to small objects like cricket or golf balls occasionally disappearing for a fraction of a second as the processing struggles to track such a fast and localised change in image content.

The 40NX803 also delivers the goods when it comes to colour. Saturation levels are high, in the way we’re becoming accustomed to seeing with edge LED sets, and the range of colours on offer is prodigious. There’s good subtlety in the reproduction of colour blends as well, meaning that tricky fare like skin tones and grass consistently looks believable and natural rather than waxy or patchy.


More good news concerns the set’s contrast. For the depth of the black colours the set can reproduce really is very good indeed for edge LED technology, allowing the picture a rich, deep foundation for the vibrant colours to stand out against.


We were struck, too, by just how consistent the screen’s lighting is. Edge LED TVs tend to cause such problems as brighter corners, or a general unevenness of light levels. But even while playing something as obsessed with darkness as the Xbox 360‘s Alan Wake on the 40NX803, we never once became aware of any such light consistency issues at all. Excellent. 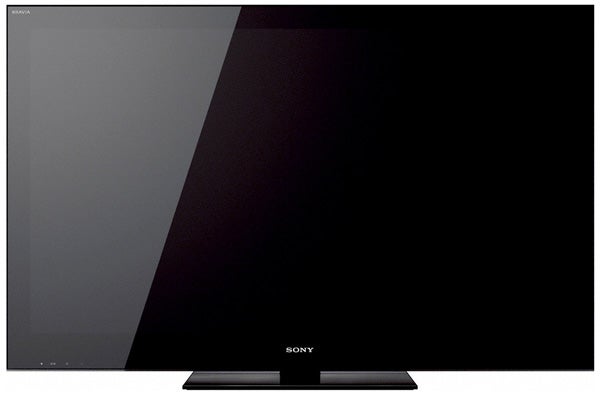 Our Alan Wake experience revealed the set’s dynamic contrast system to be accomplished too, as we suffered precious few OTT (and thus distracting) brightness shifts when jumping between the game’s unusually extreme bright and dark sections.


It should be stressed that to achieve the most convincing and consistent black level response you do need to rein the set’s contrast and brightness levels in a bit from their presets. But this is no problem at all in a reasonably dark room environment, and actually we wouldn’t expect it to be a truly significant issue in even a very bright room.


With the Bravia Engine 3 system also doing a good job of upscaling standard definition sources, a hunt for negatives beyond the minor flaws already mentioned uncovers just a couple more. First, there’s a slight hollowness in very dark picture areas vs what a good plasma TV could muster. Though the 40NX803 is actually markedly better than your typical CCFL-lit LCD in this respect.


Second, the picture loses contrast and colour saturation if viewed from much of an angle. But regular readers will know that this is true also of 90 per cent or more of all the other LCD TVs out there.


Sonically the 40NX803 is slightly better than we’d expected it would be. There’s certainly more raw power and dynamic range around than we hear from the slimmer edge LED models of Samsung and LG, which means that action scenes can actually sound quite enjoyable, despite there not being nearly as much bass or treble extension as you’d get with even a pretty basic external sound system.


It’s impossible to ignore the fact that Panasonic’s P42V20 plasma TV can be bought for £100 or so less than its Sony rival, despite being 2in bigger, allowing you to record to USB HDD and producing some terrific plasma picture quality.


But the 40NX803 looks prettier and outguns the Panasonic on multimedia abilities, and is easily one of the best edge LED picture performers we’ve seen yet – especially when it comes to producing a convincing black level. 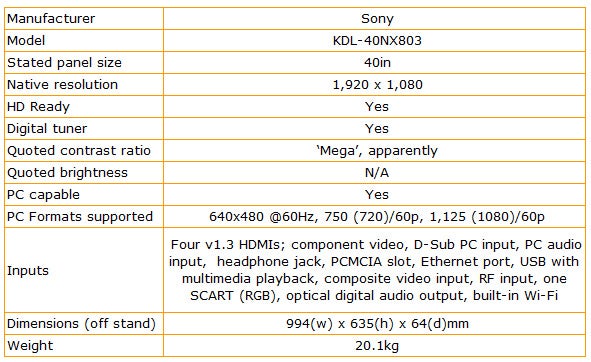