After struggling for some time now to find a strong and consistent TV design identity, Sony might just have stumbled on a solution with its new ‘Monolithic’ TV series – as represented today by the 40in KDL-40HX703.


The fact that Sony has gone so far as to actually devise a catchy marketing name for its latest TV ‘look’ speaks volumes about how seriously the brand is finally taking design. Which is exactly as it should be when you consider how well Sony’s Korean rivals have done for years now on the back of their innovative and instantly recognisable TV designs.


So what exactly does Sony’s Monolithic design concept involve? Well, the clue is very much in the name. For the Monolithic TVs essentially comprise a sheer, single-layer, black (screen and bezel) finish resembling the monolith in ”2001: A Space Odyssey”, with a touch of added flare coming from the fact that you can choose to tilt the screen back slightly if it works for your viewing position.


We’ve seen some Monolithic TVs at various Sony shows that consolidate their monolithic appearance by being extremely slim, thanks to edge LED technology. But, um, the 40HX703 is not one of these! 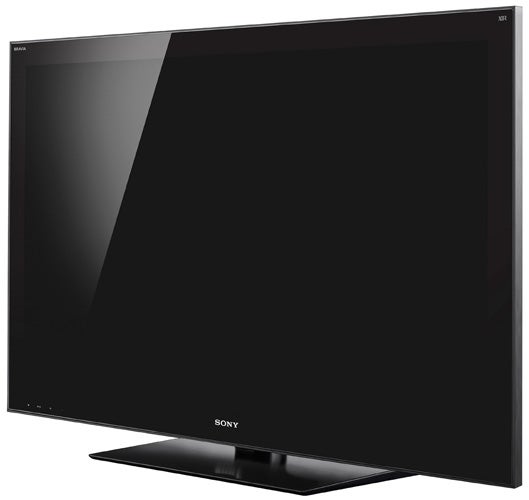 In fact, it looks unusually chunky round the back by today’s flat TV standards – a fact that undoubtedly reduces the coolness of its Monolithic aesthetic. The TV still looks nice, but its bulk stops it delivering that ‘wow’ factor we’re almost accepting as standard from Samsung and LG.


At least that big butt has been put to good use in housing a promising selection of connections. Four HDMIs and a component video input are on hand for your HD video sources, with multimedia support coming from an Ethernet jack, a D-Sub PC port, and a USB port.


The Ethernet permits you to hook into either a DLNA-enabled PC, or Sony’s terrific new Bravia Internet Video service (more on this in a moment), while the USB lets you make the TV’s network features wireless via an optional USB dongle, or else play MP3 audio, JPEG photo and video files from USB storage devices.


This really is just the tip of the iceberg, though, with all manner of more minority ‘channels’ available via Sony’s online platform too. Golf fans are particularly well catered for!


It’s worth adding, too, that the 40HX703’s online features are impressively stable, with a small built-in buffer delivering almost total stability – even with HD video streams – via our simple 2MB broadband pipe.

As we’d expect of a set relatively high up in Sony’s current range, the 40HX703 carries a Freeview HD tuner for people lucky enough to live in a suitable reception area.


But arguably of more interest now that Freeview HD tuners have already become ten-a-penny is the TV’s 200Hz MotionFlow processing. This gives it a clear feature ‘leg up’ – on top of the Monolithic design – over the 40EX503/37EX503 Sony Freeview HD models we’ve tested before.


The 40HX703’s processing suite also includes Sony’s multi-facetted Bravia Engine 3 (BE3) – there’s still no sign of a version 4 – as well as Sony’s 24p True Cinema mode for delivering improved results with the majority of Blu-ray discs. 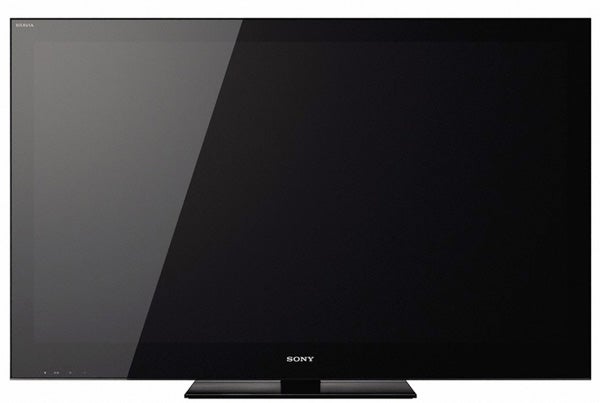 Happily, the combination of all the 40HX703’s processing and its special Monolith black screen help it deliver excellent picture quality. Particularly striking given Sony’s recurring problems with inconsistent backlights is how even and impressively black dark scenes look. There’s startlingly little of the grey mist in dark areas that we usually associated with non-LED LCD TVs, and there’s negligible evidence of parts of the screen looking brighter than others.


Or at least that’s the case if you’re watching the 40HX703 from pretty much straight on. Sit more than 35 degrees or so down its side and you will see large patches of the screen lose contrast and colour saturation, in keeping with the vast majority of other LCD TVs.


However, the 40HX703 additionally suffers with a slight purple undertone during off-axis viewing. So while its pictures are excellent in most ways if you can sit more or less directly opposite the screen, it could be a problematic option if you have a large family and relatively small room, so that numerous viewers regularly end up watching the set from a wide angle.

Getting back to what makes the 40HX703’s mostly excellent pictures tick, its 200Hz engine helps it produce motion with extremely likeable fluidity and clarity. Even better, provided you stick with its standard (as opposed to high) setting, it achieves this goal without throwing into the mix lots of unwanted processing artefacts.


The set’s motion clarity is backed up handsomely, moreover, by generally high levels of detail and sharpness with HD footage, leaving good HD sources feeling more like you’re looking through a window than watching a TV. 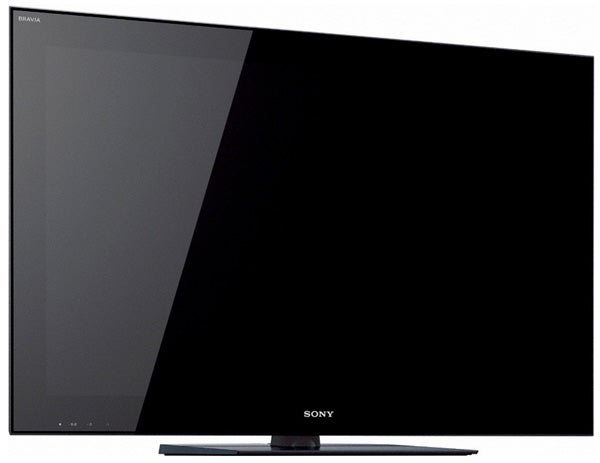 The BE3 processing has consistently proven very effective at upscaling standard definition, and so it proves with the 40HX703. If a standard definition broadcast is of a respectable or better quality in the first place, the 40HX703 will upscale it with really good sharpness and likeably little noise. And even poor quality standard def sources are dealt with more decently than is common in the LCD world.


The 40HX703 displays a good touch with colours, too, combining a natural palette with lots of stripe-free blends and general tonal subtlety. We’ve seen slightly more vibrancy and richness in some of the best rival models, perhaps, but the set’s subtlety compensates for this.


Turning to the 40HX703’s audio, it’s not as satisfying as the set’s pictures. There just isn’t enough bass available to deliver potent soundstages with a well-rounded, balanced approach, leaving the loudest moments sounding rather thin and trebly. The 40HX703 also lacks the power to open up to accommodate transitions from quiet to loud moments as well as we’d like. To be fair, though, these sort of issues are all too common in the flat TV world, and the 40HX703 doesn’t sound worst than most. In fact, the amount of treble detail it produces makes it fractionally better than some.


While its Monolithic design might have been what initially caught our eye about the 40HX703, it’s actually been the set’s strong picture performance and unrivalled streaming video talents that have lingered most in our minds.