After making a frankly underwhelming start in the flat TV world, the time now finally seems right for Sony to start re-establishing the sort of dominance and association with quality that it once enjoyed with its Trinitron CRT TVs.


After all, the introduction of the first Bravia range marked a significant leap forward in Sony’s flat TV quality, ambitions, and fortunes, so there’s every reason to hope that the second generation of Bravias, as represented today by the KDL-40D3500, will advance things again.


First impressions, though, aren’t spectacularly promising. For its design is totally uninspiring; just a boring dark rectangle for the most part, with the only ‘flourish’ coming from a thin silver outer trim. Woo. Given the groovy designs now being delivered by Sony’s Korean rivals, the Japanese brand really does need to start trying a little harder in the aesthetics department. 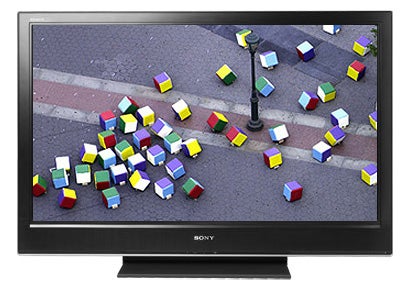 Connectivity is something of a mixed bag, too. On the downside, the set only carries two HDMIs when we increasingly like our large HD TVs to have three. But these HDMIs can, at least, take 1080p/24 feeds from Blu-ray players, and are joined by more or less everything else you’d expect of a modern TV, including component video and D-Sub VGA options.


The 40D3500’s panel is a full HD affair, sporting a very striking claimed contrast ratio of 16,000:1 – the same figure as that quoted by Pioneer for its KURO plasma TVs, with their genuinely groundbreaking black levels. Crikey. If Sony has really managed to coax black levels out of an LCD TV that rival those of the leading plasma TV around, then the 40D3500 will really be something to talk about.


However, before we start to get too excited about this, we have to point out that inevitably, unlike with plasma technology, the 40D3500 can only claim a 16,000:1 contrast ratio by using a dynamic backlight system, whereby the backlight output (and therefore the image’s brightness) is reduced when dark scenes are detected. The ‘native’ contrast of the Sony panel with the dynamic backlight inactive is a rather more down to earth 1,800:1…


Still, as well as deserving credit just for actually publishing this more realistic figure when most rival brands don’t, 1,800:1 is really not a bad native contrast ratio by LCD standards. The L37X01 we looked at recently, for instance, could only muster 900:1.

Considering that it’s surprisingly affordable for a full HD, 40in LCD TV from a premium brand, the 40D3500 is passably well stocked with features. The single most significant of these is Sony’s Bravia Engine image processing system, designed to boost colours, contrast, motion clarity, detailing and noise suppression. Even though the 40D3500 only gets the most basic version of the Bravia Engine (as opposed to the EX and Pro versions found higher up the Sony tree), that should still be enough to produce likeable results based on past experience. 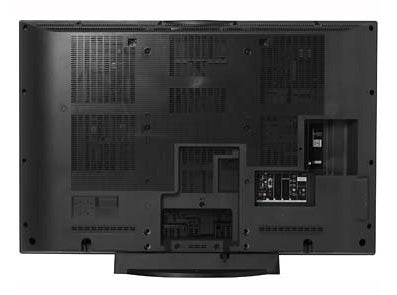 In many ways the 40D3500 puts its various picture aids to good use. Colours, for instance, are something of a triumph, boasting a combination of terrific vibrancy (a more expressive range than we’re used to seeing with LCD) and best of all, the most natural tones we’ve yet seen from a Sony LCD TV. In fact, precious few flat TVs from any rival brand deliver colours so subtle and credible, especially where skin tones are concerned. The full HD resolution helps colour blends look finer, too.


The 40D3500 also impresses with its contrast. Bright whites look crisp and devoid of the yellowish tone that can trouble many LCD TVs, while dark scenes benefit from some impressively deep black levels besmirched by pleasingly little of the clouding or blue undertone that affects many LCDs – including this Sony’s own predecessors. 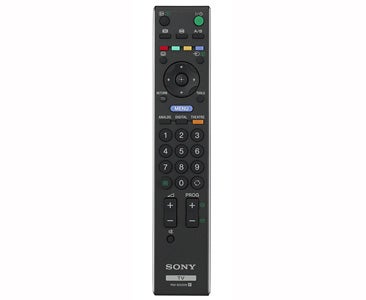 The black level response is not, it has to be said, anything to rival that of Pioneer’s KURO sets. But then to be honest this is no more than we would have expected.


Relatively static HD images, meanwhile, highlight another benefit of the 40D3500: its exceptional sharpness. Fine details are rendered with total, noiseless precision, giving the image exactly the sort of ‘snap’ we love to see with our HD stuff. Plus the image tends to look more three-dimensional thanks to all the background detail that’s resolved.


The Bravia Engine system is additionally to be congratulated for removing noise of pretty much all types from pictures of both HD and SD flavours.

So how come the 40D3500 only earns a 7 for picture quality? Because it suffers more than it really should from that old LCD bugbear of motion blur. And so while static images look superb, whenever anything moves around the screen at any sort of speed – especially if you’re watching standard definition – the picture starts to look smeared and indistinct. And no matter what we did with the image’s various settings, there wasn’t a single thing we could do about it. Grrr. 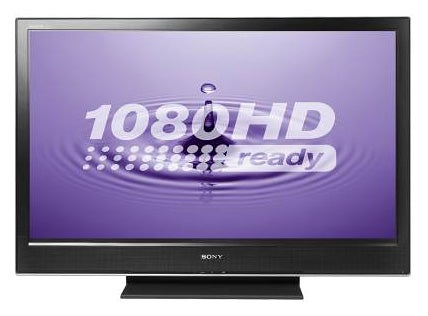 Moving on to the 40D3500’s audio, there’s enough raw, distortion-free power to give at least a modicum of satisfaction when watching even a pretty intense action movie. Voices remain clear no matter how loud everything else in the mix is, though as with many LCD TVs, bass feels a little ‘poppy’, lacking the sheer depth to really make a good, meaty explosion sound convincing.


In some ways – black levels and colours, at any rate – the 40D3500 continues Sony’s forward progression with LCD. But it needs to get its head around this motion-handling business too if it’s really to start challenging the very top LCD dogs.