Having only recently reviewed Sony’s rather excellent KDL-40EX503, you’re probably wondering why I’m looking so soon at the 37in version of the same TV.


In fact, I often get asked as a matter of course if there’s really much point reviewing different sizes of the same series of TV. After all, the thinking goes, in the vast majority of cases the features employed by different sizes of TV across a single series will be the same – including the technologies employed to deliver picture quality. So surely the differences in performance between alternate sizes in a series just can’t be enough to justify multiple reviews?


If only it were that simple. In fact from my experience, where LCD TVs are concerned, the truth is rather different. I have at times noted really quite considerable differences in the performance standards of different sizes within a single series. And actually, if you think about it, this isn’t really all that unexpected, given how many manufacturers source different sizes of screen from different places. 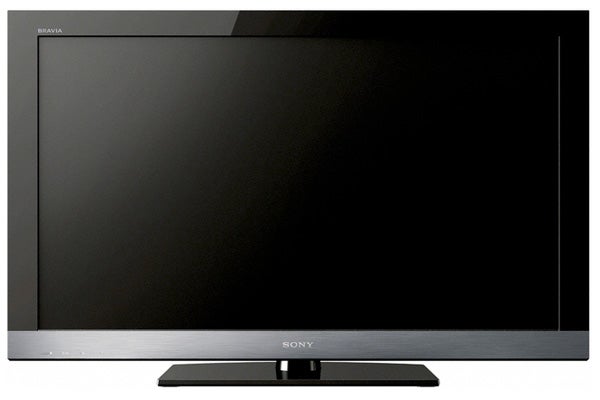 As a classic example of what I mean, I’ve traditionally found it difficult to get Samsung to send me any 37in LCD TVs to review, with the quietly muttered excuse appearing to be that Samsung hasn’t traditionally manufactured all of its 37in screens themselves, instead ‘buying in’ 37in panels from elsewhere and then working into them their own electronics.


Clearly the inference from Samsung’s reluctance for me to look at the resulting TVs suggests that the brand has concerns about potential quality issues at this particular screen size. Please note, however, that I’m not suggesting for a minute here that all 37in Samsung TVs are rubbish!


The all-important issue of price also justifies dipping into different points of the same series, as I regularly find that some sizes seem to offer notably better value than others.


At this point you’re probably wondering if a) I’m ever actually going to start writing a proper review, and b) exactly why I’m raising all this debate. As in, am I building an excuse for a review that’s ultimately going to turn out to be near-identical to that of the 40EX503, or am I merely setting the scene for a review that’s going to bear out my feeling that all sizes with a series aren’t equal?


Actually, it’s the latter. For while the 37EX503 and 40EX503 certainly aren’t chalk and cheese, there’s enough difference between them to earn one model a Recommended badge while the other goes home merely with an appreciative pat on the back.

Obviously this difference doesn’t lie at an aesthetic level; aside from the obvious size difference, they look the same. Which isn’t a bad thing given the modicum of style created by the application of a brushed aluminium panel to the bottom edge, and the neat if hardly revolutionary gloss-black finish of the rest of the bezel.


Connections are the same too – and this is again good news. For you get headlines of four HDMIs; a USB 2.0 port enabled for photo, music and video playback; and, of course, an Ethernet port for either a) streaming in stuff from a DLNA PC, b) accessing potential future Freeview HD interactive services (hello, iPlayer), and c) accessing Sony’s prodigious new online service.


Yes, that’s right, ”prodigious” online service. For if you missed the KDL-40EX503 review and only remember my rather scathing assessment of last year’s pretty pointless AppliCast Sony online TV service, I’m happy to report that Sony has pulled its finger out online-wise in quite spectacular fashion for its 2010 range. 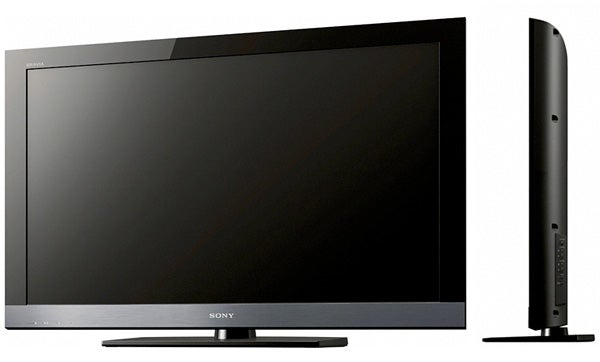 I won’t go into everything that’s available via that new Bravia Internet Video platform – check out the 40EX503 review for an exhaustive list. Suffice it to say that there’s more streaming video around than there is on any other ring-fenced online TV service right now, including the facility to stream films – in HD or standard def – from lovefilm.com, once you’ve tied your account to the TV.


As with the 40EX503, I found the 37EX503‘s connection to most of the video sites to be pretty stable and fluid, even using my meagre 2MB download pipe – a situation probably helped by the fact that the 37EX503 incorporates a 7-second or so buffer and auto PING detection/correction. Ironically LoveFilm was the only streaming service that stuttered a bit, but hopefully this is just teething problems. In any case, I suspect people with faster broadband connections should be fine. I should add here, too, that you can go ‘Wi-Fi’ with the 37EX503 if you stump up for an optional Wi-Fi USB dongle.


Before getting into a brief description of the 37EX503’s other features, there’s one very curious discrepancy between the 37EX503 and 40EX503 to report, namely that they have totally different remote controls. Gone is the sleek, fashionable but brain-bendingly difficult-to-get-batteries-into unit found with the 40EX503, in comes a more plasticky, less attractive, larger but very easy to use curved model with the 37EX503. At the time of writing I was trying to find out from Sony if this was just a mistake – that they’d put the wrong remote in the 37EX503 box. If it turns out it was, I’ll update you about this in the Comments section.


After the Freeview HD tuner and now-extensive online functionality, the 37EX503’s most significant features are 100Hz processing, Sony’s Bravia Engine 3 system for improving a wide variety of picture elements, Sony’s Live Colour system for boosting colour tones and saturations, a sliding gamma adjustment, and a ‘black correction’ utility that’s subtler and thus more effective than most similar tools from other brands.

At first glance, contrary to what I was suggesting at the start of this review, the 37EX503’s pictures look very similar to those of the 40EX503. Colours, for instance, are just as impressively subtle when it comes to blends and tonal shifts, helping pictures look pleasingly believable and three-dimensional (though obviously not truly three-dimensional in the way upcoming 3D TVs are going to look!).


Colours even share the same characteristic of looking slightly washed out post calibration compared with the more aggressive quality of some rival models. But strangely I found the 37EX503’s colours to be more engaging and less tiring over long-term viewing than some of the more aggressive models around.


The 37EX503 also follows the 40EX503 in being good at upscaling standard definition pictures to its Full HD resolution. They look sharp and noiseless – notwithstanding a small amount of motion blur, which appears despite the 100Hz engine.


More good news finds the 37EX503’s pictures more than bright enough to stand out in a very bright room, and HD pictures looking pleasantly – if not acutely – sharp and textured. The Freeview HD tuner handling is very good too, with the TV reproducing the Freeview HD signals with enough purity to reveal just how curiously mixed they are in quality, with some looking blisteringly sharp and clean, while others look slightly grainy or soft. 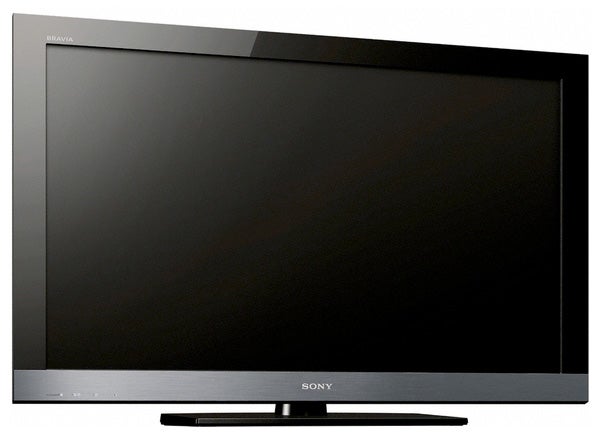 It’s when you start watching a few dark scenes on the 37EX503, though, that it suddenly falls short of the efforts of the 40EX503. For where I was very impressed by the depth of the 40EX503’s black levels, I was less taken with the black level response of the 37EX503.


For in place of the really deep black colours seen on the 40EX503, the 37EX503 portrays dark scenes through some of the notable grey mist that’s arguably LCD technology’s most common unwanted trademark. This inevitably makes dark scenes look less natural, as well as leaving them looking flatter and less detailed.


It doesn’t help matters, either, that the 37EX503 seems more ‘viewing angle sensitive’ than its slightly bigger sibling, with black levels reducing rapidly when you’re not watching the picture from directly in front of the screen.


To put this in a wider perspective, the 37EX503’s black levels aren’t bad versus the LCD market as a whole. They’re above average, in fact. But regular readers will know that I consider black level response to be one of the most critical parts of a TV’s picture performance, so I can’t in all honesty reward the 37EX503 with the same Recommended status I gave to the 40EX503.


Wrapping up with the 37EX503’s audio, this does achieve the same decent performance level of the 40EX503. This finds treble detailing being really quite pronounced and clear, and a mid-range that’s open enough to keep vocals clear and well-rounded, as well as managing to avoid sounding soupy or compressed when pushed hard by an action sequence.


As I nearly always find myself saying with relatively small LCD TVs, the main audio weakness is that there’s not quite enough bass around to really get the maximum impact from rich film and drama soundtracks.


The KDL-37EX503 isn’t a bad 37in TV at all when considered in isolation, or against many other 37in TVs from other brands. But it does suffer a bit when compared with its own 40in sibling, thanks to a reduced black level response and the fact that the superior – and, of course, larger! – 40in model can be found online at the time of writing for only around £80 more.