Even though 40in TVs don’t tend to cost an awful lot more and have a reputation for being better performers, the 37in TV market remains bullish in the UK. A result, we suspect, of the UK’s generally rather conservative approach to TV buying, which finds them feeling brave enough to step up from their old 32in TVs to something five inches bigger, but not quite brave enough to enter a whole new size category.


We also suspect that among this relatively conservative section of the market place, there’s quite an affinity with the Sony brand name. Not to mention a desire not to spend any more money on a new TV than they really need to. All of which makes it little wonder that the Sony KDL-37EX403 we’re looking at today frequently features quite highly in UK Internet searches. For as well as fitting the 37in size requirement, it’s also strikingly affordable for a Sony-branded telly, coming in at under £500 from a few online retailers. What’s more, you might be able to knock a chunk more off that price if you take advantage of Sony’s current VAT-back deal. 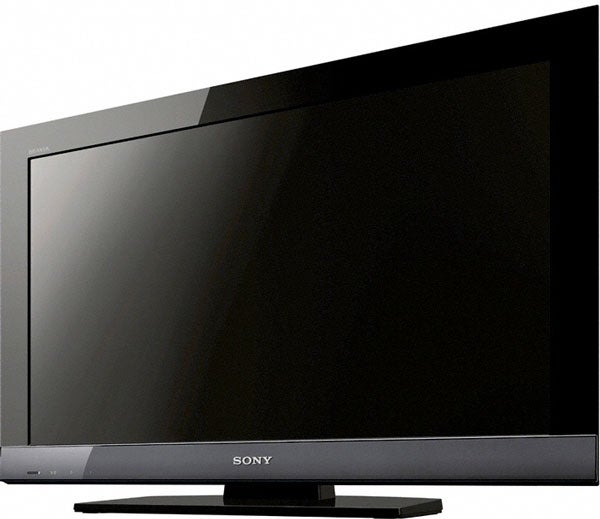 The 37EX403 is not a bad looker either, despite not sporting Sony’s chic Monolithic design. The combination of black for the top and sides of the bezel and a grey bottom edge works rather well in an understated way, and while the rear end protrudes quite a long way by the standards of today’s TVs, it’s pleasantly sculpted.


Its connectivity is surprisingly expansive for such an affordable TV too. For a start, you get four HDMIs when it wouldn’t have been at all surprising to only find three. But other highlights include a LAN socket, a D-Sub PC port, and a USB slot. 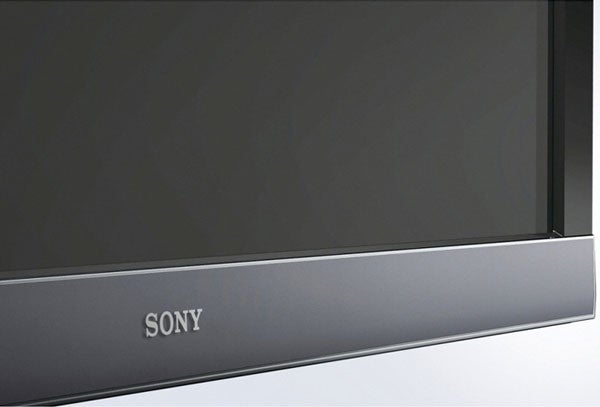 There’s gold in some of them there sockets, too. Not literally, of course. But the USB and especially LAN sockets open up a whole world of content beyond the confines of the mere TV. For instance, the USB can play back video, music and photo files, including a healthy selection of different video formats. Or it can make the TV Wi-Fi capable via an optional Wi-Fi dongle. The LAN can provide a conduit for content stored on a DLNA PC (essentially catering for the same files as the USB port), or it can pipe you through to Sony’s ‘walled garden’ of online content, dubbed Bravia Internet Video (BVI). More on this later.

The LAN is also provided to support a built-in Freeview HD tuner, ready for when the free-to-air digital HD terrestrial broadcaster starts offering interactive services alongside its channel package.


Scanning further down the 37EX403’s spec sheet further builds on the feeling that you’re actually getting a lot for not much money. It’s got a full HD resolution when a merely HD Ready one might have been expected. It’s got Sony’s 24p True Cinema processing for boosting Blu-ray playback. And it’s got Sony’s Bravia Engine 3 system for boosting almost every aspect of a TV’s picture performance.


It claims a ‘high’ (!) contrast ratio despite only using standard CCFL lighting in its LCD panel. But most of all, it’s got that BVI functionality we mentioned earlier.

Sony’s latest online TV platform has already established itself as the one to beat in 2010, with unprecedented amounts of streamable video at its disposal, including LoveFilm and the Demand Five and BBC iPlayer catch up services. But it has recently underlined its No.1 online TV status by adding a useful new Sky News interactive ‘channel’ and Sony’s own Qriocity online movie service.


We won’t go into detail on these new additions here as we intend to do a more in-depth look at the recent revamps of both Sony and LG’s online services in a little feature next week. Suffice it to say in the mean time, though, that BVI is a truly useful addition to the 37EX403’s functionality that we’re confident anyone with a broadband connection will regularly visit.


If there’s a potential – albeit hardly surprising for its money – hole in the 37EX403’s feature list, it’s the absence of 100Hz processing. Hopefully Bravia Engine 3 in conjunction with the screen’s innate response time will prove sufficient to keep a lid on motion blur.

First impressions of the 37EX403’s pictures, though, are rather mixed. For instance, while the set is certainly capable of producing enjoyable levels of detail and crispness from HD sources, especially Blu-rays, this sharpness reduces during action scenes on account of clear signs of the motion blur we’d worried about in the previous paragraph.


To be clear, this blur isn’t really excessive; there are certainly other budget sets out there that suffer from it more. But we’ve seen better, and when it’s at its worst (particularly for the first few minutes after you turn the TV on from cold), it can certainly be distracting.


A couple of other disappointments find the 37EX403 losing contrast and colour saturation very obviously if you have to watch it from any real angle, expanses of colour occasionally looking rather over-smooth and short of subtlety, and peak whites occasionally looking bleached. These latter two issues are as a result, we would guess, of the 37EX403 not being able to reproduce as wide a range of colours as some rival screens, and some crushing at the brightest end of the spectrum. 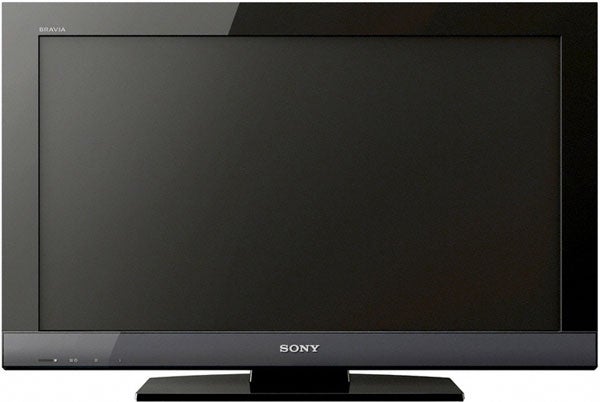 The 37EX403 performs decently at the dark end of the spectrum too, producing a deeper and more convincing black colour than many of its budget CCFL LCD peers. It’s certainly not perfect; there’s a gentle grey wash over dark scenes, and shadow detailing is sometimes in short supply. But dark scenes don’t highlight significant backlight inconsistencies and are always watchable and credible. And that’s an achievement in itself on a sub-£500 LCD TV, despite the fact that Samsung’s similarly specified LCD sets get a few notches deeper still with their black levels.


The 37EX403’s sound rates – like its pictures, overall – as above average without being exciting. There’s just enough bass around to stop action scenes sounding unbalanced, and just enough headroom in the general mid-range and power handling to stop movies sounding too compressed and thin. Though the fact that the 37EX403’s audio performance can be classed as above average frankly says less about its own talents than it does about the generally dire state of audio on slim TVs.


There’s nothing particularly special about the 37EX403’s performance. Once it’s warmed up it’s above average, maybe even nudging good in places. But what makes it a potentially successful TV is its combination of a very aggressive price for a Sony compared with some class-leading multimedia features, particularly where online functionality is concerned. Assuming multimedia and online features don’t leave you cold, of course!