Sony’s belated entry into the Freesat TV market, the KDL-40Z5800, was one of the finest LCD TVs the Japanese megacorps has delivered to date. However, its Freesat HD tuner didn’t come cheap; the set cost almost £1200 – hardly peanuts these days for a 40in TV.


So it’s with some anticipation that I set about the Sony KDL-32V5810. For as well as being – at 32in – one of the smallest TVs around with built-in Freesat functionality, it’s also strikingly cheap for a Sony Bravia: just under £580.


It has to be said, though, that it does rather look its money. Its simple black rectangle design is just about glossy enough not to look ugly, but it feels slightly flimsily built by Sony’s usually robust standards, and doesn’t stand out on today’s crowded AV shelves.


Things look up considerably, though, as you count up its connections. Its four HDMIs, for instance, would look good on any affordable 32in TV, never mind one that has a built-in Freesat tuner and so might reasonably argue that it needs one less HDMI input than most TVs. 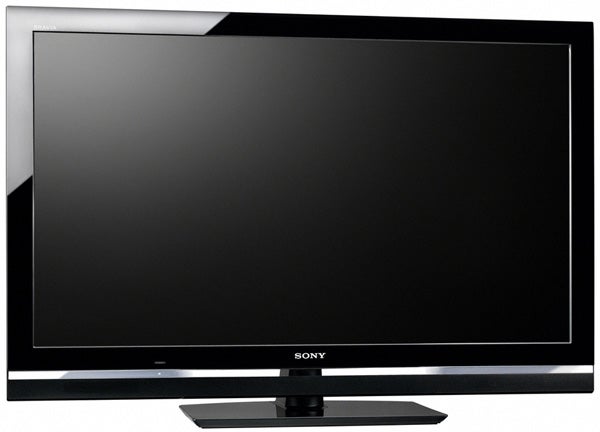 Then there’s its USB port, which proves able to handle video as well as JPEG and MP3 files. Plus, as with all products able to receive Freesat HD, the 32V5810 has an Ethernet port for enjoying future interactive features like the BBC iPlayer (which is already available via Humax’s Freesat HD PVR). This is just one string to the Ethernet port’s bow, though. For it can also be used to stream in multimedia files from a DLNA-certified PC, or to access Sony’s Applicast online service.


It’s a while since I explored AppliCast in detail, so I thought I’d go into everything it has to offer via the 32V5810. And this is what I found: a world clock, a calendar, an onscreen calculator, a small selection of images you can download and use with Sony’s Picture Frame feature (a sort of reduced-power screen saver option), and some news items on Sony’s latest range of TVs. This latter feature suggests that Sony has a healthy sense of irony; after all, surely the last thing you want to read about on your new TV is a bunch of other TVs just coming out that might actually be better than the one you’ve just bought?!


The most important thing about AppliCast, though, is that it really doesn’t offer much content at all compared with the online services currently offered by the likes of Panasonic, Samsung and Philips. And the content level hasn’t increased in any significant way since the service first appeared early last year.


I’d hoped that some of the much more impressive and extensive online functionality Sony has unveiled for its upcoming new TV ranges might have ‘rubbed off’ on the current Applicast system. But there have been no significant updates, and Sony has confirmed that its latest online services will not be coming to current Applicast models via any firmware updates. Shame.

A quest for more useful features on the 32V5810 thankfully finds a number of notable tricks. For instance, there’s Sony’s latest Bravia Engine 3 (BE3) multi-faceted video processing engine, which works to improve colours, contrast, detail, noise reduction and, especially, standard definition upscaling. As a sign of Sony’s confidence in its Bravia Engine 3 system, incidentally, the brand is not bothering to update it for its upcoming new TV range. 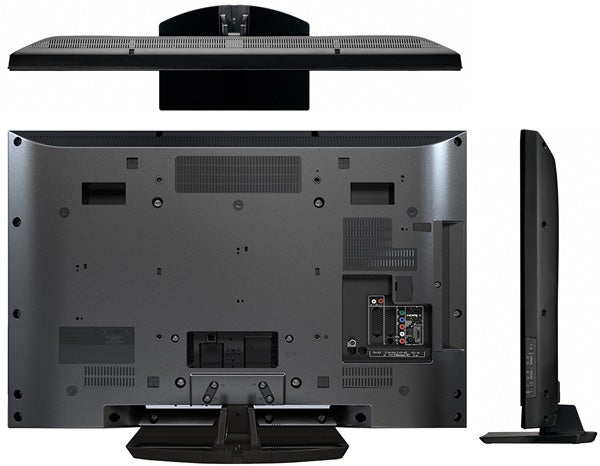 It’s a bit of a pity, I guess, that there’s no significant colour management system, given that such tools are available now on budget models from the likes of Toshiba and LG. But thankfully, while the 32V5810’s colours possess neither extreme vibrancy nor a particularly expansive range, they are mostly engagingly natural in tone – especially if you stick with the Cinema or (at a push) General picture presets. Even better, they show an eye-catching level of finesse when it comes to portraying colour blends that helps pictures look more three-dimensional and involving.


If you own this TV and find yourself struggling to find the 32V5810’s picture presets, by the way, they’re rather unhelpfully hidden under a ‘Scene Select’ submenu that pops up if you press the remote’s Options key.


The 32V5810 also does a good – though not quite excellent – job of rendering all the fine detail and crispness associated with HD material, and as usual BE3 rescales standard def images to the Full HD screen nicely, with decent sharpness, and some effective – without being OTT – noise reduction processing.


Make sure you nudge the contrast levels down and don’t set the MPEG noise reduction too high, though, if you want to see the 32V5810’s standard definition pictures at their best.


The 32V5810’s BE3 engine also makes its presence felt in the pleasing lack of judder on show during camera pans – with extra help from Sony’s always-likeable 24p True Cinema system when watching Blu-rays.

The slight lack of colour vibrancy noted earlier isn’t the only flaw with the 32V5810’s pictures, however. For it also fails to float my boat with its black level performance, for two reasons.


First, dark scenes look generally a bit milky by today’s fast-improving standards – despite the TV quoting a respectable 60,000:1 contrast ratio. This greyness leaves them looking a bit flat and short of shadow detail.


To be fair, not so long ago I might have been quite impressed by the 32V5810’s black level response; it’s certainly not bad for a sub-£600 TV. But nor are black levels as consistently good as they are on Samsung’s LE40B550 or LE32B650 LCD models, or Panasonic’s TX-P42X10 – a 42in plasma model which can, remarkably, now be found routinely selling for around £500. 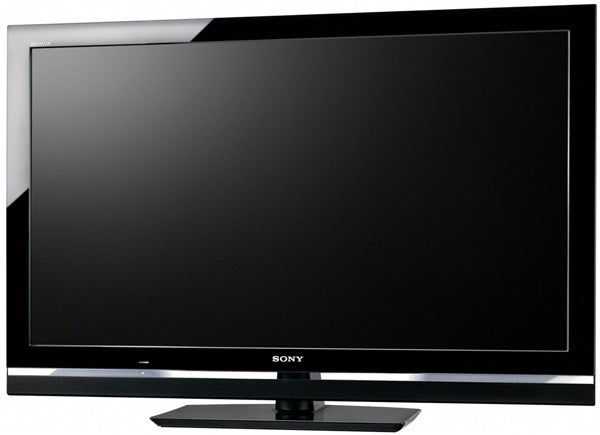 What’s really got my goat about the 32V5810, though, is the appearance of quite obvious pools of backlight seepage coming in from the screen’s top corners. These pools extend for about an inch and a half across the picture, and while invisible during dark colourful footage, are all too evident during very dark scenes.


I’ve reported similar phenomena on various other Sony TVs over the past year, so I dare say Sony is sick of hearing me bang on about it. But frankly I’m getting sick of seeing it, too, and can only pray that the problem has been sorted for Sony’s upcoming new TV ranges.


You can reduce the backlight pooling’s obviousness if you ramp down the set’s backlight output and brightness. But this might not chime with the settings everyone wants to use with their TV, and it still doesn’t completely stop the problem from distracting you during dark scenes – or when watching 2.35:1-ratio films with black bars around them.


Turning to the 32V5810’s sound, the rather unprepossessing speakers running along the TV’s bottom edge actually produce a passable soundstage, combining a decently wide mid-range with some fair treble detailing. Things sound a bit compressed at the bass end, but this is common among small, flat TVs, and at least there’s seldom any actual distortion.


Sony’s attempts to make a built-in Freesat tuner more affordable succeed on some levels, but overall the set doesn’t do enough to warrant more than a qualified recommendation – especially if you watch a lot of dark films.