The 32in Bravia KDL-32NX503 is the smallest model to be found under the ‘Network’ category of Sony’s rather tortuous TV sub-divisions, making it a potentially interesting and unusually affordable multimedia-savvy option for second rooms as well as small main living rooms.


Before we find out if it fulfils that potential, though, there is one more immediate bit of good news to report. For the 32NX503 is the proud owner of Sony’s new Monolithic design, whereby a black bezel, specially blackened LCD panel, sheer one-layer fascia and the facility to tilt the screen slightly back all combine to create a TV that really could be a smaller brother of the mysterious knowledge-imparting black edifice at the heart of ”2001: A Space Odyssey”.


As with the 40HX703 we looked at recently, it’s a pity the impact of the black, minimalist design is rather spoiled by the TV’s startlingly deep rear end. But it still looks a cut above your average 32in TV, at least from the front. 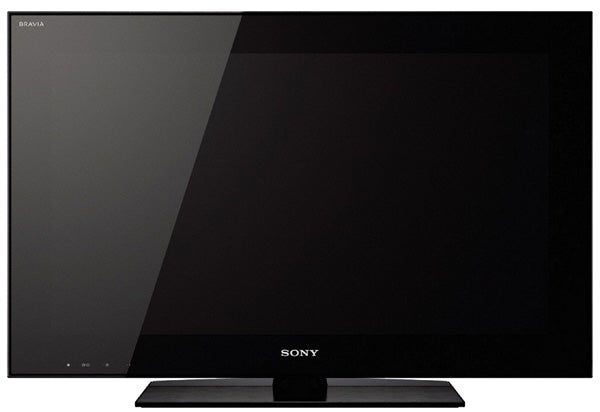 The set’s connections are prodigious by 32in standards, and inevitably provide some serious clues as to the sort of multimedia talents the set’s Network categorisation would lead us to expect.


There’s an Ethernet port, for starters. And this has not one, not two, but three uses. First, it’s there to provide obligatory support for the set’s built-in Freeview HD tuner – presumably to cater for future interactive features like the BBC iPlayer.


Second, you can use it to jack into a DLNA-enabled PC and stream over a wide variety of file types. Last but by no means least, you can use the Ethernet to access Sony’s Bravia Internet Video service.


Regular readers will already know how impressed we are by this new service, which replaces the frighteningly limited features of Sony’s previous AppliCast online efforts with a veritable smorgasbord of high quality, often HD video streaming content, including the inevitable YouTube; Channel 5’s Demand Five iPlayeralike; various golf tip services; lots of general ‘advice’ sites; and even LoveFilm, complete with the facility to synch the TV to your account for full movie streaming.


Sony has even gone to the trouble of building in a small data buffer, to help its video streaming achieve impressive stability versus one or two rival online platforms we’ve seen. Even via our relatively snail-like broadband service.

The set also has a USB port, which again has multiple uses. You can, as we’d expect, play JPEG stills through it. But MP3 audio and various video formats – including DivX – are also on the playback menu. What’s more, if the idea of hard-wiring the TV to your router via an Ethernet port feels seriously old-fashioned, the 32NX503 follows numerous other recent TVs in allowing you to add an optional extra USB Wi-Fi dongle.


Other connections worth a passing mention include four HDMIs, and a D-Sub PC port if you want to use the TV as a computer monitor. 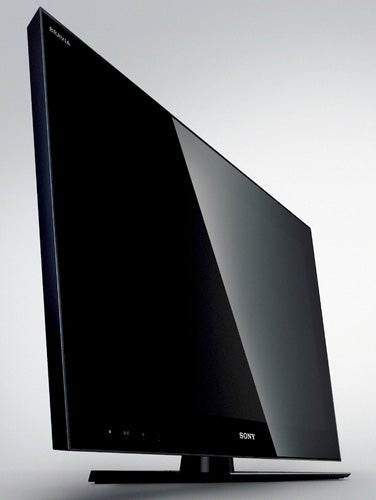 It’s a pity there’s no 100Hz processing, nor any significant sort of colour management tools. But there is at least Sony’s Bravia Engine 3 (BE3) processing, which will hopefully do its usually fine job of upscaling standard definition pictures and improving various general image elements.


Actually, while the BE3 system is certainly evident in some elements of the 32NX503’s picture performance, overall we still came away from this review feeling a touch disappointed.


This is surprising given the impressive picture quality enjoyed on a couple of Sony’s recent 40in TVs. But there’s no denying that, for instance, the 32NX503’s pictures aren’t particularly crisp. The main reason for this, it seems, is that motion isn’t handled as well as it might have been if, say, the set had provided a 100Hz engine. So resolution is noticeably lost from objects as they pass across the screen, and there’s even a very slight trace of smearing from time to time. This issue can take the edge off HD sources as well as standard def ones.


A more unexpected weakness of the 32NX503’s pictures is that they just don’t look very vibrant, falling short of a number of rival 32in screens – LG and mid-to-top-end Philips sets particularly spring to mind – in terms of both colour richness and brightness. This is especially true once you’ve calibrated the TV so that it’s producing its most convincing black level response.


Probably because of this slightly flat look to colours, we also felt that occasionally tones didn’t look as natural as we’d have liked them too.

At least, though, the post-calibration black level response really is quite impressive. With the set’s brightness settings reined in, the 32NX503 can produce a genuinely deep, natural, largely grey-free black colour that helps dark scenes look more convincing than is common on 32in LCD TVs. It’s a relief to note, too, that dark scenes aren’t ruined by pools of backlight inconsistency in the way numerous models from Sony’s previous TV range were.


Now we’ve started to think more positively, while colours struggle for richness, their tones are rendered with really impressive and engaging subtlety when it comes to blends, ensuring there’s no colour ‘striping’ or ‘patchworking’ on show anywhere. 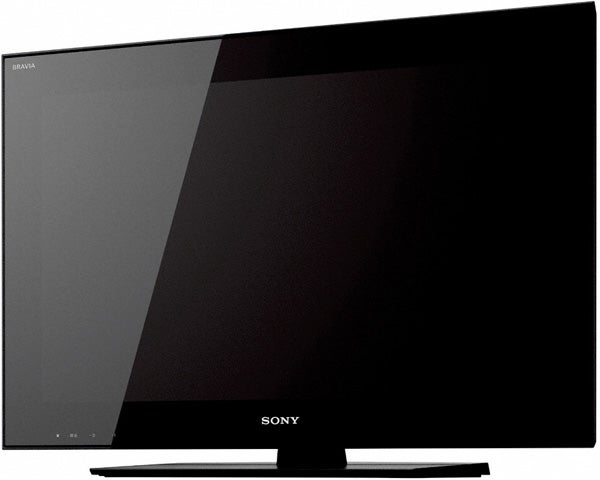 The Bravia Engine 3 processing also does a typically good job of translating standard definition pictures to the screen’s Full HD pixel count, adding detail without exaggerating source noise or adding extra noise of its own.


The upscaling process can’t get round the screen’s innate small issues with motion resolution loss and colour vibrancy, but that doesn’t stop its standard def pictures from being easy on the eye overall.


Sadly, though, we have to wrap up this review with a couple more negatives. First, we found the Monolithic design made the 32NX503’s screen look unusually reflective of ambient light and objects in our test room. Strangely – perhaps because of the smaller screen size – we found ourselves more troubled by this issue on the 32NX503 than we did on the larger (40in), also Monolithically designed 40HX703 we reviewed recently.


Our final disappointment with the 32NX503 is, more predictably, its audio. For while the set’s ability to portray small details in carefully crafted soundstages is notably good, it’s dragged back into distinctly average territory overall by its difficulties with producing any significant quantities of bass. This can leave high-octane audio sequences sounding harsh and tiring.


The 32NX503 is certainly not a bad TV, thanks to its appealing looks and extensive multimedia functionality. But nor is it the small-screen hero we’d hoped for, providing more unwanted proof that Sony’s 2010 range is shaping up to be almost as inconsistent as last year’s. Here’s hoping the brand’s upcoming 3D TVs fall on the impressive side of the unpredictable Sony line.