It looks like Sony isn’t just out to take on the mighty Apple with its latest portable music players. For Sony’s new 32E5500 TV, with its glossy white finish and angular lines, has a distinctly Apple-esque look about it. And so predictably, for the most part it’s very nice if you like that kind of thing. The only controversial element, so far as I’m concerned, is the thick black outer frame that sits around – and forward from – the main white bezel.


For me the contrast here is too strident for comfort. Though to be fair to Sony – and you know me, I always like to be fair… – the little black ‘frame’ does serve a kind of philosophical purpose. For it illustrates the main story with the E5500: that it’s pitched as a ‘Picture Frame TV’, aimed at folk wanting a ‘designer’ TV that also provides an easy way to watch their multimedia gubbins. Hence the decision to make the TV look like some kind of freakish photo frame – right down to the way the TV rests slightly back on its neckless stand.


Sony’s obsession with design on the 32E5500 extends so far that you can choose the colour and material of the outer-most frame to suit your décor, with aluminium and even wood alternatives to the black plasticky affair found on our test model. 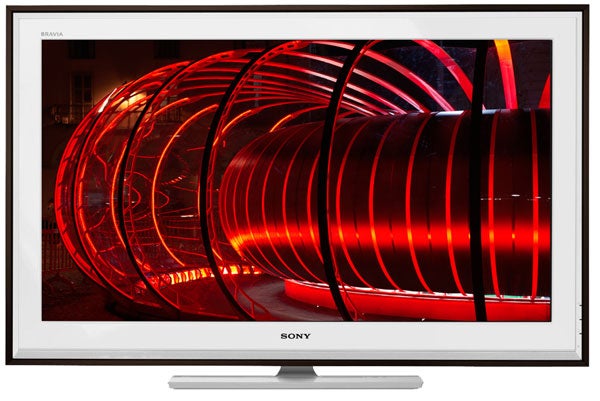 In looking for other reasons beyond its design that make the 32E5500 stand out from the rest of Sony’s current, generally excellent range, though, things start to get a little confused. For so far as I can tell, the 32E5500’s operating specification is exactly the same as that of Sony’s 32W5500.


To some extent this similarity isn’t a bad thing, of course, for the W series sits quite high up Sony’s current TV range, and is equipped with features galore. For instance, it’s a full HD screen despite its relatively small 32in size, and it carries both Sony’s latest Bravia Engine 3 video engine and MotionFlow 100Hz system. Even more pertinently for the E5500’s multimedia-friendly positioning, it joins the W series in sporting a USB port capable of playing photo, MP3 and video files, as well as a LAN port you can use to access files stored on a DLNA-certified PC.


The LAN port additionally allows you to access Sony’s AppliCast online system – though as we’ve repeatedly noted, this service is currently rather limited, with just a calculator, RSS newsfeed access, a clock, a calendar and access to a few attractive online stills based on nature, architecture and art themes.

I guess the access to those online stills – and a few pre-installed ones – does kind of bolster the 32E5500’s multimedia credentials. Especially as the set also sports Sony’s Picture Frame Mode, where the TV optimises its settings for economical long-term playback of digital still photos or artworks, effectively letting you turn your TV into a painting or genuine photo frame when you’re not watching it.


But all these multimedia features are, as I’ve said, available on the 32W5500 as well, and just putting them within a more self-consciously photo/painting-like design doesn’t magically stop AppliCast feeling a little outgunned by rival online systems. You’re probably starting to wonder at this point why it really matters all that much if the 32E5500 is effectively ‘just’ a fancier-looking version of the 32W5500. So I’ll tell you: the cheapest price I could find on the 32E5500 at the time of writing was £945. Whereas the 32W5500 was available for just £609. That’s a huge difference of more than £300. Or to put it another way, the 32E5500 costs 50 per cent more than its similarly specified but less well-dressed sibling.


Unless the 32E5500 magically manages to use its identical specs to deliver a picture quality beyond what we would expect to see from the 32W5500, therefore, I’m struggling to find the fancy picture frame justification enough for spending £300 that could instead be spent on a very healthy collection of Blu-rays. 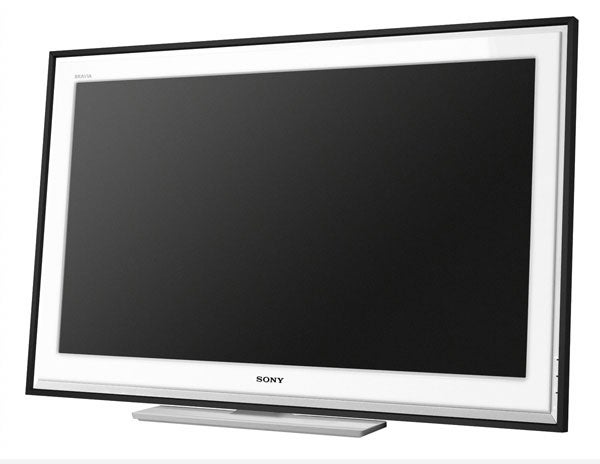 To be fair, the 32E5500 ”does” produce some terrific pictures. Its black levels, for instance, are streets ahead of those produced by most 32in LCD TVs, leaving the claimed 80,000:1 contrast ratio looking at least a fraction less fanciful than the hilariously optimistic figures quoted by rival brands.I should add, too, that I saw scarcely the faintest trace of the inconsistent backlight level problem that blighted Sony’s previous LCD generation.


The 32E5500 also excels with its colours. The Bravia Engine 3 system in conjunction with Sony’s Live Colour processing works wonders when it comes to combining vivid, full-on saturations with natural, believable, and subtly blended tones – and the screen furthermore has the innate brightness to ensure that the excellent colour palette is really driven out.


For all their flaws in previous generations, Sony’s LCD TVs have at least generally delivered HD pictures with excellent levels of sharpness and noise-free clarity. And that strength remains emphatically in place with the 32E5500, as a selection of Blu-rays and HD games all look full of texture and detail. So long, at least, as you ensure that all the TV’s noise reduction circuitry is deactivated.

Elsewhere, the 32E5500 revels in the quality of Sony’s latest MotionFlow engine. For the set does a really impressive job of reducing judder when showing fast camera pans of objects pelting across the screen. What’s more, provided you don’t set the MotionFlow circuitry any higher than its Standard level, you get the judder-reduction benefits without having to suffer lots of horrible processing side effects.


The only issue I had with the 32E5500’s pictures, in fact, was the appearance a couple of times during my tests of a subtle but noticeable blue glow over objects appearing against very dark backgrounds. For instance, near the start of Casino Royale, there’s a shot where an African freedom fighter opens three cases of money, before the camera tracks with him as he turns away from the money and crosses the room. And as his face looms close to the camera and hits roughly the centre of the screen, the blue glow over and around it is pretty defined – even with the contrast set reasonably low, noise reduction circuits deactivated, and automatic contrast and black level boosting circuits set to low. Odd! Just as well this phenomenon only seems to occur rarely. 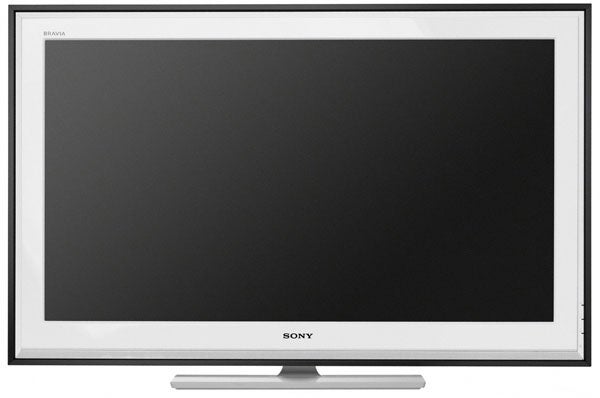 The 32E5500’s sound is decent enough for a 32in TV. It does a better job than many of keeping dialogue clear and believable during action scenes, for instance, and manages to avoid sounding horribly compressed, or harsh in the upper register. Perhaps inevitably there’s not enough range at the bass end of the audio spectrum to always counterbalance trebles as satisfyingly as I’d like, but this is true of 95 per cent of the competition as well.


Despite very, very occasionally suffering from a strange image glow issue, the 32E5500 is another fine performer from the latest Bravia stable. So far, so good. However, while we haven’t actually tested its 32W5500 stable mate, we have no reason whatsoever based on its specification to suppose that it will perform differently to the 32E5500. And since it’s more than £300 cheaper, I simply don’t consider the 32E5500’s fancy-pants design enough reason to justify its extra cost. Which is why I’ve been forced – for the first time ever, so far as I can recall – to give a TV that earns a 9 for picture an overall mark of just six.