Although it’s Sony’s new high-end models that are grabbing all the headlines these days, thanks to their skinniness, 200Hz processing or, in the X4500 range’s case, stunning picture quality, we suspect that it will actually be Sony’s basic but highly affordable V4000 range that most people will be thinking of bagging for themselves in these credit crunched times.


A couple of weeks ago we saw the 37in 37V4000 and found it considerably better than we’d frankly expected it to be. So now let’s turn our attentions to the smaller, ‘second-room’ 26in version, the 26V4000. It’s by no means uncommon for smaller screens in an LCD range to be actually considerably less well specified than the bigger models, so let’s hope this is not the case here. 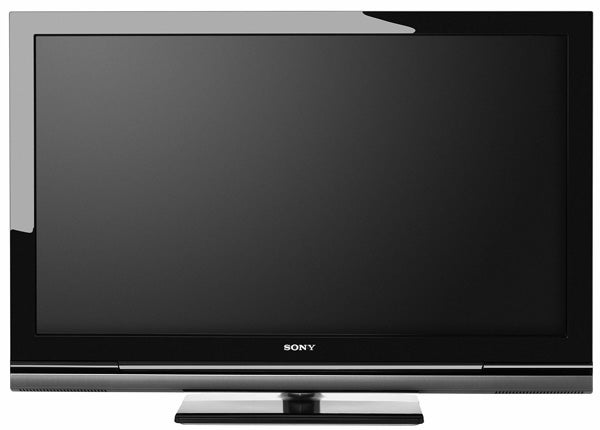 Aesthetically the 26V4000 has no nasty surprises up its sleeve. For while its piano black bezel and grey speaker section are certainly nothing particularly special to look at, the build quality is definitely a cut above the budget norm.


Connectivity is perfectly respectable, too. There are three HDMIs, for instance, as well as a D-Sub PC port, and all the usual standard definition TV stalwarts. Some form of multimedia connectivity, such as a USB input, would have been the icing on the cake, but we won’t get too hung up on this given the 26V4000’s price. 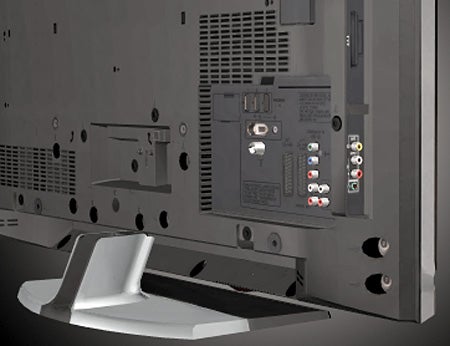 The 26V4000’s feature count is very limited by Sony’s usual standards – though not excessively so considering the TV’s affordable price. The only notables, really, are the set’s carriage of Sony’s respectable Bravia Engine video processing, an optional dynamic contrast system delivering a high claimed contrast ratio of 30,000:1, and backlight adjustment.


The screen, as we would have expected, is an HD Ready affair, with a 1,366 x 768 resolution. But it’s not quite as au fait with HD as we might ideally have liked, since it can’t handle the 1080p/24fps feed we prefer our Blu-ray players to output. Instead you have to set your Blu-ray decks to output something like 1080i/60Hz.

In most ways, the 26V4000’s pictures are every bit as accomplished as those of the 37V4000. Particularly impressive, again, are the screen’s black levels and for my money the 26V4000’s dark scenes look only slightly less convincing than those of the 37V4000 in terms of how free they are of LCD’s traditional grey misting problem. Even better, this relative freedom from greyness also helps the 26V4000 reproduce decent amounts of subtle greyscale and shadow detailing in all but the very blackest of corners, which in turn gives dark scenes a sense of three-dimensionality that’s really rare in the small screen world.

Good black levels are often accompanied by rich, vibrant colours, and this is certainly the case with the 26V4000. The harbour-side scenes as Captain Jack makes his memorable first appearance in ”Pirates of the Caribbean” thus look exuberantly dynamic and gratifyingly solid, keeping your eyes riveted to the action to an extent that’s very rare in the small-screen world.


Even better, the 26V4000’s colour tones are exceptionally natural for such an affordable TV, even when you’re watching standard definition. Or, at least, decent quality standard definition; with really poor quality fare, such as a showing of an early episode of ”Star Trek: Deep Space Nine” on the frequently very grubby-looking Virgin 1 channel on Sky, a few strange skin tones and anaemic background hues can occasionally appear. But this is true of pretty much any other small screen TV I can think of, and actually the Sony suffers less with the problem than most. 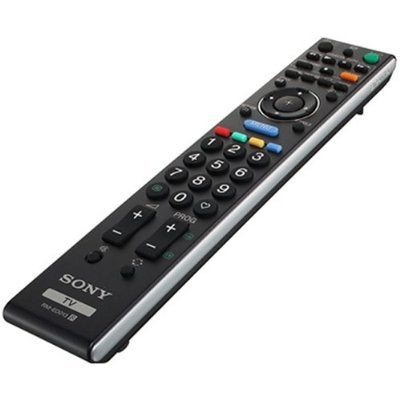 The 26V4000 also makes standard definition pictures look sharper than most affordable 26in TVs, too. The set carries Sony’s impressive Bravia Engine video processing system, and this appears to pay great dividends when it comes to upgrading standard def material to the screen’s HD resolution.


This same engine also does a nice job of downscaling the UK’s 1,920 x 1,080 HD sources to the screen’s 1,366 x 768 resolution. The ”Pirates of the Caribbean” Blu-ray, for instance, still looks HD despite the relative smallness of the 26in screen, thanks to the presence of more detailing, edge definition and colour accuracy than you’d see with even the very best quality DVD.

Clearly you don’t get as much impact with HD from the 26V4000 as you do with the bigger 37V4000. But this is only down to the sheer screen sizes involved, not inherent problems with the 26V4000’s HD presentation.


Having said that, the one area where I feel that the 26V4000 isn’t as accomplished as its larger sibling is motion handling. There definitely appears to be more evidence of resolution loss where motion is concerned. This is especially true with standard definition sources, but it definitely affects HD to a minor extent too. 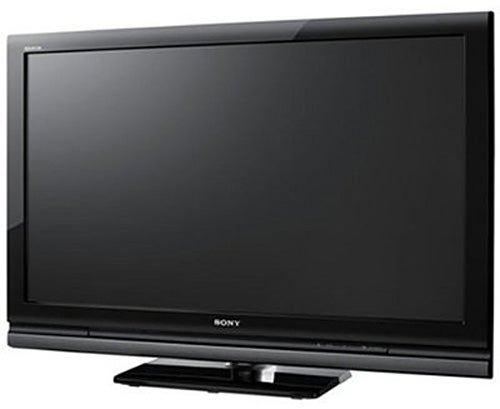 The 26V4000’s inability to handle 1080p/24 possibly causes a minor issue with judder, too, when watching Blu-rays. And finally in the negative column, areas of very fine detail with HD sources, such as the rigging of the cranes Bond runs up during the opening Parkour sequence of ”Casino Royale”, can occasionally shimmer for some reason.


But overall it’s definitely the positives about the 26V4000’s pictures that rule the roost, especially in the context of the generally rather flaky budget 26in market.


Sonically the 26V4000 is slightly less impressive. There’s plenty of good stuff to report; high volume levels without distortion, a surprisingly wide soundstage, credible vocals, and even a passable amount of bass – something small TVs traditionally struggle to deliver. The problem is that trebles can sound a touch dominant in the mix, occasionally bringing to the fore what should be merely background soundstage elements, and occasionally sounding slightly harsh.


Although the presence of a touch more motion blur stops the 26V4000 being quite as desirable as its larger 37in sibling, its still easily one of the finest 26in TVs I’ve seen – and surprisingly affordable too.