Usually when you get down to the sub-26in level of the TV market, manufacturers tend to take a ‘nuts and bolts’ approach, just giving people the basics at a low price on the understanding that this, ultimately, is all the buyer of such a small TV generally wants.

But Sony has clearly had enough of this approach. For the relatively high price of the 22E5300 actually gets you a level of specification, features and even to some extent, performance that’s up there with the sort of stuff normally only found at the premium end of the big-screen, home cinema market. 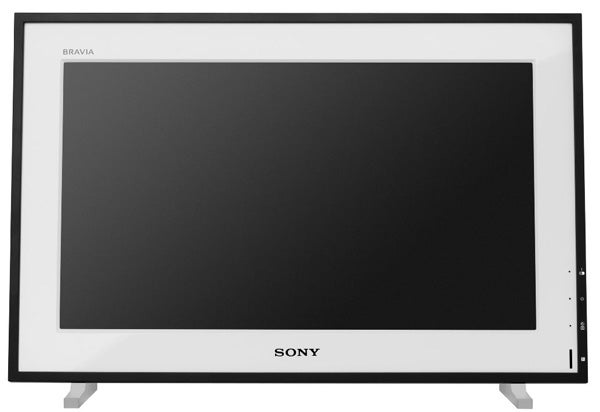 Check out its design, for starters. Its glossy white inner bezel with outer black ‘frame’ is a smaller version of the eye-catching look adopted by the Sony E5500 and EX1 premium models we’ve tested recently. In fact, for my money the design actually works best at this relatively small size, since it creates a more convincing ‘photo frame’ effect than the big models. Especially as the screen arrives tilted slightly back on a pair of low-set silver feet, and so resembles a normal photo frame tilted back on a rear support leg.

The next sign that the 22E5300 goes an extra mile or two beyond the 22in TV norm comes from its connections. There are a whopping four HDMIs, for instance. Then there’s a USB port able to play MP3 audio, JPEG photos and MPEG-1 video files. There’s a PC jack. And perhaps most unexpectedly of all, there’s an Ethernet port able to do two things: stream content from a DLNA-certified PC, or connect to the Internet. Finding either of these latter features on such a small TV would be pretty unexpected. Finding both is nothing short of remarkable. 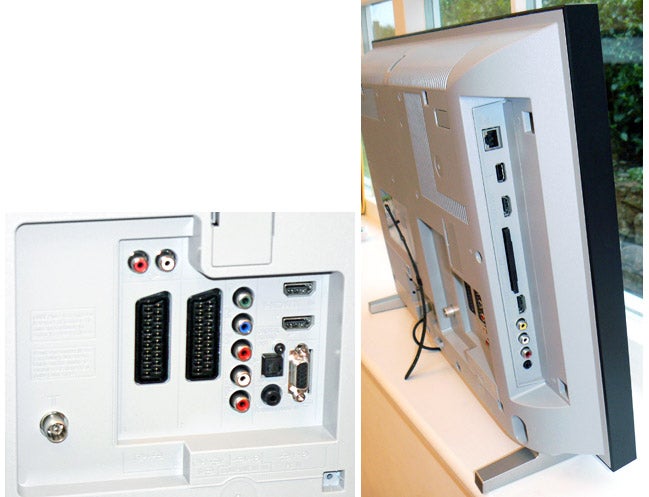 The only thing tempering our excitement about the 22E5300’s expansive multimedia capabilities is the fact that the ‘Internet’ connection mentioned a moment ago doesn’t actually connect you to the World Wide Web as a whole. Rather it hooks you up with AppliCast; Sony’s specially formatted, ring-fenced area of the Internet. And as we’ve noted in previous reviews, the amount of content found here really isn’t as extensive as we’d like it to be, comprising just a few downloadable stills, and widgets offering a clock, calendar, calculator, and an alarm (handy, we guess, if the TV’s to go into a bedroom).

This is all far removed from the full Internet access now offered by some Philips TVs, and the YouTube support – among other things – offered by Samsung and Panasonic. Still, we guess any Internet connectivity on a 22in TV is startling enough, and there’s always the potential for Sony to add further services in the future.

As we would expect given the 22E5300’s design and level of functionality, it’s fully equipped with Sony’s neat Picture Frame functionality, which reduces the TV’s power consumption and allows you to use the screen – at reduced power – as a virtual photo or painting frame when you’re not actually watching TV on it.

A more startling and hugely welcome string to the 22E5300’s bow is its Bravia Engine 3 (BE3) picture processing. BE3 is the very latest generation of Sony’s dependable Bravia Engine system, and is the same system sported, to excellent effect, by Sony’s latest big-screen W5500 and V5500 TVs. 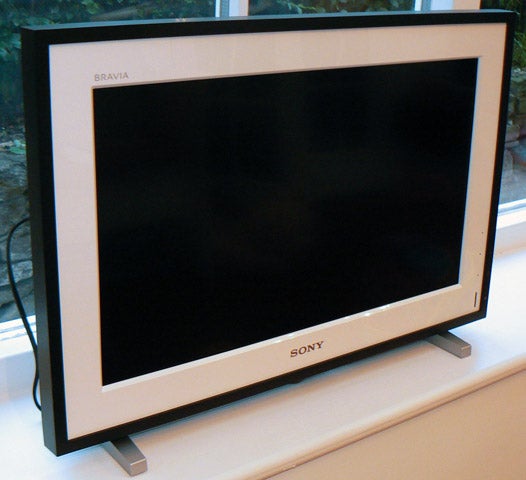 More good news finds the 22E5300 claiming a contrast ratio of 80,000:1, which is simply vast by the standards of the small-screen market, while its native resolution is an HD Ready 1,366 x 768. We guess this might seem slightly disappointing given that we’ve recently seen a £400 22in TV from LG, the 22LU5000, that delivers a Full HD resolution. But visible differences between a very good HD Ready 22in TV and a decent Full HD 22in TV are likely to be minimal at most.

In starting to assess the 22E5300’s pictures, I might as well say right from the off that it produces the finest pictures I’ve ever seen from such a small TV. By a country mile. For a start, they’re extremely dynamic and punchy, sidestepping the tendency towards dullness common with small screens, yet also delivering brightness without compromising contrast. 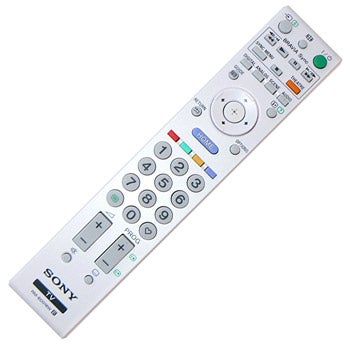 In fact, the set’s contrast is a revelation, thanks largely to black levels that look richer, deeper and just more natural than those of any other small TV to date. The night sky as Clint’s neighbour tries to steal his Gran Torino car in, well, ”Gran Torino”, suffers scarcely any trace of the greyness or blueness that would spoil the scene to some extent on any other small screen. There’s not even any obvious sign of the minor backlight inconsistencies noted with some of Sony’s current big-screen models.

As I’ve pointed out many times before, good black levels are usually accompanied by good colours, and the E5300 doesn’t let me down. For its palette is expansive, full of subtlety when it comes to blends and tonal shifts, and finally and most winningly, remarkably natural in tone – even when showing notoriously tough sequences like the one in the rebel army hut in Uganda near the start of ”Casino Royale”.

Yet more good news for the 22E5300 finds its pictures looking impressively crisp and sharp for such a small TV. HD images look clearly superior to standard definition, for instance – even though standard definition pictures themselves look cleaner, more detailed and more noiseless than usual thanks to the exemplary rescaling efforts of Bravia Engine 3.

Even a set as cutting edge as the 22E5300 can’t quite stretch to 100Hz within its spec. But the screen’s native response time turns out to be good enough to ensure that pictures really don’t suffer badly at all with LCD’s motion blur or judder problems. Even England’s latest rain-soaked efforts in The Ashes only betray relatively small signs of movement mush. There’s a tiny glowing halo around the ball as it speeds towards the boundary, but this really isn’t a big deal, and the same problem doesn’t affect the movement of larger objects. 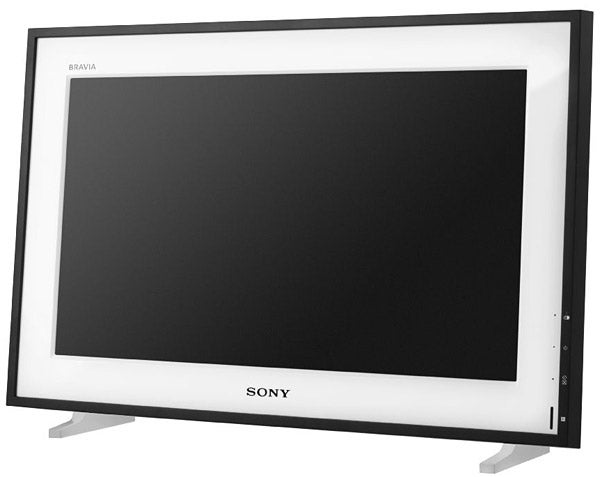 Looking for other picture problems, while HD pictures are sharp, I guess they could have looked slightly sharper still in a perfect world. Also, colour and contrast drop off a touch if you have to watch from much of an angle (in keeping with most LCD TVs). And finally, every now and then patches of really, really fine detail seem to shimmer and flicker a touch.

As for the 22E5300’s sound, its impressive-sounding 2 x 10W of audio power isn’t quite the revolutionary force I’d optimistically hoped for. But it is, nonetheless, markedly more powerful and dynamic than the vast majority of small screen rivals, able to present a movie action scene with good detailing, decent volume levels, and no distortion. All that’s missing is some significant bass to keep the sound range in balance.

The 22E5300 is actually quite a brave TV from Sony. For lavishing so much care and attention on such a small telly seems to be a costly labour of love that flies in the face of established wisdom regarding what the ‘second-room’ mass market really wants.

However, I for one really appreciate where the 22E5300 is coming from. After all, where’s the harm in offering the small TV market a genuine quality choice for people who can afford it, in the same way that’s commonplace in the big screen world?