Sony’s bloggie Sport is the latest in the company’s line of pocket Internet camcorders. Since Cisco killed the Flip brand it had spent so much money acquiring, some of the wind has gone out of the sails of this particular craze. But whilst it’s true to say that smartphones are eating into both compact camera and camcorder markets, and the writing is on the wall for pocket Internet models, there are still times when a smartphone just wouldn’t cut it. You’re not going to want to pull out your smartphone in the rain, or use it underwater, after all. That’s where Sony’s bloggie Sport comes in. 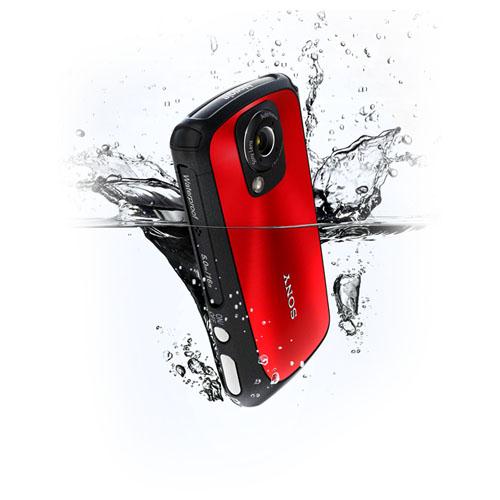 The Sport is waterproof to a depth of 5m. It’s also marketed as dustproof and shockproof, although Sony doesn’t quote any particular standards that the Sport conforms to, unlike Panasonic’s HM-TA20. Build quality does feel pretty rugged, with thick plastics and the odd panel of metal used throughout. But the door covering the ports is only held in place by a single sliding switch, rather than a multi-part locking system, so you could in theory knock it open accidentally. The sliding switch is reassuringly stiff, but we would have preferred an additional mechanism to guard against accident. The power button in the top edge (or right edge, depending on how you’re holding it) is also a little easy to press accidentally. 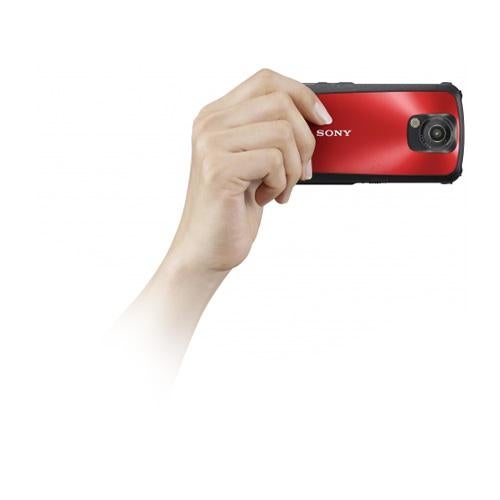 Sony is continuing with its slight variation on the pocket Internet camcorder theme, with the device intended to be used horizontally rather than upright, as with most other candybar models. It is still possible to use it upright, and there’s an accelerometer so the device can detect its orientation and switch the menus accordingly. But the video that you shoot will be HD in portrait orientation, which won’t play well on your HDTV unless you rotate that onto its side as well. Essentially, you’re meant to shoot video with the device in landscape orientation, although still images can be either mode. 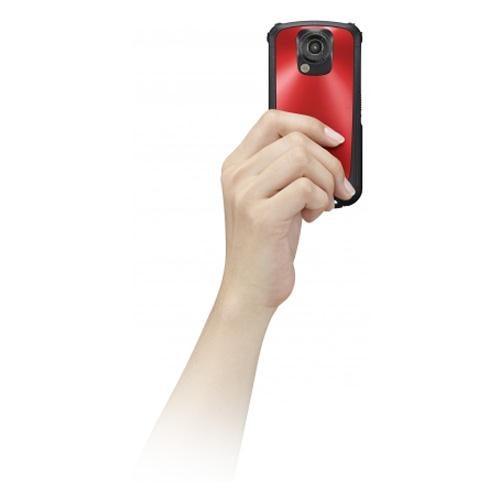 Strangely, although the onscreen buttons flip with orientation, the main menu can only be used in portrait mode. So as soon as you use the 2.7in touch screen LCD to call up the menu, for example to change the shooting resolution, the camcorder will need to be flipped to portrait mode. Video can be shot at Full HD (1,920 x 1,080) with 30 progressive frames per second, or 720p with 30 or 60 progressive frames per second. There’s also a Lite option, which shoots at 480 x 270 and 30 frames per second. Photos can be grabbed at up 5Mpixels in 4:3 mode, with a resolution of 2,592 x 1,944. There’s 4GB of memory on board, which is enough for around two hours of footage in 720p30 mode. 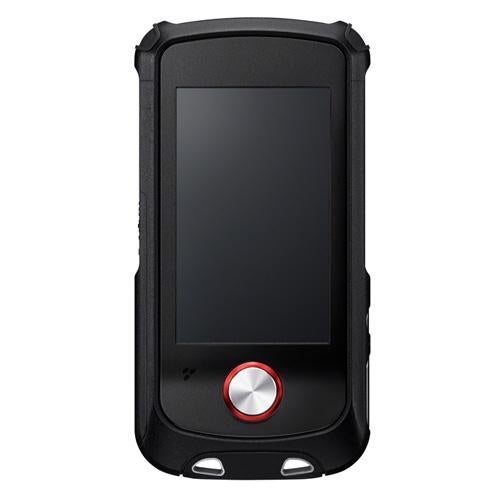 Being a pocket Internet camcorder, the bloggie Sport’s features and settings are few and far between. In fact, they pretty much entirely consist of an underwater setting and a built-in video light. The former adjusts white balance to compensate for the effects of water on colour. The video light is as limited in range as single-LED lights usually are, but it will still have its uses. There is also a 4x digital zoom, operated via touchscreen, but this will reduce image quality when used.

Unlike some ruggedized camcorders in this genre, the bloggie sport hasn’t sacrificed the built-in USB arm that characterised the Flip and its admirers. This is where the main unique feature of pocket Internet camcorders comes into play. It’s designed to make sharing your videos online as seamless as possible, although this still requires a surrogate host computer with an Internet connection. When you plug the bloggie Sport into a PC, an Internet browser window will take you online to install the PlayMemories Home application. This provides modest editing and disc burning facilities, as well as the all-important Internet uploading. 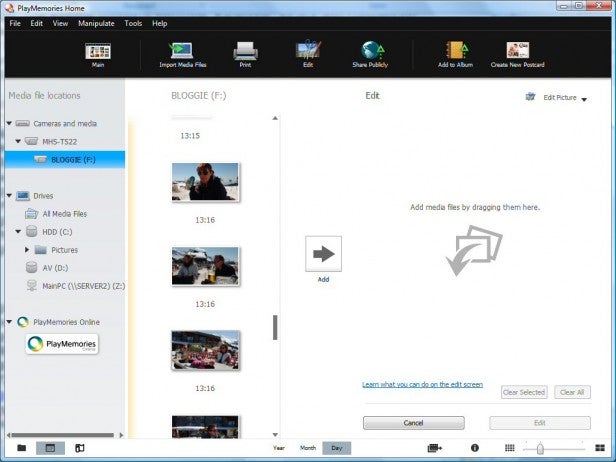 Again, unlike some camcorders in this genre, the bloggie Sport does have Mac software available, although it’s much more limited than the PC option. As before, a URL takes you to the application installer on Sony’s website, but this time for Share-It-Later for Bloggie. This has no editing ability; it has just one function – to work in tandem with the facilities on the camcorder itself. In media playback mode, you can select clips you want to share, and then which services you would like to share these on. The Bloggie supports YouTube, Facebook, Picasa and DailyMotion. Once you have selected your choices, the desktop computer software will prompt you for your login details, which can be stored for later use. It will then ask you to enter the various parameters for each of the services you have chosen, after which your files will be uploaded straight from the device. 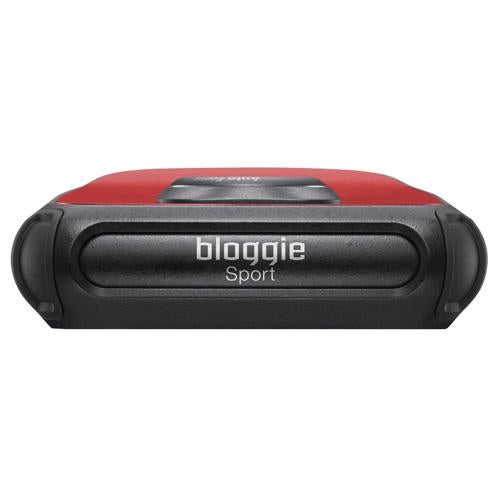 As we have come to expect from Sony camcorders, image quality is best of breed. The bloggie Sport incorporates a 1/4in CMOS with approximately 5Mpixels of effective resolution and Sony’s Exmor R technology, which is what most other manufacturers call back-side illumination. So not only is the sensor slightly larger than the budget end of the regular camcorder market, but the Exmor R technology will also provide a welcome boost in low light. Indeed, the bloggie Sport shoots more richly coloured footage than other pocket Internet models, with a good level of detail. Performance in poor illumination is particularly impressive, with a grain-free and bright image maintained down to a respectably dim level of lighting. This is an area where pocket Internet models usually punch above their price, and Sony’s bloggie Sport goes that little bit further still.

Sony’s bloggies have never quite been the value option. If you want a decent waterproof pocket Internet camcorder, then Samsung’s W200 is very keenly priced, Polaroid’s X720 even more cost effective, and then Panasonic’s HM-TA20 and Kodak’s Playsport Zx5 are also both cheaper than the bloggie Sport. Features are also very limited, even for a camcorder of this type. But this is a typically solid Sony device, and of course image quality is top of the genre. So this isn’t the best choice if you’re looking for a budget camcorder, but at least the video performance warrants the price.