The BDV-E370 is Sony’s latest entry-level Blu-ray home cinema system. At first glance, it’s a straightforward one-box affair, but there’s more to it than meets the eye – thanks to a software update available at Sony Support, this system can play 3D Blu-ray movies when paired with one of Sony’s 3D TVs and active shutter glasses. That makes it a potential rival for Samsung’s brilliant HT-C6930W system, and a much cheaper one at that.


Stuffed into the box is a central control unit, which fuses together a Profile 2.0 Blu-ray player and 850W 5.1-channel amplifier, as well as five compact satellite speakers and a passive subwoofer. The main unit isn’t the most attractive Sony has ever designed, with a chunky shape and dull black finish making it disappointingly anonymous, but the recessed underside and gently glowing white light are pleasant touches.

The rear panel is busy, although the lack of HDMI inputs will annoy anyone who wants to channel other HD devices though this system. The HDMI output is version 1.4 and therefore compatible with Full HD 3D video signals, and alongside it you’ll find component and composite outputs, two digital audio inputs (one optical, one coaxial), analogue stereo input, an Ethernet port and a second USB port. A set of coloured speaker plugs correspond with the matching cables for easy installation. If you want to reduce clutter you can make the rear speakers wireless by purchasing Sony’s S-Air transmitter and receiver.


Another optional extra is the £70 UWA-BR100 wireless LAN adapter, which plugs into either USB port on the rear panel. This makes it possible to access the wide range of networking functions (more on these later) without the need for a clumsy cable. Unsurprisingly, cheaper non-Sony dongles won’t work, forcing you to buy Sony’s version. When you factor this adapter and the S-Air equipment into the overall price, Samsung’s HT-C6930W starts to look like better value with its built-in Wi-Fi, supplied wireless rear speakers and 3D readiness out of the box.

The 225mm-high front and rear speakers are robustly built, attractive and easy to install if space is tight. They’re coated in a gloss black finish and sport springclips on the back for the cables. The centre speaker’s long, thin casing is discreet, while the cube subwoofer’s plain black finish and surprisingly solid build put it in a different class to most other all-in-one subs.


Like the latest systems from Panasonic and Samsung, the BDV-E370 provides a range of on-demand content, courtesy of the BRAVIA Internet Video feature. Zip to the Video section in the home menu and you’ll find a list of catch-up TV services, including Demand Five, BBC iPlayer (which only appeared after a software update), Eurosport, Blip.tv, LoveFilm, YouTube, Dailymotion and more. This choice of web content puts Panasonic and LG to shame in terms of quantity and quality – only Samsung’s Internet@TV comes close – and it’s great to see that you can watch clips from Dailymotion in HD (although they still look noisy).


We watched a few programmes on each service and encountered few problems, although some episodes of ”Cowboy Builders” on Five refused to load, telling us that the ‘network is down’ – but that may have been a blessing in disguise. What we love most is that you don’t have to be a tech boffin to enjoy these features, thanks to the smooth, uncomplicated onscreen displays.

Rummaging around the Home menu unearths more treats, such as DLNA media streaming from a laptop or PC. Enable media sharing and your computer’s name appears in the music, video and photo menus – simply select it and you can search your PC’s media folders. The list of supported formats isn’t as wide-ranging as Samsung or LG’s systems, but all the common formats are covered.


Also under the Music menu is a service that allows you to watch concerts by the Berliner Philharmoniker, although this is a premium service that requires online registration. It’s joined by the National Public Radio service, a series of radio programmes from stations around the world. Don’t forget that the network connection can also be used to stream or download BD Live content linked to Blu-ray discs. Chuck a built-in FM radio tuner into the mix and we don’t think you’ll be getting bored any time soon.


Elsewhere there are even more features to discover. The front and rear USB ports allow you to play digital media from MP3 players, iPods and other memory devices. The system supports a variety of formats including DivX, MPEG-1/2/4, WMV9, MP3, WMA, AAC and JPEG as well as AVCHD from discs. 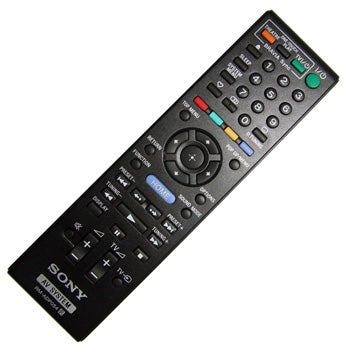 There’s built-in decoding for Dolby TrueHD and DTS HD Master Audio, and the Entertainment Database Browser with Gracenote looks up track information and cover art when you insert a CD, although you have to be connected to the internet. You also get a range of sound EQ modes, D.Bass for boosting low frequencies and a selection of picture settings including various noise reduction modes.


Rig up the system for the first time and Easy Setup runs you through the key options to save you having to go back and set them later. Then you can plug the supplied microphone into the back of the main unit and launch the Auto Calibration mode, which tweaks the sound to suit your room’s acoustics.


The onscreen menus are beautifully presented in a slick, modern design. The Home menu uses the Xross Media Bar layout, used to great effect on Sony’s standalone players and the PS3, which is incredibly easy to follow and scrolls from option to option with pleasing urgency. It’s been around for a while now but the use of intersecting axes still feels fresh and innovative, even with the improvements made to rivals’ operating systems.


The Quick Start mode boots up the system in a few seconds, but when activated the system requires more power in standby. As for disc loading, it took an astonishing 35 seconds to close the tray and load Terminator Salvation, one of the fastest times we’ve clocked.

Video performance is solid as a rock. The BDV-E370 passes the Video Resolution and Film Resolution Loss tests on the Silicon Optix HQV disc with flying colours, converting the tricky cadences without any nagging artefacts. It masterfully reproduces the moving diagonal lines in the Jaggies test, keeping stepping and judder at bay. Superb.


The BDV-E370’s sound isn’t as brash as recent systems from Samsung and Panasonic. It’s a little more laid back, which actually makes for a more enjoyable listen. And that’s not to say it lacks muscle – the system belts out ”Hellboy II’s” DTS HD MA track with loud, gutsy fervour – but there seems to be more control and smoothness in the high-frequencies and greater midrange authority.

Hellboy’s scrap with the Elemental is a wonderfully sparky encounter through this system, with crisp effects scattering around the expansive soundstage and plenty of attack behind the constant crashes and smashes. It doesn’t neglect subtle details either, from the gentle tinkling of broken glass to the musical nuances of the score.


Its weak link is bass reproduction. The subwoofer falls into the same trap as many passive all-in-one system subs, sounding too boomy and overpowering the other speakers during energetic action scenes. During quieter passages it’s much more sympathetic, offering extra depth and atmosphere, but when the action hots up you’ll be tempted to turn it down.


However, the BDV-E370 is better with music than you might expect. There’s an openness and clarity to the sound of stereo CD playback that makes for a rewarding listen, and the sub suddenly seems more nimble and responsive. Our reference separates blow it out of the water, but by one-box system standards it’s an impressive effort.


Taking the BDV-E370’s features, performance and ease of use into consideration, you can’t fail to be impressed. There’s a style and slickness behind everything it does, and most pleasingly it delivers better sound quality than most of its similarly priced rivals.


On the downside, it’s lacklustre in the looks department, the subwoofer is flawed and the need to buy optional extras for some of the most appealing features bumps up the price nearer to that of the Samsung HT-C6930W, another 3D-capable system that offers the same features as standard. But if you can do without Wi-Fi and wireless rears then this is great value, particularly if you’re hoping to join the 3D revolution sometime in the near future.