Sony is yet to launch an Ultra HD Blu-ray player and might not do so until 2017, so in the meantime we’ll have to make do with its latest ‘regular’ Blu-ray player, the BDP-S6700. It may not play UHD Blu-rays but it will upscale regular Blu-rays and DVDs to 4K, as well as offering a wealth of other features like video streaming, DLNA and Bluetooth. The BDP-S6700 replaces the BDP-S6500 and sits one step below Sony’s new premium deck, the £400 UHP-H1. 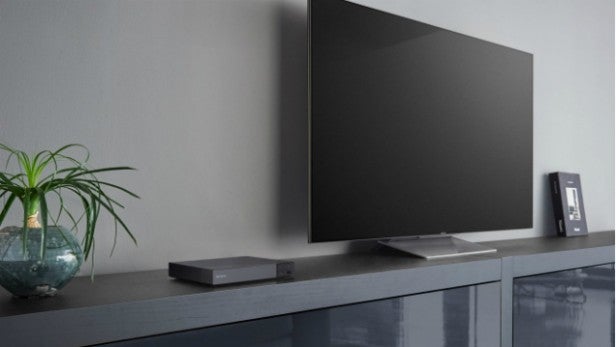 The BDP-S6500’s design and build quality were somewhat underwhelming, and very little has changed on this new model. It sports the same tasteful black styling and slim dimensions as its predecessor, with a similarly plasticky bodywork.

None of this is surprising – no point wasting R&D cash on Blu-ray with a next-gen player on the way – but it’s not brilliant for £150. The fascia feels plasticky and the disc tray flap sounds rickety as it pops out.

There are a few nice touches though, such as the secure aluminium top cover and the brushed, dappled and glossy panels on the fascia, which break up the black-box monotony. What’s more, the remarkably compact bodywork (xxmm wide) makes it easy to accommodate in your AV rack.

A pair of buttons on the right control eject and standby. Below them is a USB port, which allows you to plug in a flash drive and play music, video and photo files. The back sports the trademark budget Blu-ray socket selection – HDMI, coaxial digital and Ethernet. 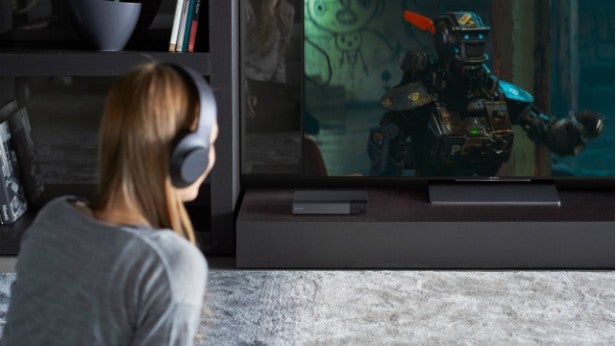 On the wireless side there’s built-in dual-band Wi-Fi and Bluetooth, the latter allowing you to enjoy movies privately through headphones – complete with Sony’s quality-boosting LDAC codec. The Wi-Fi module inside this player features a multi-antenna design and is positioned to deliver the strongest signal. The benefit, says Sony, is smooth video streaming and responsive browsing.

The BDP-S6700 does everything you’d expect from a Blu-ray deck. As well as 2D Blu-ray, it spins 3D discs, DVDs and CDs, although there’s no support for SACD or DVD-Audio. It handles Dolby True HD and DTS HD Master Audio of course, as well as MP3, AAC, WAV, FLAC, ALAC and DSD. On the video side you can play MKV, WMV and AVCHD via Wi-Fi and USB.

The most interesting stuff is accessed through the deck’s internet connection. You can visit a variety of streaming services, including Netflix, BBC iPlayer, Amazon Video, Demand 5, BBC News, YouTube and Spotify, plus around 20 lesser-known apps. A decent, if not exhaustive selection – ITV Hub and All4 would have been nice.
.
The BDP-S6700 can also be used as part of a multiroom system, streaming CDs and USB music to speakers in other rooms using Sony’s SongPal Link smartphone app. The deck is also DLNA compliant, which means you can play media files from PCs and NAS drives on your home network. Miracast screen mirroring displays your smartphone on your TV.

Sign up to Sony’s PlayStation Now service and you can play a wide selection of games on the BDP-S6700, streamed a from a cloud-based platform. You’ll need a wireless DualShock 4 controller.

Fire up the player and you’re greeted by the same simple, welcoming home screen as last year’s players, based around a series of tiles. You can easily add or remove your favourite apps for quick access – to search the full selection click on ‘All Apps’ at the top.

Three more tiles on the home screen let you access the loaded disc, connected devices and screen mirroring. The thorough setup menu is accessed at the top of the screen. Weirdly, the Media Server option (for DLNA playback) isn’t on the home screen by default and has to be added manually.

That aside, the streamlined menu design makes it remarkably easy to find the content you’re looking for, which continues when you start exploring DLNA devices. The clear, uncluttered menu structure lists your albums and songs clearly and scrolls through them surprisingly quickly too.

In fact, whether you’re flicking between menus or exploring online content, the deck’s operating system is remarkably quick thanks to the dual-core processor and dual band Wi-Fi under the bonnet. It also boots up in a few seconds and loads Blu-ray discs quickly, with most platters starting playback within 20 seconds. 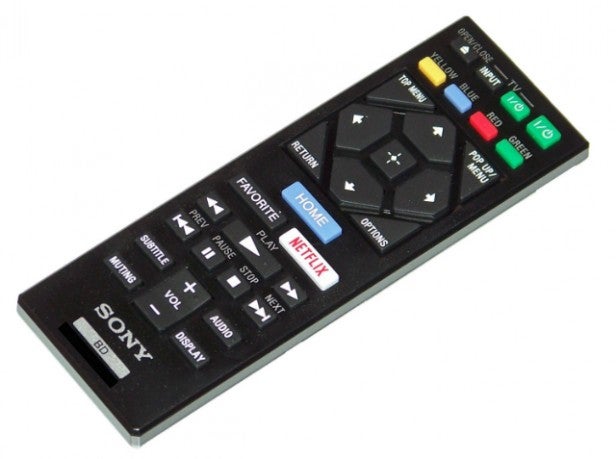 There’s an excellent remote in the box, with thoughtfully arranged rubber keys and clear labelling. The perfectly placed direction pad makes menu navigation a cinch, while dedicated Home, Bluetooth and Netflix buttons come in handy. Its compact shape sits comfortably in your hand. Top marks all round.

Alternatively you can use Sony’s TV SideView app to control the player, browse an online EPG, watch YouTube videos or access DLNA content. I like the clean, simple layout and didn’t have any problems making it talk to the deck.

For all the razzle dazzle elsewhere, the BDP-S6700 doesn’t lose sight of its main job – namely making your Blu-ray collection look as good as possible.

Load up Star Wars The Force Awakens on Blu-ray and the Sony’s competent 4K upscaling makes the disc’s gorgeous transfer really shine. The images are remarkably sharp and punchy due to the stable detail, bold colours and deep blacks.

Jakku landscapes are drizzled in fine, sandy textures, plus you can see the painstaking detail on the costumes and faces of creatures at Niima Outpost. Every object is focused, sharply drawn and almost three-dimensional.

There’s a gorgeous sense of depth and solidity to the image, which hits home when Rey and Finn board the Millennium Falcon. The faithfully recreated interiors look chunky and textured, enhanced by the player’s smooth tonal gradation and punchy blacks.

Meanwhile darker scenes aboard the Star Destroyer have a rich, cinematic character, staying true to the look JJ Abrams wanted by shooting on film. The lights on the consoles punch through the murky background and Phasma’s chrome suit gleams.

Of course, having seen what UHD Blu-ray has to offer – wider contrast, better colours, greater detail – Blu-ray is no longer the pinnacle of picture quality. But if you’re not ready to make the move then the Sony’s upscaled 4K pictures certainly make a superb stopgap.

On a final note pair of presets adjust the settings for daytime and night-time viewing, accessed by pressing the ‘Options’ button on the remote.

If you’re not quite ready for Ultra HD Blu-ray and want a good quality 4K upscaler to fill the gap, then the BDP-S6700 is a terrific choice. It sends crisp, punchy hi-def pictures to your TV while offering a generous range of features and a slick, welcoming operating system. The slim, compact design makes it perfect for bedrooms.

More catch-up TV apps wouldn’t go amiss and build quality could be better for the money, but in all other respects, the BDP-S6700 is pretty much as good as budget Blu-ray players get.

The design could be better, but otherwise the BDP-S6700 is a terrific Blu-ray deck with generous features, impressive pictures and a fast, user-friendly operating system.