The BDP-S6500 is Sony’s range-topping Blu-ray player and the successor to last year’s BDP-S6200. At £150 it’s pricier than your average player but it gets you a full set of premium features, including 4K upscaling, built-in super Wi-Fi and network streaming.

The BDP-S6500 is an unspectacular player, sporting all-black bodywork that slips into the shadows of your AV rack. Sony has attempted to jazz up the fascia with glossy, brushed and dappled plastic panels, but from the sofa it just looks like a black box. It’s a shame Sony hasn’t made some attempt to differentiate this top-end deck from its cheaper models but it’s not a deal-breaker.

Like the rest of the range the BDP-S6500 is a slim, compact player, measuring 255mm wide by 39mm high. That’s a godsend if space is tight. Sadly the deck also shares its stable mates’ flimsy build quality, which is forgivable on an entry-level player but at this price I’d expect better.

The fascia sports standby and open/close buttons on the right-hand side above the USB port. A tiny light inside the power button glows green when the deck is switched on and disappears when switched off. The rest of the fascia is taken up by a plastic flap that drops down when the disc tray opens and snaps shut when it closes. Luxurious it is not.

The back panel is sparse, offering HDMI and coaxial digital outputs alongside an Ethernet port for those who want a wired web connection. This line-up should suffice for most users, but if you need a second HDMI output to feed a second display or analogue sockets for legacy amps then you’ll need to save up for a high-end player.

Naturally for a top-end player the BDP-S6500 is rammed with features. The headliner is customised 4K upscaling, which boosts Blu-ray and online content up to UHD resolution on a compatible TV. 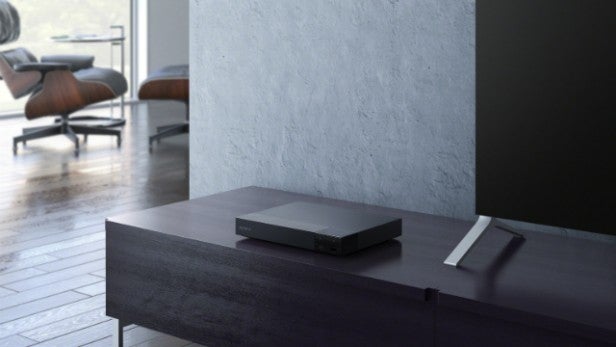 The deck’s super Wi-Fi connection uses a multi-antenna design and places the chip module at the front to maximise signal strength and improve streaming stability.

It’s by no means the best selection on the market – Samsung’s BD-J7500 throws in All 4 and ITV Player, while LG’s BP550 adds Spotify and Now TV – but on the whole it’s a decent selection.

The deck’s DLNA compatibility lets you stream music, video and photos from PCs and NAS drives on your home network. The range of playable formats is impressive. I was able to stream hi-res FLAC files and MKV videos – formats that prove tricky for some players – as well as MP3, WMA, AAC, WAV, XviD and AVCHD. You can also play the same formats from USB storage devices.

Fresh out the box, the BDP-S6500 launches the Easy Initial Setting wizard. It runs through language, quick start mode and Wi-Fi setup options, saving you the hassle of doing it later. It scans for Wi-Fi access points and asks you to enter your password using the responsive onscreen keyboard.

Once set up, the BDP-S6500 is a joy to use, due in no small part to the dual-core processor that whizzes through menus and loads apps in a flash. DLNA navigation is particularly impressive – the deck zoomed through my server’s folder structure swiftly and started playing large videos and hi-res tracks immediately. The logical layout has echoes of the old Xross Media Bar, while the Now Playing screen displays track details clearly. 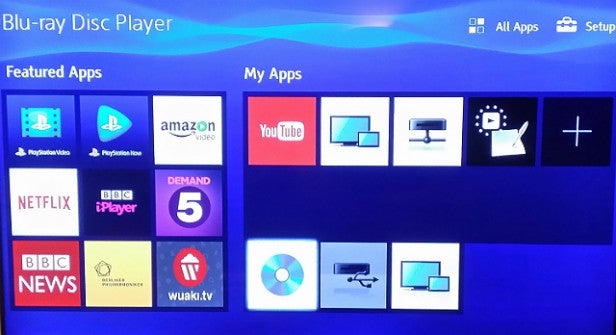 Sony has dispensed with the Xross Media Bar that served it so well for years in favour of a simpler menu system. It’s a slick, friendly interface, likely to appeal to Blu-ray veterans and newcomers alike. Everything you need is right there on the first page.

The apps and menu tiles are arranged into two grids labelled Featured Apps and My Apps. You can easily add or remove apps to the latter using the Options button on the remote. At the top of the screen are two options – All Apps (which displays the full range of content) and Setup.

The Options sidebar menu can be accessed during disc playback. Here you can choose from two presets – Brighter Room and Theatre Room – but I stuck with the Standard setting.

The Sony ships with a compact remote, the same one supplied across the range. Its large, responsive rubber buttons and thoughtful layout make it pleasant to use. The menu control keys take centre stage, with clearly signposted Home and Netflix buttons below them. My only criticism is the lack of backlighting to aid navigation in the dark. 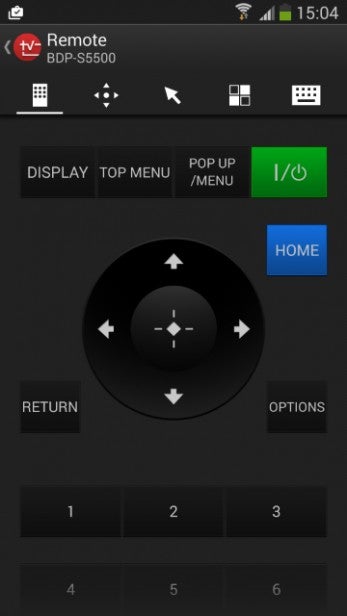 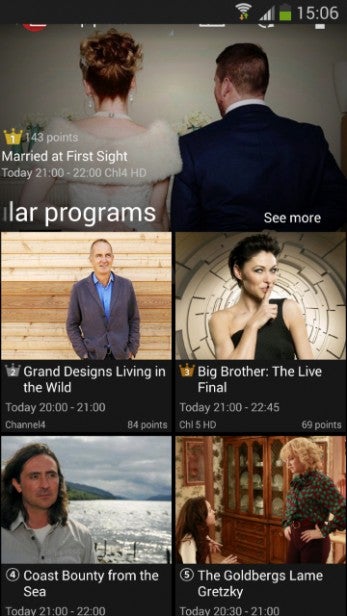 Alternatively you can also use your smartphone as a remote by downloading Sony’s TV Side View app. This basic but likeable app lets you control the player, browse an online EPG, watch YouTube videos and access DLNA content. The clean, simple layout is easy to explore and the software interacts with the player seamlessly.

Operating speed is fast thanks to the dual-core processor, while the Quick Start mode boots up the player in less than a second – although it consumes more power in standby when the mode is activated.

Disc loading is also quick, with most Blu-ray platters taking 15-20 seconds to start up. Only Terminator Salvation and The Amazing Spider-Man 2 took longer.

I really can’t fault the Sony’s picture quality. With Avengers: Age of Ultron in the tray it delivers astonishingly sharp and punchy images, packed with fine detail and texture.

You can make out individual strands of Thor’s hair and pockmarks on Stark’s face during close-ups inside the Iron Man suit, all flawlessly upscaled by the deck’s 4K processor.

As Hulk and Hulkbuster go toe-to-toe, shots of decimated city streets contain a cornucopia of detail, from shattering shards of glass to the bulging veins on Hulk’s biceps. It’s a feast for the eyes.

Blacks are deep and contrast levels are spot-on. As Stark investigates the Hydra base at the start of the movie, you can make out the features of the Chitauri spacecraft looming in the shadows, while Loki’s sceptre glows brightly against the murky background.

The deck does a fine job with the movie’s vivid colour palette. The blues and reds of the Avengers’ outfits look punchy but not garish, while subtler tones are utterly believable. Moving objects and camera pans are smooth.

The BDP-S6500 also gives lower quality video sources a new lease of life. Upscaled DVD pictures are inevitably softer but look clean and solid thanks to the lack of distracting artefacts.

I also played the teaser trailers for Star Wars: The Force Awakens from YouTube (beamed from an Android smartphone via Google Cast) and they boast a wonderfully dense, cinematic quality.

Non-HD clips have a gauzier look about them, but edges are clearly defined and colours are vibrant – IP Content NR Pro does a terrific job in this respect.

I also checked out some football highlights and was impressed by the crispness and stability of the images, despite being packed with loads of fast moving players. There’s a bit of flickering around the ball as it travels and some judder on quick camera pans but it’s perfectly watchable. 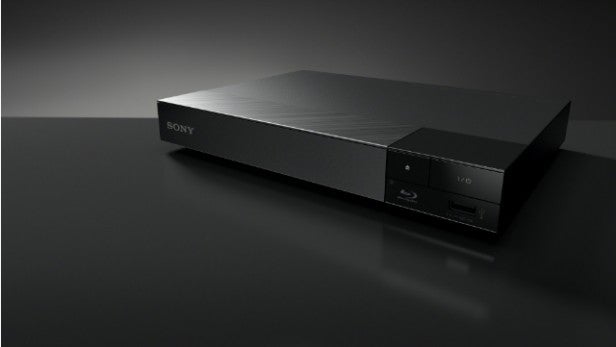 Punchy pictures, loads of features and easy operation – just three reasons why the BDP-S6500 deserves a place on your shortlist.

Onscreen presentation is first rate and the built-in super Wi-Fi ensures fuss-free streaming of media files and web videos. In terms of operation and picture performance, Blu-ray players don’t get much better.

The only negatives concern the plasticky bodywork and plain design, which could have been better for the money. And if you’re hoping to use the player to watch catch-up TV then the Samsung BD-J7500 offers a better choice, adding ITV Player and All 4.

The BDP-S6500 is a terrific Blu-ray player with 4K upscaling among its plentiful features, but rival players offer better catch-up TV content and more attractive designs