One thing we haven’t discussed in depth so far is the way using Android TV opens up the potential for an almost limitless number of apps to be added to Sony’s TVs by the highly active Android development community. Even now there are enough moments of genius to be found in the Android TV app ranks to make you excited for what might turn up as Android TV gathers momentum.

Pluto TV, for instance, brilliantly hunts down video on the internet and presents it in a form of electronic programme guide. 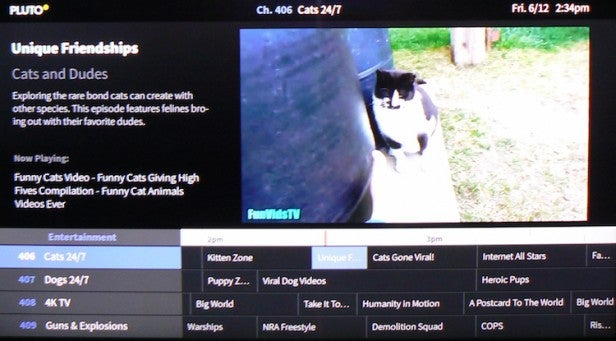 However, by the same token Android TV’s openness means that for every Pluto TV there could be a dozen far less able apps that ultimately just do nothing more than create clutter and ‘noise’, distracting you from the good stuff.

It’s no coincidence that other smart TV platforms seem to be realising that quality trumps quantity every time where Smart TV apps are concerned, leading them to apply tighter controls over what apps get onto their relatively closed systems – as well as more circumspect about how many content options they highlight on screen at any given time. Android TV goes in precisely the opposite direction to this more streamlined approach, though, and in doing so perhaps fails to understand that just trying to make a TV into a big smartphone doesn’t really work.

The ‘OneFlick’ smart remote you get with Sony’s Android TVs is a decent affair. Its touchpad area is handily large, rectangular rather than circular – and so a better fit for the shape of the screen it relates to – and offers just the right level of responsiveness, while the choices of which few buttons it carries seem well made. A point-and-click control system would have been the icing on the cake perhaps, but aside from not having a Netflix button we found little reason to go back to the main remote once we’d grown accustomed to the OneFlick. 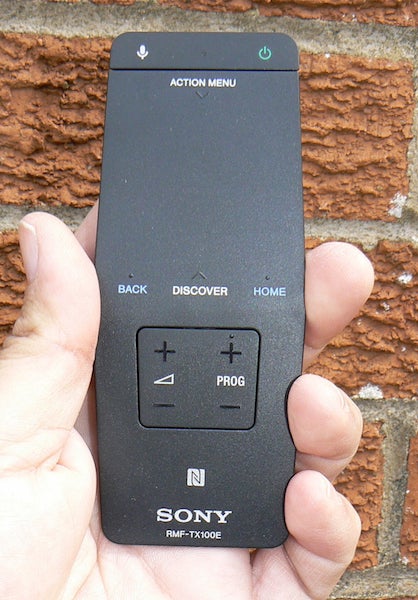 One final thing to consider here is the actual performance of the Android TV engine. On the upside the Android apps and menus load quickly and respond well and accurately to remote control navigation instructions. It’s also reasonably stable considering how early we are in its lifetime. We suffered a couple of crashes, but this isn’t bad considering how many hours we used the system for while compiling this test.

The only disappointing thing is how weirdly slow some other aspects of the TV’s functionality can be. The electronic programme guide and channel surfing options are both painfully sluggish, for instance.

Should I buy a Sony Android TV?

If Sony Android TVs only had the
Android TV platform on them, this would be a potentially awkward
question to answer. If you’re already an experienced Android user who
owns Android phones and tablets, then while even you will still likely
find some annoying issues with the Android TV platform in its current
form you’ll also really appreciate the way the platform harmonises with
your secondary devices.

If you’re not already a reasonably
tech-savvy Android/smart device user, though, you may well find Android
rather overwhelming, confusing and too interested in stuff that we
really don’t think typical TV users will be interested in. In fact, we
suspect that for many mainstream TV users Android TV could feel at least
as much like as much a step back for smart TV as a step forward.

Fortunately,
though, Sony’s Android TVs don’t just have Android. They also have the
catch-up simplicity of YouView and Sony’s own Discovery interface, which
offers a much more elegant, customisable and streamlined approach to
content finding than the Android system.

Android
TV by itself doesn’t feel like the future of television. In some ways,
in fact, it feels like a step back to a messier time when
people thought making TVs smarter meant making them more like
smartphones. Fortunately Sony’s latest Smart TVs also offer
additional tools in the shape of YouView and its own Discovery system
that let you enjoy a more streamlined smart approach while also being
able to cherrypick the best the Android community comes up with.