While the Sony Alpha A7 II is at the forefront of camera tech in some respects, it doesn’t actually alter the core sensor of its predecessor. The A7 II and A7 share the same 24.3-megapixel full-frame sensor, which uses an optical low-pass filter.

There’s a very strong trend these days to leave out the low-pass filter – it’s used to reduce moire noise but also gets rid of some detail. 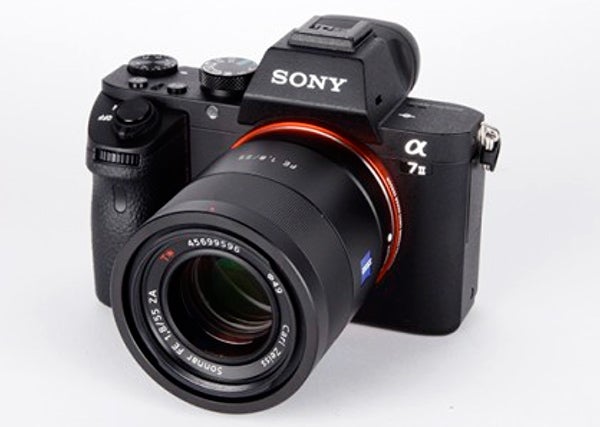 It’s not ‘cool’  to feature such a filter anymore, but the Sony Alpha A7 II’s results demonstrate you can do just fine with one installed. We found that at base ISO 100 it offers similar fine detail levels of 24-megapixel DSLRs like the the Nikon D750.

It is dynamic range that really impresses, though. In our lab tests it outperforms even the Nikon D810 at base ISO with a jaw-dropping result of 13.37EV. It’s the best we’ve ever seen from a full-frame sensor, and a smudge more than the original A7 despite having much of the same hardware. Keep an eye on metering and the Sony Alpha A7 II can maintain reams of detail in shadow areas. 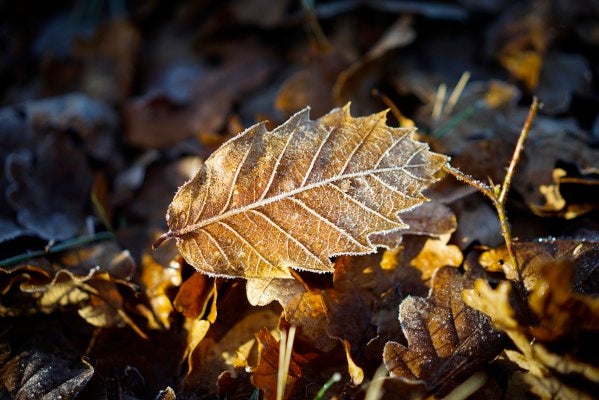 As you’d hope from a full-frame sensor, detail and dynamic range performance remains good throughout the low-to-mid ISO settings too. Results between ISO 100 and 1600 were virtually indistinguishable at times, and dynamic range stays above a more-than-respectable 12EV right up to ISO 800.

ISO 3200 and 6400 are highly usable despite visible luminance noise, and it’s only after ISO 3200 that dynamic range levels take a dive. 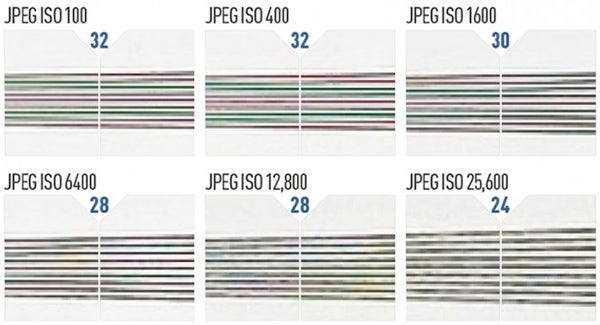 Detail levels start out on-par with the best 24MP sensors and it holds onto its detail right up to 12,800 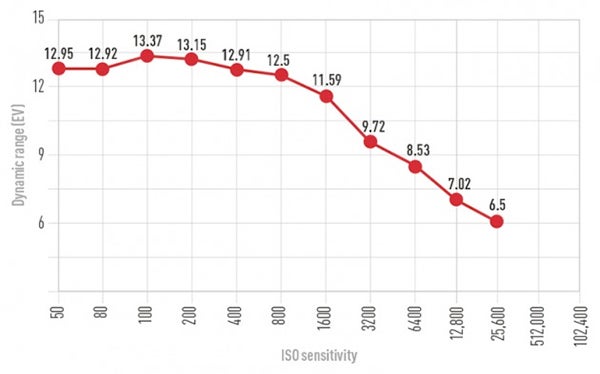 Choma noise doesn’t become an issue until 25,600, the very top of the Sony Alpha A7 II’s native 100-25,600 ISO range. There’s also an extended ISO 50 setting, but this will be prone to clipping highlights and shows lower DR than ISO 100.

Great ISO versatility married to the extremely effective 5-axis stabilisation makes the Sony Alpha A7 II perfect for shooting in more challenging lighting conditions without a tripod. It’s immensely capable. Of course, if shooting from day time into the night is your thing, it’ll really highlight that the camera’s 270-shot battery life isn’t good enough for many.

Still, the Sony Alpha A7 II’s shooting versatility outside of stamina bleeds into video too. The stabilisation gives footage a supremely smooth look, as if it has been mounted on a steadicam stabiliser.

While capture resolution still tops out at 1080p 60fps rather than 4K, the Sony Alpha A7 II does feature the XACV S codec, letting you record at up to 50Mbps. You can also record an MP4 file at the same time as a higher-quality one for easy sharing.

For those interested in serious video capture, the S-Log 2 mode is there to help you retain as much of the camera’s impressive dynamic range as possible – as usual with these modes, the footage won’t look much cop until it’s graded, though.

To top things off, the Sony Alpha A7 II has a 3.5mm jack to let you mount an external microphone, and the hotplate is right there on top to accommodate it. 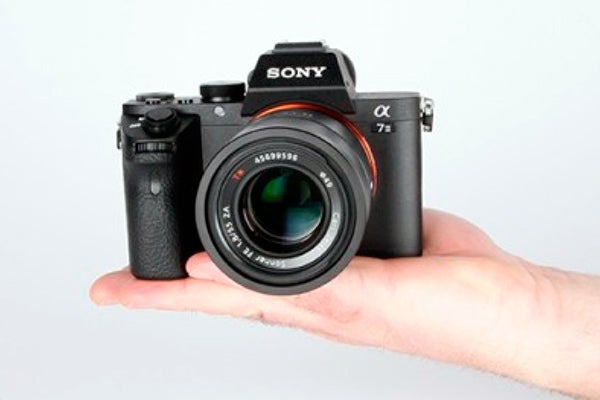 Should I buy the Sony Alpha A7 II?

The Sony Alpha A7 II is a significant upgrade to the Alpha A7, if not in every area. Highly effective 5-axis stabilisation and the new layout make it a more ergonomic and versatile camera.

However, it has a way to go to convince those who weren’t interested in the original Sony Alpha A7 II. Its battery stamina is poor without the VG-C2EM battery grip, the lens library is still limited and it’s a noisy operator among CSCs.

Cameras like the Nikon D750 still have a pretty convincing argument to counter the Alpha A7 II, and while the OIS is a massive upgrade over the non-OIS Alpha A7, it makes a pretty pricey upgrade. With resale prices of older models not looking too healthy, make sure you’ll appreciate the OIS fully before laying down any notes.

However, for all the quibbles that still exist, the Sony Alpha A7 II is capable of producing jaw-dropping images, and simply offers greater shooting flexibility than most DSLRs. For many, it’s a dream camera. For the pros, perhaps not so much thanks to its limited stamina.

Stabilisation and hardware redesign make this is big upgrade, despite sharing plenty of hardware with its predecessor.