Not too long after the A6300 was announced, Sony sprung the A6500 on the world. Sporting many of the same specifications of the A6300, the new camera is designed to be a premium version of the model, intending to appeal to high-end enthusiasts and potentially even some pro photographers.

So, while it has the same 24.2-megapixel sensor and the same focusing system, it now has a faster processor, 5-axis image stabilisation, a better buffer, a faster frame rate, and, at long last, a touch-sensitive screen.

The difference between the A6500 and one of the higher-end A7 cameras comes down to the size of the sensor (A7 models have full-frame sensors), but this should appeal to a similar audience nonetheless.

Of course, you pay a premium for all these extra features – with the A6500 seeing a significant price hike from its predecessor.
Related: Best cameras 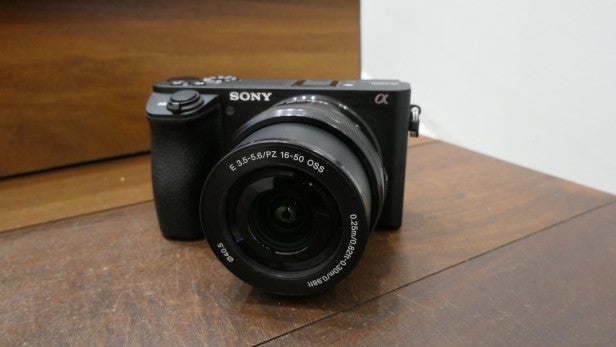 Sony Alpha A6500 – Design and Handling

To accommodate some of the extra technology inside the A6500, the camera is slightly bigger than its predecessor, but it’s still impressively compact.

For this review, I’ve been using a Zeiss 16-70mm f/4.0 lens, which is available to buy with the camera as part of a premium package. It’s a pretty large lens – you’ll find that you need to hold the camera with two hands for maximum comfort. 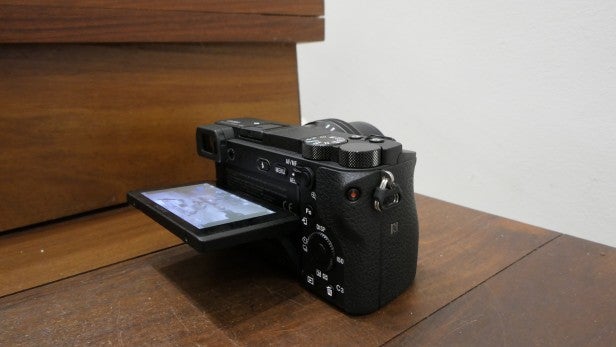 There’s a reasonably large protruding grip with rubberised coating on the front of the camera, and it feels very comfortable in the hand. On the top of this grip is the shutter release and on/off switch, which sits naturally beneath your forefinger.

Also on the top is a mode dial, alongside a couple of customisation buttons. There’s a second dial that offers different functions, depending on the shooting mode you’re in. For example, it adjusts aperture while in aperture priority mode. Just like the buttons on the back of the camera, all the top dials and buttons are on the right of the camera, meaning you have quick access with your thumb when holding the camera in just one hand.

There’s a decent array of buttons on the back of the camera, too, to help provide quick access to different settings. There’s a scrolling dial that features built-in directional keys. Each of these keys already has an assigned function, but you can change it to a different function to suit your way of working. There’s also a second, spare customisable button on the rear to join the two on the top of the camera. 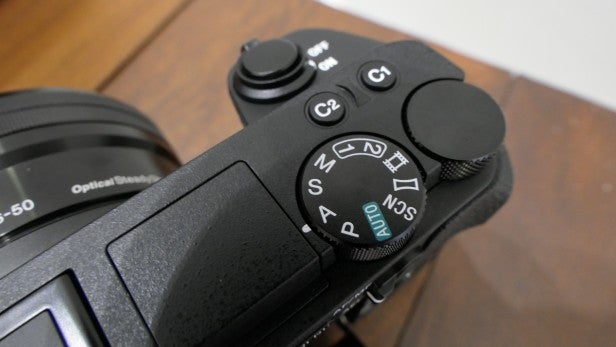 One particularly useful button is the function button (marked Fn). With it you can get quick access to a bunch of common settings that you might want to change regularly. Again, though, you can change all the options listed here, so if there’s something you don’t want, you can ditch it quite easily.

Although the array of buttons is useful, and provides decent control, they’re a little on the small and fiddly side, which could potentially put off any users with large hands.

Sony has redesigned the main menu somewhat for the A6500, but there are still plenty of menu options to go through and finding what you need to change can be unnecessarily difficult. It would be worth sitting down to study the menu before you start shooting in earnest.

Sony Alpha A6500 – Screen and Viewfinder

In the top-left corner of the camera is a viewfinder, which offers a bright and clear view of the scene in front of it. It doesn’t display any noticeable lag when you’re moving the camera around, and the sensor on the outside of the finder automatically switches between using the viewfinder and the screen.

The screen tilts so you can face it in a variety of awkward positions – however, the big news here is that Sony, at long last, has equipped one of its high-end CSCs with a touch-sensitive screen. For several years, Sony maintained the position that high-end users aren’t bothered by touch-sensitivity, but I have always believed them to be extremely useful. 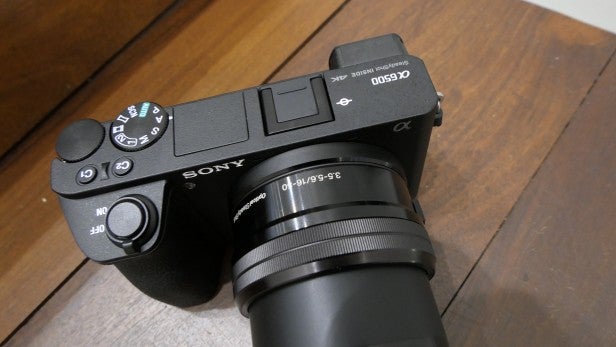 Sadly, you can’t use touch to set menu options, nor can you use it for swiping through images or pinching to zoom – so while Sony is half-way there, it could still be better. Here’s hoping that the feature goes down well and the company decides to roll out the touchscreen to the rest of its products; the Sony RX100 V, for example, would have been particularly improved by one.

We found switching the screen setting to “sunny weather” was particularly helpful when shooting outdoors; the automatic setting could render the screen almost unusably dim. Note that upping the brightness of the screen has a negative effect on battery life, though, so consider your options if you’re likely to be shooting outdoors all day – or invest in a second battery.