The Sony Alpha a6300 is a modern camera, one that doesn’t shy away from newer functionality – unlike some DSLRs. It has NFC, for example, which makes sending images over to a phone a little quicker. As usual, photos are transmitted using Wi-Fi.

A phone can be used to control the a6300 with the Sony Remote app too.

The a6300 is part of the growing army of cameras charged over micro-USB by default. Sony makes a separate “classic” battery charger, but one isn’t supplied in the box as standard. 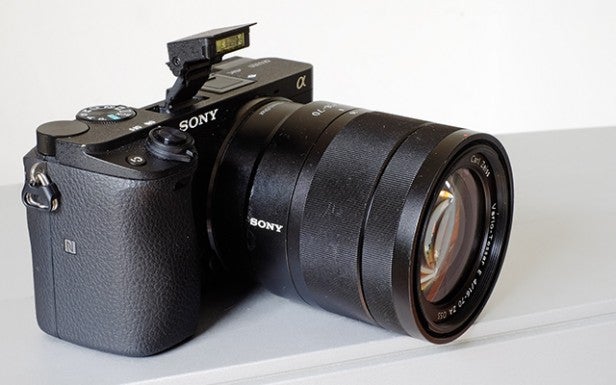 Battery life is fine but not notable: 350 shots using the viewfinder or 400 using the LCD. However, it is possible to charge the battery while using the camera if you pack an external unit. At one point I was shooting with the a6300 with a cable snaked from the device to a 10,000mAh brick in my back pocket.

Carrying a spare is still a better option, though, since the Alpha A6300 battery consumes power at a higher voltage than it charges. As a result, charging over USB takes a few hours.

Other notable features include a pop-up flash, micro-HDMI output, mic input and a hotshoe. There are only a couple of omissions. The Alpha a6300 doesn’t have GPS or a headphone output that’s used to monitor levels while shooting video. 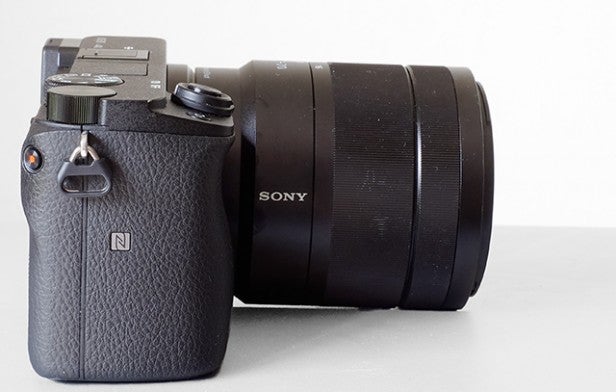 Sony Alpha a6300 – AF and Performance

Shooing performance is perhaps the main reason to pick the Alpha a6300 over one of the full-frame cameras you can get for around this price these days. At full resolution the camera reaches 11fps, with a buffer that lets you shoot at that speed for 45 frames’ worth of Fine-quality JPEGs.

Switching to JPEG+RAW, it lasts 21 exposures (42 files in total). For my uses, this sort of speed and buffer size is perfectly adequate, but serial action shooters may want to consider the Canon 7D MK II, which has a 31 RAW buffer, or a 1,090-shot JPEG one.

It takes around two seconds to go from “off” to taking your first shot – the official count is 1.4 seconds – and there’s virtually no shutter lag. 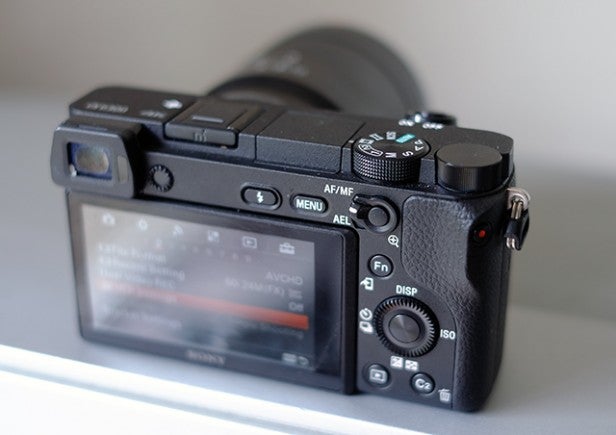 In daylight, the Sony Alpha a6300’s focusing is incredibly fast. It’s no surprise when you consider the spec. It has 425 phase-detection points that cover almost the entire sensor.

Since there’s no touchscreen here, you can either manually select a point using the D-pad controls or just use central focusing and whip the camera around as necessary. These DSLR-style approaches to focusing work well in a camera with enough bulk to make D-pad control feel good.

Even if the a6300 had touch focusing, I’d likely end up using the D-pad most of the time. Whether you’ll feel the same will depends on personal preference.

I’m impressed by the focusing reliability of the Alpha a6300 in all conditions, and manual focusing is catered for too. While the feel of manual will depend on the lens you use (I’ve been using the SEL1670), there’s highly customisable focus peaking and a focusing zoom aid.

Focus peaking highlights the in-focus parts of an image, making them show up as areas of white, yellow or red.

The only times that I found the Sony a6300 to be just good rather than great is in fairly poor lighting. I took the camera out to a basement bar gig one evening, and while it didn’t struggle to lock-on, focusing did take a full second rather than the near-instant focus possible in good lighting.

Claims of the “fastest” AF in the world are only remotely close to the truth in conditions where most cameras feel fast. 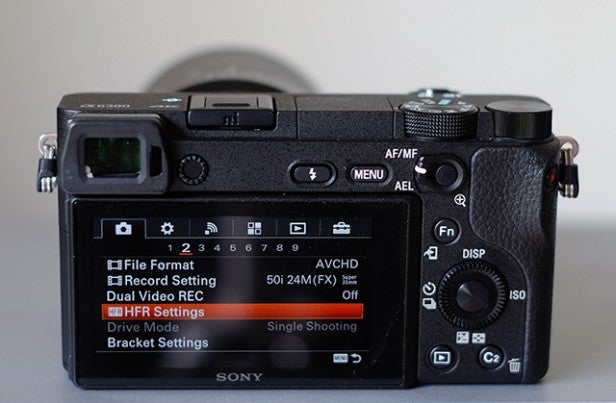 This was without using the focus aid light, of course. While useful, at times turning it on just isn’t appropriate.

Night shooting highlights the one feature that the Sony Alpha a6300 really misses. It lacks in-body image stabilisation, something Sony finally added to its higher-end CSCs with the Alpha A7 II.

I’ve been using the camera with an OIS lens, and having the flexibility to use slower shutter speeds without ending up with blurry images has been a big part of the appeal.

It seems as though future generations of this type of camera are likely to include in-body OIS now that it’s present in the Alpha A7 II – but don’t be too put off by its omission here. Just take a look at the E-mount lens range to ensure that what you’re after is covered; lenses marked “OSS” are stabilised.