Watching the strategies of the top players in the digital SLR market is like watching a game of chess with three sides, and the recent spate of product launches has shown some very interesting moves. Canon, the global market leader, has a comprehensive range covering the market with the entry-level 10-megapixel EOS 400D, the newly-announced 12.2MP EOS 450D and the semi-pro 10.1MP EOS 40D, as well as three full-frame professional cameras, the aging 12.8MP EOS 5D and the two EOS-1D MkIII variants, the 21MP EOS-1Ds and the high speed 10.1MP EOS-1D. Canon’s main rival is of course Nikon, which has three consumer-level DSLRs including the 6MP D40, the new 10.1MP D60 and the D80, also 10.1MP. For the semi-pro it offers the 12.3MP D300 , while professionals get the full-frame 12.1MP D3. 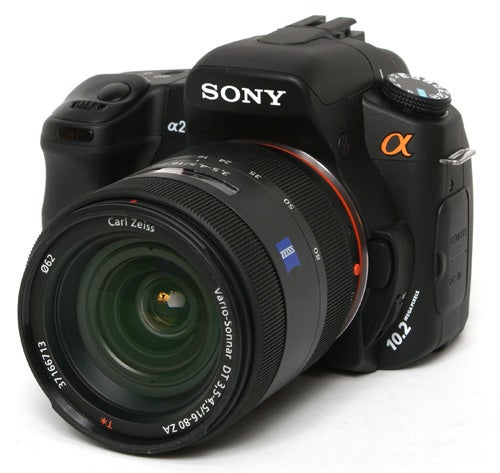 Sony is a relative newcomer to the DSLR market, but has already moved into third place in the global market, mainly on the strength of its first consumer-level DSLR, the impressive Alpha A100, launched in June 2006. The A100 offered a superior specification to the then-current Canon EOS 350D and Nikon D40, but at a lower price and with the advantage of built-in moving-sensor image stabilisation. Sony followed this up in September last year with the semi-pro Alpha A700, competing in the same market as the EOS 40D and Nikon D300. However Sony has recently announced three more DSLRs in quick succession. Most recently we have heard about the Alpha A300 and A350, which will appeal the the more ambitious amateur with a range of features including an articulated live-view monitor and, for the A350, a 14.2-megapixel sensor. News of these interesting new models has somewhat overshadowed the launch of Sony’s first new camera this year, the entry-level Alpha A200. 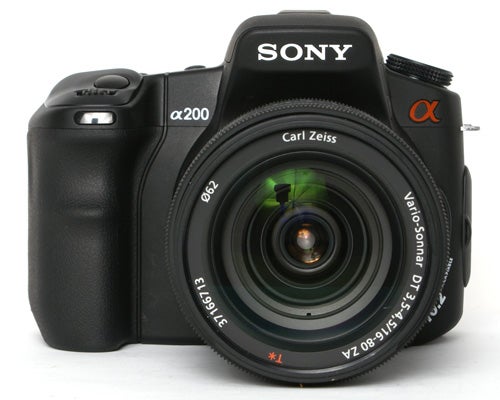 The A200 replaces the A100 as the base model in Sony’s DSLR range, and its launch signifies the start of a major effort on Sony’s part to grab a bigger slice of the lucrative DSLR market. While it sports the same 10.2-megapixel CCD sensor as the A100, in most other respects the A200 is a completely new camera. It features and improved Super SteadyShot moving-sensor image stabilisation system, improved Bionz image processor, faster focusing, faster shooting speed and a new more ergonomic body. 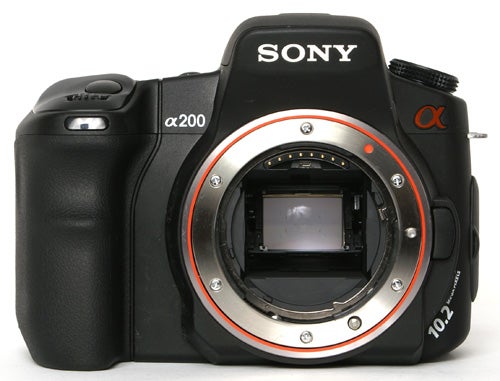 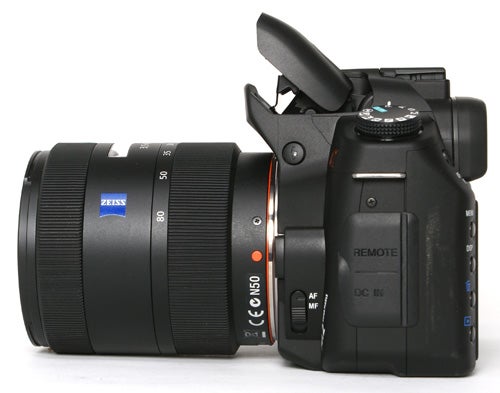 The design of the body is clearly based on the A100 , which in turn was based on the Minolta Dynax 5D, so it does have a certain pedigree. Although broadly similar, the shape has been softened somewhat, with wider-radius curves and a sloping top to the rear panel. The finish is a more matt shade of black than the A100, and that too somehow softens the appearance. The shape of the rubberised handgrip is the same at the front, but that shape-softening has resulted in a slightly smaller thumbgrip area on the back, and as a result the camera is not quite as secure and comfortable to hold. This is a little unfortunate, since the same body design is being used on the A300 and A350. 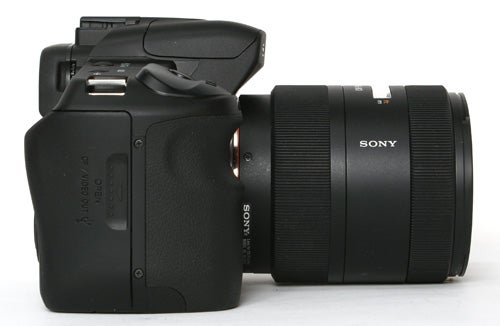 The most obvious external changes are seen in the control layout, which has been completely revised. The main mode dial has been moved from the right to the left side of the top plate, while the A100’s function selection dial has been replaced by a function button and on-screen menu. This makes the camera look a lot less complex, while still retaining the same level of control and range of features. ISO setting now gets its own button on the top plate, but other than that the position and function of the other buttons remains unchanged from the previous model. Other less obvious changes include the shutter release button, which now has a shorter travel and is a lot more sensitive, but has lost the very positive double action of the A100. The LCD monitor is also slightly larger, 2.7 inches rather than 2.5, and has slightly higher resolution, with 230,400 dots. One negative change is found on the underside of the camera. The A100 had a textured base, enabling it to fix securely to a tripod even when using a telephoto lens in portrait format. The underside of the A200 is smooth, and even has a couple of slippery labels around the tripod thread. I found I had to over-tighten the tripod retaining screw in order to stop the camera tilting when using the aforementioned zoom lens. Some things have remained unchanged, most notably the viewfinder. It has the same 83 percent magnification and 95 percent frame coverage, and is nice and bright. 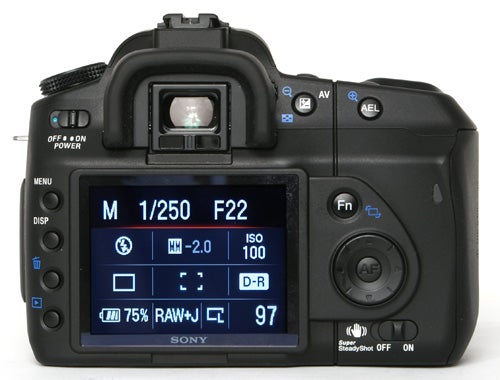 The A200 doesn’t add much to the A100’s feature set, in fact something has been removed. The main photographic features are unchanged, with 30-1/4000th of a second shutter speeds, multi-segment, centre-weighted and spot metering and multi-zone, centre or selectable AF. The main additions are an improved Bionz image processor chip now offering 3200 ISO maximum sensitivity setting and an improvement to the Super SteadyShot image stabilisation system, which now offers 2.5 – 3.5 stops of extra stability at low shutter speeds. The AF system has also been improved, with nine AF points and a cross-type centre spot, for faster and more accurate focusing. One very useful new feature is support for Sony’s InfoLithium battery technology. The remaining battery life is displayed as a percentage figure on the monitor, so you know exactly how long you can continue shooting. One very useful feature has been removed however. On the A100, when using the 2-second self-timer for shake-free tripod shots, the camera would raise the reflex mirror as soon as the shutter was pressed, so that any vibration caused by the mirror moving would not affect the photo. This mirror-up feature has been removed for the A200 for no readily explicable reason. Maybe it’s because the A200’s shutter release is a lot smoother and quieter than the loud clack of the A100, and produces less shake.

In terms of overall performance the A200 is a definite improvement over the A100. As with most DSLRs the A200 starts up in well under a second, and shuts down again almost instantly on power-off. The AF system is now much faster and more accurate, and is noticeably better at locking on quickly to low-contrast or poorly lit subjects, something that was a bit of a problem for the A100. It also spends a lot less time hunting backward and forward when focusing at longer zoom ranges. As a result of this and the improved Bionz sensor the overall shooting speed is significantly faster, averaging approximately 0.6 seconds from shot to shot in single frame mode. Continuous shooting speed is also much faster, able to maintain a consistent three frames a second to the limit of card capacity, which is comparable to the EOS 400D and Nikon D60. The improvements to the image stabilisation system are hard to spot, but Sony’s claim of an extra half-stop of stability seems to hold water. I was easily able to take hand-held shots using an 80mm lens at 1/10th of a second, which is about three stops lower than the unstabilised recommended speed. 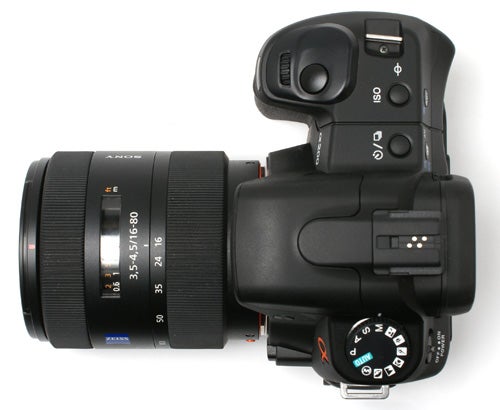 Improvements to overall picture quality are somewhat harder to quantify. As I’ve noted before, barring differences in lens quality there’s not a lot of variation in the level of fine detail between any of the leading 10MP digital SLRs, and the A100 was definitely no slouch in this respect. For the A200 the Dynamic Range Optimiser feature has been slightly improved, producing a wider range of highlight and shadow detail in high contrast shots, but since the A200 uses the same sensor as the A100, not surprisingly there isn’t much difference in total quality. Where there is a difference however is in high-ISO noise control. Early sample shots seen on the internet from the Chinese launch of the A200 in early January seemed to suggest an almost miraculous lack of noise in 3200 ISO shots, but as my test shots on the following pages will show, it’s not quite that good. It’s got nothing to be ashamed of though, producing virtually noise-free shots and 400 ISO, and only a tiny amount of mid-tone noise at 800 ISO. At 1600 and 3200 ISO noise is visible, but colour balance and exposure remain accurate and the shots are far from unusable. 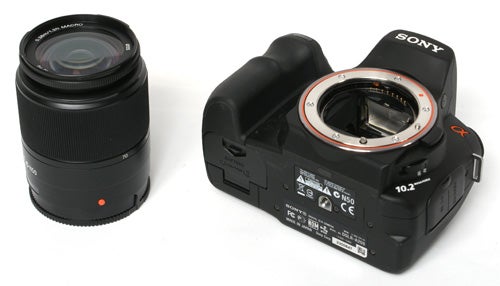 The software supplied with the A200 is the latest version of Sony’s Picture Motion browser and Image Data Suite. I’ve used the former before and find it to be reasonably easy to get along with once you’ve beaten it into submission by turning off the default calender-based browsing. Image Data Suite, used for image processing and converting the camera’s RAW files, is also reasonably good, and certainly a lot better than some other manufacturer’s efforts. It can also output directly into Adobe Photoshop, which is even better. 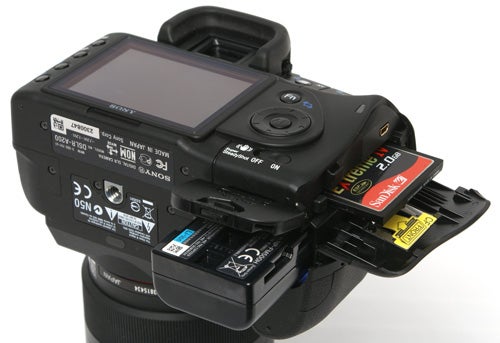 The Alpha A200 is an important model for Sony, since it is now the entry model for a growing DSLR system. It ticks all the right boxes, with an attractive and easy-to-use design, brisk performance and good picture quality. Its feature set will leave advanced amateurs and semi-pros wanting more, but that’s pretty much the idea of an entry-level camera. For the price it offers a comprehensive package for the first-time user with very few problems. Could Sony overtake Nikon this year? 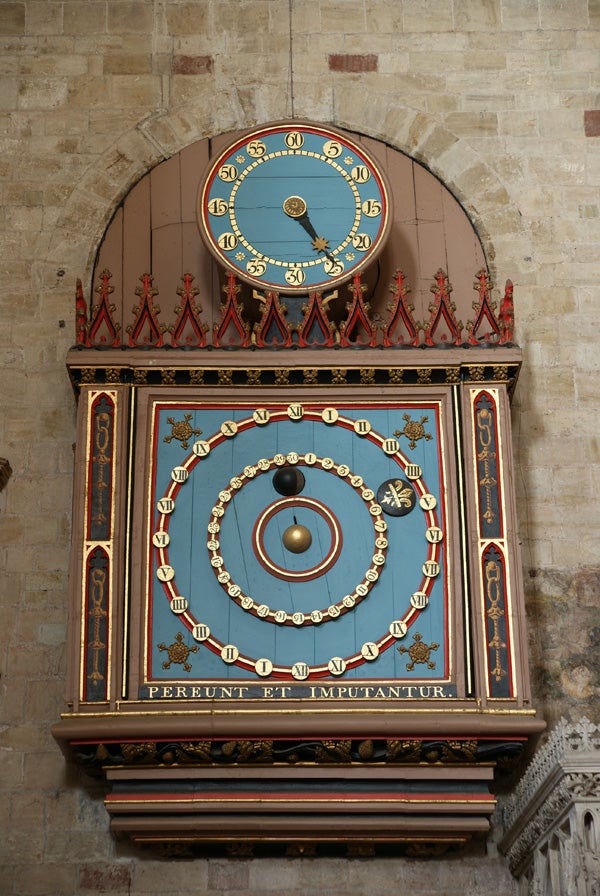 This is a full-frame image at 100 ISO. All of these ISO test shots were taken in JPEG fine mode. 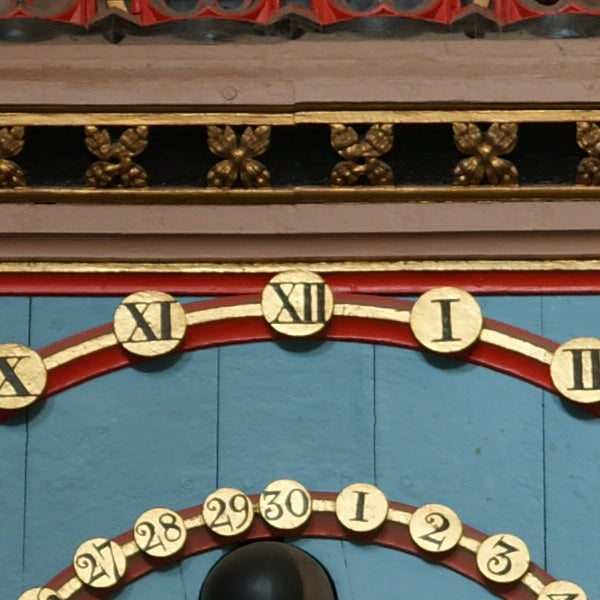 Picture quality at 100 ISO is superb, with no noise, plenty of detail and perfect colour reproduction. 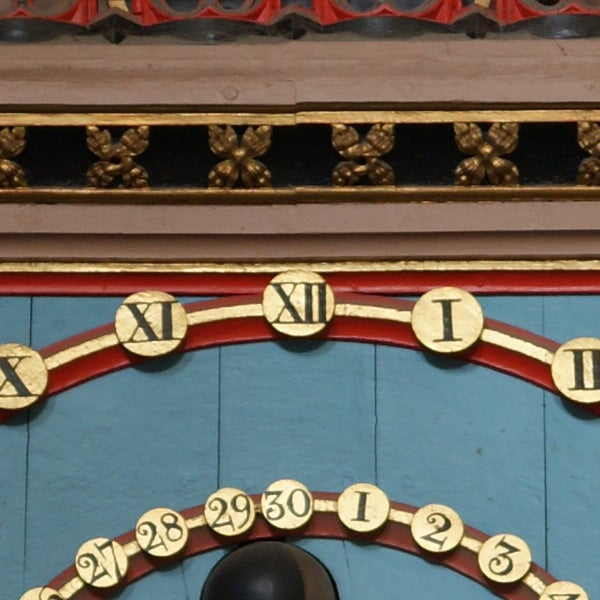 There is no visible difference at 200 ISO. 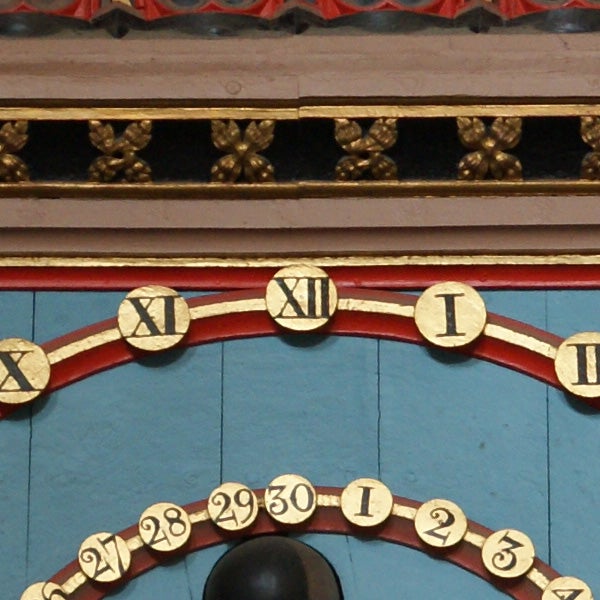 400 ISO also produces superb results, although there is a little fine-grained noise in the darker mid-tone areas. 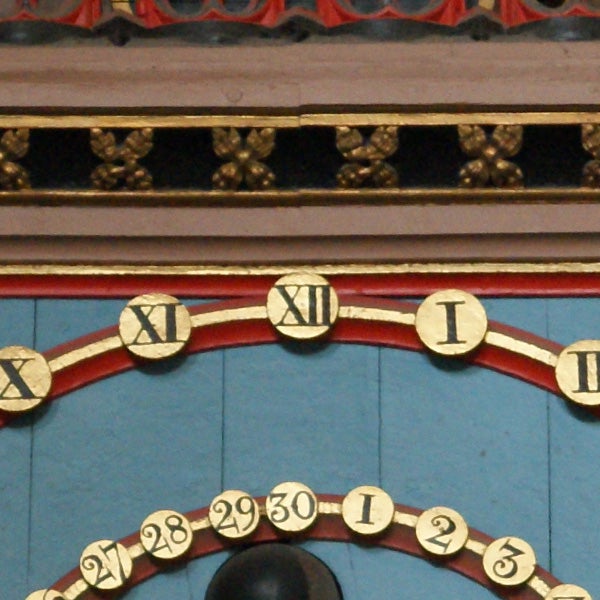 There is a little more visible noise at 800 ISO, but the overall level of detail is still very good. 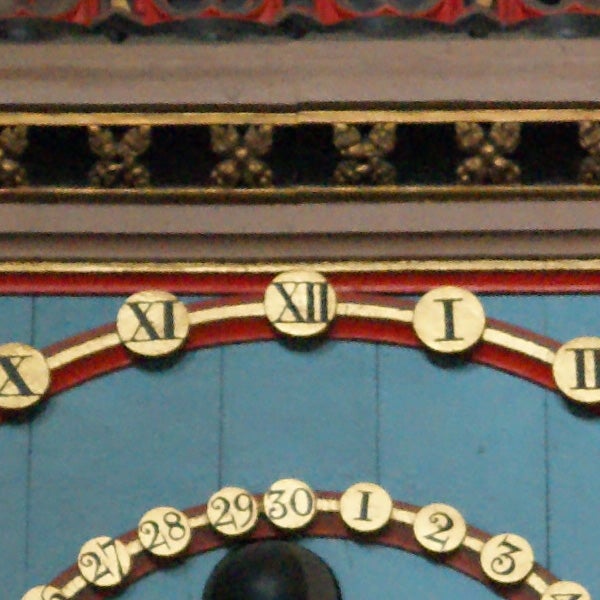 At 1600 ISO the noise in the darker areas is very visible, and the noise reduction has softened the detail somewhat. 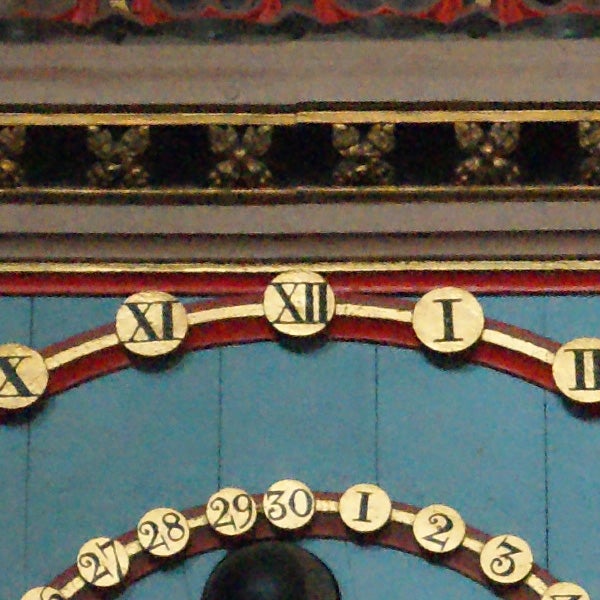 At the maximum 3200 ISO the noise is a lot more noticeable, but the sharpening algorithm has tidied up the edges of the black lettering. 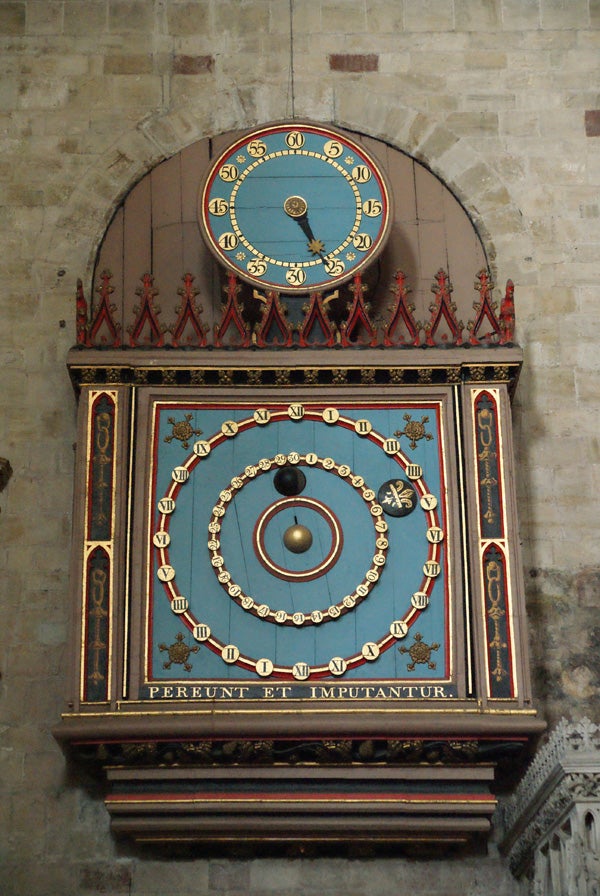 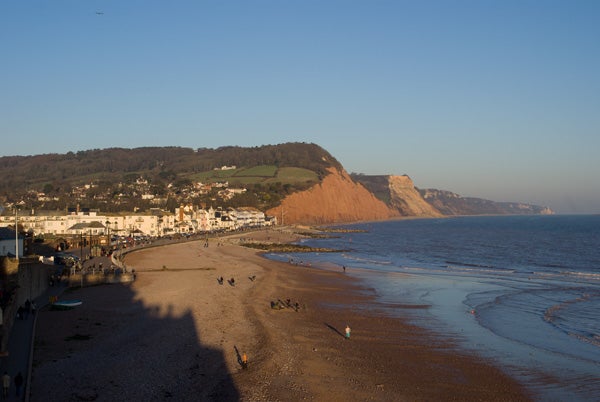 Here’s my usual DSLR test shot of Sidmouth sea front. You can click on the image to view the full-res photo, or see the crop below. This shot was taken using the Carl Zeiss 16-80mm f/3.5-4.5 lens rather than the supplied kit lens, and is processed from a RAW shot using Photoshop CS3. 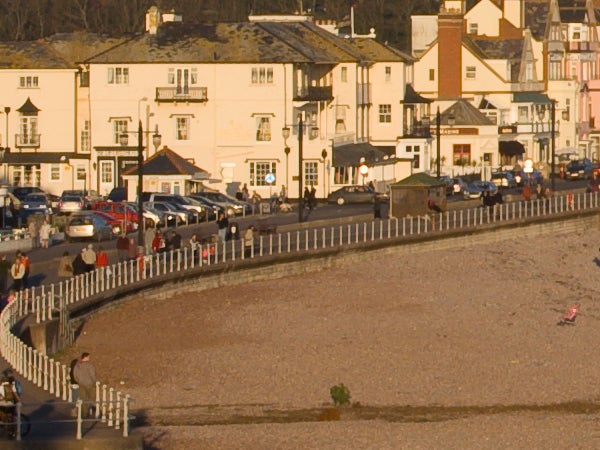 Compare this shot with similar ones from other 10MP DSLRs such as the Pentax K10D, Nikon D80, Canon EOS 400D and Olympus E-510. As you can see the level of fine detail is extremely good, certainly comparable with the best of the competition. 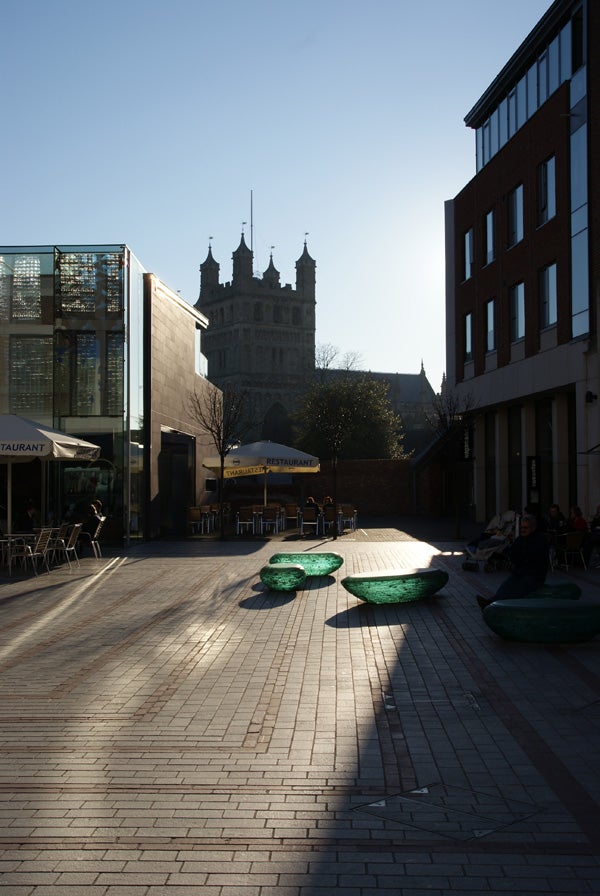 This shot was taken in JPEG mode with the Dynamic Range Optimiser switched off. 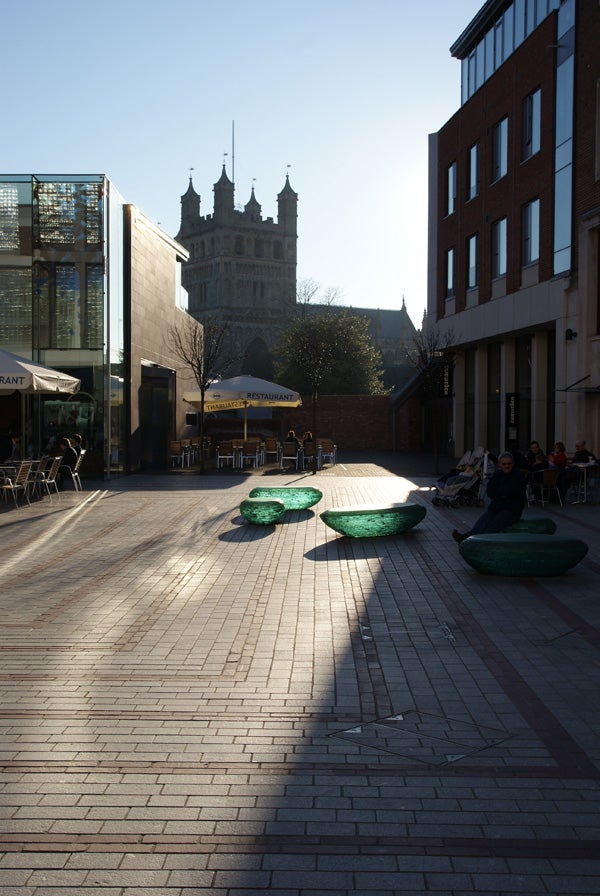 This was taken with the DRO set to standard. 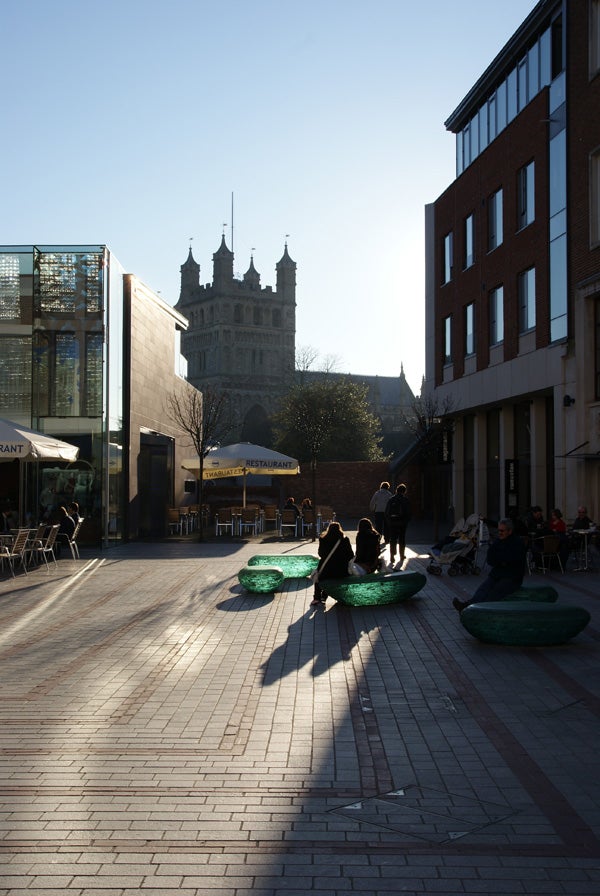 This was taken with the DRO set to maximum. As you can see it does produce noticeably greater shadow detail with no loss of highlights. 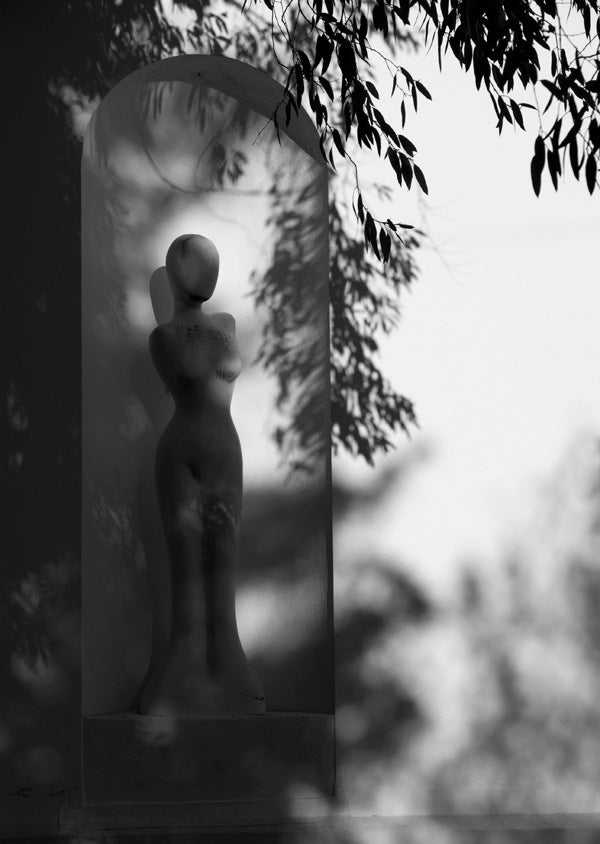 Using the RAW mode it is easy to adjust the exposure, contrast, saturation and other parameters to get just the shot you were looking for. Click on this picture to download a full-res JPEG converted directly from the original RAW file. 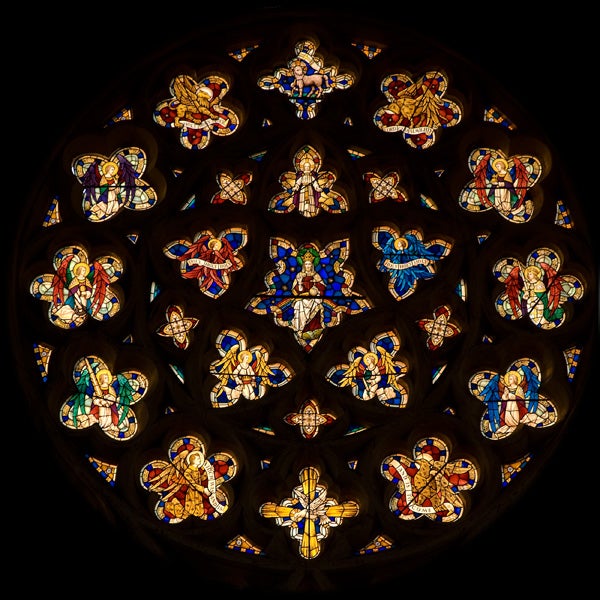 This one was shot in JPEG mode and then cropped and masked, but no colour or exposure adjustments have been made. Click on the image to view the original JPEG image full size. 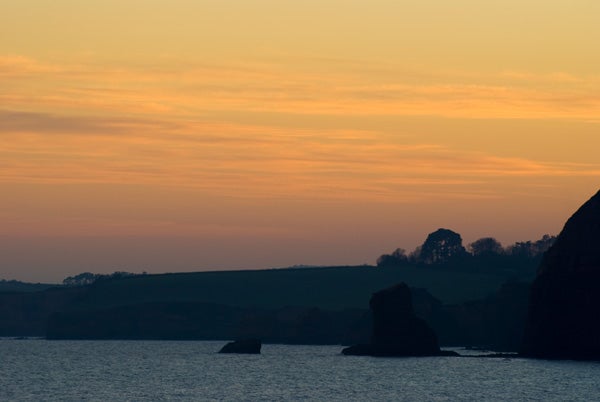 This is another image processed from a RAW file original.