The Sony Alpha 7R V is the newest camera to join Sony’s Alpha series of mirrorless shooters and the follow-up to 2019’s incredibly high-resolution A7R IV.

The biggest upgrade here is the camera’s new AI processing unit, which leverages deep learning to recognise and track humans with better accuracy. Other key upgrades this year include a new 4-axis multi-angle monitor and the BIONZ XR image processing image, which launched on the A7S III back in 2020 and can also be found on the A7 IV.

I was given the opportunity to test out the Sony A7R V at a dance studio during Sony’s product launch event. Read on for my first impressions of the camera.

Visually, the A7R V looks very similar to the A7R IV. The camera feels small and surprisingly lightweight and most of the buttons and switches remain in the same place, meaning it shouldn’t be hard to adjust if you’re coming from the previous generation.

Along with a 9.44 million-dot electronic viewfinder, there’s a new 4-axis multi-angle LCD monitor. Where the monitor on the A7R IV was limited to tilting up and down and presented a challenge for vloggers, the display on the A7R V opens out to the side and tilts in a variety of directions.

I found the monitor to be bright and sharp, making it easy to see when an image is in focus. It’s also very versatile, meaning I wasn’t forced to lie down or twist my neck in uncomfortable ways when shooting from low down on the floor.

The menu has been revamped too, offering more touch control. You can now swipe up from the bottom of the screen, for example, to access a variety of settings. This is especially useful if you’re using that new side-opening monitor to record yourself.

The camera has two CFexpress Type A slots and supports high-speed data transfers over Wi-Fi and USB-C.

Like the A7R IV, the A7R V features Sony’s highest resolution 61-megapixel full-frame image sensor. However, this time around the camera has also been upgraded to the BIONZ XR image processing engine previously featured in the A7S III and the A7 IV.

According to Sony, pairing the BIONZ XR with the A7R’s high-resolution sensor enables new breakthroughs in subject recognition and capture for both photography and video. This includes the ability to deliver the highest resolution at low sensitivity yet in the Alpha series.

Of course, the biggest news here is the upgraded subject recognition autofocus thanks to the addition of a new AI processing unit.

The AF now has more information about human pose estimation, improving its accuracy, while deep learning allows it to learn to recognise new subjects, such as different animals, over time.

Subject recognition supports a number of new subject types, including cars/trains, planes, birds and insects, along with the usual people and animals, and Sony has also included a focus bracketing feature for the first time on a 7R camera, which is something Sony fans have long been asking to see on the series.

The human AF is able to jump between recognising bodies, faces and eyes quickly and accurately. It can even estimate where eyes are located behind sunglasses, which is something I tested out at the event.

I watched as the focus point detected and remained on the eye – or where it would be – as the model walked toward me. I did find the focus had a tendency to jump to the face when he reached a metre or so away, but the majority of the time it remained firmly on the eye.

I also used the camera to capture the model in motion during a dance performance and found the burst mode to be very fast, capturing movement in sharp detail. I also think that the focus did a great job of latching onto the model’s eye whenever he spun to face the camera, as well as settling back on his body when he turned away.

The image stabilisation system has also been given an update with advanced gyro sensors and optimised image stabilisation algorithms offer 8 steps of compensation for stills. This also allows for upgrades the to Pixel Shift Multi Shooting feature, which composites multiple pixel-shifted stills together to create one high-resolution image, though I didn’t get a chance to test this feature out during the launch event.

Finally, the A7R V is capable of capturing 8K footage at 24/25p this time around, as well as 4K at up to 60p, though the 8K comes with a 1.2x crop. The camera also supports the improved subject recognition tracking when recording video, as well as breathing compensation and in-body image stabilisation. Though, I’d want to test the video settings in a full review to give my verdict on this. 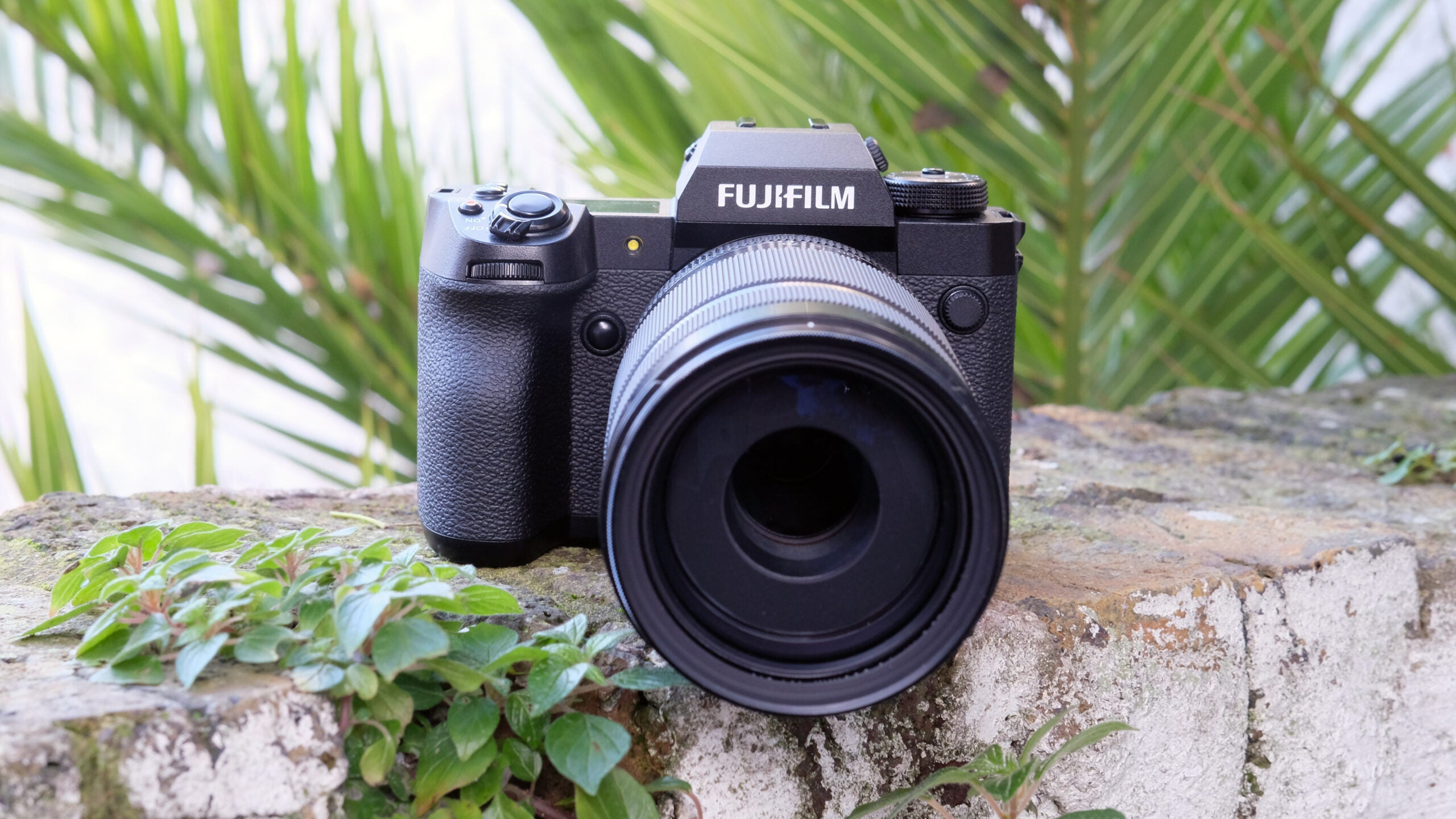 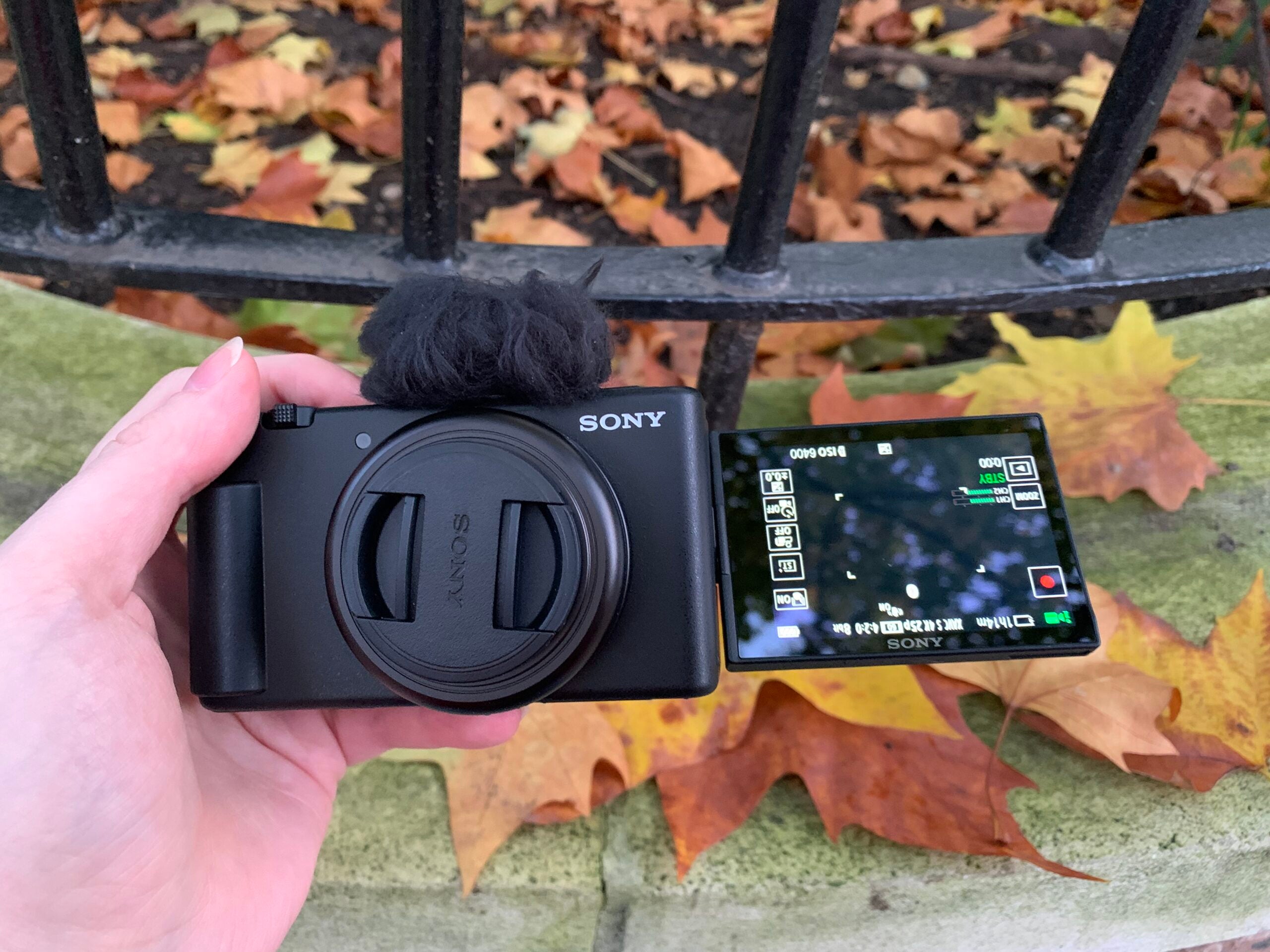 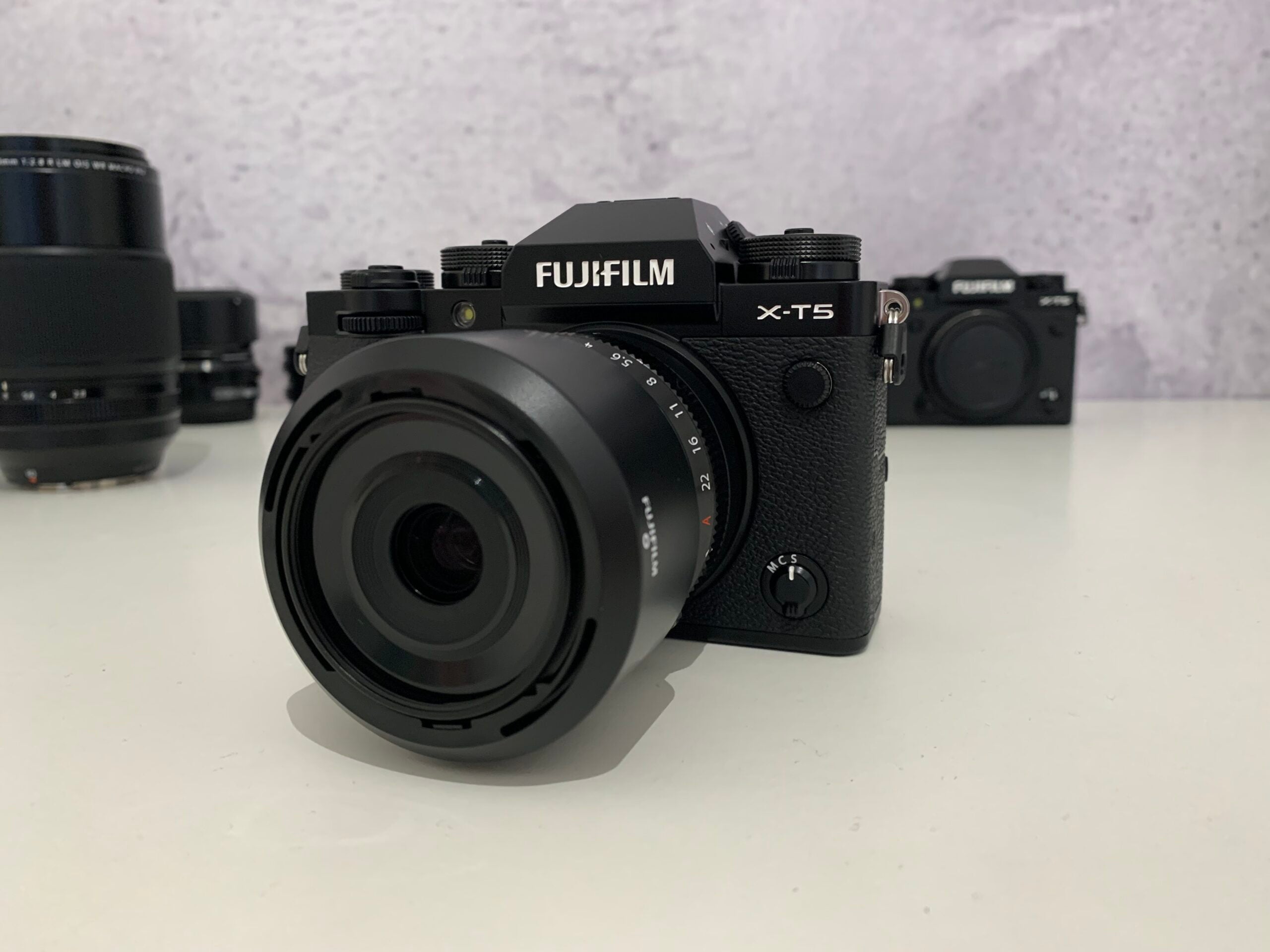 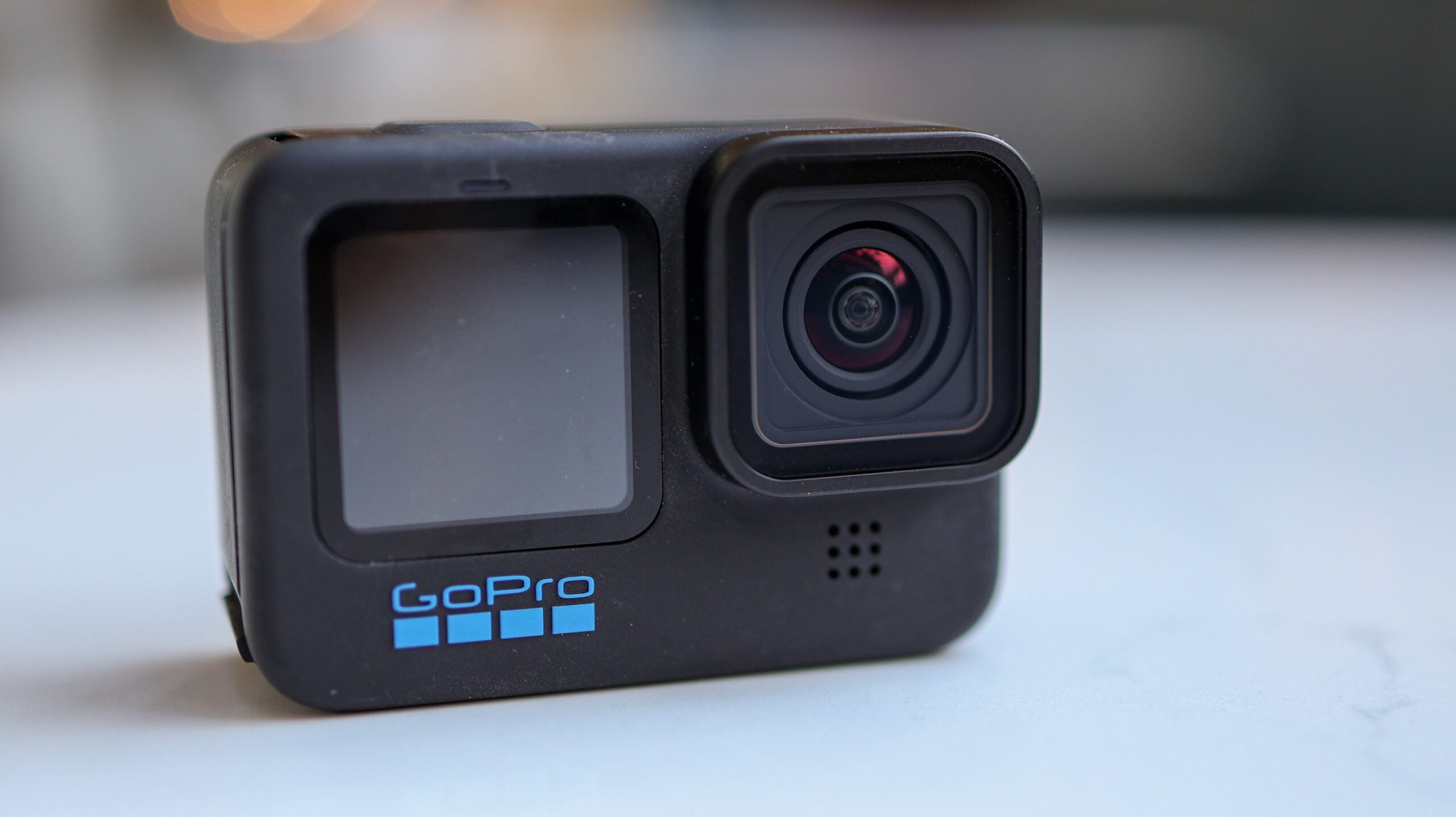 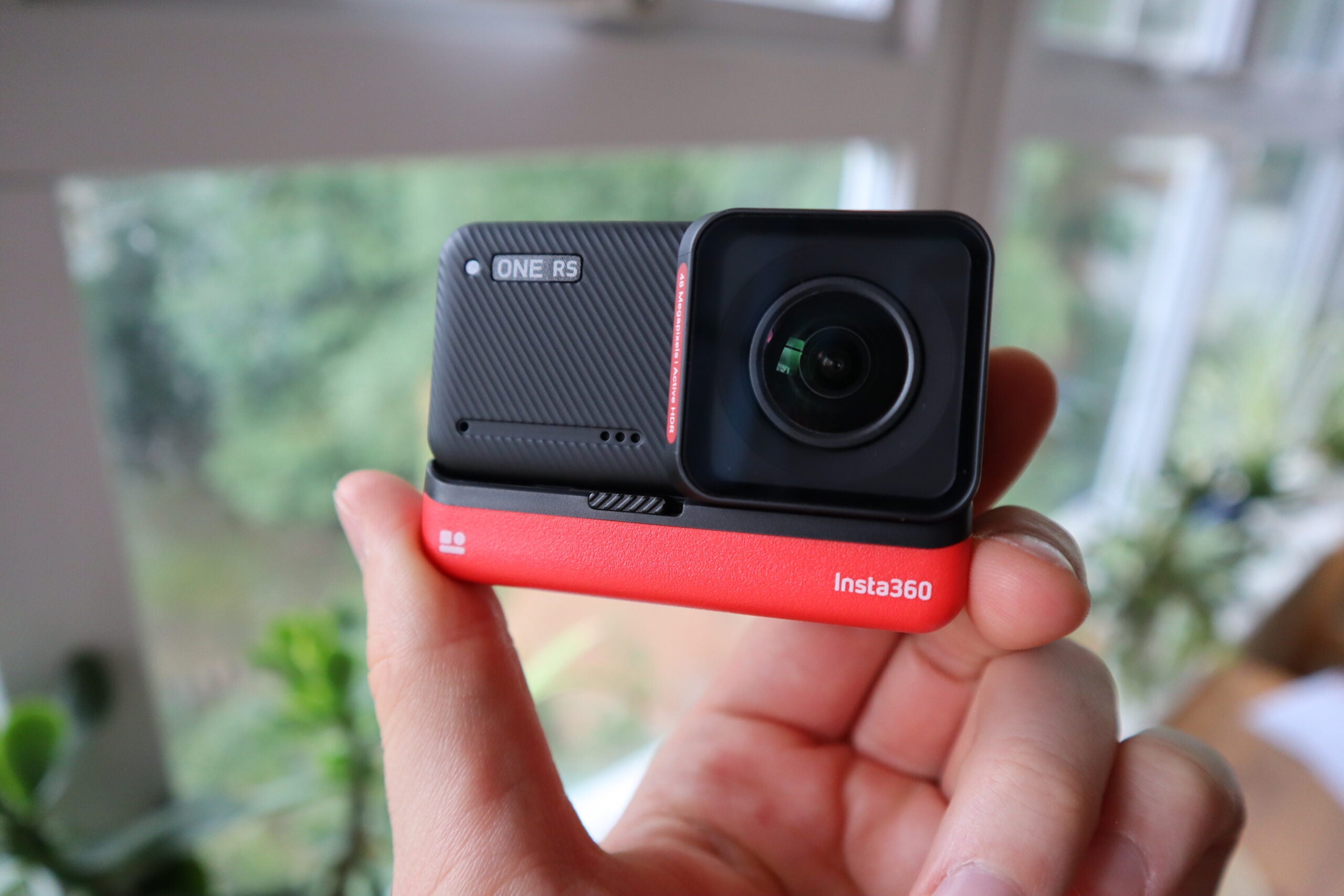 ‹
UK RRP
EU RRP
Manufacturer
Video Recording
IP rating
Zoom
Autofocus
Burst shooting (mechanical shutter)
Burst shooting (electronic shutter)
Viewfinder
Screen
Image stabilisation
Wi-Fi
Number of Memory card slots
Microphone port
Headphone port
Lens mount
Sony A7R V
£3999
€4499
Sony
Yes
No
Yes
Yes
Yes
Yes
Yes
Yes
Yes
Yes
2
Yes
Yes
Yes
›
A 'hands on review' is our first impression of a product only - it is not a full test and verdict. Our writer must have spent some time with the product to describe an early sense of what it's like to use. We call these 'hands on reviews' to make them visible in search. However these are always unscored and don't give recommendations. Read more about our reviews policy.