Let’s face it: you probably don’t need to take 61-megapixel photos, which makes the A7R IV a tough camera to recommend at its current asking price. That being said, it’s a fantastically powerful product that offers a surprising amount of speed and convenience for such a hi-res camera, and if it were more affordable we wouldn’t hesitate to award this impressive all-rounder a higher score. As it stands, cheaper models like the A7 III and A7R III make a lot more sense for the majority of buyers, so we’d definitely advise looking at those first.

Like all its predecessors in the A-series, the A7R IV is a conveniently compact mirrorless system camera with a full-frame sensor – an arrangement that was once in itself an impressive achievement.

This time around the sensor holds a staggering 61 megapixels, making it the highest resolution full-frame camera on the market; if you want more detail than this, you need to start looking at much heftier and pricier medium format models like Fujifilm’s GFX series.

The question that immediately springs to mind is, “Do I need that much resolution?” and it’s a pertinent one, even if the A7R IV has, on paper, plenty else going for it besides an ability to render lots and lots of detail. At £3,500 without a lens, it’s about twice the price of Sony’s beloved A7 III. We spent a few days shooting with the camera to determine if it really is worth the investment.

Design – The A7R IV is compact and complex

Holding this camera in your hands, it’s quite astonishing to think that there’s a 61-megapixel sensor inside. It’s small and relatively lightweight, with a nice fat grip to wrap your right hand around and a control layout that feels intuitive to use.

Not only are several dials located within easy reach of your fingers and thumb while holding the camera, it also features a textured thumb-stick that can be used to quickly shift the focus point or jump around menu options. 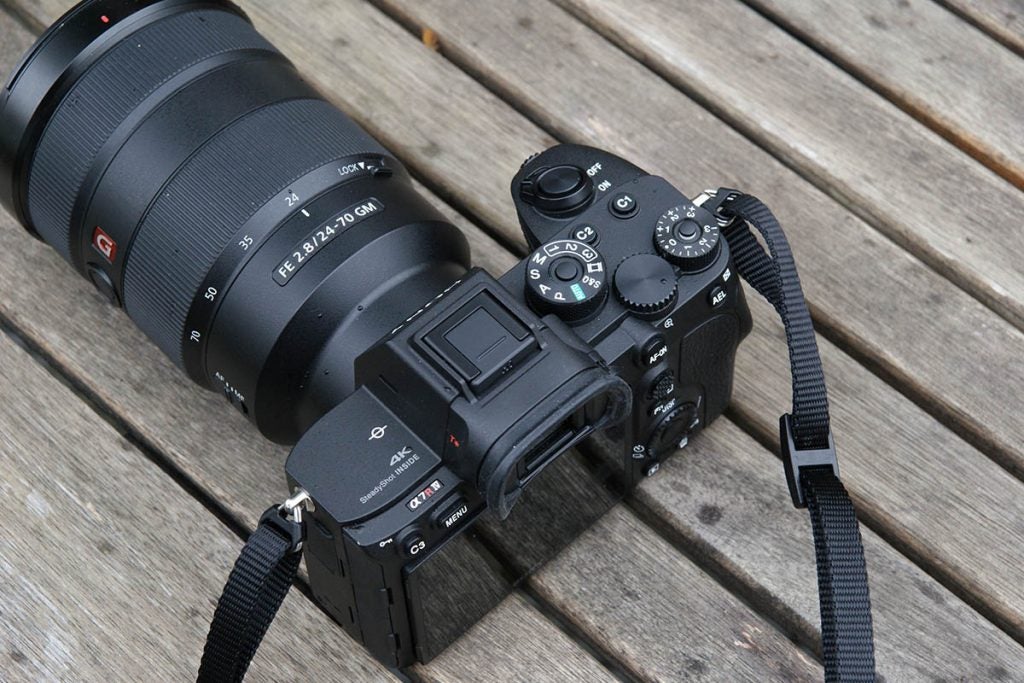 Speaking of the menu, it’s a big ‘un, and complicated. Sony receives a lot of stick from reviewers for its camera UIs, and they have a point: you often have to flick through a lot of screens to get to a particular setting, and the way they’re arranged isn’t particularly intuitive. Once you’ve got to grips with where things are, this won’t be so much of an issue, but getting to that point of familiarity might take a while

Build quality is excellent, as you’d hope from a camera that costs this much. The frame is constructed from tough, rigid magnesium alloy and everything is weather-sealed; we think you’ll get many years of use out of the A7R IV.

As with other A-series models, the A7R IV offers both an LCD touchscreen and an OLED viewfinder. The former is a 3-inch 1.4-million dot TFT monitor that can be tilted up or down (but not forwards – sorry, vloggers and selfie addicts), while the latter measures a mere 0.5 inches across but crams in 5.76 million dots (the most yet seen on a Sony camera). 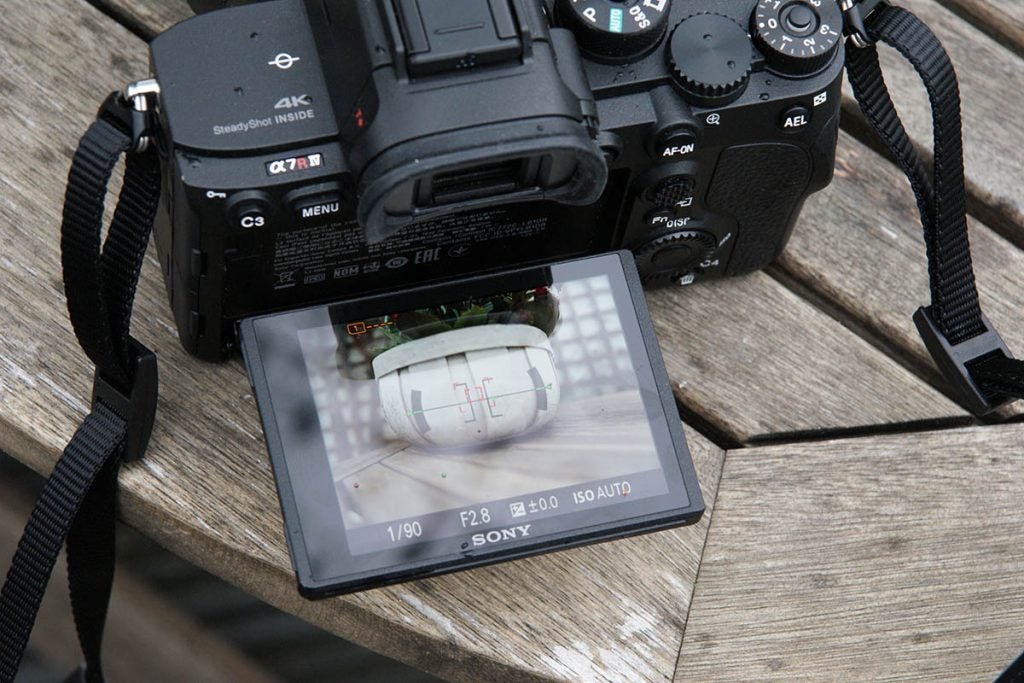 As with other A-series models, the A7R IV offers both an LCD touchscreen and an OLED viewfinder

The viewfinder is beautifully crisp, lag-free and very natural-looking (you can even set it to an ultra-high frame rate of 120/100Hz if you want), while the screen is sufficiently bright and punchy to be usable outdoors on a sunny day. We didn’t have much cause to use its touch functionality, but it’s great for quickly setting a focus point.

The only significant improvement we could envisage here is for the screen to somehow tilt forwards and/or to the side as well as up and down. Otherwise, both displays are fantastic.

Sony’s autofocus system has long been among the best around, and here you get the real-time tracking previously seen in the A6400 and A9 models. This mode is superb for shooting a moving subject, as it’ll keep a steady lock on people and animals (yes, the camera can recognise your pet) via eye and facial recognition as they shift around the frame. 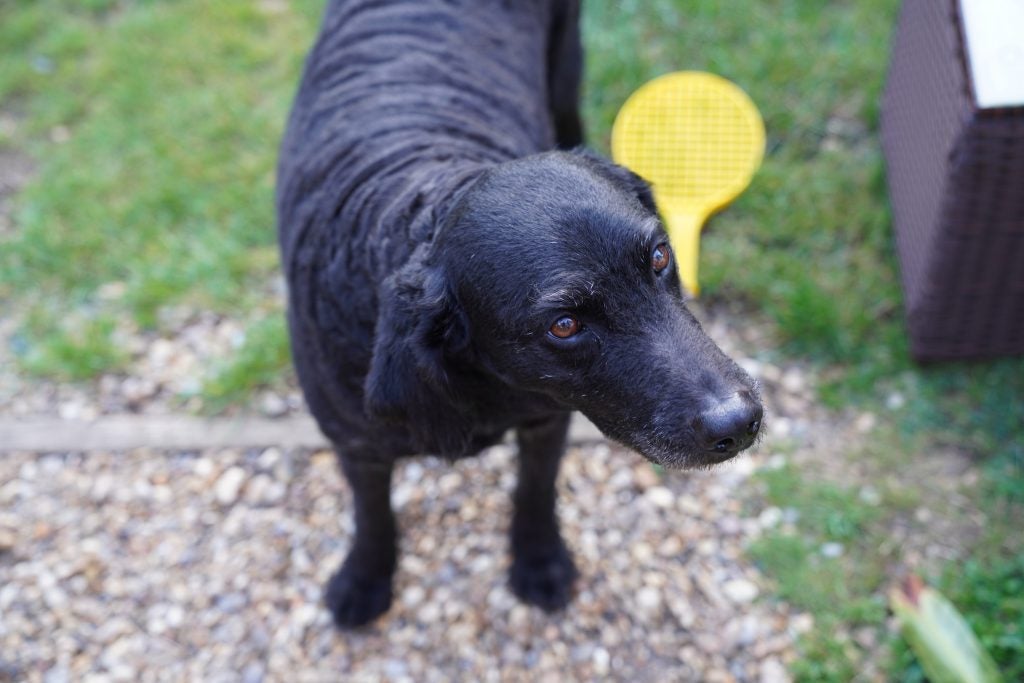 This mode is superb for shooting a moving subject, human or not

The sheer amount of focus points available helps with the accuracy: 567 for phase detection and 425 for contrast detection, covering the vast majority of the frame. Point the camera at a cat with all the options turned on and you can see the real-time AF at work, with a box appearing at and following the cat’s eye as both it and the camera move. It’s clever stuff and something that portrait and wildlife photographers will doubtless come to love.

If you thought a 61-megapixel camera must necessarily be sluggish, think again: the A7R IV can shoot continuously at up to 10fps and, coupled with that slick and swift autofocus, that makes it something of a speed demon. The twin UHS-II card slots are another nod to speed too, letting you store hi-res video and stills without delay.

Photo and video quality – Detail to die for

The camera’s 61-megapixel image work out at a resolution of 9504 x 6336. That’s a lot of pixels, sure, but quite hard to visualise. To get a true idea of the detail on offer here, think printed posters: at 300dpi quality, each full resolution shot here could be printed out as a 31-inch by 21-inch poster. 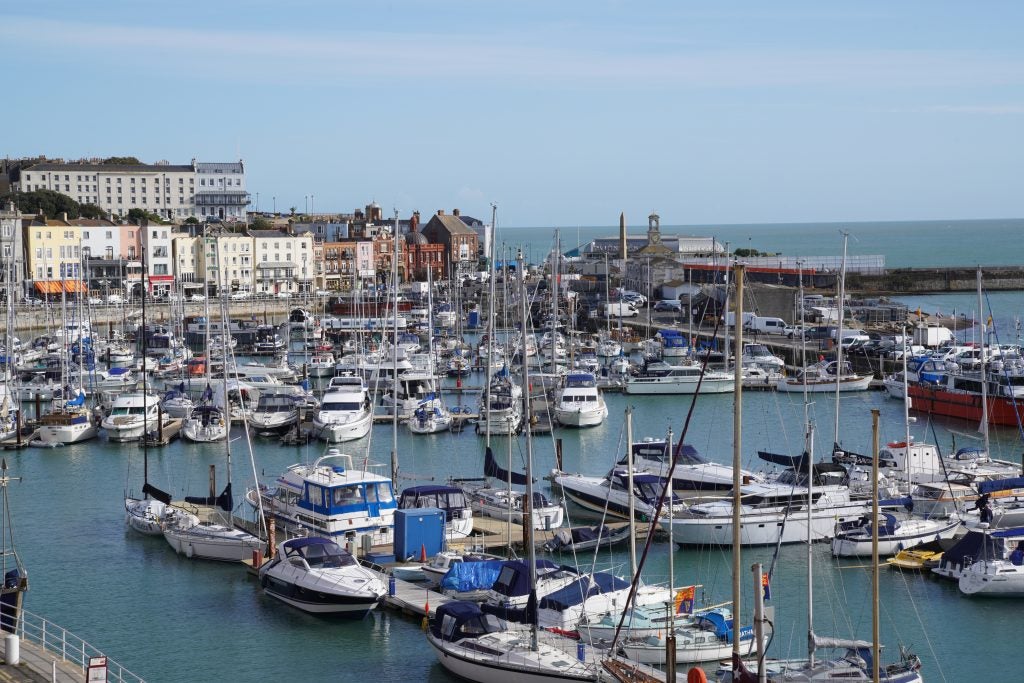 Lots of pixels, and lots of detail

It would be a great-looking poster, too: the camera’s colour depth and dynamic range are fantastic. One of the advantages of the camera’s resolution is that it offers strong scope for cropping, and in fact there’s even an APS-C/Super 35mm mode built-in to do this automatically but, aside from that, it’s hard to call 61 megapixels essential unless you’re consistently printing out huge images. The question remains: do you actually need that much detail? 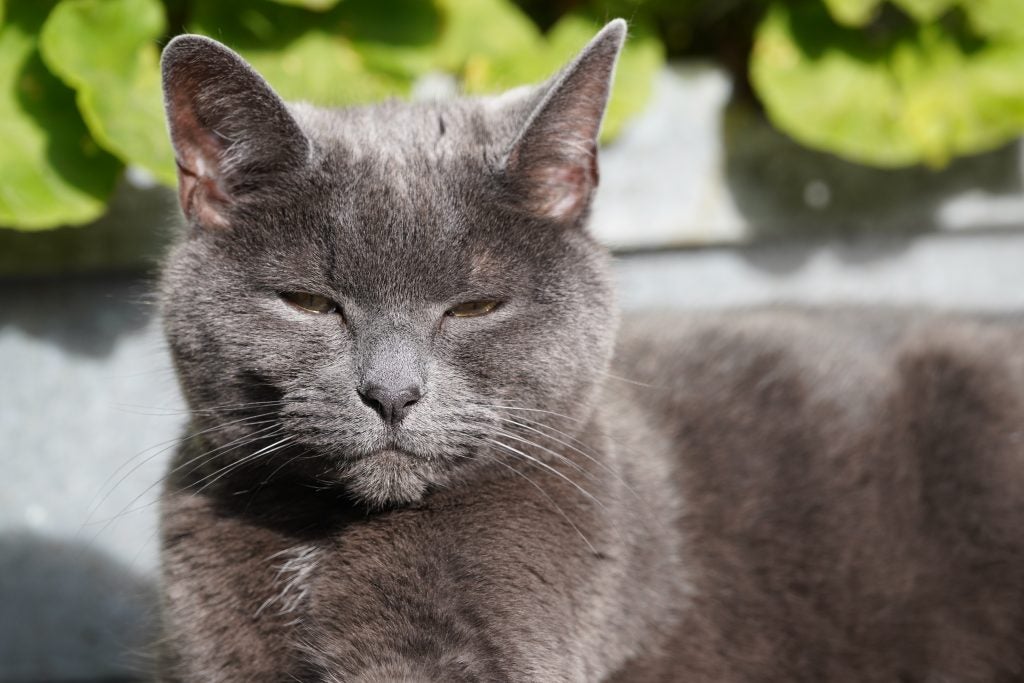 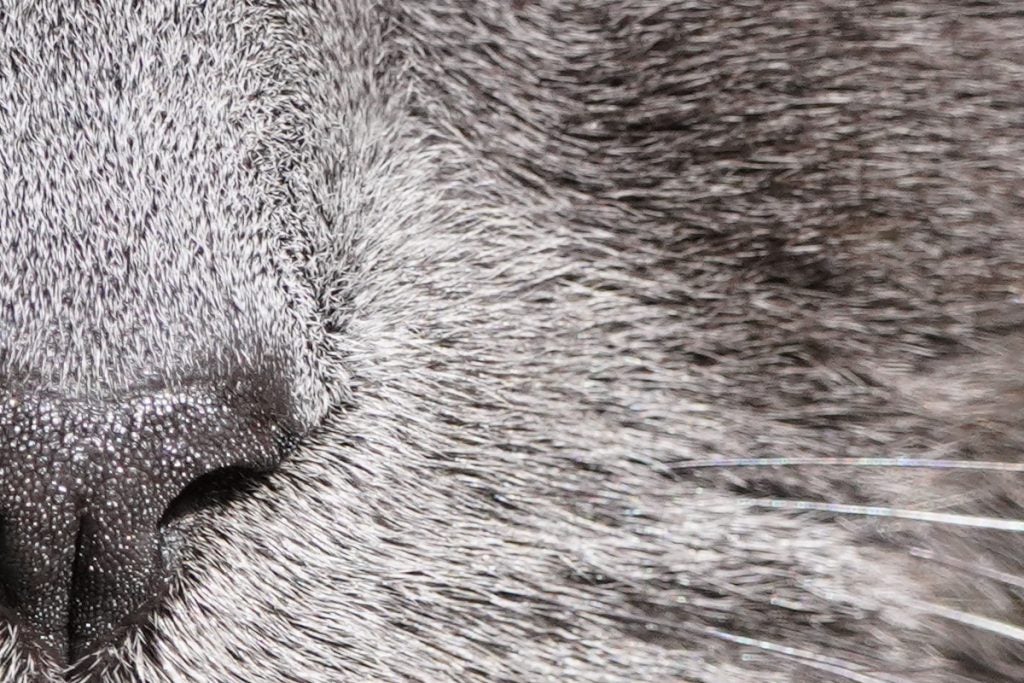 Cropping in, you can see the extreme level of detail captured here

Sony’s Pixel Shift mode takes things to even greater heights, moving the sensor slightly and shooting multiple times to create incredibly detailed composite images. You’ll need a tripod for this, but the resulting 240-megapixel photos are staggering in their sharpness. A clever, well-implemented and ultimately impressive feature – but arguably one only a few landscape photographers will ever use. 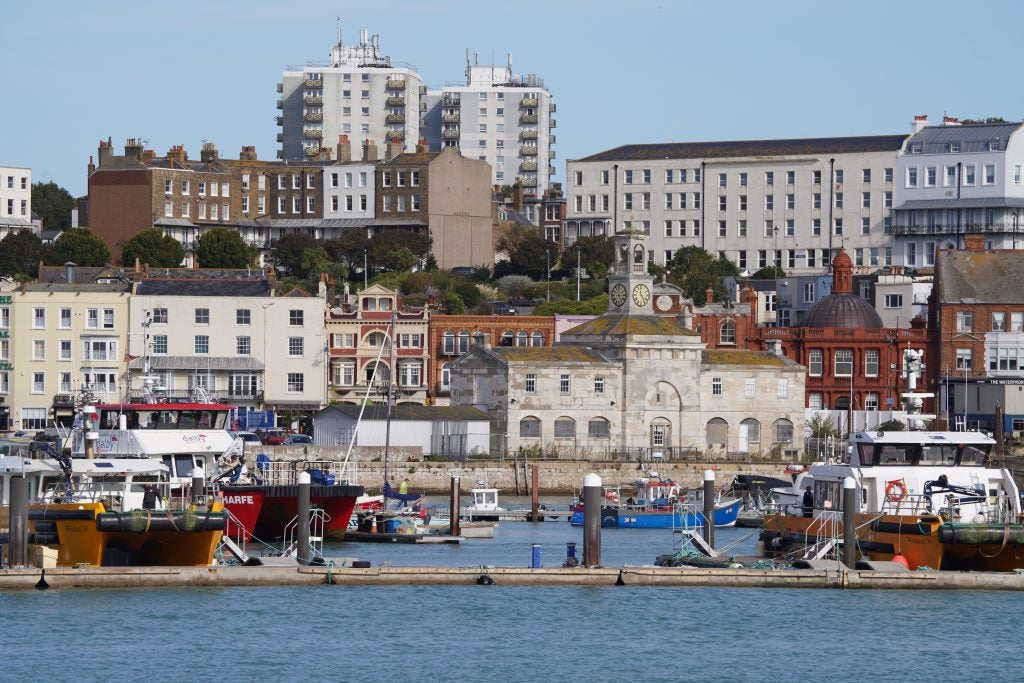 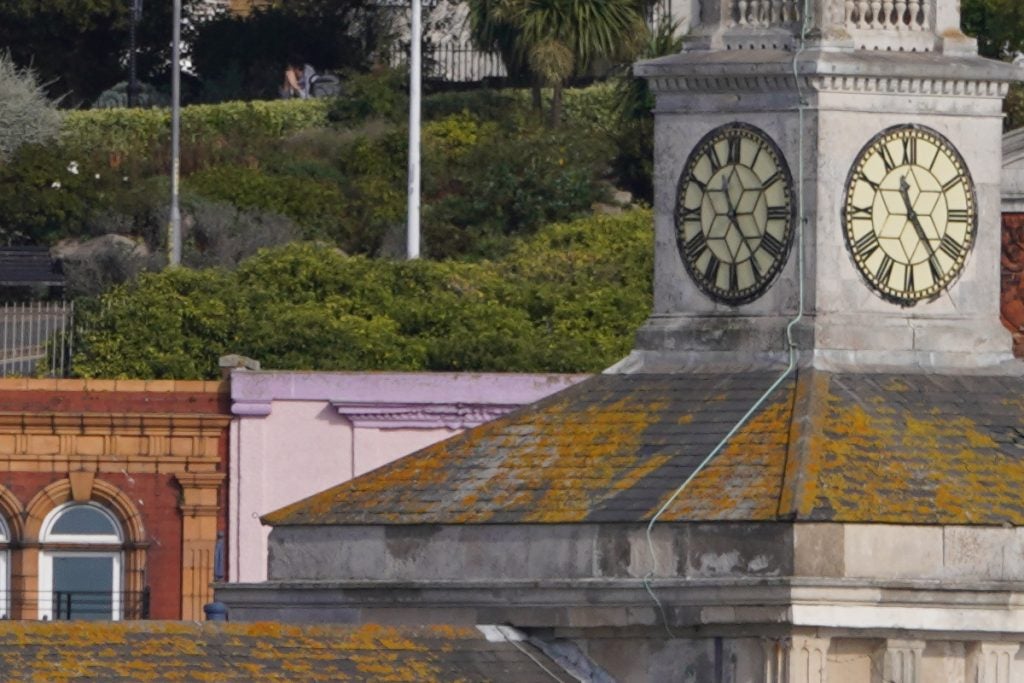 And cropped again, showing the impressive level of detail and sharpness of the image

The A7R IV also does video recording, of course, and its 4K 24/30fps quality is superb whether you use the full-frame or Super 35mm setting (although you may notice some rolling shutter in full-frame clips). The camera records at 6K quality before downscaling to 4K, and the resulting videos are rich in detail and contrast. Videos also benefit from the excellent autofocus system, so it can track human faces and other moving objects very effectively.

Should I buy the Sony A7R IV?

There’s no doubting the qualities of this camera. It’s among Sony’s best and it manages to pull off the tricky balancing act of tempering its exceptional detail while being genuinely easy to use for general day-to-day photography. It’s fast and relatively compact, well-constructed and just a great all-rounder in general. 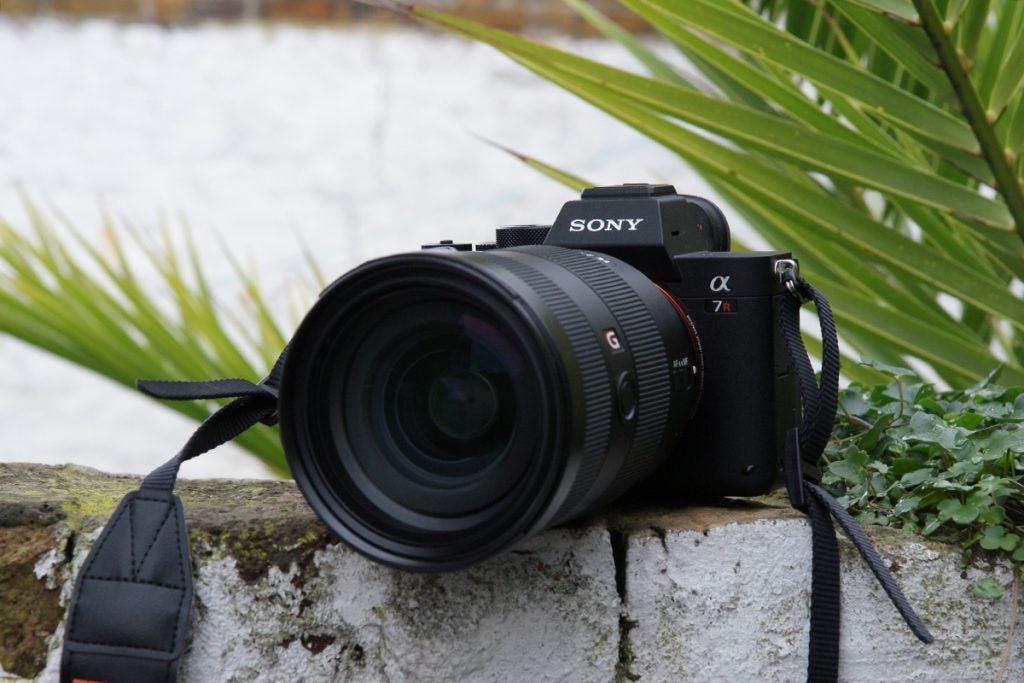 There’s no doubting the qualities of the A7R IV

The problem is, it’s £3,500 and, for the vast majority of users, its 61-megapixel sensor is just not necessary. If you really, really need that much detail (and you’d probably have to be a professional photographer to claim as much), it’ll prove its value – but even those with very demanding quality control will find the A7 III, at around half the price and functionally the A7 IV’s equal in many ways, to be more than adequate for their requirements.

For most of us, the A7R IV is simply overkill, and for that reason it’s difficult to recommend. That’s not to say it isn’t a fantastic piece of tech, and as its price drops in the coming months and years we can see it becoming a much more tempting prospect.

Let’s face it: you probably don’t need to take 61-megapixel photos, which makes the A7R IV a tough camera to recommend at its current asking price. That being said, it’s a fantastically powerful product that offers a surprising amount of speed and convenience for such a hi-res camera, and if it were more affordable we wouldn’t hesitate to award this impressive all-rounder a higher score. As it stands, cheaper models like the A7 III and A7R III make a lot more sense for the majority of buyers, so we’d definitely advise looking at those first.