While the Sony Alpha 7 is a CSC in the traditional sense, in terms of design it’s certainly more akin to its DSLR – or SLT – siblings than its NEX stablemates.

One benefit of the design being more akin to a DSLR is that the Alpha 7 features a large and pronounced handgrip. The handgrip offers a solid grip of the camera and feels really comfortable in the hand and when shooting and reviewing images. The DSLR-esque design is carried through to the model’s profile, with the EVF sitting centrally and providing the camera’s top plate with an angular point. 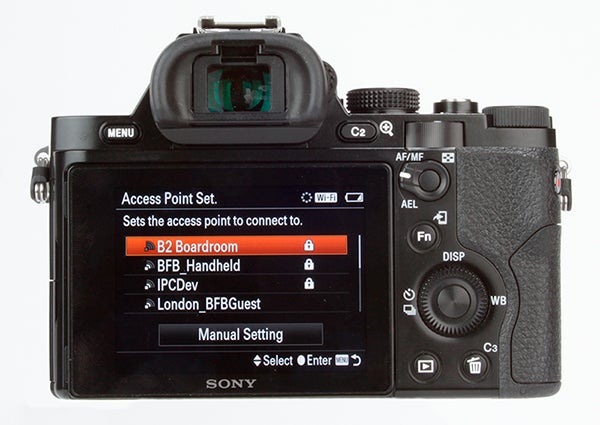 While it’s much more compact than a traditional DSLR it could be argued that it’s not as aesthetically pleasing as some competing CSC models, and for some its functional and almost utilitarian form won’t be to their liking. This utilitarian form factor does, however, lend a sturdy and rugged feel to the camera. This is further aided by the model’s magnesium alloy body construction which itself benefits from dust and moisture sealing.

Although the large LCD screen does take up a substantial amount of real estate on the rear of the Alpha 7, there’s still enough room for a variety of controls.

The most useful of these controls are the pair of customisable buttons that can have any of up to 46 functions assigned to them to suit the photographers individual needs. The centre of the scroll wheel is also customisable, while the surrounding wheel can be used to scroll or as a 4-way d-pad control.

This level of customisation is a further indication of the Alpha 7’s pro spec and targeting, marking it out as one of the best specified CSCs yet. 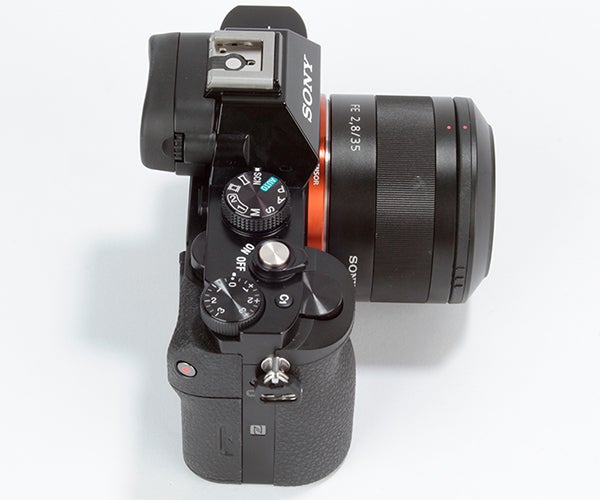 On the whole the Sony Alpha 7 is a capable performer, with a general level of performance at least matching its impressive feature set.

While the plethora of custom controls are very welcome you really need to put a bit of time and effort in to their configuration to get the most out of them. For example, out of the box several of the controls are set up to what’s probably not the optimal configuration. The A7’s control dial adjusts the camera’s ISO setting as standard, and while that may work for some it seems much more sensible to apply it to one of the other custom buttons available. 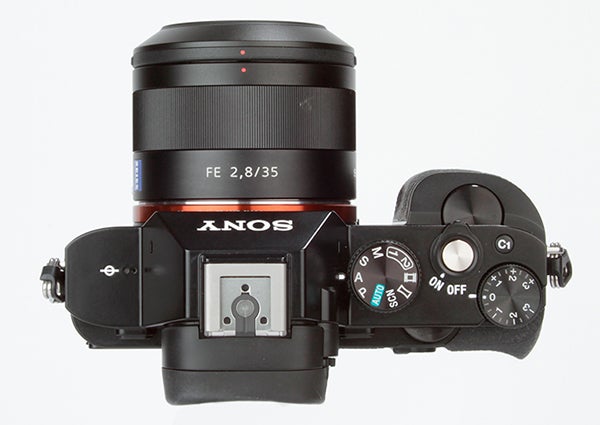 It’s good news that the Alpha 7 has inherited the EVF from the Alpha 99, as much like on that camera the EVF is very impressive. It delivers an excellent level of clarity and resolution, while the refresh rate and level of magnification are also welcome. The EVF is not only one of the most impressive of its type but there are also times where its presence is preferable to an optical viewfinder, such as when shooting in low light conditions.

It presents a clear representation of the scene where before it might have been difficult to make out details, but it also gives an accurate display of the exposure of a scene about to be captured at the current settings.

It’s also worth noting that, while the resolution on the rear display isn’t necessarily the highest on the market, the screen itself is excellent. It offers a wide dynamic range and a level of contrast and clarity up with any on the market. Some may lament the lack of a touchscreen monitor, and the fact that you can’t touch scroll through images and pinch to zoom is a disappointment, although on the whole it’s omission isn’t necessarily the be all and end all thanks to the comprehensive control set-up. 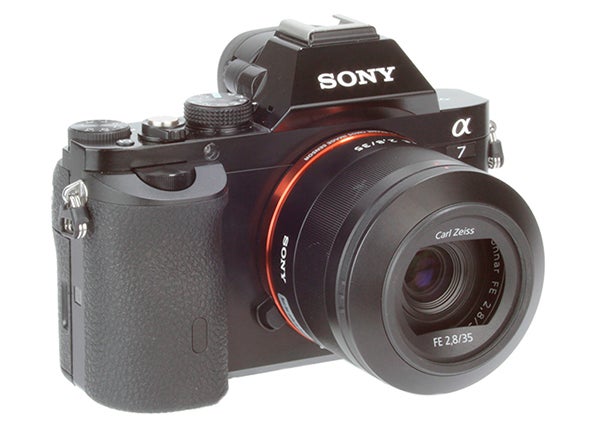 As mentioned previously, the Sony Alpha 7 features a hybrid AF system – the combination of on-sensor phase-detect pixels and a standard contrast-detect set-up. On the whole this combination delivers prompt AF performance, even coping well in poorly lit conditions, but it isn’t a complete success. iIthe Continuous AF setting it struggles to hold focus on a moving subject, and in some instances it struggles to acquire focus to begin with.

However, once again thanks to an impressive degree of customisation, the chances are you’ll be able to find a focusing mode that suits your needs.

Previous
Sony A7 Review Next
Image Quality and Verdict Review