All the a6000’s controls are easy to access and operate. Within a short time of using the camera I could adapt controls swiftly without even looking at the LCD or averting my attention away from compositions.

The a6000’s dual shutter and aperture controls are found on its shoulder behind the shutter dial and the selection wheel. And cleverly Sony has placed a movie record button just on the outer side of where the thumb naturally rests on the moulded rubberised grip (which houses the battery and memory card and is where most of the camera’s weight comes from), so that it’s easy to access but much harder to accidentally press. 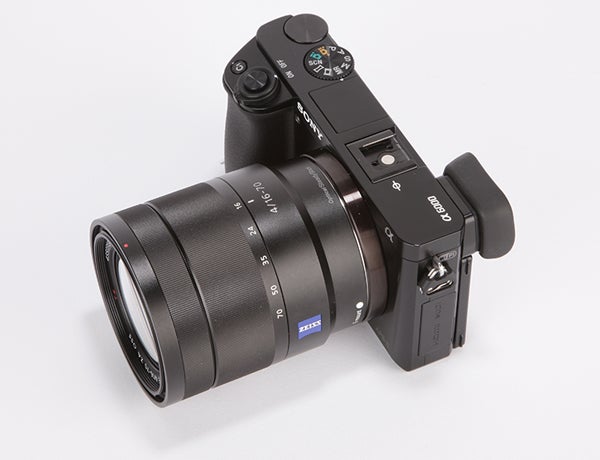 As for the camera’s other buttons, custom buttons C1 sits beside the shutter button while C2 can delete images during playback mode and can be set to a number of functions and quick-access menus.

The Fn button is above the rear control wheel and can be used to open the shortcut menu as well as to connect to a smart device for image transfer. while Auto exposure lock (AEL), main menu and manual flash buttons are all along the top of the 3-inch, 921,600-dots tilting LCD screen. 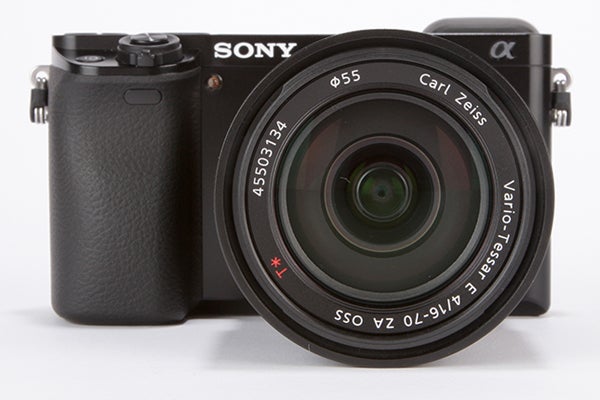 Finally the Sony a6000 contains a pop-up flash, with a guide number of 6 metres at ISO 100, along with a multi-interface shoe 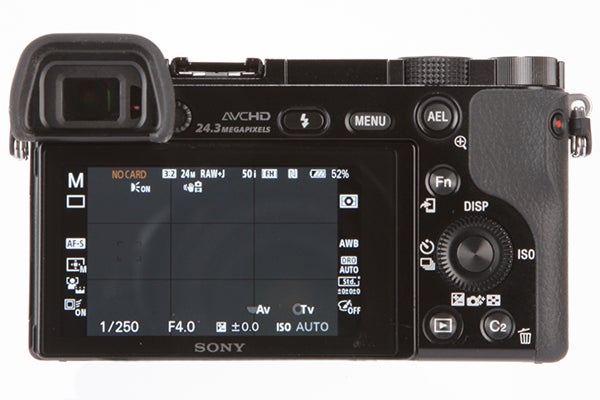 On the whole performance is as impressive as it was before. The 179-point hybrid auto-focusing system, in particular, performs superbly. The response time is exceedingly fast with no discernible shutter lag – when the shutter button is half pressed to lock-on to a subject or a scene, focus is almost instantaneous, even in relatively low ambient light.

Meanwhile, using the improved phase and precision contrast-detection in combination means the camera can create a 3D map of the subject and read the distance of each element in the focus area.

The lock-on AF has also been given some extra vim and now lenses can be driven 35% faster then on the NEX-6. 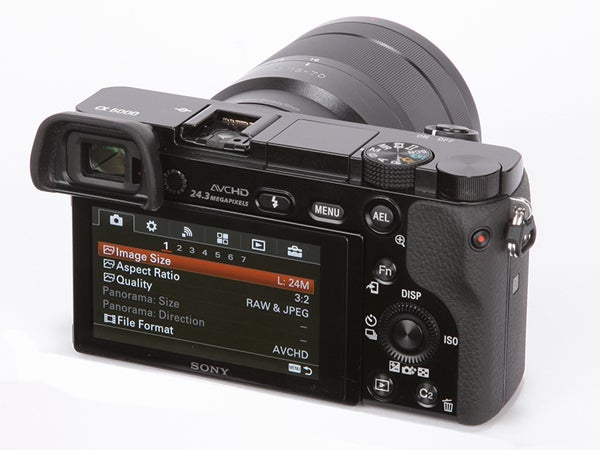 In use, the a6000 switches focus points rapidly when tracking subjects using 11fps hi-speed continuous burst mode. This is visualised by small red AF points lighting up in the display as your subjects move across, towards or away from the frame. The performance is so good that it’s akin to shooting fast-moving subjects with a Nikon D4S or a Canon 1D-X, for a fraction of the price. Focus did drop on a few occasions, but I was able to capture so many frames either side of those in question that it wasn’t a problem.

On paper the a6000’s EVF may seem to be a downgrade considering the 0.5-inch 2.3-million-dot XGA OLED version on the NEX-6. Even the levels of magnification are slightly lower, from 1.09x in the NEX-6 to 1.07x, which is equivalent to 70x in 35mm terms. However, the EVF offers a 100% field of view, which is clearer and more vibrant. Meanwhile, the refresh rate is impressive with barely noticeable lag when moving the camera. 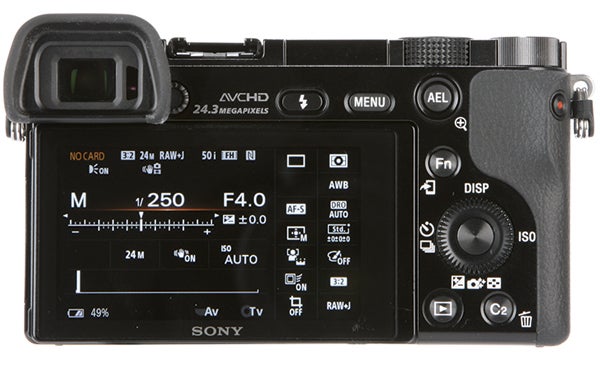 At 921,600 dots the a6000’s 3-inch TFT-LCD is a match for the NEX-6 that it replaces, but it’s not quite as impressive as the pricier Fujifilm X-T1 or even the cheaper touchscreen-operable Olympus OM-D E-M10, both with 1.04-million-dot screens.

The tilting LCD screen’s 16:9 aspect ratio works great for video especially, but leaves two black bars either side cropping the screen when in photo mode.

Previous
Sony A6000 Review Next
Image Quality and Verdict Review